Here is a list of some of the new releases for the week of March 10th, 2019. I am going to divide the list into 4 days because there are so many of them for this week. Today is the third day of my list for this week. Hope you find some selections for your weekly reading. Enjoy and happy reading. 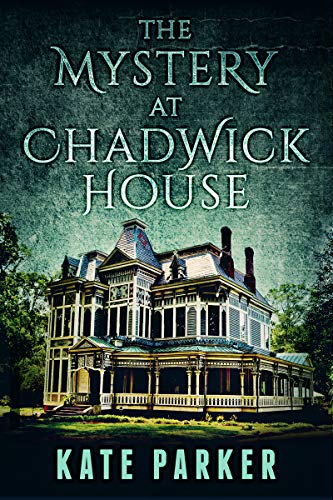 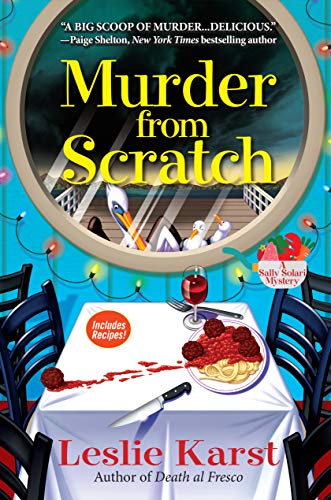 Restaurateur Sally Solari’s cousin Evelyn may be blind, but she can see all too clearly that her chef mother’s death wasn’t an accidental overdose—she was murdered.

Santa Cruz restaurateur Sally Solari’s life is already boiling over as she deals with irate cooks and other staffing issues at the busy Gauguin restaurant. The rainy December weather isn’t cooling things down, either. So she’s steamed when her dad persuades her to take in Evelyn, her estranged blind cousin whose mother has just died of a drug overdose.

But Evelyn proves to be lots of fun and she’s a terrific cook. Back at the house she’d shared with her mom, Evelyn’s heightened sense of touch tells her that various objects—a bottle of cranberry juice, her grandfather’s jazz records—are out of place. She and her mom always kept things in the same place so Evelyn could find them. So she suspects that her mother’s death was neither accident nor suicide, no matter what the police believe.

The cousins’ sleuthing takes Sally and Evelyn into the world of macho commercial kitchens, and the cutthroat competitiveness that can flame up between chefs. In Leslie Karst’s scrumptious fourth Sally Solari mystery, Sally will have to chop a long list of suspects down to size or end up getting burned.  (Amazon) 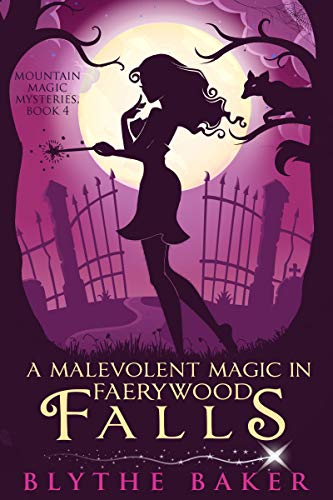 Marianne is finally beginning to feel safe in Faerywood Falls. She’s come to grips with her new magical abilities, and so far, none of the powerful Gifted factions in town have worked out her faery origins. She’s even attracted the interest of two very different men – even if she’s not sure how far to trust either of them.

But everything falls apart with the sudden death of the only person around who seems to know the truth about Marianne’s past. Reeling from the blow of losing her best chance at uncovering more information about her biological mother, Marianne sets out to learn who’s behind the tragedy.

When her investigation brings her into conflict with the Blackburn family, she’ll have to discover once and for all just how far the vampire clan might go to protect their own secrets.  (Amazon) 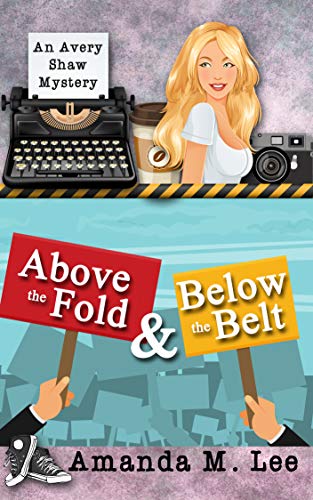 Avery Shaw has taken on her fair share of jerks.
Often, she’s considered the jerk when she takes them down … a role she gladly relishes.
Now, though, she’s taking on a whole faction of jerks.
It seems a battle of the sexes is brewing in Macomb County. A local shock jock, a man who believes women should be home tending children and keeping the house clean while men bring home the bacon, is on trial for sexually harassing his underlings.
His followers believe he’s innocent. Every female empowerment group in the state – and ultimately the nation – believes he’s guilty. That means it’s a media circus, and there’s nothing Avery likes more than a circus.
She has her hands full with this one, though. She very clearly agrees with one side but there seems to be something wrong with the underlying story. When one of the radio personality’s followers is shot in the middle of a rally, ensuring he’s a martyr for the cause, Avery realizes there’s a path to follow … and it’s long and winding.
Avery knows who she wants to win. She also knows someone isn’t telling the truth. It’s her job to find out which side is lying.
It’s all hands on deck for another zany adventure, and everyone is along for the ride. Who’s left standing at the end is anyone’s guess, but Avery smells blood in the water … and she’s going to find the truth no matter who goes down in the process.  (Amazon)
Editions Available:  Kindle, Audiobook 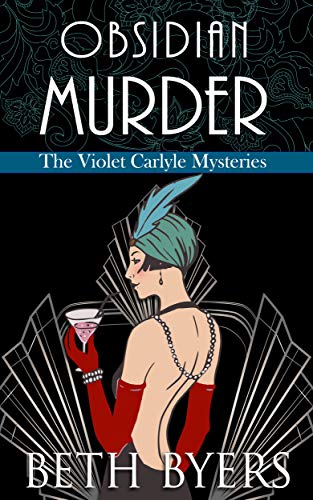 Violet, Victor, and friends intend to celebrate an evening with cocktails, bonfires, and fireworks. What they don’t intend is to find a body instead of their Guy Fawkes. What’s even more baffling? The obsidian blade. Once again, the friends delve into a wicked crime. Tensions rise as they realize that murder wasn’t the only game afoot during the celebration.

Book SEVEN in The Violet Carlyle Mysteries. Are you ready for the roaring twenties? For a spunky young woman determined to craft her own life? If so, you’ll love Vi, her indulgent twin Vic, and their friends. You might even find your imagination caught by the detective Jack Wakefield. For fans of Carola Dunn, Jacqueline Winspear, Georgette Heyer, Leighann Dobbs, and Lee Strauss.

A light, cozy mystery with a fun peek into life in the life of a bright young thing. No swearing, graphic scenes, or cliffhangers.

Rookie bookstore owner Shelby Cox must hit the books to learn the ropes before she loses a killer in the stacks.

Shelby Cox never intended to become a bookseller, so when the former editor returns to her hometown of Alexandria Bay, nestled in upstate New York’s breathtaking Thousand Islands region, to take over her aunt’s bookstore, she has no idea what to expect. To her amazement, she discovers that she now owns a fifty-percent share in Bayside Books, and will also run the store’s second location in the majestic castle on nearby Blye Island.

But just as Shelby is gearing up for the start of the tourist season, the Castle volunteer coordinator is found murdered in the nearby Grotto. Castle caretaker Matthew Kessler is suspect number one, but Shelby thinks the killing may be connected to an earlier era, when violence among Prohibition-era smugglers was rampant in the region. As Shelby launches her own investigation, handsome and unnerving Special Agent Zack Griffin of the Coast Guard Investigative Services tries to quell her smuggling theory and keep her safe. But Shelby is determined to summon all her savvy as a book editor to plot the murder―and find the killer before he strikes again―in Trouble on the Books, Essie Lang’s clever and captivating series debut.  (Amazon) 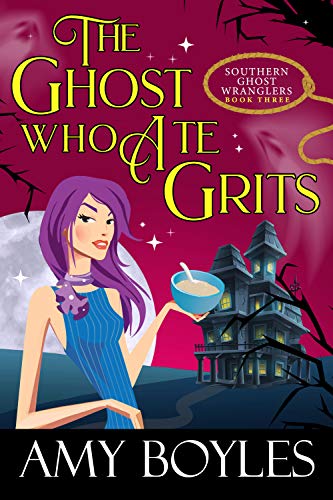 Blissful Breneaux’s life in Haunted Hollow is finally settling down. Her ghost hunting business is exploding in all the right directions and her love life with the handsome Roan Storm is heating up.

But all that goes awry when she is called in to investigate a haunted house on the outskirts of town. An evil spirit is terrorizing a family and it’s up to Blissful and her geriatric friends Ruth and Alice to stop it from wreaking any more havoc.

Problem is, this big bad ghost has more power than Blissful has ever seen. On top of that, when Blissful unearths the dead body of a Jane Doe in the home, the spirit threatens that Blissful will meet the same fate.

This puts her in a bad position. Should Blissful deal with the big bad alone or call in reinforcements?

She chooses to call Axel Reign and Pepper Dunn from the magical town of Magnolia Cove, Alabama. With the help of this wizard and witch, Blissful can now face off against the big bad spirit.

Can she win or will Blissful wind up this spirit’s latest victim? 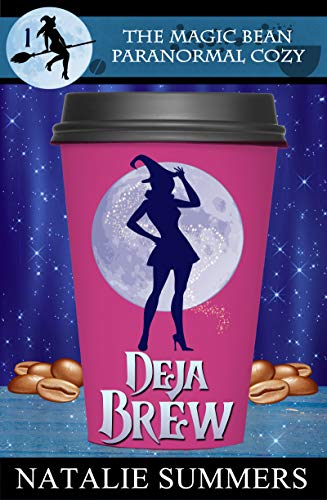 Accidentally summoning a talking dog was not how Louise “Lou” Danvers wanted to end her first day in her new town. Moving a thousand miles after inheriting an apartment in her Mom’s hometown was one thing. Finding out that she comes from a family of witches was another. Surprise? Still reeling from the new information, Lou finds herself at odds with the owner of the local coffee shop. No big deal, right? Until the owner shows up dead, right outside Lou’s front door.

Now the prime suspect, Lou’s got to hurry and solve the murder before she’s tried in the court of public opinion. When the victim turns out to have ties to a drug ring, the whole case gets more complicated. Especially when the same drugs are found in Lou’s new apartment. Then the victim’s will is read, and Lou inherits the coffee shop from the same person she’s accused of killing.

Between the talking dog, her new magic lessons, gaining a family, and the ridiculously handsome, single-father ex-cop who seems to pop up wherever she goes, Lou’s got more than enough to keep her busy. When the police chief decides she’s guilty and will go to any lengths to prove it, Lou has to hurry and figure out who actually ‘dunit’ before she’s locked up for good.  (Amazon) 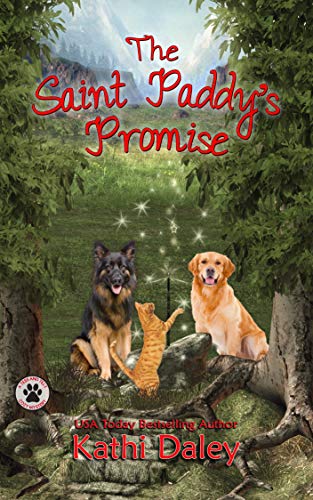 If you love small towns, endearing relationships, food, animals, and a touch of murder, you will love this cozy mystery series.

Sixty years ago a man made a promise to the woman he loved to meet her on Saint Patrick’s Day. They were to meet in the park on the bench where they liked to sit and watch the world go by. The couple were deeply in love and planned to marry but he never showed up at the rendezvous point. Every Saint Patrick’s Day since then the woman has made a pilgrimage to the bench to wait for her one true love. Tess and Tilly see the woman sitting with her granddaughter on the bench and decide to stop and chat. During their conversation the granddaughter tells Tess the story of her grandmother and the man who professed his love and promised to return but never did. Tess is drawn in by her story and agrees to try to find the answers, the elderly woman has sought all her life. She enlists the help of Tony as well as the woman’s granddaughter.

Meanwhile, Bree is knee deep in wedding planning, there is a new murder in town, and Tony gets a lead on Tess’s father,  (Amazon)