Here is a list of some of the new releases for the week of March 17th, 2019. I am going to divide the list into 4 days because there are so many of them for this week. Today is the third day of my list for this week. Hope you find some selections for your weekly reading. Enjoy and happy reading.

With their signature wit, sly plotting, and gloriously offbeat characters, Martha Grimes’s New York Times bestselling Richard Jury mysteries are “utterly unlike anyone else’s detective novels” (Washington Post). In the latest series outing, The Knowledge, the Scotland Yard detective nearly meets his match in a Baker Street Irregulars-like gang of kids and a homicide case that reaches into east Africa.

Robbie Parsons is one of London’s finest, a black cab driver who knows every street, every theater, every landmark in the city by heart. In his backseat is a man with a gun in his hand―a man who brazenly committed a crime in front of the Artemis Club, a rarefied art gallery-cum-casino, then jumped in and ordered Parsons to drive. As the criminal eventually escapes to Nairobi, Detective Superintendent Richard Jury comes across the case in the Saturday paper.

Two days previously, Jury had met and instantly connected with one of the victims of the crime, a professor of astrophysics at Columbia and an expert gambler. Feeling personally affronted, Jury soon enlists Melrose Plant, Marshall Trueblood, and his whole gang of merry characters to contend with a case that takes unexpected turns into Tanzanian gem mines, a closed casino in Reno, Nevada, and a pub that only London’s black cabbies, those who have “the knowledge,” can find. The Knowledge is prime fare from “one of the most fascinating mystery writers today” (Houston Chronicle).  (Amazon) 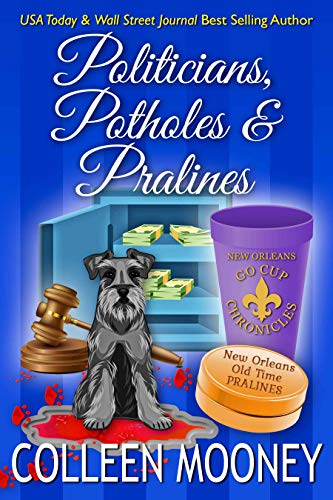 No good deed goes unpunished as they say. In Brandy Alexander’s case, no good deed goes without finding a body and a crime to solve. After work she joins her friend, Whit, to celebrate his Judge of the Year nomination. When she goes to return his jacket he left in the bar she finds herself smack in the middle of a crime scene. The doors to his home and security gates are wide open, his dog is nowhere to be found, the safe is empty, an ex-wife is standing at the top of the stairs and the Judge is facedown in a pool of blood.
The problems only get bigger. The list of gang members the judge sentenced is longer than the line waiting for king cakes at Mardi Gras.
Besides a list of felons with a long reach for revenge, the police find the Judge had a list of ex-wives, girlfriends and women he had wronged, not to mention enough gambling debts to rival the National deficit.
Brandy is front and center at the crime scene when her ex boyfriend, NOPD Captain Dante Deedler, shows up. Will they reconcile their differences when she finds information regarding the case? Will Dante be willing to set aside differences and let her help the police in the investigation?
New Orleans has long had a reputation for crime and corruption. Has Brandy stumbled into a world where doing a good deed might get her good and dead?

There’s no place like New Orleans to have a good crime!  (Amazon) 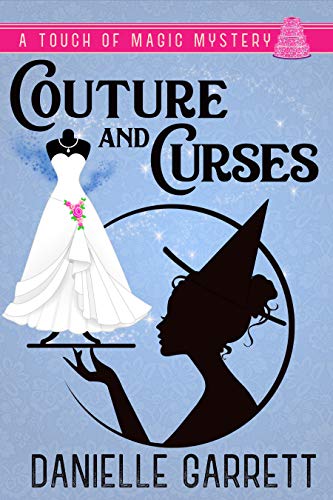 When sparks and curses fly, more than just a high-profile wedding is in danger.

Every wedding-planning witch worth her wand knows that the bridal gown must be an Aurelia custom creation. The magical fashion designer to the who’s who of the Seattle Haven is in high demand with a waiting list that would make most wedding planner’s eyes water.

Witch wedding-planner extraordinaire Anastasia Winters has inside access to the famed fashion designer and a knack for making deals. But when Aurelia is attacked and locked in the grips of a powerful – and seemingly unbreakable – curse, Anastasia is once again thrown into crisis mode.

When flowers start arriving, each with a cryptic note, Anastasia has to stop whoever’s behind the attacks before time runs out.

Couture and Curses is the second novel in a new series of paranormal mysteries by Danielle Garrett. Step inside the magical world of the Seattle Haven and see what happens when the magic and wedding worlds collide! Packed full of laughs, magic, mystery, and a little romance, this series is sure to have something for everyone.  (Amazon) 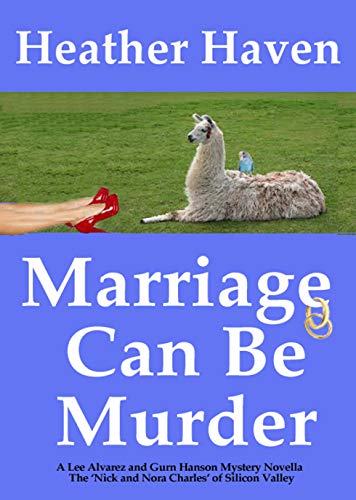 Someone is trying to kill Delores De La Vega, an aging but legendary movie star known as much for her looks and numerous marriages as her acting ability. Now an animal activist and fabulously wealthy, she’s about to change her will in favor of the daughter she gave up at birth for adoption, making a claim on her biological mother’s billions.
With a woman as dramatic as Delores De La Vega, it’s all or nothing, so she’s planning to write out everyone else previously in the will. But can she live long enough to make the changes? And just who is trying to kill her? Is it one or all of her many -exes set to be cut out of millions? Or the onsite vet who might be more than a friend? Or is it one of
the dozens of staff members, also being rejected in favor of the newly discovered daughter? Lee and Gurn, the Nick and Nora Charles of Silicon Valley, find no lack of suspects when death stalks a Portola Valley animal sanctuary.  (Amazon) 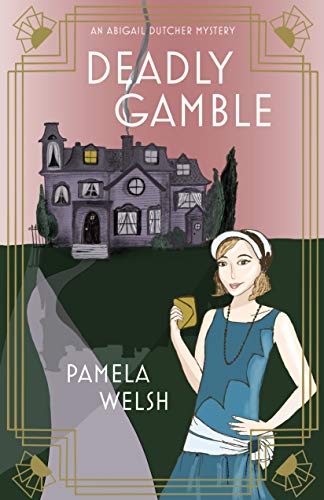 When Abigail Dutcher sets out to investigate a string of deaths in the spring of 1923, she hopes to bring a killer to justice and write the most important story of her budding career in journalism.

Armed with little more than a clue got from questionable sources, she finds her investigation blocked by supposed friends and enemies alike. Who can she trust?

As tensions mount and danger draws closer, will she be able to determine who her true friends are and convince them to join her quest before the killer strikes again?  (Amazon) 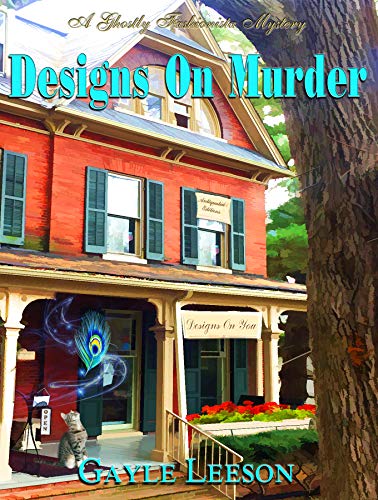 What if you discovered your lively new friend wasn’t really…alive?

Amanda Tucker is excited about opening her fashion design studio in Shops On Main, a charming old building in historic Abingdon, Virginia. She didn’t realize a ghost came with the property! But soon Maxine “Max” Englebright, a young woman who died in 1930, isn’t the only dead person at the retail complex. Mark Tinsley, a web designer with a know-it-all attitude who also rented space at Shops On Main, is shot in his office.

Amanda is afraid that one of her new “friends” and fellow small business owners is his killer, and Max is encouraging her to solve Mark’s murder a la Nancy Drew. Easy for Max to want to investigate–the ghostly fashionista can’t end up the killer’s next victim!

“As a sucker for a fun ghost story, I can say Gayle Leeson’s DESIGNS ON MURDER scores on many levels including a spunky entrepreneur and a charming setting. Now that I’ve read the first one, I’ll be counting the days until the next in the series arrives.” –Lorna Barrett, author of the New York Times Bestselling Booktown Mysteries