Here is a list of some of the new releases for the week of April 7th, 2019. I am going to divide the list into 4 days because there are so many of them for this week. Today is the third day of my list for this week. Hope you find some selections for your weekly reading. Enjoy and happy reading.

Post-retirement aches and pains can’t prevent sixty-five-year-old Lilly Jayne from keeping the most manicured garden in Goosebush, Massachusetts. But as a murder mystery blooms in the sleepy New England town, can a green thumb weed out a killer?

With hundreds flocking to her inaugural garden party, meticulous Lilly Jayne hasn’t left a single petal out of place. But the picture-perfect gathering turns unruly upon the arrival of Merilee Frank, Lily’s ex-husband’s catty third wife. Merilee lives for trouble, so no one is surprised after she drinks too much, shoves a guest into the koi pond, and gets escorted off the property. The real surprise comes days later–when Merilee is found dead in a pile of mulch . . .

Lilly wishes she could stick to pruning roses and forget about Merilee’s murder–until her best friend and ex become suspects in an overgrown homicide case. Now, aided by the Garden Squad, an unlikely group of amateur crime solvers with a knack for planting, Lilly knows she has limited time to identify the true culprit and restore order to Goosebush. Because if the murderer’s plot isn’t nipped in the bud, another victim could be pushing up daisies!  (Amazon) 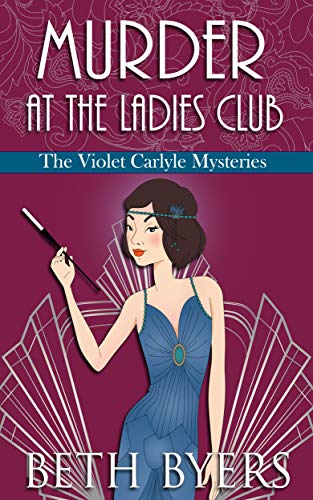 Violet Carlyle is in the midst of wedding preparations somehow balancing her stepmother’s snobbery with her own wants. Since Lady Eleanor arrived in London, Vi’s beloved Jack has thrown himself into case after case.

Out of sheer boredom, Violet accepts an invitation to attend the Piccadilly Ladies Club. When she makes some new friends at the club, Violet accepts an invitation for a party. She little expects to stumble over a body over an evening of cocktails and conversation. Together, Jack and Violet step into the investigation determined to discover why this woman was murdered and if anyone else is at risk.

Book NINE in The Violet Carlyle Mysteries. Are you ready for the roaring twenties? For a spunky young woman determined to craft her own life? If so, you’ll love Vi, her indulgent twin Vic, and their friends. You might even find your imagination caught by the handsome Jack Wakefield. For fans of Carola Dunn, Jacqueline Winspear, Georgette Heyer, Leighann Dobbs, and Lee Strauss.

A light, cozy mystery with a fun peek into life in the life of a bright young thing. No swearing, graphic scenes, or cliffhangers. 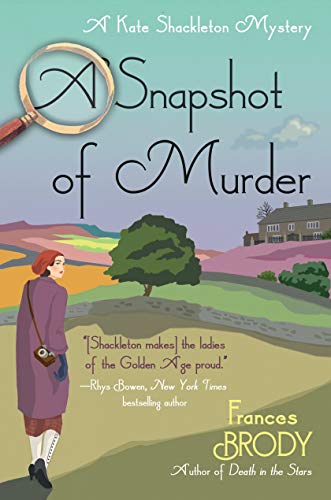 Critically acclaimed author Frances Brody is back with the tenth installment in her Kate Shackleton series, perfect for fans of Jacqueline Winspear and Nicola Upson.

Seven keen amateur photographers gather for the most popular openings of the decade. Only six will return.

Yorkshire, 1928. Indomitable sleuth Kate Shackleton is taking a well-deserved break from her detective work and indulging in her other passion: photography. When her local Photographic Society proposes an outing to the opening of the Bronte Museum, Kate jumps at the chance to visit the setting of Wuthering Heights. But the setting proves to be even more sinister than the dreary classic when a member of their party is found murdered.

The event is one of the most popular of the decade, and each of the seven photographers were there to capture the perfect shot of a lifetime. But Tobias, the deceased, was known for being loud-mouthed and didn’t care to curb his demeanor. Kate deduces that he must have had several enemies. But soon, she begins to suspect that perhaps the murderer is amongst them. And before they shrink to just a group of five, Kate must pick back up her magnifying glass and sleuthing cap to crack the case in A Snapshot of Murder, Frances Brody’s tenth brilliant Kate Shackleton mystery.  (Amazon) 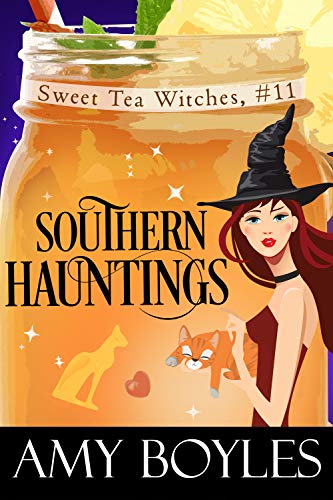 When Pepper Dunn purchases a cat figurine at a yard sale, she has no idea what she’s in store for. First, a crazy woman tells Pepper that owning the item will get her killed, then Pepper discovers the item is haunted by the spirit of a dead cat.

As if things couldn’t get worse, when a murder is traced back to the cat figurine, it looks like owning the object may in fact, get Pepper killed. But Pepper is no coward—she won’t back away from a situation simply out of fear.

But life becomes more complicated when Pepper’s personal life gets out of whack. Turns out Grandma Betty has a secret admirer and Betty is intent on discovering that person’s identity, even if it means she’s tracking a killer.

Then Axel makes a proposal that freaks Pepper out. Will she finally accept the fact that she and Axel are meant for happily ever after? Or will solving a murder not only get in the way of her happiness, but also get her killed? 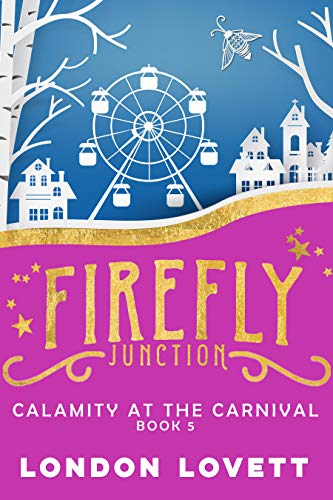 Spring is in the air. Flowers are blooming, birds are singing, Jackson’s kisses keep coming, and despite the occasional moodiness of her ghostly housemate, Sunni is looking forward to the season.

It’s spring break in Firefly Junction and the Stockton Traveling Carnival has come to town. Sunni finds herself saddled with an uninspiring story assignment. But in between the mix of sugary carnival treats, scream-inducing rides and timeless arcade games, someone murders Madame Cherise, the fortune teller, and Sunni’s assignment takes a wild turn.

When a British investment company buys Samantha Kidd’s troubled retail employer, she finds herself torn between her role as management and the unionized employees picketing for better pay. Her only distraction is the retirement party she’s planning for Detective Loncar on the side. But when a shooter fires into the crowd outside the store and injures two men, Samantha’s priorities shift. One victim is the head of the union. The other is DetectiveLoncar.

The detective warns Samantha to stay out of the investigation … and then slips into a coma. Head his warning? Not bloody likely. With two possible victims, Samantha finds herself lacking direction. Was the strike captain playing dirty with his negotiations? Or are those rumors about Loncar’s personal life true? Between a cop bar, a life coach, a possible pregnancy, and a blue line that’s anything but thin, Samantha’s tea cup runneth over. Onething’s for sure: after this case, nothing will be the same.  (Amazon) 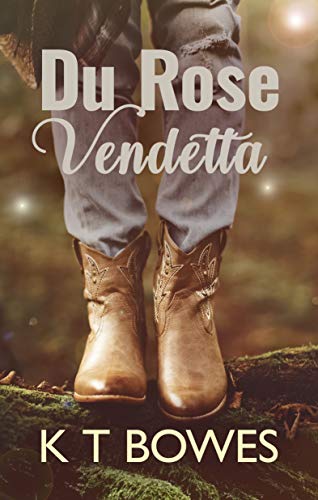 Just another average day on the mountain with the Du Roses.
But this vendetta is different from the last in subtle ways. The damage is more than just irritating. It’s getting serious.

When someone falls from a balcony at the hotel, things take a nasty turn. As Hana starts to unravel the threads of this mystery she finds herself taken. The trouble is, she’s got her children with her.  (Amazon) 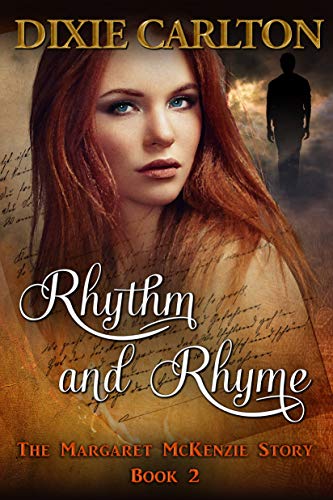 Margaret McKenzie was unmarried, unhurried, but fiercely determined, to do whatever it took to get her children back. Her lover’s mother had taken them when Margaret was suspected of the murder of his wife.

A complex tale of lust, love, betrayal, and revenge finally led to her arrival in Sydney, in 1954. An even more sinister series of unfortunate relationships will be sorely tested before this family is reunited, and mystery continues to surround the man who has been stalking Margaret since she was a young girl. Thomas is watching her, Nathaniel has lost her, and now Gregory is protecting her. There can be only one winner here. And that is Margaret.

Follow Margaret as she returns to the swinging club scene and sings her way into a new world of opportunity and revenge – playing by her own rules in a time when women are limited in their choices.
__
Realizing she’d put her friend through some considerable distress, Solange cleared her throat before speaking in a dark voice that came from the very depths of her soul. “I’m sorry, I should have been clearer. This is simply a gift I was delivered overnight, and I believe you’ll be delighted by it. But first, my dear, please take a seat and enjoy a cup of tea. Let’s get you a little more relaxed first, shall we? There, there, dear, it’s going to be fine.”

Solange put a hot cup of tea down in front of Margaret and waited for her to sit down, before then set down a small glass of scotch beside it. Margaret looked at the glass, sure that maybe she was seeing things. Scotch with their tea was not really unusual, but it was after all barely 10 o’clock in the morning. That prickly feeling in her scalp escalated once again.
“What’s that?” she asked stupidly.
“Scotch, dear.” Solange smiled.   (Amazon) 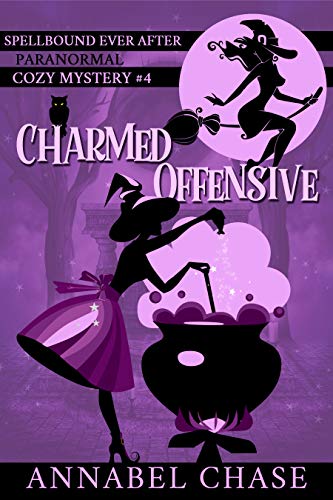 Welcome to Spellbound, where paranormal is the new normal.

Emma Hart would like to believe she’s glowing more than growing, but there’s no denying her stomach now has the look of a prize-winning watermelon. Her pregnancy results in more than physical changes, however, as she decides to delve deeper into her family history. When a routine misdemeanor case goes awry and Althea is the main suspect, Emma’s personal life must take a back seat as she sets out to help both her assistant and her client.

With a coven in flux, a vampire ghost roommate in maternal mode, and an angelic husband planning one last romantic getaway, Emma is ready to burst in more ways than one. Will our favorite sorceress manage to save the day or will she become the next victim?

Charmed Offensive is the fourth book in the Spellbound Ever After paranormal cozy mystery series.

Books in the Spellbound Ever After series include:
Crazy For Brew, Book 1
Lost That Coven Feeling, Book 2
Wands Upon A Time, Book 3 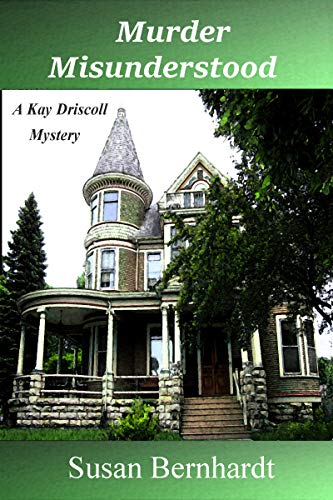 A privileged and unlikeable newcomer arrives in Sudbury Falls. This not-so-welcome addition to the community furthermore has an unsettling hobby: cultivating a poisonous garden. When the newcomer is discovered dead, the neighbors are somewhat relieved, yet someone must be held responsible for the crime. The unfortunate accused, desperate to prove her innocence, asks Kay Driscoll to investigate the crime and discover the real culprit(s).

Kay faces obstacles as she seeks answers from those who knew the unpopular murder victim. Cooperation is difficult to obtain when many people are happy to see the victim gone. Nevertheless, Kay’s investigations take her on an adventure with unexpected twists and a diverse lineup of potential suspects.

A fortune teller from a traveling carnival with a strong and suspicious interest in the victim’s poison garden, adds to the mystery and intrigue of this riveting tale.  (Amazon)

FROM THE REALM OF THE ROYAL URSUS