Here is a list of some of the new releases for the week of April 14th, 2019. I am going to divide the list into 4 days because there are so many of them for this week. Today is the third day of my list for this week. Hope you find some selections for your weekly reading. Enjoy and happy reading. 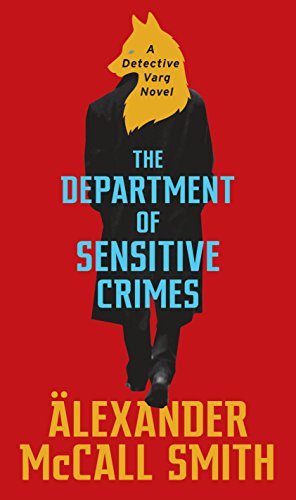 In the Swedish criminal justice system, certain cases are considered especially strange and difficult, in Malmö, the dedicated detectives who investigate these crimes are members of an elite squad known as the Sensitive Crimes Division.

These are their stories.

The first case: the small matter of a man stabbed in the back of the knee. Who would perpetrate such a crime and why? Next: a young woman’s imaginary boyfriend goes missing. But how on earth do you search for someone who doesn’t exist? And in the final investigation: eerie secrets that are revealed under a full moon may not seem so supernatural in the light of day. No case is too unusual, too complicated, or too, well insignificant for this squad to solve.

The team: Ulf “the Wolf” Varg, the top dog, thoughtful and diligent; Anna Bengsdotter, who’s in love with Varg’s car (and possibly Varg too); Carl Holgersson, who likes nothing more than filling out paperwork; and Erik Nykvist, who is deeply committed to fly fishing.

With the help of a rather verbose local police officer, this crack team gets to the bottom of cases other detectives can’t or won’t bother to handle. Equal parts hilarious and heartening, The Department of Sensitive Crimes is a tour de farce from a true master.  (Amazon) 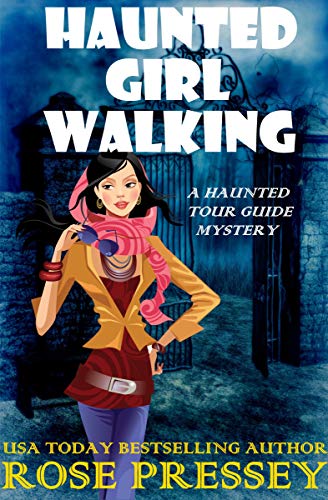 A murderer? Ripley Van Raden is a librarian by day and a haunted tour guide by
night. Her resume doesn’t include murderer. The police have to suspect her of the
recent murder though when she’s caught on video at the scene of the crime. Rip has
to find the killer and clear her name before she has the book thrown at her.
Will the spirit activity in the haunted town of Devil’s Moon guide Ripley to the
killer?  (Amazon) 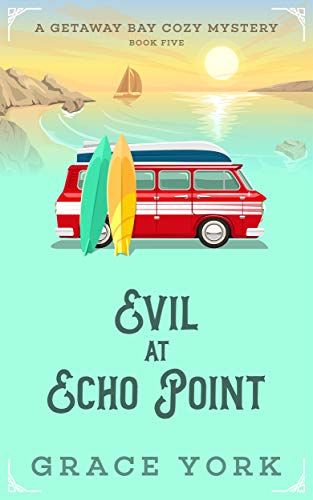 Getaway Bay is back in the headlines for all the wrong reasons.

A body on the rocks at a popular surfing spot is bad enough – but when the surfer’s identity is revealed, the media once again descend on Addison’s seaside sanctuary.

Did the surfer accidentally fall to his death off Echo Point? Or was he pushed?

As Addison and the Beach House Murder Club help the police investigate, it seems everyone close to the victim has something to hide.

A few locals have some explaining to do, as well.

Can Addison and Isaac crack the case with the eyes of the country upon them?

The Getaway Bay cozy mysteries have everything you love – suspense to keep you guessing, twists you don’t see coming, and characters you want to have a cup of tea with – plus an added dose of Aussie flavour.  (Amazon) 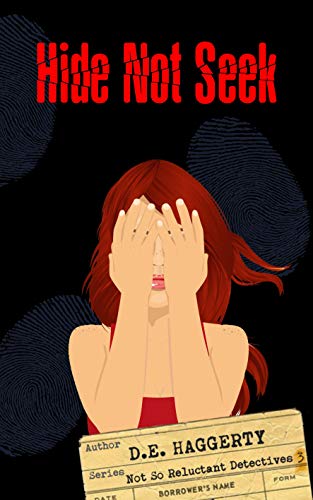 I know who you really are.

Pru has a secret, which she has no plans to reveal – ever. But after a woman is murdered and all clues point to her, she has no choice but to disclose her true identity. When her revelations thwart the killer’s plan to frame Pru for murder, the killer begins stalking her. With each note he sends, he gets closer. The police are stumped. Pru wants to run away. She really, really wants to run, but Ajax has found the woman of his dreams and he’s not letting her go anywhere. He can be patient. In the meantime, he’ll protect her with his life. Pru isn’t feeling very patient, and her friends, Mel and Terri, are definitely not willing to wait until the police discover who the stalker is. The three friends take matters into their own hands and jump headfirst into the investigation.

Will Pru and her friends uncover her stalker before he turns his violence on Pru?  (Amazon) 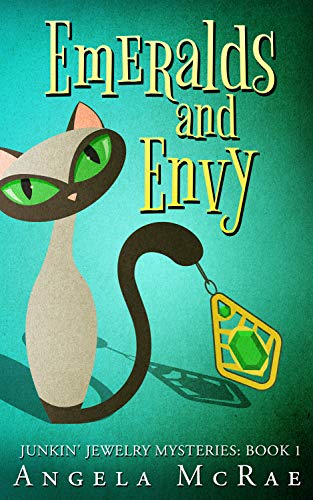 Emma Madison loves junkin’ for old baubles to turn into dazzling new creations, and launching her new career as a jewelry designer in the small town of Roseland, Georgia, is a dream come true. After making out like a bandit at a garage sale one morning, Emma goes to the Silver Squirrel antiques shop to share her fabulous finds with a fellow jewelry lover. She’s shocked to learn that a salesclerk friend, Tina, has just been found murdered.

When the police can’t get any firm leads, Emma decides to use her newspaper reporting experience to assist them. According to the local gossip mill, not everyone in town liked Tina, including her two siblings. Soon, the list of suspects is longer than a strand of opera pearls.

Someone is trying to stop Emma from helping, even going so far as to threaten her new business. While eager to get back to making jewelry, Emma is determined to find the person responsible for Tina’s death, even if that means coming face-to-face with the killer.  (Amazon) 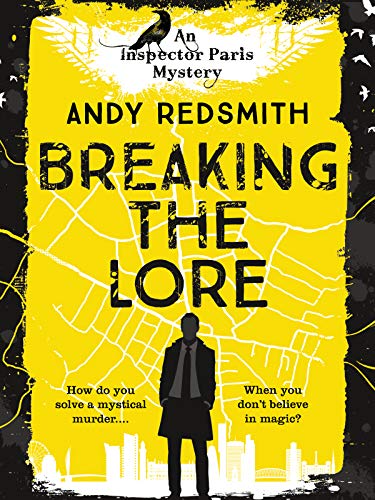 A magical, mischievous mystery perfect for fans of Douglas Adams and Ben Aaronovitch

How do you stop a demon invasion… when you don’t believe in magic?

Inspector Nick Paris is a man of logic and whisky. So staring down at the crucified form of a murder victim who is fifteen centimetres tall leaves the seasoned detective at a loss… and the dead fairy is only the beginning.

Suddenly the inspector is offering political asylum to dwarves, consulting with witches, getting tactical advice from elves and taking orders from a chain-smoking talking crow who, technically, outranks him.

With the fate of both the human and magic worlds in his hands Nick will have to leave logic behind and embrace his inner mystic to solve the crime and stop an army of demons from invading Manchester!

Praise for Breaking the Lore

‘This turned out to be a whole lot of fun. Plenty of laughs and some interesting ideas too’  Reader Review  (Amazon) 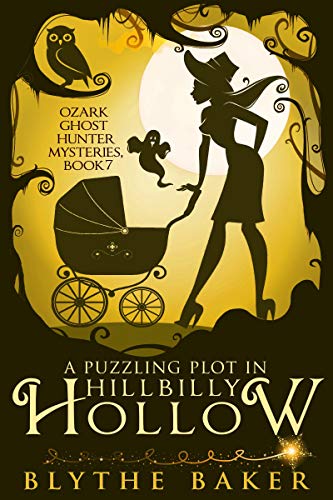 Ghosts are stirring in Hillbilly Hollow…

Emma thought her biggest challenges this spring would be juggling plans for her best friend’s baby shower while making arrangements for her own upcoming wedding.

But that was before Grandma Hooper’s nighttime singing took a dangerous turn and trouble began brewing with nasty neighbors.

When an old barn owl becomes a silent witness to the murder of a farmhand on the Hooper’s property, it’s up to Emma to get justice for the victim’s persistent ghost. Can Emma clear her grandma of a terrible crime? Or will the case closest to Emma’s heart be the one she’s doomed never to solve?  (Amazon) 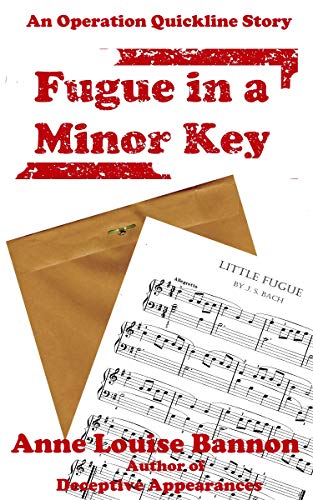 After a hard afternoon waiting in the rain for a contact that doesn’t show, all spy and freelance writer Lisa Wycherly wants to do is go home and read a book by the fireplace. But family matters intervene. Lisa’s nephew Darby is having trouble at school. Lisa’s boss and housemate Sid Hackbirn agrees to let Darby come stay with him and Lisa, not realizing that his own life is about to be turned upside-down. An old friend comes by the house with a boy about Darby’s age who looks remarkably like Sid. Rachel never told Sid that she was pregnant, but now it’s time for Nick to know where he came from.
Lisa suddenly finds her hands full trying to get Sid to acknowledge Nick, figure out what Darby’s problem is and working undercover to set up a sting on a group of defense plant employees who are selling secrets. It’s a case that gets messier by the minute, with British intelligence sticking their noses in for an unknown reason and the likelihood that there’s a leak connected to Sid and Lisa’s FBI supervisor Henry James. As usual, it’s hard for Lisa to say whether the greater danger is to her heart or to her life.  (Amazon) 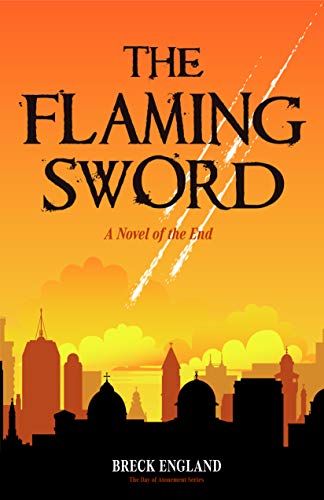 A heart-pounding international thriller with a shocking mystery

For fans of Angels and Demons, Origin, The Da Vinci Code, and other books by Dan Brown, Brad Thor or Daniel Silva, comes a religious and political mystery that will have you guessing until the very end.

An Incredible Weapon: In the beginning, the Lord sent mighty cherubim with a flaming sword to guard the holiest place on earth, the mount of Jerusalem, where the golden Dome of the Rock stands today. Now mysterious conspirators threaten to ignite a world war in the same place, with a “flaming sword” of a different kind.

Secrets Upon Secrets: In this concluding volume of The Day of Atonement series, follow Israeli agent Ari and his companion, Interpol agent Maryse, as they race across multiple continents toward the mount of Jerusalem—and a shocking discovery that could mean the end of everything.

The Flaming Sword is a fast-paced fiction that takes us right to the heart of Jerusalem. Can roiling religious wars end in time to save the world?  (Amazon) 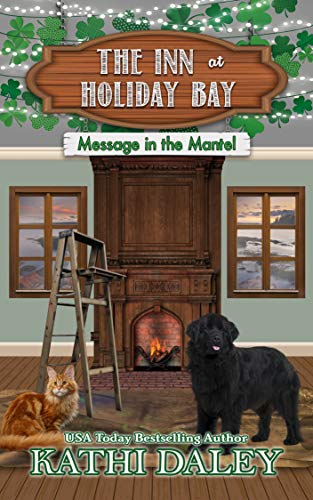 In book 3 of the series, the remodel continues as Abby and Georgia start to make plans for a grand opening celebration. A specialist is brought in to refurbish the century old fireplace mantel and makes a startling discovery. Meanwhile Lonnie is looking to adopt, Colt has a new mystery to solve, and Velma comes face to face with a blast from her past.

Join Abby, Georgia, Rufus, and Ramos, as they continue with the remodel on the old mansion, prepare for a busy summer season, and continue to find a new meaning for their lives in the charming small town of Holiday Bay.  (Amazon)