Here is a list of some of the new releases for the week of April 21st, 2019. I am going to divide the list into 4 days because there are so many of them for this week. Today is the third day of my list for this week. Hope you find some selections for your weekly reading. Enjoy and happy reading. 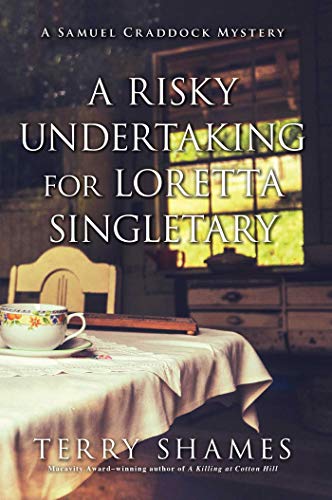 A FAVORITE SERIES CHARACTER FINDS HERSELF IN HARM’S WAY. After using an online dating site for senior citizens, town favorite Loretta Singletary–maker of cinnamon rolls and arbiter of town gossip–goes missing. Chief Samuel Craddock’s old friend Loretta Singletary–a mainstay of the Jarrett Creek community–has undergone a transformation, with a new hairstyle and modern clothes. He thinks nothing of it until she disappears. Only then does he find out she has been meeting men through an online dating site for small-town participants. When a woman in the neighboring town of Bobtail turns up dead after meeting someone through the same dating site, Craddock becomes alarmed. Will Craddock be able to find Loretta before she suffers the same fate? Finding out what happened to Loretta forces him to investigate an online world he is unfamiliar with, and one which brings more than a few surprises.  (Amazon) 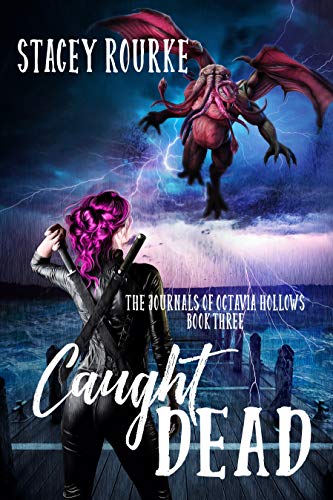 With a touch of her hand, Octavia Hollows can restore life. Yet, she couldn’t save the man she loved from the horrific accident that stole him from her. Octavia thought she could outrun the pain, but ghosts from the past refuse to be silenced. Out of options, she chooses to retrace her wayward journey across the country in search of answers. Surrounded by baffling mysteries of the undead, what she learns about herself along the way might become her greatest weapon.

In the beautiful beachfront town, Octavia stumbles upon a mutilated body caught in a fishing yet. Unfortunately, even her necromancing abilities can’t get this traumatized corpse to talk. Out of options, she thrusts herself into undercover work on the high seas in search of the killer. When startling truths about her parents are revealed, Octavia finds herself on the cusp of solving her greatest mystery of all.

Can answers about her own heritage sink Octavia’s voyage to save her true love?

If you like snarky humor, fantastical monsters, and farm-animal sidekicks, The Journals of Octavia Hollows are the paranormal cozy mystery novellas you’ve been waiting for!  (Amazon) 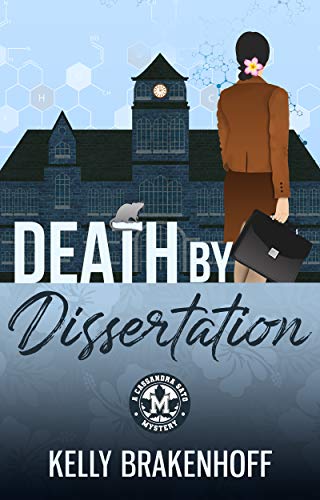 Ambitious Cassandra Sato traded her life in Hawai’i for a dream position as Student Affairs VP at Morton College in tiny Carson, Nebraska. She expected the Midwestern church casseroles, land-locked cornfields, and face-freezing winters would be her biggest challenges, but it’s her job that’s rapidly becoming a nightmare.

A deaf student is dead and the investigation reveals a complicated trail of connections between campus food service, a local farmer’s beef, and the science lab’s cancer research. Together with her few allies, Cassandra must protect the students caught up in the entanglement.

Dealing with homesickness, vandalism, and a stalker, Cassandra is trapped in a public relations disaster that could cost her job, or more. No one said college was easy.  (Amazon) 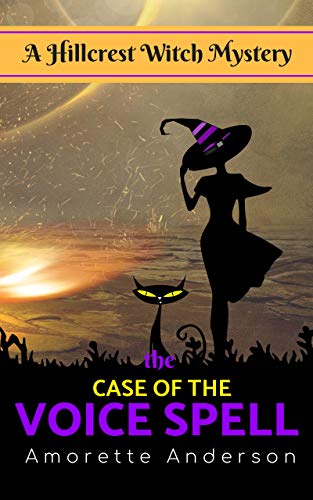 A dead body in the creek…

Goblins visiting in the middle of the night. A spell that seems impossible to do. A dead body in the creek. Penny has her hands full as she and her knitting circle friends struggle to learn the Voice Spell!

This is book six in the Hillcrest Witch Mystery series. Would you like to read the series in order? Here’s your guide: 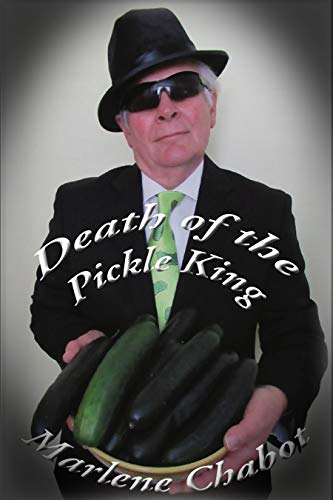 Unemployed teacher Mary Malone faces a serious dilemma when her private investigator brother Matt, who has been overseas for seven months, announces he is returning to Minnesota in three weeks. How is this amateur sleuth going to explain to him about his missing dog? And what about the murder cases she has taken on in his absence, especially the one in progress? Without the help of her widowed aunt and neighbor Mrs. Grimshaw this time, can Mary succeed in finding the dog and solving the death of Don Hickleman, owner of Hickleman Pickle Plant, before Matt discovers what she’s been hiding from him?

“Mary Malone is not only in ‘a pickle’ but it’s hilarious. Intriguing and funny is a hard combination, but author Marlene Chabot does it with spectacular ease. Another home run from one of my favorite authors.” Pat Dennis, author of Murder by Chance and the Betty Chance Mystery Series.  (Amazon) 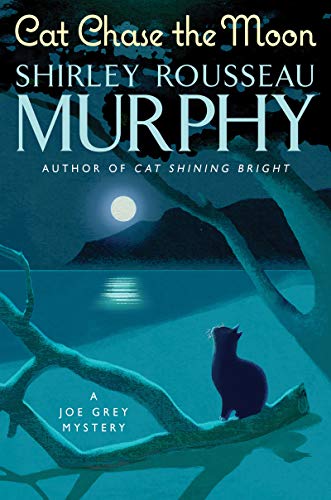 Feline P. I. Joe Grey and his friends pounce on three investigations that may connect to one larger mystery—including one case that is very personal—in this hair-raising installment in Shirley Rousseau Murphy’s beloved, award-winning series.

Joe Grey and his partner, Dulcie, are frantic when Courtney, their pretty teen-kitten goes missing. Aided by their two- and four-legged friends, they hit the streets of Molina Point in search of their calico girl. Has Joe Grey and Dulcie’s only daughter been lured away by someone and stolen? Is she lying somewhere hurt, or worse?

Courtney has no idea that everyone is desperately looking for her. Locked in an upstairs apartment above the local antiques shop, she’s enjoying her first solo adventure. When she first met Ulrich Seaver, the shop’s owner, Courtney was frightened. But the human has coddled and pampered her, winning her trust. Sheltered by her parents, her brothers, and her kind human companions, the innocent Courtney is unaware of how deceptive strangers can be. She doesn’t know that Ulrich is hiding a dangerous secret that could threaten her and everyone in this charming California coastal village.

With his focus on finding Courtney, Joe Grey has neglected his detective work with the Molina Point Police Department. Before his daughter disappeared, Joe found a viciously beaten woman lying near the beach. Now the police investigation has stalled, and the clever feline worries his human colleagues may have missed a vital clue. Joe is also concerned about a family of newcomers whose domestic battles are disturbing the town’s tranquility. Loud and abrasive, the Luthers’ angry arguing, shouting, and swearing in the early hours of the night have neighbors on edge and the cops on alert. One of the couple’s late-night shouting matches masked the sounds of a burglary, and now a criminal is on the loose.

Though the crimes are as crisscrossed as the strands of a ball of yarn, Joe Grey’s cat senses tell him they may somehow be linked. It’s up to the fleet-footed feline and his crime-solving coterie to untangle the mysteries before it’s too late.  (Amazon) 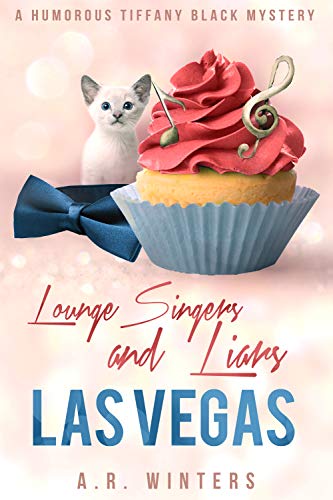 Superstar Roger Briars was living the high life—until his fiancé disappeared and he was accused of her murder.

Now, decades later, Roger’s a semi-successful Vegas lounge singer. This time, when history repeats itself and Roger is accused of another murder, he won’t let it tank his career—not even when there’s “proof” that he’s the killer!

Unfortunately, Nanna’s unwavering belief in Roger’s innocence isn’t enough to get him off the hook, and Tiffany must scramble to uncover the truth behind the strange murder and the case of Roger’s missing fiancé.

And while Ian’s new love life is going swimmingly, Stone is back in Tiffany’s life—and so is someone else.

Lounge Singers and Liars is the sixteenth book in the Tiffany Black in Las Vegas Mystery Series and is a standalone novel.

This is a light-hearted story featuring a strong female protagonist, some unusual friends and family, and a mystery that needs solving! It has no graphic gore, bad language or sex.  (Amazon) 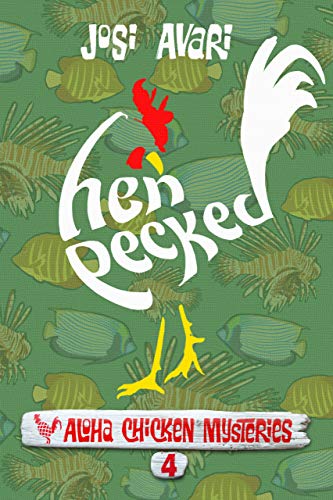 Hens and homicides in a cozy slice of paradise.

Along the boardwalk of Holoholo Street you’ll find a cheery market, a friendly kitchen store, and a cozy bookshop. But you’ll also find old secrets and new plots.

The town of Maika’i is gentle and friendly, and Saffron Skye is trying to keep it that way.

But that’s hard to do when you’re in the back of a Buick being kidnapped by a cruel woman and her henpecked husband. Now, Saffron must escape and make it to the secret wedding she’s been hired to arrange. A sizeable inheritance hinges on it going off without complication. But when a dead woman washes up on the shore behind the happy couple, Saffron is plunged into a murder investigation.

A secret wedding. A dead woman. Poisons and curses. 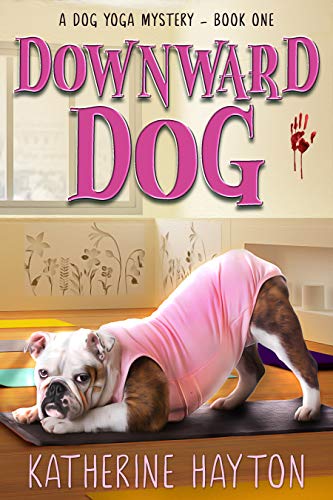 Trewlove is your run-of-the-mill vegan yoga instructor. Except she can talk to dogs.

Well, okay. Everybody can do that! But when the canines speak back, Hine understands and can counsel them through their problems.

That’s why her latest Dog Yoga class is the perfect platform for Hine to practice her favourite skills—teaching yoga and easing the anxieties of Pinetar Township’s many pooches.

But when a dog’s owner is kidnapped outside the studio, Hine must utilise her unique talents to track down the abducted woman. It’ll take all her fortitude to hunt the criminals responsible while keeping her special talent hidden from the local police.

Join Hine and her canine companions in this fun new cozy mystery series. The books might be packed full of dogs but they’re free from the following pests:

No Swearing
No Gore
No Graphic Scenes

Scroll up and help reunite Penelope with her owner today!  (Amazon)