Here is a list of some of the new releases for the week of June 16th, 2019. I am going to divide the list into 4 days because there are so very many of them for the week. Today is the third day of my list for this week. Hope you find some selections for your weekly reading. Enjoy and happy reading. 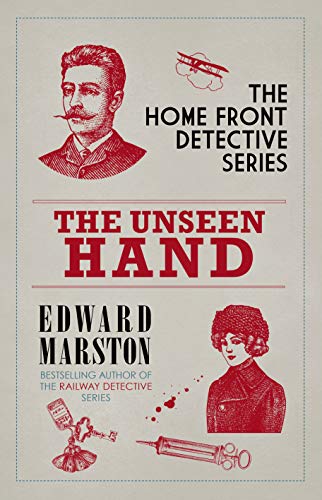 It is the autumn of 1917, and at the luxurious Lotus Hotel in Chelsea, a maid is disrupted from her morning rounds by a horrifying discovery: instead of the dignified older lady who has been occupying a room, she finds the dead body of a much younger woman. Harvey Marmion and Joe Keedy are dispatched from Scotland Yard to investigate, and learn that she seems to have been poisoned. But who is this woman? And what has happened to the previous occupant of the room? With a high-profile client to impress, Marmion and Keedy must solve the mystery as quickly as possible, before the reputation of the hotel is damaged beyond repair.  (Amazon) 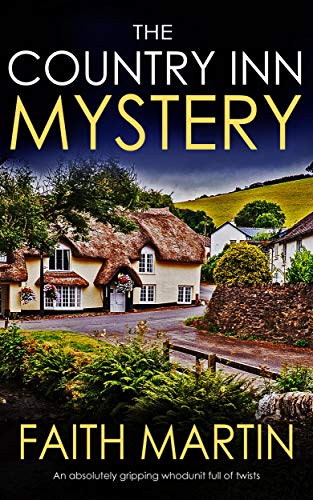 Discover a new series of whodunits by million-selling author Faith Martin. These charming mysteries will have you scratching your head to work out who the murderer is.

THIS IS A BRAND NEW, NEVER BEFORE PUBLISHED FAITH MARTIN BOOK.

Jenny Starling is working at The Spindlewood Inn for the weekend. It’s hosting a Regency Extravaganza, involving historical costume, amateur dramatics and food.

Leading actress of the amateur dramatic society and reputed man-eater Rachel Norman portrays a doomed noblewoman. But when she turns up actually drowned in the pond, there’s suddenly a murder to investigate.

There’s been plenty of trouble at the idyllic country inn. The performers weren’t a happy troupe, and Jenny discovers a simmering romantic tension.

Who wanted Rachel dead and why? Jenny Starling is going to need all her wits to crack this complex case.

This is the seventh in a series of enjoyable murder mysteries with a great cast of characters and baffling crimes which will keep you in suspense to the final page.

JENNY STARLING
In her late twenties, Jenny Starling is an impressive woman. Physically, she stands at 6ft 1inch, and has shoulder-length black hair and blue eyes. Curvaceous and sexy, she’s a modern single woman, living the lifestyle that suits her – that of a travelling cook. Her famous (and now very rich) father, is a ‘celebrity’ cook, divorced from Jenny’s mother. Jenny drives a disreputable cherry-red van, and is happy travelling the country catering events and cooking great food. She is on a one-woman crusade to bring back ‘real’ food. And definitely doesn’t like having to divert her attention from achieving the perfect Dundee cake or creating a new sauce recipe by having to solve a murder. She finds crime very distracting, especially when there is chocolate to temper or pike to poach. Nevertheless, she is very good at reading people, and with a quick and agile brain, becomes very good at unmasking killers. And her always-undaunted sense of humour goes a long way in keeping her sane when all around her people are dropping like flies.

THE AUTHOR
FAITH MARTIN is the best-selling author of the DETECTIVE HILLARY GREENE mysteries, which have sold over 1 million copies globally in just over a year.

More FAITH MARTIN mysteries coming soon. Join the Joffe Books mailing list to be the first to hear about the next in the series.  (Amazon) 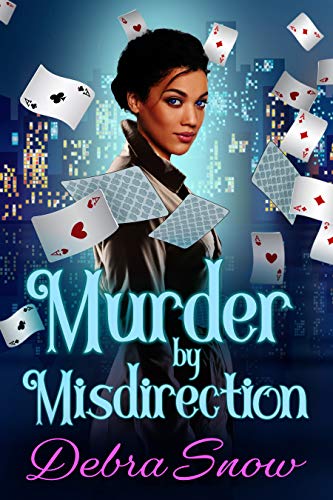 A magician booked for murder. His detective daughter on the case. Are his cries of innocence all smoke and mirrors?

Prophecy “Pro” Thompson is a female African-American, NYPD homicide detective investigating a murder at a magic store. At the crime scene is a suspect: Max Martin aka Max Marvell, Las Vegas magician and Pro’s biological father, who walked out years earlier.

Things become tricky for Pro, when Max uses his prestidigitation to involve himself in the case as well as romance his ex-wife, Pro’s mother. She also meets security officer, Luther Ardoin who makes her wonder if he could be ‘the one’ to fill her lonely life?

With the clock ticking and the body count rising, can Pro pull back the curtains to unmask the killer?

If you enjoy a strong female protagonist, and a story mixed with crime, romance and comedy, you will love Debra Snow’s first novel.. 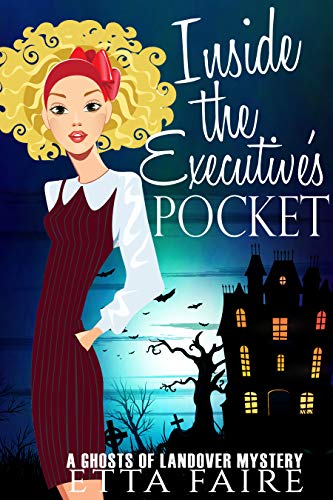 istory books say Landover’s Dead Forest got its name because almost nothing grows there.

The fifth book in the paranormal series, the Ghosts of Landover Mysteries.

Most people in Landover have heard the legend of the Dead Forest. It’s why no one wants much to do with the stretch of trees that separates Landover County from the rest of civilization.

People who go into the Dead Forest generally do not come out. Not the same, they don’t.

And rumor has it, paranormal massacres have happened there, twice. Once in the 1800s to a group of ranchers and again in 1978 to a group of young executives just outside the drive-in, the reason the drive-in closed. Just like with the ranchers, the executives’ mutilated bodies were found along the perimeter of the Dead Forest, with one person making it out alive to tell the tale.

It’s the exact spot where Shelby’s missing fiancé’s wallet was found. It’s also where old George passed out. And now, it’s the spot where Carly picks up her newest client, one of the victims of the drive-in incident.

Through channeling, Carly is taken straight to the night in 1978 to relive the story behind the Dead Forest incident and figure out the mystery. But while channeling memories from the 1970s, Carly gets more than just a dose of Disco Fever. She finds clues to Bobby’s missing-person’s case. And it changes everything.  (Amazon) 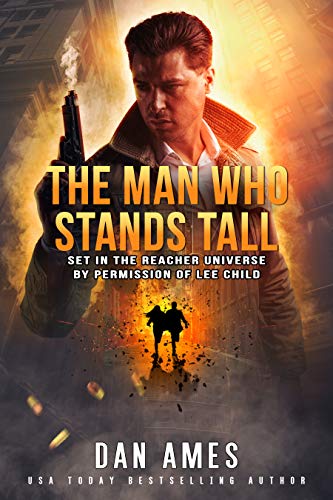 BOOK 10 IN THE JACK REACHER CASES

“Ames is a sensation among readers who love fast-paced thrillers.” -MysteryTribue 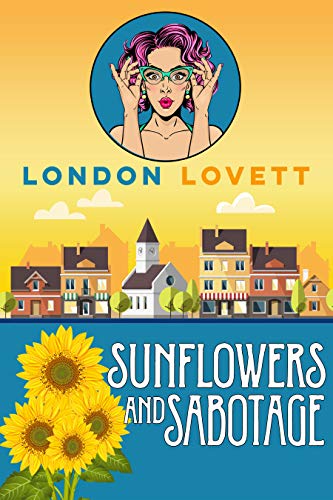 Lacey “Pink” Pinkerton is in the middle of a bustling summer in Port Danby. Les and Elsie, her neighboring shop owners are up to their usual sibling rivalry antics. Lola’s parents make a rare stop in town, causing a rift between Lacey’s best friend, Lola, and her shop assistant, Ryder. In the midst of it all, Lacey is starkly reminded that her boyfriend, Detective James Briggs, has a dangerous job. And of course, summer in Port Danby wouldn’t be complete without a murder.

When a human handler in the Chesterton Dog Show, a very popular and prestigious event, winds up dead, Lacey and her wondrous nose must track down a killer . . . without her usual handsome partner.

Other books in the series:
1. Marigolds and Murder
2. Carnations and Chaos
3. Mistletoe and Mayhem
4. Roses and Revenge
5. Tulips and Trouble
6. Dahlias and Death
7. Peonies and Poison
8. Hyacinths and Homicide
9. Crocuses and Crime
10. Sunflower and Sabotage
11. TBA 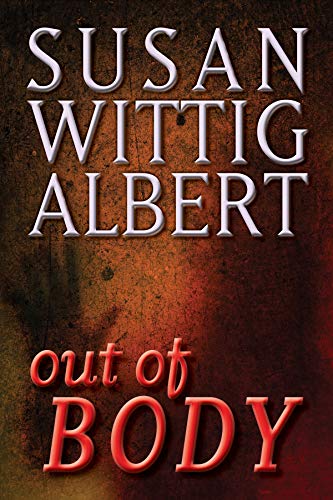 Bestselling author Susan Wittig Albert returns with the third novella in her bewitching Crystal Cave series.
Ruby Wilcox has a rare gift for seeing things that others can’t . . .

It’s Halloween and Ruby is looking forward to a party at China Bayles’ house and a busy holiday weekend at her New Age shop, the Crystal Cave. But her holiday plans are interrupted when Jessica Nelson, crime reporter at the Pecan Springs Enterprise, shows up with a hard-to-believe story about a serial killer who is targeting the terminally ill. Jessica claims that the killer’s calling card—a card picturing Azrael, the Angel of Death—comes from a deck Ruby once carried in her shop.
But Jessica’s story turns out to be true, and Ruby has to use her psychic ability to discover the killer’s identity before he chooses another victim. When Detective Ethan Connors gets involved in the mystery, and when Jessica herself is threatened, Ruby’s psychic abilities are put to the test in ways she could never have predicted. And at the same time, she finds herself falling in love with a detective who seems to know her better than she knows herself.

Ruby Wilcox has a rare gift for seeing things that others can’t, but it doesn’t guarantee that she knows her own heart. Can she honor her psychic talents and find powers within herself that she never imagined, while she builds a life of desire and love?  (Amazon) 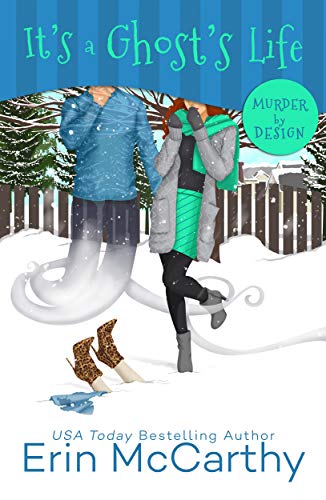 When the bitterly cold days of January descend on Cleveland, Bailey Burke finds her “Put It Where?” home staging business is as frozen as her toes. The only bright spot is the return of her friend Ryan after his, ahem, eviction from heaven. Especially since no other dead people seem to be harassing her in recent weeks.

Yet when her grandmother’s bingo buddy turns up frozen solid in a stranger’s back yard, Bailey is the only one who finds the death suspicious. Bailey knows fashion and she knows Vera, a one-time film star, would not be caught dead, literally, in a stained nightgown and cheetah-print boots. Determined it prove it is homicide and not dementia, she enlists Ryan’s help to investigate, despite his ghostly limitations.

This time Bailey is ready to play it smart, solve the crime, have the bad guy do the time… only all is fair game when it comes to eccentric backstabbing biddies at bingo.