Here is a list of some of the new releases for the week of June 30th, 2019. I am going to divide the list into 5 days because there are so very very many of them for the week. Today is the second day of my list for this week. Hope you find some selections for your weekly reading. Enjoy and happy reading. 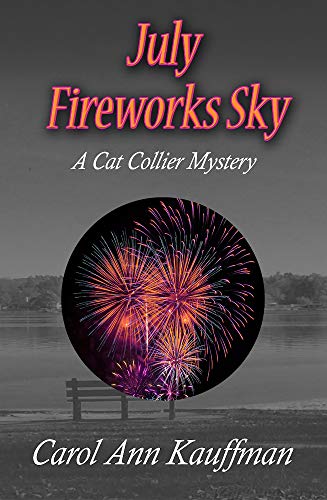 In July Fireworks Sky, the seventh book in the Cat Collier Mystery Short Story series, private investigator Mary Catherine Collier, known as Cat, finds herself in a disturbing, life-altering situation related to her brother’s trial. The outcome will have far reaching effects for not only herself, but Carter, Spencer, and others.  (Amazon) 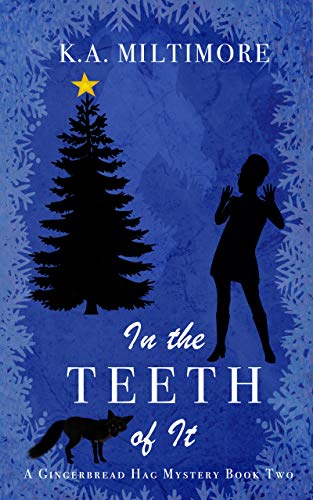 It’s been two months since the fiery events of Burned to a Crisp, and it’s Christmas in Enumclaw. Hedy is back to hosting visitors in her waystation, while Mel and Darro are decking the halls and telling tales of Krampus in between batches of cannibal Gingerbread Men cookies—just another Christmas at The Gingerbread Hag bakery.

But the holiday spirit isn’t the only thing making its way through Enumclaw. Something definitely from the naughty list is attacking the local farms and the children are possessed with mischief. Hedy’s worries increase when the Concierge sends someone to investigate her house and possibly shut the waystation down for good.

Who’s been naughty, and who’s been nice? Not every gift under the tree is one she’ll want to open, but Hedy better hurry, before all of Enumclaw gets caught In the Teeth of It.  (Amazon) 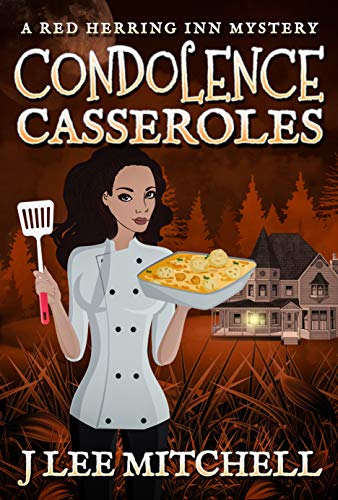 Killers, Bigfoot, and ghosts, oh my!

With Jock’s murder solved, and Andy rescued, Q’Bita hopes life will get back to normal, but she isn’t even out of the hospital before a new pot of trouble boils over.

They say everything happens in threes but preparing for the annual Bigfoot Hunt, slaying the ghosts of her past, and proving her brother didn’t try to murder his best friend might be biting off more than Q’Bita can chew.

Condolence Casseroles picks up right where Moonshine and Malice left off. All your favorite characters are back and can’t wait to share some sweet tea and juicy gossip with you.

Grab your copy now to see what Q’Bita and friends cook up to catch Castle Creek’s latest bad apple.  (Amazon) 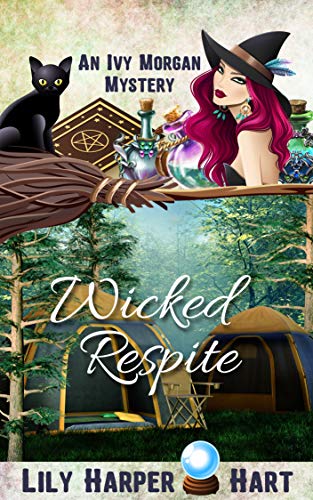 Ivy Morgan and Jack Harker are going camping … again.
It’s meant to be a romantic vacation, a time when they can simply lay under the stars and enjoy one another before plans for their wedding begin in earnest.
It doesn’t quite turn out that way.
When Ivy’s brother Max invites himself along for the ride – along with his new girlfriend, who he’s trying to impress – Jack isn’t happy. Ivy, however, is curious enough about the woman who has stolen her brother’s heart – seemingly out of nowhere – to allow it.
Because it’s Jack and Ivy, things don’t go smoothly. Their first night at camp results in the death of a woman who looks a lot like Max’s girlfriend. Things only spiral more out of control from there.
Ivy is in a tough spot. She’s loyal to her brother beyond imagination but there’s something about Amy that doesn’t ring true, and Ivy is determined to find out every single one of the woman’s secrets.
When murder follows them home, things become dire, and it’s Ivy who must use her new abilities (along with a little help from her friends) to sort things out.
Murder is on the menu and it’s going to take everyone working together to make it out alive.  (Amazon) 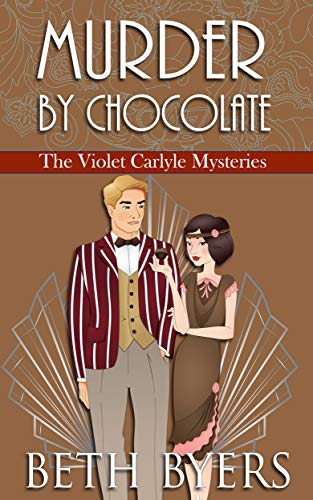 Lady Violet is Mrs. Wakefield now, and she’s settled rather comfortably into her life. During a trip to her country house, she meets a chocolate artisan, she decides that nothing else will suit than an evening at home—with chocolate—as a married woman.

When she invites her friends to her house, she little expects her home to be christened not by chocolate but by murder. Yet again, Vi, Jack, and friends are dragged into a murder investigation. Just who would commit the crime of poisoning chocolate? And why? 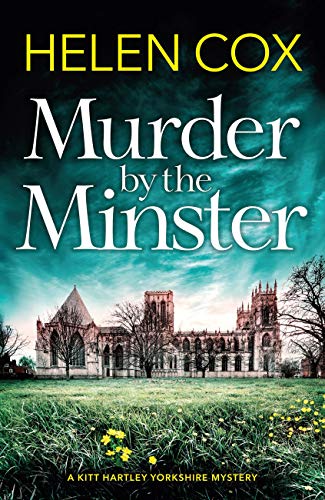 A BRAND NEW COSY MYSTERY SERIES SET IN THE PICTURESQUE CITY OF YORK. FOR FANS OF FAITH MARTIN, BETTY ROWLANDS AND LJ ROSS.

It’s a perfectly normal day for Kitt Hartley at her job at the University of the Vale of York library, until Detective Inspector Halloran arrives at her desk to tell her that her best friend, Evie Bowes, is under suspicion of murder. Evie’s ex-boyfriend Owen has been found dead – with a fountain pen stabbed through his heart – and all the evidence points to her.

Kitt knows there is no way Evie could murder anyone – let alone Owen, who she adored. Horrified that the police could have got it so wrong, Kitt decides there’s only one thing to do: she’s going to investigate Owen’s murder herself. She’s read hundreds of mystery novels – how hard can it be?

With the help of her assistant Grace, and the occasional hindrance of the library’s eccentric regulars, Kitt summons up all her investigative powers (absorbed over years of reading everything from Agatha Christie to Ian Rankin) and gets to work.

She soon discovers that down the quaint streets and snickelways of York lie darker doings than she’d ever dreamed, but she needs to watch her step: the murderer is watching her. And they haven’t finished killing yet…  (Amazon) 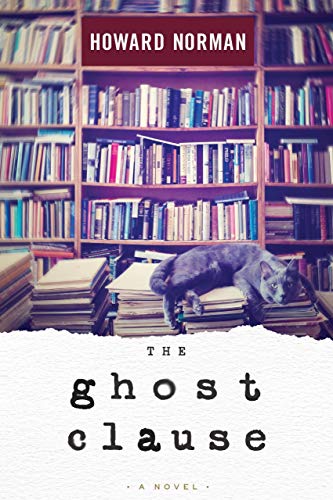 Simon Inescort is no longer bodily present in his marriage. It’s been several months since he keeled over the rail of a Nova Scotia–bound ferry, a massive heart attack to blame. Simon’s widow, Lorca Pell, has sold their farmhouse to newlyweds Zachary and Muriel—after revealing that the deed contains a “ghost clause,” an actual legal clause, not unheard of in Vermont, allowing for reimbursement if a recently purchased home turns out to be haunted.

In fact, Simon finds himself still at home: “Every waking moment, I’m astonished I have any consciousness . . . What am I to call myself now, a revenant?” He spends time replaying his marriage in his own mind, as if in poignant reel-to-reel, while also engaging in occasionally intimate observation of the new homeowners. But soon the crisis of a missing child, a local eleven-year-old, threatens the tenuous domestic equilibrium, as the weight of the case falls to Zachary, a rookie private detective with the Green Mountain Agency.

The Ghost Clause is a heartrending, affirming portrait of two marriages—one in its afterlife, one new and erotically charged—and of the Vermont village life that sustains and remakes them.  (Amazon) 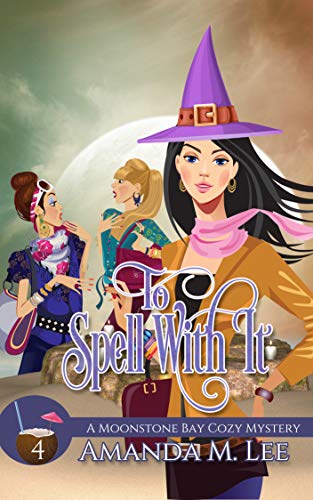 Hunter thinks she’s seen everything – okay, maybe not everything but a lot of things – but she’s never seen a cupid convention.
When her good friend Booker’s fellow cupids descend on Moonstone Bay, she thinks it’s going to be fun and games. Instead, it’s mayhem and mystery when a rash of suicides and attempted suicides hit random island residents.
That means it’s off to the races to solve another mystery.
Hadley has been doing a lot of thinking about her life. She wants a career, not a job. She also wants to uncover a murderer. Even though her boyfriend Galen tries to keep her out of the case, she’s bound and determined to be in the thick of things.
Galen’s fears come to fruition when something starts calling to Hadley in her dreams and he’s convinced whatever creature convinced the others to try to kill themselves is now after Hadley.
Between egocentric cupids who are at war with each other, a big mystery regarding the origin of some of Hadley’s favorite paranormal friends, and her own determination, Hadley isn’t giving up without answers.
She’s used to having magical backup at every turn. This time, she’s going to have to fight the ultimate battle alone.
Is she up to the challenge? She’d better be. Everyone she loves is in danger and she’s the only one who can save them.
It’s time to witch up … and she’s ready.  (Amazon) 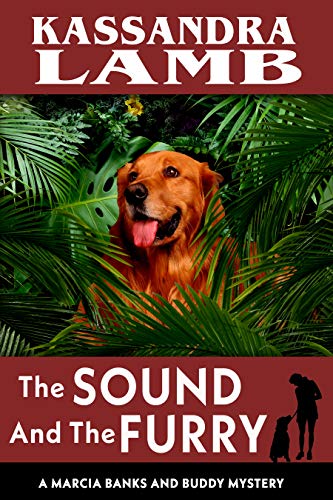 Service dog trainer Marcia Banks had thought it was the perfect arrangement—stay on her client’s private Gulf-coast island and get the human phase of the training done more quickly, while enjoying a much-needed break from the chaos of house renovations back home.

This certainly wasn’t the tranquil getaway she’d envisioned, however. Two resident ghosts, a sour-puss housekeeper and bearing witness to her client’s shaky marriage are bad enough. But within days, she’s discovered even deeper and darker layers of dysfunction.

Via emails and static-filled phone calls, fiancé Will Haines convinces her to get herself and her dog Buddy out of there, but before Marcia can accomplish this, a late-season hurricane abruptly changes course and strands them on the island… with a murderer.  (Amazon) 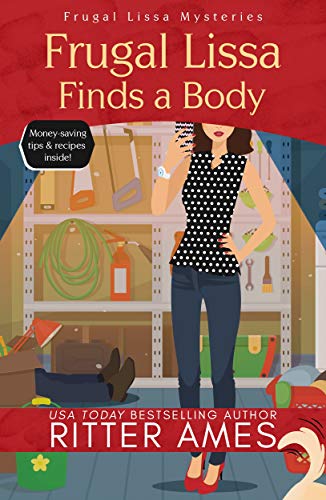 Melissa Eller looked for ways to save people money. She never wanted to find a dead body…
Especially since she and the victim argued in public the previous evening. And she kind of threatened him (all a big misunderstanding – really).

When would she learn to keep her big mouth shut?

Now, she’s suspect number one in the guy’s murder. Worse, the detective in charge of the case is someone Lissa made fun of in high school—because he made fun of her—and he holds more leverage than just the threat of getting her sent to detention. Her boys don’t need a mom in prison!

She should never have moved back home.

Who said small towns were safer?

BONUS: Along with solving the crime, Lissa finds ways to save her blog subscribers money and shares those methods with readers. Also included are terrific family-friendly recipes.