Here is a list of some of the new releases for the week of July 7th, 2019. I am going to divide the list into 4 days because there are so very  many of them for the week. Today is the first day of my list for this week. Hope you find some selections for your weekly reading. Enjoy and happy reading. 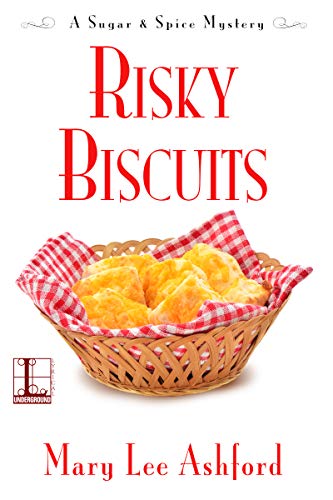 Sugar and Spice Cookbooks’ newest project is a fundraiser organized by the St. Ignatius Crack of Dawn Breakfast Club, famous for their all-you-can-eat biscuits and gravy events. But when a group member is found dead, Sugar and Spice’s priorities change from raising dough to figuring out who put murder on the menu.

The return of former badboy Nick Marchant has stirred the town’s gossips too. Add a few grudges and some old-fashioned greed over a land deal into the mix, and it’s a recipe for mayhem. And when someone serves up a second helping of murder, Sugar and Spice need to sift the guilty from the blameless, or their next breakfast may be their last . . . 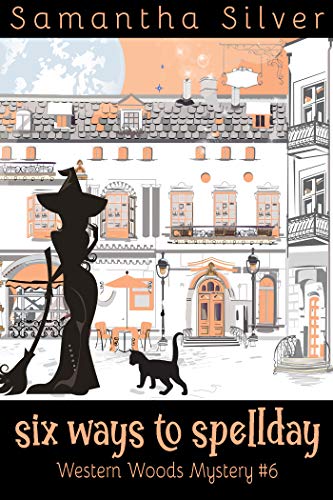 When a local vampire turns up dead, and one of Ellie’s former coworkers is accused of the crime, the girls know they need to get involved and clear the innocent fairy’s name.

But as they get closer to the truth, they find themselves getting mixed up in a separate investigation Kyran is running into human-world crimes. As she tries to unwravel the threads of the two investigations, Tina can’t help but shake this feeling that she’s being followed.

Could it have something to do with her newfound discovery that she’s from the coven of Titan? 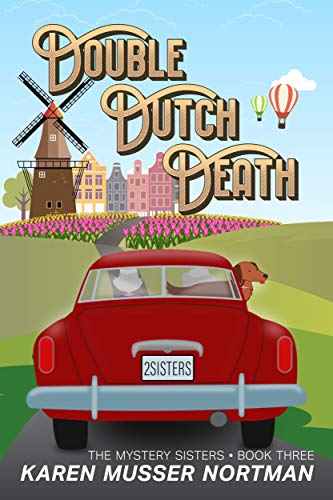 Sometimes tiptoeing through the tulips can lead to murder! Max and Lil, seventy-something sisters, visit their cousin Bess in the middle of the Tulip Fest. But things don’t turn out so rosy for a couple of Bess’ acquaintances who end up pushing up daisies.  (Amazon) 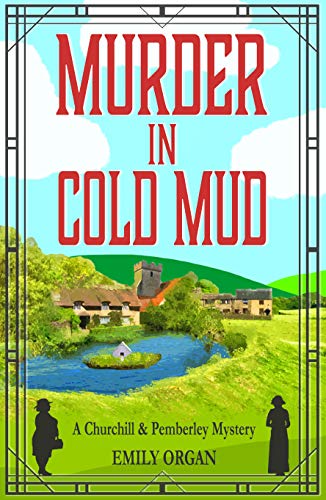 Having established themselves as a successful detective duo, pensioners Annabel Churchill and Doris Pemberley face a new case.

The Compton Poppleford Horticultural Society Annual Show is just around the corner but there’s a problem: someone is murdering the competitors. Stories of vegetable rivalry abound as the local constabulary, Inspector Mappin, investigates.

When the death toll increases, Mappin drafts in assistance but refuses to allow Churchill and Pemberley to help. The two ladies decide to solve the case themselves, however their efforts are hampered by the inspector’s accusations of meddling.

Can Churchill and Pemberley battle the odds to find the culprit before another gardener dies? Compton Poppleford’s long-buried secrets are unearthed as the duo close in on the killer in their midst.

For fans of light-hearted mysteries and sharp-witted elderly sleuths. 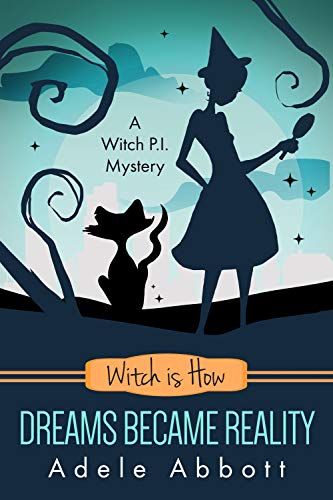 A little of what you fancy does you good…
Jill Maxwell wins big! So why is she so unhappy? And who is the one-legged murderer?
…but lots of custard creams is even better.  (Amazon) 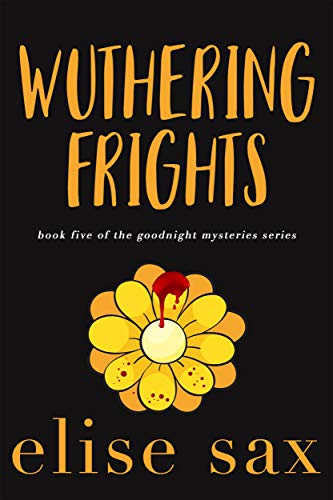 Matilda Dare has a ring on her finger, a thriving business, a beautiful, historical home, two dogs, and an amazing group of friends. She should be happy. But her fiancé might be a serial killer, the sheriff’s dead wife is visiting her, and her husband has escaped from prison. All of that is throwing a wrench into Matilda’s celebrations. The FBI has left town, and the local sheriff is hiding away because he’s still in mourning over his wife, and now it’s up to Matilda to find the real serial killer, save the abducted girls, and find her own happy ending.
*
Wuthering Frights is the fifth installment of the funny small town mystery romance Goodnight Mysteries series and a spinoff of the Matchmaker Mysteries.
*
Goodnight…Sometimes sweet dreams end in murder.
*
“Elise Sax will win your heart.”—New York Times bestselling author Jill Shalvis
*
“Sax will make you laugh. Her larger-than-life characters jump off the page and make crazy seem like a fun place to hang out.”—New York Times bestselling author Christie Craig
*
“With quirky characters reminiscent of Janet Evanovich’s Stephanie Plum series and a small-town heroine redolent of Charlaine Harris’ Sookie Stackhouse” –RT Book Reviews

“A lighthearted and amusing caper with a sexy side order of romance . . . Gladie is an endearing mess of a character, and the book is fast-paced and amusing, with a large cast of quirky, small-town characters.”—Kirkus Reviews, on Matchpoint
*
“There’s plenty for fans to enjoy in Sax’s third Matchmaker installment, complete with energetic narration, zany humor and a mystery that’s as engaging as the details of Gladie’s love life.”—RT Book Reviews, on Love Game  (Amazon) 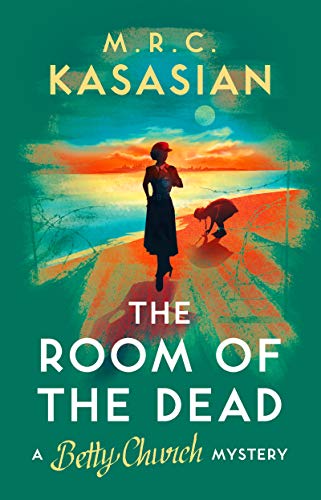 Having solved the case of the Suffolk Vampire, Inspector Betty Church and her colleagues at Sackwater Police Station have settled back down to business. There’s the elderly Mr Fern who keeps losing his slippers, Sylvia Satin’s thirteenth birthday party to attend and the scintillating case of the missing bookmark to solve.

Though peace and quiet are all well and good, Betty soon finds herself longing for some cold-blooded murder…

When a bomb is dropped on a residential street, both peace and quiet are broken and it seems the war has finally reached Sackwater. But Betty cannot stop the Hun, however hard she tries. So when a body is found on Sackwater’s beach, Betty concentrates on finding the enemy much closer to home.

‘Eccentric and entertaining with a nicely complex plot’ Crime Review. 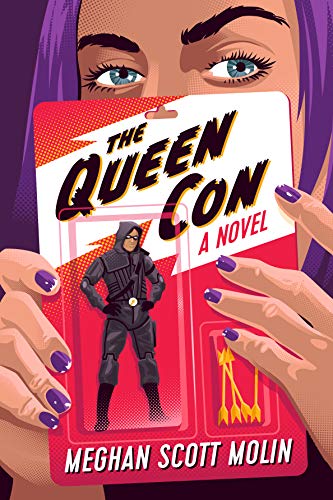 What’s a comic book writer’s life without a real-life archnemesis?

MG Martin thought she’d turned the last page on the dangerous Golden Arrow case. The bad guys are behind bars, and the rest is up to her detective boyfriend, Matteo Kildaire. But when Golden Arrow impersonators start popping up all over Los Angeles, the writer in MG can’t help but be intrigued. Are they impostors, or has the original Golden Arrow returned for another story arc?

A reemergence of drug crime has left the LAPD baffled, and golden arrows are once again being left at crime scenes. Matteo asks MG if she’ll resume consulting on all things geek, and she jumps at the opportunity. No need to mention that she may also do some sleuthing, with her friends’ help, right?

It’s rumored that the Golden Arrow will make a guest appearance at an exclusive queen party, and MG, Lawrence, and Ryan go undercover to sniff out the truth. But the sting goes sideways in a deadly way, and it’s up to their little crew to prove that the Golden Arrow might actually be the supervillain they’re chasing. Because looks can be deceiving, and every good writer knows the sequel is where the real plot twist happens…  (Amazon) 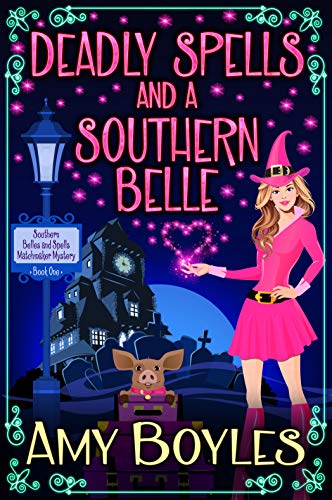 Escape to Witch’s Forge, a magical town tucked deep in the heart of Tennessee’s Smoky Mountains.

That is, until Charming Calhoun arrives.

Charming has everything a Southern Belle could ask for—a thriving matchmaking business and great employees.

But when one of her employees goes missing in Witch’s Forge, she quickly realizes there’s something sinister afoot.

Once she arrives, Charming discovers a world of strange. Her house has a mind of its own—adding rooms and coughing up objects. There’s also a broomstick that likes to spank and a pot-bellied pig with an appetite for chocolate.

Then she butts heads with the local vampire chief of police.

A handsome vampire cop in a town full of witches? Vampires and witches are mortal enemies.

But Charming better stay on the vampire’s good side because when someone winds up dead, everyone’s a suspect.

She’s got her work cut out for her. Can Charming solve the mystery and return to her old life?

Or will she discover that in the Smoky Mountains her life truly begins? And if so, can Charming survive long enough to enjoy it, or will she become the murderer’s next victim? 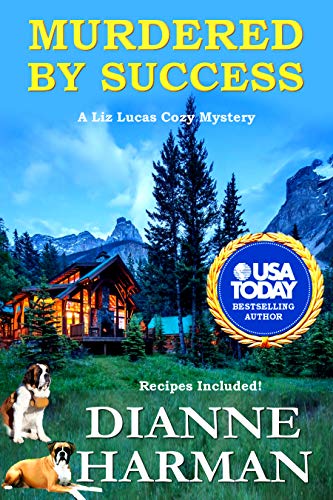 Success can be a powerful motive for murder.
Particularly when a man is only twenty-four years old and has made millions.
But maybe it was revenge, greed, or his extramarital affairs.

When Connor, the wunderkind, rented out the entire Red Cedar Lodge and Spa for just himself and his assistant, that should have been a warning to Liz that he wasn’t an ordinary man.

It quickly becomes apparent to her that in order to protect her staff, Connor’s wife, and even Liz herself, she has to find the murderer before any of them becomes the next victim.

Real estate can be a dirty business, but unfit fathers can be just as bad. Sometimes if you just wait around long enough, you get a chance to see karma in action. Here’s your chance.