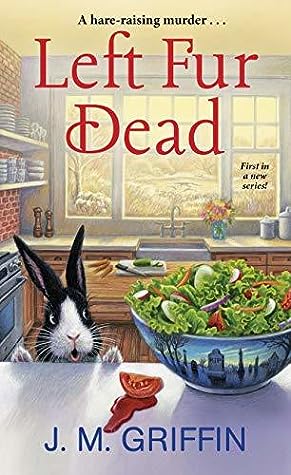 On Fur Bridge Farm, Jules cares for rescued rabbits. But when a killer strikes, she’ll need a rabbit to rescue her . . .

Juliette “Jules” Bridge prides herself on the tender rehabilitation she provides for injured or abused rabbits on her New Hampshire rescue farm, but she has a very special relationship with one bunny in particular. Bun is a black-and-white rabbit who happens to have the ability to communicate through mental telepathy. Once she got over the shock, Jules found her furry friend had a lot to say.

One frigid March morning on their walk together, Bun spots a body. The police identify the frozen stiff as Arthur Freeman, aka Arty the Mime. Jules and Arty knew each other on the children’s party circuit, where he’d perform magic tricks and she had an educational rabbit petting pen. With Bun egging her on, Jules decides it’s time they hop to it and put their heads together to discover who silenced the mime. But their investigation leads them down a rabbit hole of more suspects and lies, while a killer sets a trap for them… (Goodreads)

The characters were well developed and well rounded. Jules is a hardworking smart woman who is very proud of Fur Bridge Farm. She loves animals and will do whatever it takes to keep the rabbits in her care safe and well cared for. I liked the premise of the story, I do not know of very many other cozy mysteries that center around bunnies. Bun, Jules telepathic talking bunny, was a very interesting character.

The writing style flows smoothly and the book is an easy read. The author is very talented in her descriptive writing and I felt like I was at the farm, watching all of the action taking place. At times I felt like there was too much information and repetition. I did not need to keep reading about all of the barn chores and what the rabbits were eating. That is only my opinion and other readers may not agree.

The mystery was carried on well throughout the book. I was pretty sure who the culprit was about halfway through the book, but I did not know the why. I felt the reason for the murder was a little thin but again that is only my opinion.

For the first book in a series, I thought this book was good and the series has a lot of potential. I would recommend this book to anyone who enjoys a well crafted cozy mystery and I will definitely read the next one.

Here is a list of some of the new releases for the week of July 7th, 2019. I am going to divide the list into 4 days because there are so very  many of them for the week. Today is the second day of my list for this week. Hope you find some selections for your weekly reading. Enjoy and happy reading. 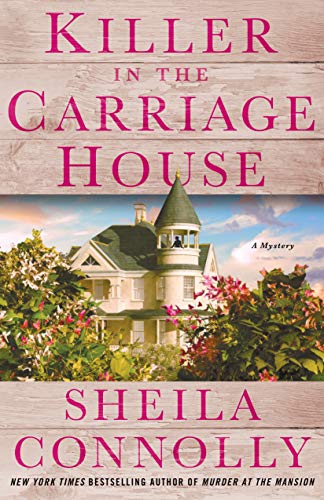 After fifteen years away, Kate Hamilton never expected to end up back in her hometown of Asheboro, Maryland full time. And she definitely didn’t expect to be leading the charge of recreating the town as a Victorian village and tourist attraction. But as unexpected as the circumstances are, Kate is ready to tackle them.

The town, on the other hand, is going to take some convincing. Ever since Henry Barton’s shovel factory closed down, it’s started to seem like there are more tumbleweeds than tourists rolling down Main Street. Kate’s ideas are good, but ambitious—and her friends and neighbors are worried that finding the money for them would push the town even further into debt.

Luckily, Kate and the handsome historian Joshua Wainwright are two very determined people who may have come up with a solution. The Barton mansion, meant to be the centerpiece of the Victorian village, has proven to be a veritable goldmine of documents about the town’s nineteenth-century history, and Kate is convinced the papers hide something of value. When a dead body turns up in the town library—mere hours before the documents were meant to arrive there themselves—Kate begins to worry that the papers spell danger instead of dollars. It seems that someone doesn’t want these forgotten secrets coming to light, and they’ll do whatever it takes to keep Kate quiet…  (Amazon) 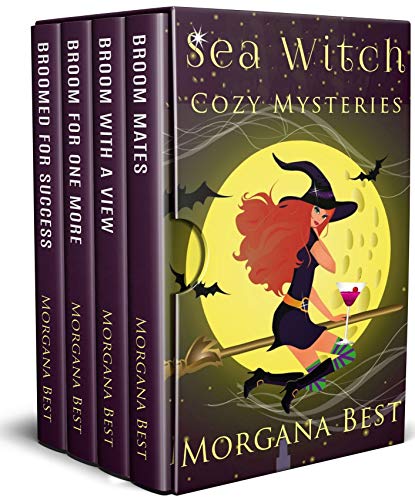 Comprises all 4 books in the Sea Witch Cozy Mystery series

Join Goldie Bloom, a thirty something, high flying real estate agent sent out into the wilds of quiet seaside Australia by the boss who broke her heart. She’s not expecting to move in with a room mate named Persnickle, discover she is descended from an ancient coven of sea witches, or find herself in the middle of a town with no coffee, but that’s precisely what happens.  (Amazon) 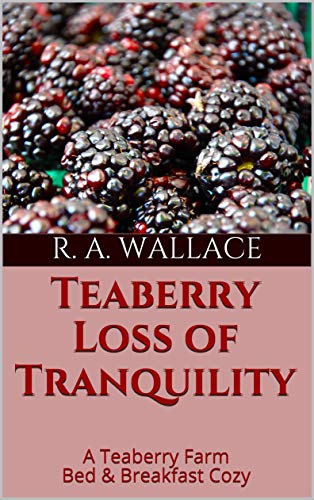 A Teaberry Farm Bed & Breakfast Cozy Book 22
Things in Teaberry become hectic when small steps cause giant changes and resentment turns to murder. This mild cozy mystery offers a clean read with a female amateur sleuth and friends in a small-town setting. Main characters in the series are multigenerational.  (Amazon) 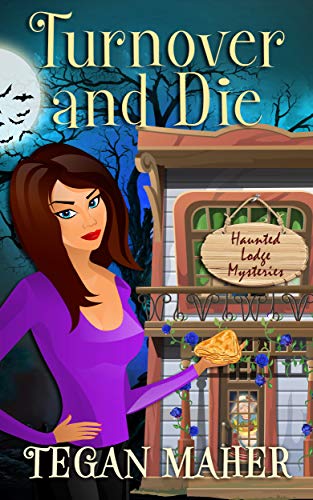 When a beloved elder of the culinary community turns up dead at a cooking competition, it’s up to Toni and her new circle of friends to solve the mystery … because the sheriff’s at the top of the suspect list!  (Amazon) 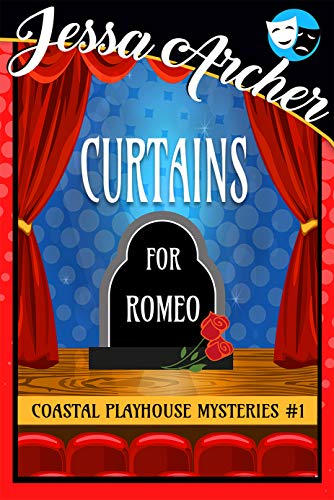 ROMEO, ROMEO, WHEREFORE ART THOU?
​
Acting jobs are scarce now for former TV teen detective Antigone Alden. So when a teaching position opens up at Southern Coastal University, Tig packs up her teenage daughter and heads home to the Outer Banks of North Carolina.

The house she inherited from her mother isn’t entirely empty, however. Her mom seems stuck between this life and the next, and now Tig is a local reporter’s prime suspect in the murder of the former theater professor. Given his reputation as ladies’ man, there are plenty of people with a motive.

Tig isn’t a detective. She just played one on TV. Will that be enough to help her find the killer?  (Amazon) 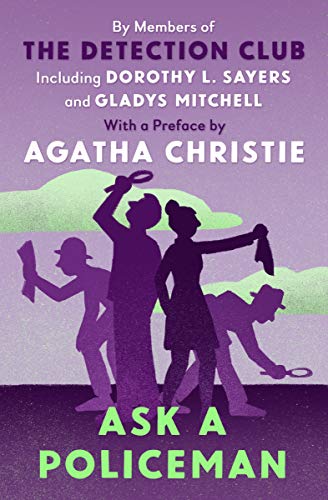 With “a touch of genius,” this round-robin mystery follow-up to The Floating Admiral features famous detectives including Lord Peter Wimsey (The Times Literary Supplement).

Following the success of The Floating Admiral, in which certain members of the Detection Club—including Agatha Christie, Dorothy L. Sayers, and G. K. Chesterton—collaborated on a whodunit, six writers pooled their talents to create another coauthored mystery. This time the premise had an added twist: authors would swap their detective characters, allowing for some extremely entertaining parodies of one another’s sleuths.

When a ruthless British newspaper tycoon is shot dead in his home, the high-level suspects include the assistant commissioner of Scotland Yard, casting doubt on the impartiality of a formal police investigation. As a solution, the home secretary brings in four brilliant detectives to solve the murder: Mrs. Bradley, Sir John Saumarez, Lord Peter Wimsey, and Roger Sheringham. 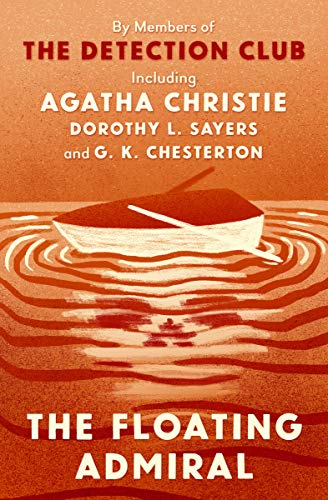 Originally published in 1931, The Floating Admiral is a classic literary collaboration by members of the Detection Club, in which each chapter is written by a different mystery author, with G. K. Chesterton adding a prologue after the novel was completed. Each writer was tasked with building on what the previous writer created, without ignoring or avoiding whatever plot points had come before. Although Anthony Berkeley wrote the definitive conclusion to the mystery in his final chapter, the writers all provided their own individual solutions, each in a sealed envelope, which appear in the appendix. In the words of Dorothy L. Sayers in her introduction, the spirit of the project was that of a “detection game,” for the amusement of the authors—and their readers.

In the sleepy English seaside village of Whynmouth, an old sailor discovers a corpse floating serenely in a rowboat owned by the local vicar. The victim has been stabbed in the chest. It falls to Inspector Rudge to solve this most baffling mystery, in which not only the identity of the killer but the identity of the victim is called into question.

“I was . . . hugely entertained by the virtuoso displays of mental gymnastics, which kept me guessing all the way.” —The Guardian  (Amazon) 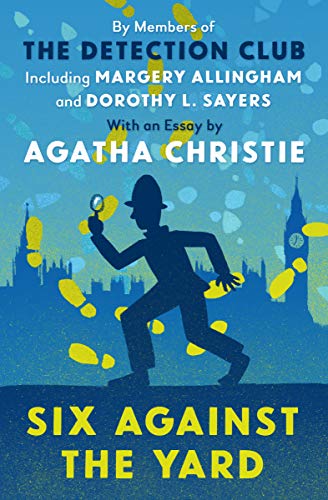 Founded in England in the 1930s, the Detection Club brought together an impressive array of Golden Age Mystery authors. Their projects included The Floating Admiral, a whodunit in which twelve different writers contributed individual chapters, as well as Ask a Policeman, another collaboration in which the mystery writers swapped detectives to solve a murder.

In Six Against the Yard, a half dozen mystery masters—Margery Allingham, Father Ronald Knox, Anthony Berkeley, Russell Thorndike, Dorothy L. Sayers, and Freeman Wills Crofts—each create a perfect crime, a seemingly unsolvable mystery. The stories are then analyzed by Ex-Superintendent Cornish, C.I.D., a real-life retired police detective, to see if they would indeed stump Scotland Yard. This edition also features an afterword by inaugural Detection Club member Agatha Christie on a true unsolved case of arsenic poisoning in Britain in 1929.  (Amazon) 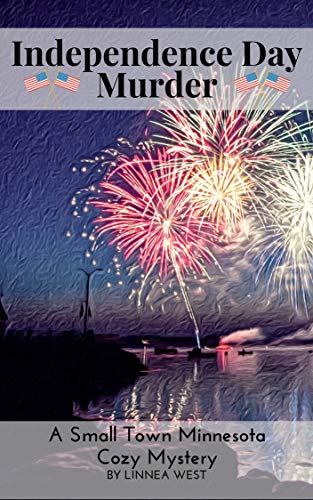 No one will be able to hear gunshots on the Fourth of July.

Planning a friend’s wedding the week of the Fourth of July is stressful enough, but Tessa’s best friend insisted on getting married at a new winery in Shady Lake that has never hosted a wedding before. While Tessa does her best to help plan the wedding, she starts to get caught up in a low-key corruption scandal in Shady Lake. Murray Biggs, a new doctor in town, has bribed his way into having a private beach and the residents of the small town are not standing for it.

But then Murray is shot during the Fourth of July fireworks and everything is thrown into chaos when Derek, the owner of the winery, is accused of the murder and the wedding is seemingly canceled. Not only does Tessa have to solve the murder to exonerate Derek and get the wedding back on track, but she only has a few days to do it.

Can she get it all done in time to see her friend walk down the aisle?

While you can enjoy Independence Day Murder as a standalone, it is more fun to start the series with Halloween Hayride Murder.  (Amazon)