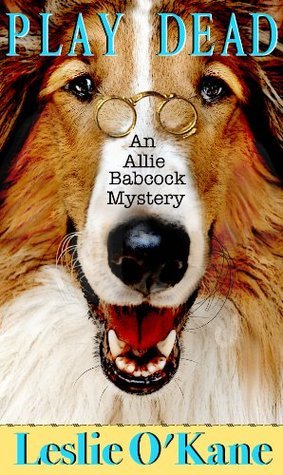 At her brand new shop in Boulder, Allie’s very first client is a dejected collie whose previous owner allegedly took her own life. But with a natural nose for crime, Allie soon suspects murder—leaving her dejected canine client as possibly the sole witness to the crime.

With the scent fresh, Allie is quickly on the case – but a second murder curtails her investigation. Before taking another step, Allie needs to count her enemies: several suspicious dog owners, a boyfriend with a temper (and a demand for vengeance!), and a mysterious door-to-door salesman with a curious tale to tell…

Bizarre salesman, vicious boyfriend and suspect dog owners – one thing is for sure – Allie’s life may never be safe until one of these characters lands in the pen… (Goodreads)

The characters are well developed and well rounded. I enjoyed getting to know Allie, but I do not think that she is as smart as she thinks she is, because of some of her actions. She takes chances that she should not be taking, and she does not seem worried when she breaks into the victim’s house a couple of times. I also wonder about her abilities as a dog behavior therapist and dog owner. She seems to be constantly leaving her dog in the car, which is a big no-no. That is only my opinion and others may not agree with me.

The writing style flows smoothly and the book is an easy read. There was a lot of action contained within the pages of this book. It seemed like every couple of pages, something was happening. It was hard to catch my breath before the next thing would happen. The author is very talented in her descriptive writing and these descriptions pulled me into the story right from the beginning.

The mystery was well plotted and carried on well throughout the entire book. There were enough clues to sift through and suspects to consider, and it was not easily solved. I had the bad guy picked out a few times, only to find out I was wrong.

I would recommend this book to anyone who enjoys a well crafted cozy mystery. I will definitely read the next book in the series.

Here is a list of some of the new releases for the week of July 7th, 2019. I am going to divide the list into 4 days because there are so very  many of them for the week. Today is the second day of my list for this week. Hope you find some selections for your weekly reading. Enjoy and happy reading. 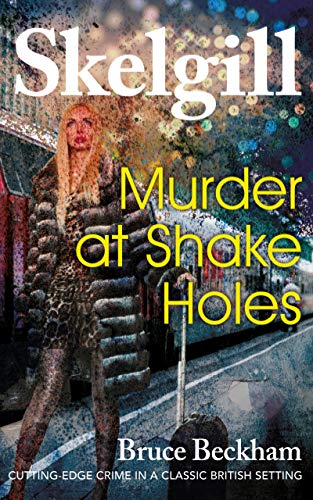 MURDER ON THE MIDNIGHT EXPRESS? When the exclusive London-to-Edinburgh sleeper plunges into a snowdrift deep in the Cumbrian fells, DI Skelgill awakes to discover one fellow passenger dead and another missing.

Through a blinding blizzard Skelgill leads a daring evacuation – but even before they reach the sanctuary of an isolated coaching inn, a third traveller suffers a life-threatening mishap.

As suspicion pervades the elite group of apparent strangers, Skelgill has to face an uncomfortable question. Could it be that the dead man – a world authority on money laundering – has been silenced? And is a ruthless conspiracy afoot to gain possession of his incriminating memoirs?

Cut off without communications, surrounded by treacherous moorland, Skelgill must conduct a clandestine investigation. He faces a race against time – and the knowledge that, if he shows his hand, more innocent lives will be at risk.  (Amazon) 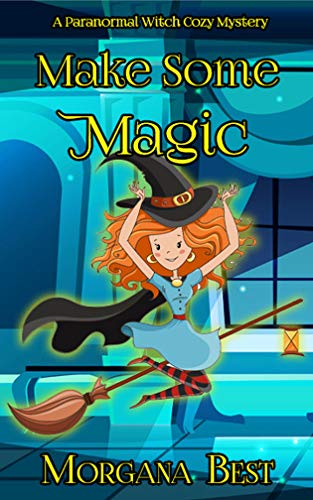 Thanks to Aunty June, Misty has a devil of a time in an old gold-mining town.
Can Misty discover an indigenous Australian spirit before anyone else dies?
And what happens with John Smith?
Join Misty as some secrets are finally revealed. 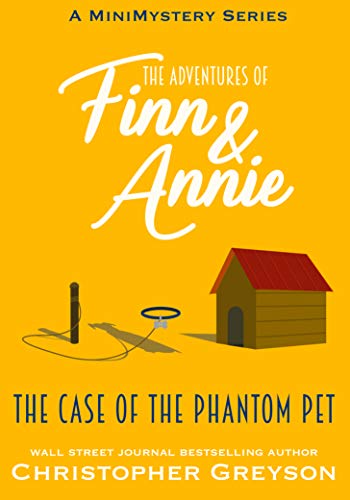 Each installment of these mini-mysteries is a sweet, bite-sized read, something you can easily get through in half an hour. Every book in the series will go FREE on Amazon for a limited time every 90 days, so keep your eyes open for these deals! They’re also FREE to read with Kindle Unlimited!

Recently involved in a car accident, a man now claims that his precious dog, Bun, was injured during the crash, too. Can Finn and Annie solve the case and discover what really happened to Bun?

In this heartwarming short story by Wall Street Journal bestselling author Christopher Greyson, join Finn and Annie as they work together to solve The Case of the Phantom Pet!

Finnian Church is trying to piece his life back together. After losing his leg serving in the Army, he is starting a new career as an insurance investigator. Joining him is newly hired videographer Annie Summers— a woman who lost her hearing and is trying to make it as a single mother of two. The world might see them as broken and battered souls, but as they come together to solve mysteries, they discover that they make a great team. Join this unlikely duo as they investigate their way through murder, arson, theft, embezzlement, and maybe even love, seeking to distinguish between truth and lies, scammers and victims.

Buy The Case of the Phantom Pet now and enjoy The Adventures of Finn and Annie — A MiniMystery Series that will touch your heart and leave you craving for more!  (Amazon) 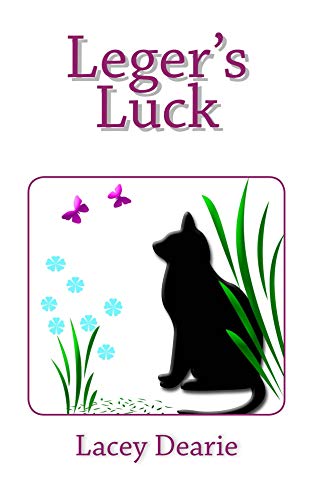 Spring has arrived in Glasgow and things keep going right for Leger. It’s almost as if he can’t stop having good luck. But he also has a new mystery to solve and he’s relying on his luck not running out in order to take the risks necessary to unravel this mystery.

This is the 29th book in the Leger Cat Sleuth Mysteries, available for pre-order from 30th March 2019.  (Amazon) 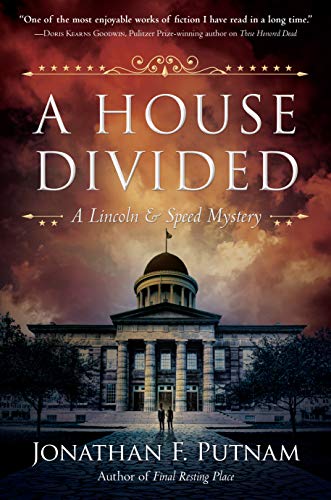 The new arrival of a woman named Mary Todd wedges a rift between Abraham Lincoln and Joshua Speed, but they must resolve their differences if they stand any chance of cracking one of the most harrowing murder cases they have ever faced.

In the winter of 1839, a sensational disappearance rocks Springfield, Illinois, as headlines announce a local man has accused his two brothers of murder. Not one to pass up an opportunity, Abraham Lincoln takes up the case of the accused with the assistance of his best friend Joshua Speed to search for evidence of innocence.

But just as soon as they begin, Lincoln and Speed find their friendship at grave risk of rupture as they vie for the hand a beautiful new arrival in town: an ambitious, outspoken young woman named Mary Todd. As the trial arrives, can Lincoln and Speed put aside their differences to work together for justice once more? An innocent man’s life may be in the balance—and nothing is as it seems.

Re-imagining one of the greatest unsolved murder mysteries from Abraham Lincoln’s real-life trial cases, A House Divided is the most captivating Lincoln and Speed mystery yet from expert Lincoln scholar Jonathan F. Putnam.  (Amazon) 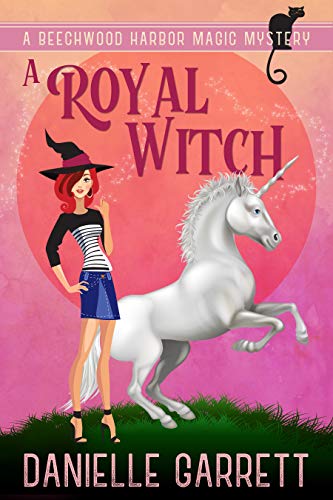 The Beechwood Manor is filling up fast and Holly’s feeling the pinch.

There are several new roommates in the Beechwood Manor, and one of them is a royal witch.

Unrest in a haven-ally magical kingdom leads a foreign princess into hiding and the Supernatural Protection Agency deems the Beechwood Manor as the perfect safe house—and Holly, her perfect guardian.

But with Holly’s business taking off and a new apprentice under her wing, a royal babysitting detail is the last thing she needs. Besides, the spoiled princess is adamant she can take care of herself. So who could blame her if her supervision is a little lax?

When tragedy strikes, the bratty royal’s problems land at the manor’s front door and it’s going to take all hands on deck if the paranormal roomies hope to make it out alive. 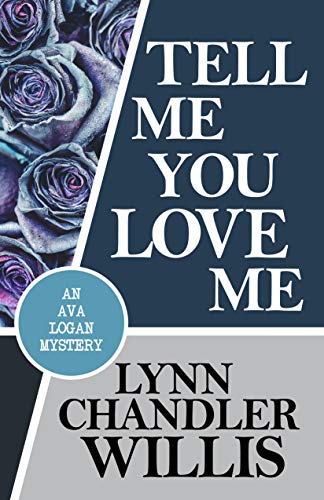 When long-buried human remains are found at an old deserted mill in Jackson Creek, North Carolina, newspaper publisher Ava Logan uncovers more than a cold case. With a bullet still lodged in the skull, the only certainty is the victim died a violent death.

As Sheriff Grayson Ridge and an anthropologist work to identify the remains, Ava sets out to discover where love, betrayal, and family ties entwine.

Determined to uncover the identity of the victim, Ava unwittingly sets off a chain reaction of consequences no one in Jackson Creek is prepared for. Decades-old secrets surface and threaten to destroy those closest to her.

Exposing family truths will compromise the ones she loves—not exposing them will jeopardize her relationship with Sheriff Grayson Ridge.

What will Ava do for love? How far will a murderer go to bury the truth? How long will they all live the lies?

TELL ME YOU LOVE ME by Lynn Chandler Willis | A Henery Press Mystery. If you love one, you’ll probably love them all.  (Amazon) 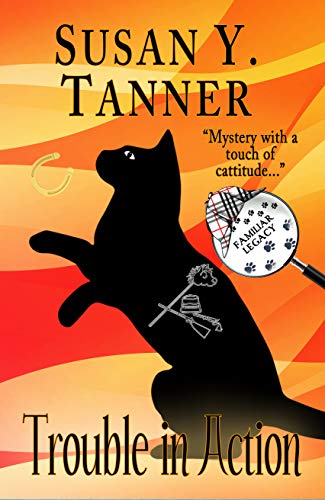 Kylah West has faith in her horses and her skill to ride them in a reenactment of the Civil War battle of Albrecht Creek. Still suffering from her husband’s suicide, Kylah’s only focus is work. But her concentration is broken when she meets U.S. Marshal Wolf Stockton and the body of a young reenactor is found, shot through the heart with a vintage rifle.

Is it revenge, an accidental shooting, or a hint that opposing forces in the community are boiling over? Those questions turn personal for Wolf and Kylah when her life is endangered. Into the exciting world of stunt riders, tension between the university sponsoring the reenactment and a Cherokee nation tired of being wrongly blamed for everything, strolls Trouble, black cat detective.

Trouble attaches to Kylah when he realizes her vulnerability. He works with Wolf to determine who is behind the murders—and who is attempting to ambush Kylah and her horses as she gives the key performance of the reenactment. As the feline races the clock to keep Kylah safe, he also realizes the two bipeds have another deep need—for each other. He must help solve the mystery while showing his humans the path to true love.  (Amazon) 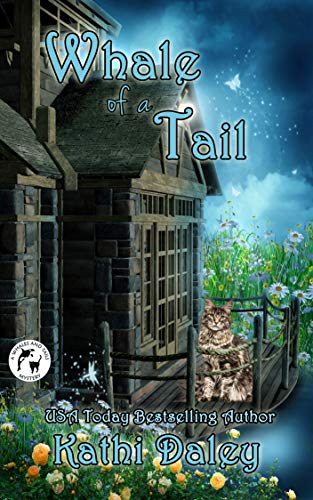 Visiting author Winnifred Westminster turns up dead after a speaking engagement at Coffee Cat Books where she tells those in attendance the story of the very real murder her book is based on. A murder she assures them that local law enforcement were never able to solve, but after years of research, she assured them she’d found the answer they couldn’t. During the speaking engagement, Winnie tells the story of the murder but doesn’t share the ending. She tells the group that they will have to buy the book if they want to see how it all turns out. When Winnie turns up dead, Cait and Tara suspect that someone must have wanted to prevent her from telling the end of the story and unveiling a secret that the killer obviously doesn’t want revealed.

Cait and the gang set out to solve not one but two murders amongst homecoming festivities and a Halloween celebration.   (Amazon)