Here is a list of some of the new releases for the week of July 14th, 2019. I am going to divide the list into 4 days because there are so very many of them for the week. Today is the fourth and final day of my list for this week. Hope you find some selections for your weekly reading. Enjoy and happy reading. 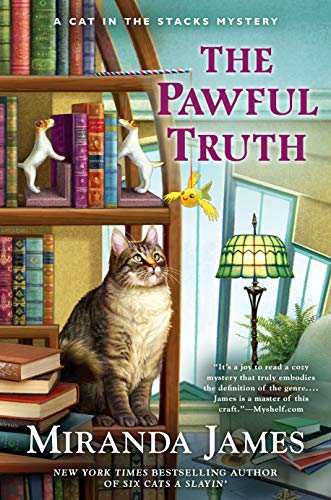 When Charlie Harris decides to go back to school, he and his Maine Coon cat, Diesel, find themselves entangled in a deadly lovers quarrel on campus in the latest installment of the New York Times bestselling series.

In addition to his library duties and his role as doting grandad, Charlie has enrolled in  an early medieval history course offered by young, charismatic professor Carey Warriner. Charlie feels a bit out of place- his fellow classmates are half his age- except for Dixie Bell Compton, another ‘mature’ student. When Charlie hears an angry exchange between her and their professor, his interest in piqued. He’s even more intrigued when she shows up at his office asking for a study partner. Charlie turns her down and is saddened to learn just a few days later that Dixie has been killed.

Charlie wonders if Professor Warriner had anything to do with Dixie’s death. Warriner is married to a fellow professor who happens to be a successful author. There are rumors on campus that their marriage was on the rocks. Was Dixie’s death the result of a lovers’ triangle gone bad? Charlie soon discovers that the professor’s wife may have some secrets of her own and his suspect list is only getting longer.

As he and Diesel step further into the tangled web of relationships, someone else is viciously killed. Whose jealousy finally erupted into murderous rage? Was it a crime of passion or is there another  more sinister motive? Charlie  races to unravel this mystery: and to draw out the culprit, he may just have to put his own life on the line…  (Amazon) 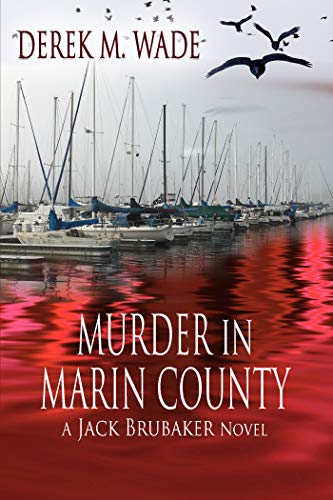 n You Don’t Know Jack: Murder in Marin County, Jack Brubaker, veteran sailor and private investigator, becomes embroiled in a gruesome Marin County murder case while searching for his missing sister. In his hunt for the murderer, the world weary Brubaker teams up with homicide detective Ellen Jacobs and is aided by a collection of local eccentrics in the San Francisco Bay town of Sausalito. Hired by the victim’s wife, Jack himself becomes the focus of the police investigation as he delves into the murky side of Marin County, complete with trailer parks, meth houses, and Cult compounds. During Jack’s investigation he is forced to revisit the sailing death of his father, while coming to terms with his failed relationship with his sister Lucy.  (Amazon) 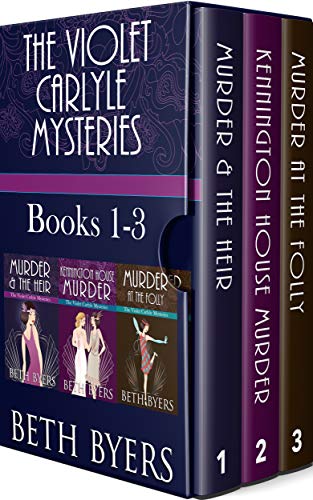 Books 1-3 of The Violet Carlyle Mysteries.

Including Murder & The Heir, Kennington House Murder, and Murder at the Folly.
Are you ready for the roaring twenties? For a spunky young woman determined to craft her own life? If so, you’ll love Vi, her indulgent twin Vic, and their friends. You might even find your imagination caught by the detective, Jack Wakefield. For fans of Carola Dunn, Jacqueline Winspear, Georgette Heyer, and Lee Strauss.

A light, cozy mystery with a fun peek into life in the life of a bright young thing. No swearing, graphic scenes, or cliffhangers.  (Amazon) 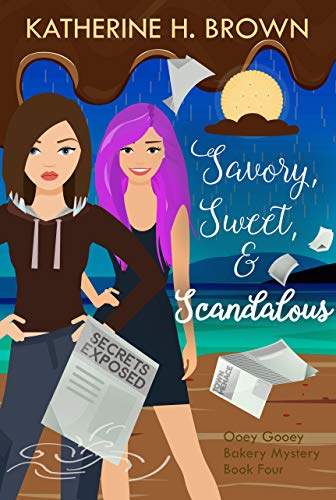 Two best friends & a bakery! Secrets swirling in with the rain. You don’t want to miss this fun & delicious read.

The storm of the season is rolling in to Seashell Bay but that isn’t the only thing that has Piper and Sam blown away.

When photos and secrets from the past start popping up left and right threatening Sam’s mother, the blame is placed squarely on Sam’s shoulders.

Now, Piper and Sam are drowning in questions while the town is flooding with danger. Throw planning a surprise going away party at the Ooey Gooey Goodness Bakery into the mix and it’s a recipe for disaster!

Will Piper and Sam figure out who is spilling secrets before the scandal spirals and sinks Sam’s mother for good?
Or have the girls finally bitten off more than they can chew?  (Amazon) 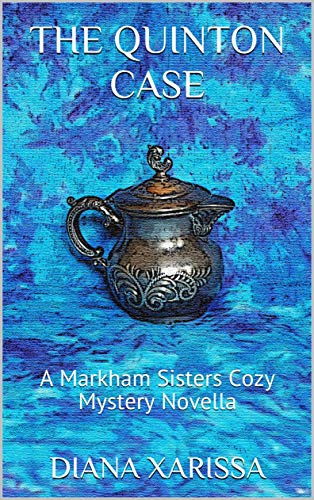 It’s nearly Christmas, and Janet and Joan Markham have been looking forward to having Doveby House to themselves for a fortnight. Joan promised not to book any guests into the bed and breakfast through Christmas and New Year. When Joan gets a letter from a distant cousin who wants to visit, though, the sisters can’t bring themselves to turn him away.

Roland Dickerson turns out to be a fairly unpleasant man who expects to be entertained during his visit. While the sisters do their best, they feel considerably less hospitable when Roland informs them that before he arrived he’d discovered a newer will written by the sisters’ great-aunt Mildred. Janet and Joan had used the money they’d inherited from Mildred to buy Doveby House.

When Roland’s solicitor, Eldridge Quinton, arrives, he and Roland suggest a settlement that would see the sisters paying their cousin far more than they can easily afford.

But is Roland truly their distant cousin? Is the newly discovered will actually genuine? Will the man’s visit ruin Christmas for the sisters, or can their friends help them out of a difficult situation?  (Amazon) 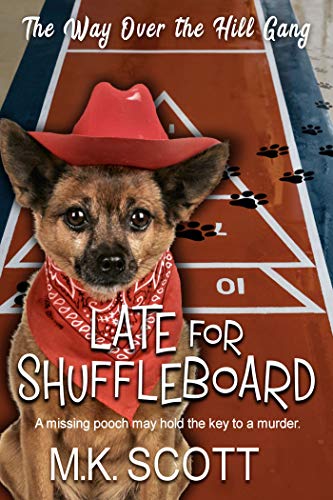 The senior sleuths are hot on the trail of a veteran’s murderer and a missing dog in a cold case that’s raising eyebrows and causing a stir in their tightknit community.

The clock is ticking. Only a few short days before the victim’s home is razed and all the potential evidence is wiped clean.
With new complications at every turn, the Senior Sleuths feel the heat as the impossible deadline approaches.

Can they close this case before the truth is buried for good?  (Amazon) 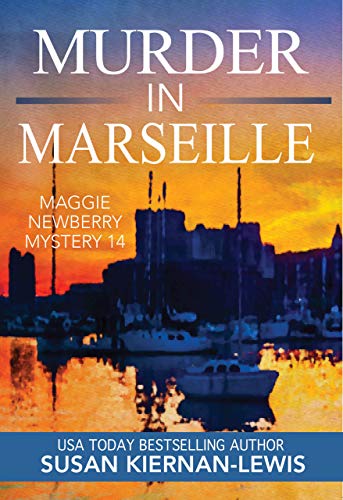 When the dead body of one of Marseille’s most corrupt politicians is found stuffed in Maggie’s car trunk it creates a bubbling stew of deception, betrayal and revenge.

Is there a connection between the victim and Maggie? Her family? Or is this a message for Laurent as a result of his nefarious history of crime and misdeeds?

Even worse, a devastating family secret that Laurent and Maggie have spent the last twelve years hiding is shockingly revealed to the world, putting everything they have—as well as everyone they love—in immediate jeopardy.

This heart-stopping thrill-ride takes you through the menacing back streets of Marseille in Maggie’s determined trajectory toward the truth—and the truly evil—behind it.

(Bonus: Laurent’s classic bouillabaisse recipe is at the end of the book!) 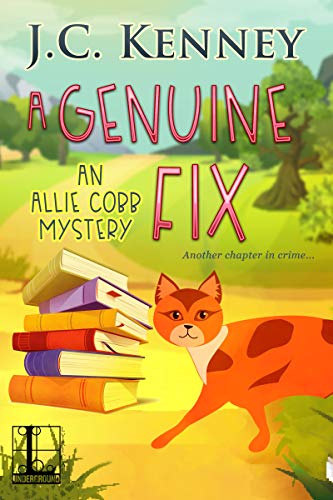 Running the family literary business while preparing for her best friend’s wedding, chairing a park planning committee, and getting her rescue cat to bond with her boyfriend’s golden retriever doesn’t leave Allie Cobb much time for crime-solving. But when the guy who stood her up the night of her high school senior prom is killed and dumped in a pile of mulch, Allie’s suddenly the prime suspect.

It’s insulting enough that gambler, drunk, and all-around lowlife Georgie Alonso was found on the site of the memorial park honoring Allie’s deceased father. Now she’s fighting to clear her name and hold off a rush to judgment. But politics, decades-old secrets, and a slew of high-profile suspects make dangerous bedfellows as the eve of the park’s grand opening draws nearer. She’ll have to nab a killer soon, before her storybook life gets a bad ending …  (Amazon) 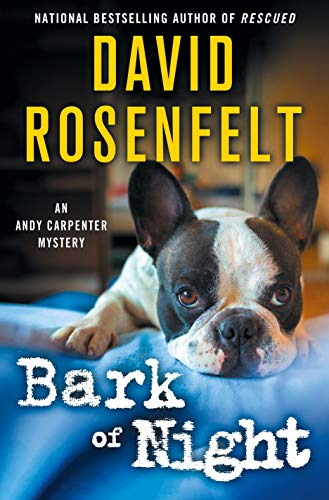 When defense lawyer Andy Carpenter’s veterinarian asks to speak to him privately at the checkup of his golden retriever, Tara, the last thing Andy expects is Truman. Tiny, healthy, French bulldog Truman was dropped off days ago with instructions to be euthanized by a man everyone thought was his owner. But now the owner is nowhere to be found.

Andy is furious. Who would want to euthanize a perfectly healthy dog with no explanation? He is willing to whisk Truman away to the Tara Foundation, the dog-rescue organization which is Andy’s true passion. They will find a home for Truman. But that’s not all the vet tells Andy. Thanks to Truman’s chip, it’s discovered that the man wasn’t Truman’s owner at all . . . Truman’s real owner has been murdered.

It’s now up to Andy – with help from his loyal sidekick Tara, Truman and the rest of the gang – to solve this case. In the latest in the popular Andy Carpenter mystery series, David Rosenfelt’s charmingly clever wit and love of dogs are back and better than ever.  (Amazon)