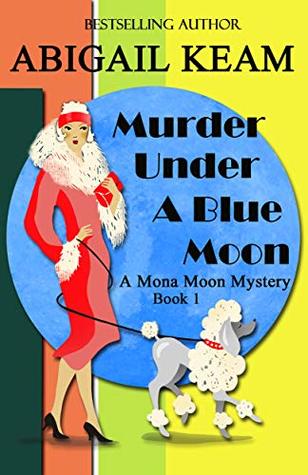 Mona Moon is not your typical young lady. She is a cartographer by trade, explorer by nature, and adventurer by heart. But there’s a problem.
Miss Mona is broke. It’s during the Depression, and National Geographic has just turned down her application to join an expedition to the Amazon.
What’s she to do? Perhaps get a job as a department store salesgirl. Anything to tide her over until a next assignment.
There’s a knock on the door. Who could this be in the middle of the night? Holding a revolver, Mona reluctantly opens her door to a man wearing a Homburg hat and holding a briefcase.
“I bring glad tidings. Your Uncle Manfred Moon has died and left you as his heir to the Moon fortune. You are now one of the richest women in the country!” he says.
Mona’s response is to point her revolver in his face. If the stranger is telling the truth, she will apologize. If he is a fraud, she will shoot him.
That’s how Mona does things in 1933. (Goodreads)

The characters are well rounded and well developed. Mona is a feisty, smart and independent woman. These descriptions were not readily applied to women in the 1930’s, although I am sure there were a lot of women like that back then. I really enjoyed getting to know this no-nonse woman and all of the other characters that I met. The cast of characters was great.

The writing style flows smoothly and the book is an easy read. The author seems very knowledgeable about this time period and that lent an authenticity to this book and kept me fully engaged. And it helped that there was an intriguing mystery as well.

I would recommend this book to anyone who enjoys a well crafted mystery. If you enjoy reading about past eras, grab this book.

Here is a list of some of the new releases for the week of July 21st, 2019. I am going to divide the list into 4 days because there are so very many of them for the week. Today is the first day of my list for this week. Hope you find some selections for your weekly reading. Enjoy and happy reading. 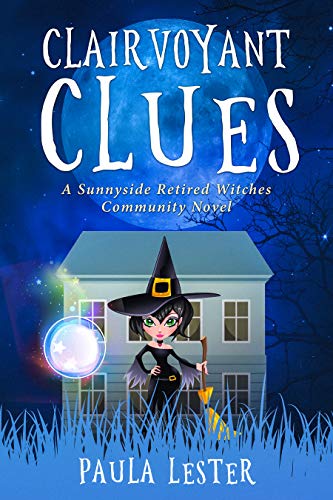 But they didn’t expect to find their psychic’s corpse. Who’s to blame for this one? When Doug’s replacement shows up with his sights on some of the residents, Zoey, Steve, and the rest of the town rise up to save the retired witches of Sunnyside.  (Amazon) 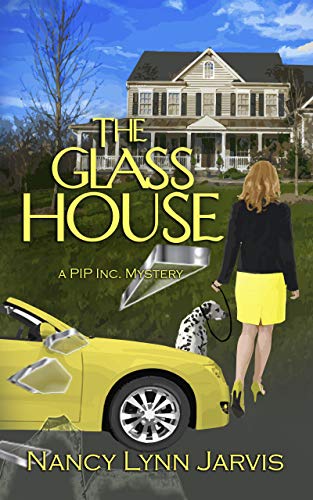 Law Librarian Pat Pirard got an unexpected thirty-fifth birthday present: a pink slip. Now she has nine weeks to reinvent herself before she runs out of money. Her best friend Syda gives her a glass forming class as a birthday present and distraction where Pat again gets another surprise: a murder.  (Amazon) 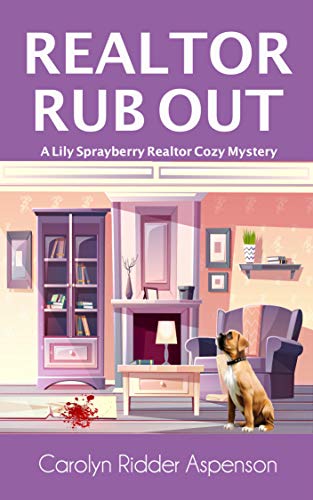 When Lily stops by the staged home, she finds the dead body of another realtor lying on the living room floor.

With only a week until her destination wedding, and no leads, no potential suspects, and no possibility to leave the state until the murder is solved, Lily’s sheriff fiancé thinks they should postpone their nuptials.

But that doesn’t work for the soon to be bride. Determined to find the killer in time to say I do, she does a little investigating herself. But the killer knows of Lily’s knack for solving crimes and sets his eyes on her.

Now Lily must race against the clock and catch a killer before the killer gets to her first.

Realtor Rub Out is the seventh book in the Lily Sprayberry Realtor Cozy Mystery series but can be read as a stand-alone.  (Amazon) 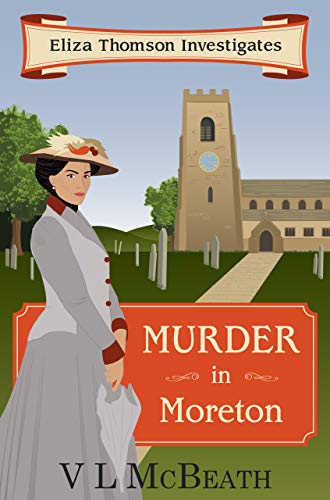 June 1900: Eliza Thomson is back in Moreton after nearly thirty years away. Not only that, she has a job in her husband’s surgery … and her best friend, Connie lives next door.

Connie is eager to introduce Eliza to the villagers, but their excitement vanishes when they bump into an old neighbour, Mrs Milwood.

Is she always so nasty?

And what has she done to Eliza’s childhood friend Judith?

Within days of Eliza’s arrival, Mrs Milwood is found dead … and the evidence points to murder.

With no shortage of suspects, Eliza is keen to help the police with their enquiries … until an Inspector is sent from New Scotland Yard. He doesn’t want Eliza interfering with the investigation, but when Judith becomes their main suspect, Eliza refuses to do nothing.

With Connie at her side, Eliza must unravel the secrets of this sleepy English village … and hope she can persuade the police to bring the right person to justice before it’s too late…

This is the second standalone story in the Eliza Thomson Investigates series. If you like Miss Marple-style murder mysteries, and historical heroines with attitude, you’ll love this step-back-in-time cozy series.

Get your copy today!

NB. This series is written in UK English  (Amazon) 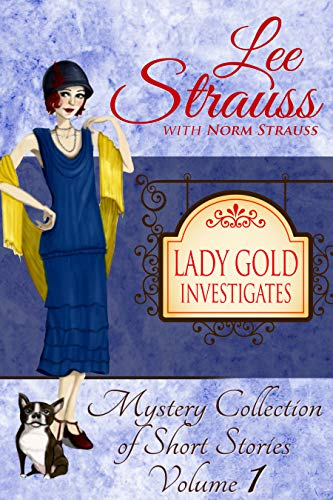 Ginger Gold has opened her own private investigation office!

This short story companion series to Ginger Gold Mysteries has the clever Mrs. Ginger Reed, aka Lady Gold, and her adventurous sister-in-law Felicia taking on clients who’ve got all sorts of troubles. This first volume consists of The Case of the Boy who Vanished and The Case of the Missing Fox Stole.

A companion series to Ginger Gold Mysteries, each volume is approximately 20 thousand words or 80 pages. A bite size read perfect for a transit commute home, time spent waiting at an appointment, or to settle into sleep at night. Get your coffee, tea or glass of wine and snuggle in!

Murder on the SS Rosa (Book 1)

Murder at the Mortuary (Book 5)

Murder Aboard the Flying Scotsman (Book 8)

Murder at the Boat Club (Book 9) 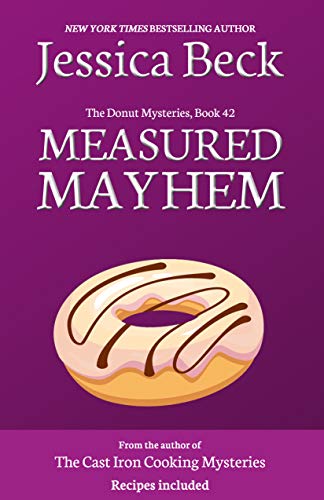 When Suzanne gets an urgent call from her old college roommate, she drops everything and rushes to help her. When she arrives, Suzanne learns that someone may be trying to drive her best friend from school crazy, or worse yet, kill her, and Suzanne must dig into what’s really happening. Is her friend just being paranoid, or is there really a target on her back?  (Amazon) 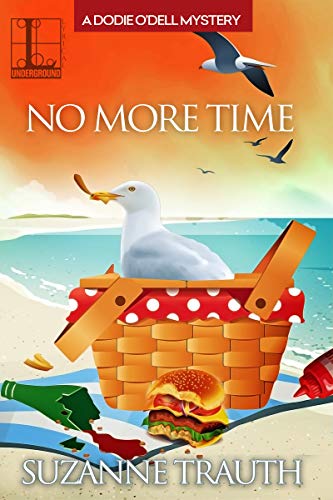 Restaurant manager Dodie O’Dell has found her niche in the cozy New Jersey town of Etonville, creating menus that make a delicious double-act with the community theater’s productions. Now she’s ready for a vacation at the Jersey Shore town she called home before a hurricane hit. Sun, salty air, and seagulls make for a nostalgic escape from regular life—until a contingent from Etonville arrives to compete in a Jersey Shore theater festival.

Roped into helping her former boss cater the event, Dodie also gets a visit from her old flame, Jackson, who’s hoping to revive his charter boat business and is looking for a place to crash. Before Dodie can tell him that ship has sailed, Jackson’s partner is found murdered on his boat. Dodie knows her ex is a mooch, but she’s sure he’s no killer. But as she follows a trail of evidence that leads into her own past, Dodie stumbles on a dangerous conspiracy theory that could bring the festival to a shocking finale…  (Amazon) 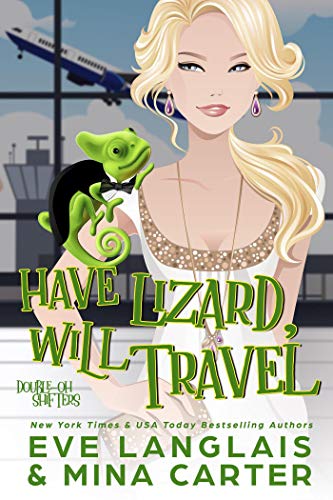 A lizard of many faces, he not only must save the world, but also convince a lady to pet his reptile.

International agent Simon is on a mission. And it isn’t to avoid the shoe of the woman he’s sent to spy on.

This undercover operative must find a dangerous recipe book before it’s too late. The fate of shifterkind depends on him.

But if it comes down to saving the lovely Petunia or the world…his trouser-lizard wants a say.  (Amazon) 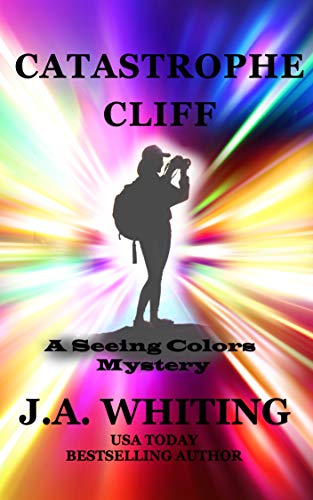 Nell Finley and her sister, Violet, are out for an early morning walk with their dogs in the Bluewater state park when they come upon a gruesome scene. A young woman has fallen from the top of the granite cliffs. Did she slip? Did she jump? Did someone push her? Because there is something special about how Nell sees the world, the police ask her to once again assist on the investigation. As she learns more about her skill, will Nell be able to use her perception to find the truth before danger threatens another person’s life?  (Amazon) 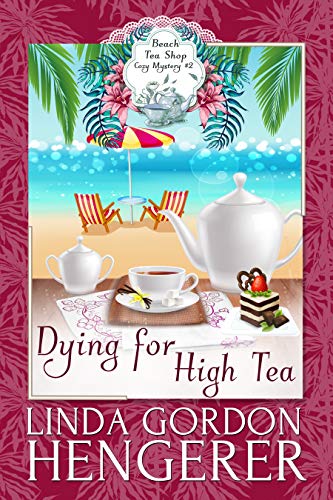 Still reeling from their beloved grandmother’s death, sisters Dani, Chelsea, and Alex Powell are homeless after a fire. Living with BevAnne Wexler while the house undergoes repairs, they are shocked to find they are suspected of arson.

Determined to find out who burned their house and why, the Powell sisters continue renovations at Beach Tea Shop. Pouring tea and serving treats is an unexpected way to pick up clues, but they will do what they need to in order to clear their names.

Was the fire related to Nana Jean’s death? Is it a case of mistaken (house) identity? The Powell sisters are determined to stay out of hot water and find the perpetrator.  (Amazon) 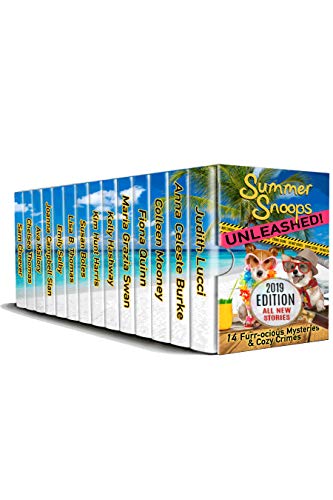 We’ve pulled out all the stops with Summer Snoops Unleashed! Enjoy hours of fun sniffing out clues on sandy beaches, shimmering waterways, and at small-town celebrations in these brand-new stories full of wily sleuths, cagey plots, and un-fur-gettable tails!

Fetch your copy now to get these furr-ocious new cozy mysteries and woof it up with us!