Here is a list of some of the new releases for the week of July 21st, 2019. I am going to divide the list into 4 days because there are so very many of them for the week. Today is the second day of my list for this week. Hope you find some selections for your weekly reading. Enjoy and happy reading. 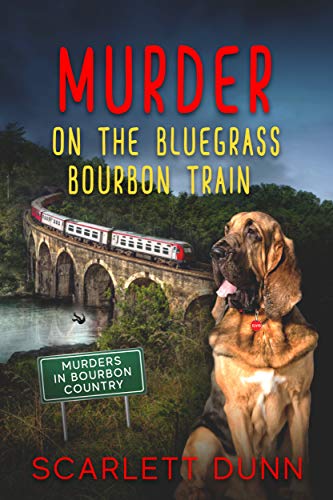 Honey Howell returns to Bardstown, Kentucky to work with her grandfather in his legendary bourbon distillery. What she never expected to find in the small, quiet town was murder. When she discovers Master Distiller, K.C. Cleary with a knife in his chest, she’s determined to bring the culprit to justice. She soon learns her genteel hometown has dark secrets lurking beneath the surface of their polite society.

Sam Gentry is Bardstown’s newest detective, and when he meets Honey he falls in love at first sight—with her bloodhound, Elvis. Sam and Elvis are a match made in heaven—both are relentless in their pursuit of a murderer. When Honey finds another dead master distiller on the dinner train, Sam and Elvis work together to sniff out the truth. Sam’s greatest challenge is thwarting amateur sleuth Honey from interfering with his investigation while he keeps her safe.  (Amazon) 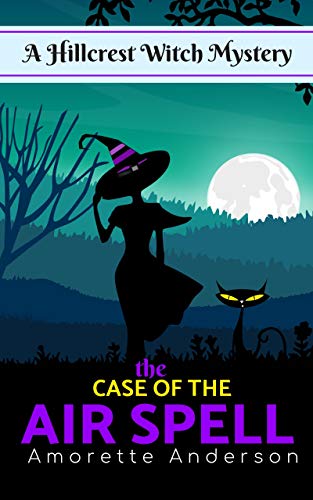 Change is in the air…

Penny Banks can’t believe how fast her life is changing. Everything is up in the air, and only a lesson in Air Magic seems to hold the answers!

​​​​​​​Meanwhile adventures at the Farmers Market lead Penny to a new case. She partners up with the Hillcrest Police Department and does her best to prove that she’s worthy of working with them.

Can she crack the case, accept change, and learn Air Magic all at once?  (Amazon) 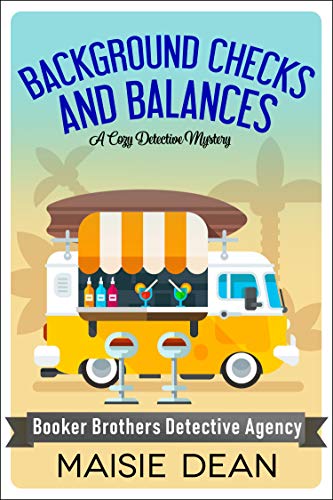 Hollywood is full of secrets, which means LA detective Kacey Chance is never short on work.

Kacey’s new assignment involves a top film executive known for his mind-bending plot twists. Kacey’s job is to find out what other secret twists the executive is hiding.

This job takes Kacey far away from the comfort of the office, and gives her a chance to use her clever detective tricks to gain access to off-limits locations. There are no limits to what she’ll do to solve this case.

But when she finds herself trapped in a very tight space, Kacey has to ask herself: Have I gone too far?

Kacey and the hilarious Booker family work together (sort of) to uncover mind-bending secrets in Background Checks and Balances.

There are plenty of laughs and tons of twists in this feel-good cozy mystery from author Maisie Dean!

Book length: 200 pages, or about 4-5 reading hours.
No graphic violence, sex, or swearing.
This clean, easy read is perfect for lunch breaks or relaxing at the end of the day!

BACKGROUND CHECKS AND BALANCES is a stand-alone, complete novel you can read on its own.  (Amazon) 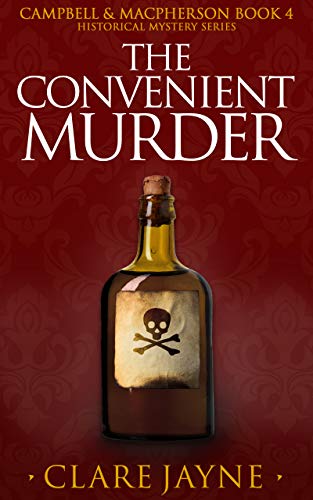 How do you solve a murder that pleases everyone except the victim?

The unconventional Georgian-era detectives, Ishbel and Ewan, have a new murder to investigate when Lord Strand is poisoned at a house where their friends, Miss Chiverton and McDonald, are staying.

Miss Chiverton seems determined that the murder be solved, so why is she hiding important information about it? Lord Strand’s relatives all appear more relieved than grief-stricken over the death and everyone who ever met the man seems to have hated him, so the list of suspects is endless.

In the meantime, Miss Chiverton’s father is determined that she should make a decision about who to marry or he will choose for her. The man who is desperately in love with her is the last person she wants and all she can focus on is helping to solve the murder.

As events grow more hazardous, lives change and not everyone will emerge unscathed.

This is the fourth novel in this exciting historical murder mystery series that combines intrigue, suspense and romance. It is perfect for fans of Agatha Christie, Rhys Bowen and T E Kinsey.  (Amazon) 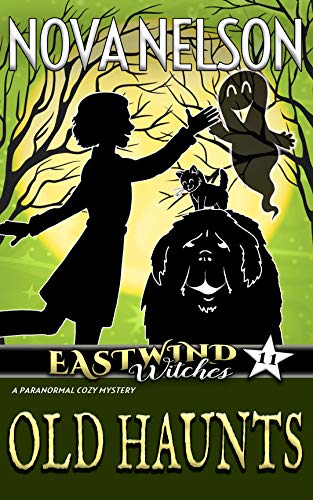 Some spirits can’t take a hint.

Psychic Nora Ashcroft can’t tell the future, but she’s starting to look forward to it. And with the support of Donovan and the rest of the town, she’s ready to leave the past behind. Too bad the same can’t be said for Eastwind’s most newly departed…

After a body is discovered in the street, everyone has a theory about what might’ve happened… including the deceased himself. Though he swears he was ready for death and has no unfinished business keeping him around, Nora knows something must be tethering him to this plane.

But the more she discovers, the more questions she has about this friendly ghost’s shady past…

Can Nora piece together the truth of her newest client before his dangerous history comes back to haunt her?

Old Haunts is the eleventh book of the delightful Eastwind Witches Cozy Mysteries that are best enjoyed in order. If you like plucky female sleuths, paranormal plots, and satisfying laughs, then you’ll love Nova Nelson’s witchy whodunit.

Buy Old Haunts to put the past to rest today!  (Amazon) 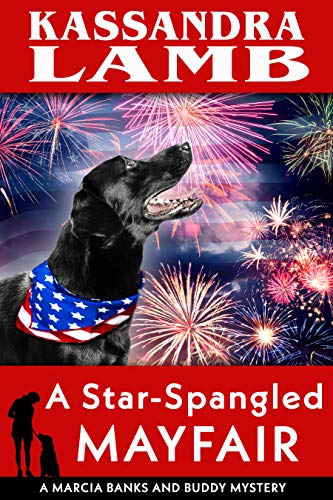 A recipe for chaos and calamity for Marcia’s introverted friend, Jess Randall.

When not serving up her to-die-for eggs and biscuits at the Mayfair Diner, Jess just wants to live quietly on their farm. But her fiancé Dan has impulsively offered to host the Mayfair Independence Day Extravaganza.

The day of the big bash, Marcia and her dog Buddy witness a public fight between the couple, and just hours later, Dan is found with a Roman candle through his chest. Was it an accident, or was it murder? And is Jess a killer, as the sheriff’s department believes?

Between dog-training sessions, Marcia feels compelled to investigate, especially when there are signs that the real killer may not be finished… Could Jess be the next target?  (Amazon) 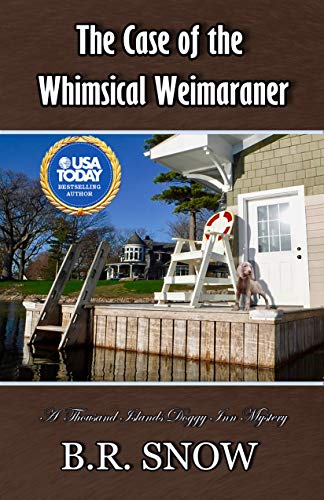 Suzy and the gang are spending the winter at their place in the Cayman Islands, and Chef Claire has ramped up Suzy’s new exercise program. During one of their morning runs on the beach, Suzy’s grumpiness about what she considers the torture of physical fitness is put aside when they find a man washed up on shore with a suicide note in his pocket. Despite her doubts about whether it was actually a suicide or if the man was murdered, the local authorities soon decide to accept the suicide angle and officially close the case.

But when another body turns up, and it becomes apparent that one of her good friends is being set up for murder, Suzy begins trying to piece together parts of a puzzle that simply don’t fit. And with the help of the local authorities, a friend in the FBI, and assistance from an unexpected source, she embarks on her mission to make some sense of the strange situations playing out on the island, as well as clear her friend’s name.

The Case of the Whimsical Weimaraner is the latest installment in B. R. Snow’s popular Thousand Islands Doggy Inn Mysteries and is one of Suzy’s wildest rides to date. It’s a very funny look at the power of friendship, the cunning abilities of the criminal mind, and the lengths some people will go to in pursuit of money and revenge.  (Amazon) 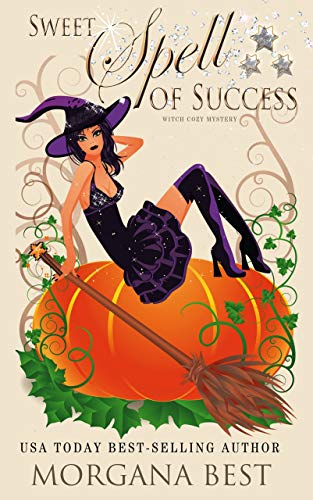 Camino asks Amelia to accompany her to the reading of a will in a remote location.
Before long, the beneficiaries are trapped in a spooky house. The terms of the will spell out that the last person left alive will inherit everything.
What could go wrong? 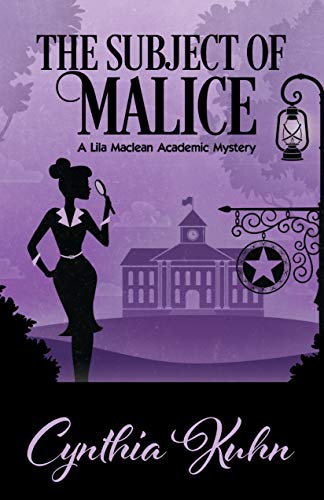 The organizers have rustled up plenty of surprises for the literary conference at Tattered Star Ranch. But the murder of an influential scholar wasn’t on the program—someone has clearly taken the theme of Malice in the Mountains to heart. This shocking crime is only the beginning: Other dangers and deceptions are soon revealed.

English professor Lila Maclean has a full agenda: She must convince a press to publish her book (possibly), ace her panel presentations (hopefully), and deal with her nemesis (regrettably).

However, when Detective Lex Archer requests Lila’s academic expertise, she agrees to consult on the case. While her contributions earn high marks from her partner, it could be too late; the killer is already taking aim at the next subject.

As Lila races to keep her colleagues alive, publish or perish takes on new meaning.

THE SUBJECT OF MALICE by Cynthia Kuhn | A Henery Press Mystery. If you like one, you’ll probably like them all.  (Amazon) 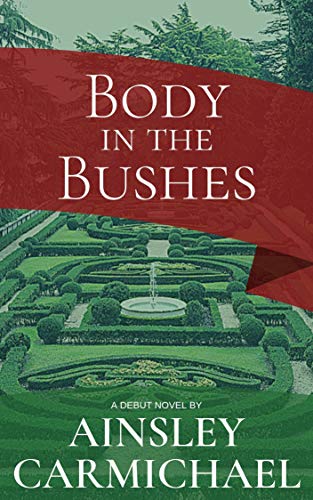 Candace Daughtrey’s ‘Amazing New Life Plan’ goes drastically wrong when she discovers a body in the bushes… on the first day of her new contract as a landscape designer at a historic Texas mansion.

It was supposed to be so idyllic, her first ‘See how well I’m doing?!’ to her ex-husband, who upped and left for an English woman of the aristocracy.

With the police suspiciously unwilling to pursue the case (are they being paid off?), Candace unwittingly finds herself drawn into an amateur investigation with eccentric old lady and fashion designer Prue Holtz, owner of an apartment in the mansion. Prue’s accused of being the killer and Candace has to prove otherwise before time runs out…

Join Candace, Prue, and Candace’s cat Lady Featherington, affectionately known as Feathers, as they unravel the surprising (and somewhat salacious) secrets of the mansion’s residents. Motives, skeletons in closets, and whispered rumors abound… but who is the killer?  (Amazon) 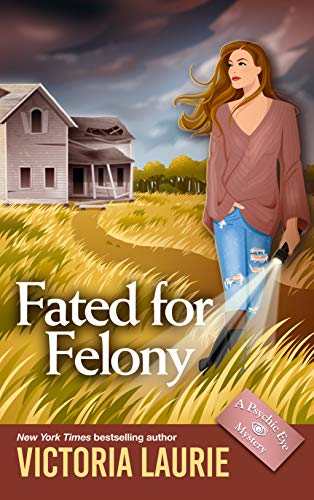 When three newbie agents at the Austin’s FBI cold-case bureau resent having to work alongside a psychic consultant, Abby Cooper finds herself in hot water after they contact super-popular podcaster Mike Toscano—a former agent and huge skeptic of Abby’s abilities.

To prove that she’s the real deal, Abby will have to solve Toscano’s oldest—and coldest—case, and she’ll have to do it on air with millions of Toscano’s fans critiquing her every move. To make matters worse, the D.C. brass is threatening to shut down the Austin offices if Abby doesn’t bring home a win.

But helping to solve the unsolvable is what Abby does best, and she’ll be bringing her A-game to Toscano’s podcast. The only trouble is the killer could be listening…  (Amazon)