Here is a list of some of the new releases for the week of December 15th, 2019. I am going to divide the list into 4 days because there are so very many of them for the week. Today is the second day of my list for this week. Hope you find some selections for your weekly reading. Enjoy and happy reading. 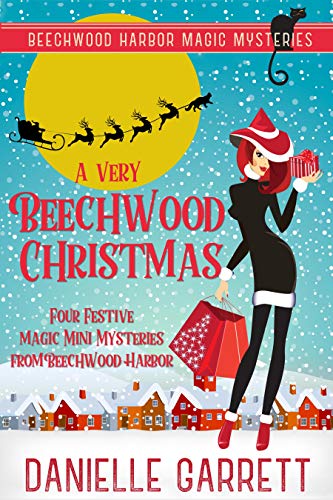 Christmas is coming to Beechwood Harbor, but will the manor residents be ready for his magical visit? With mischief and mystery at every turn, Holly and friends have to rally to save Christmas before it’s too late! 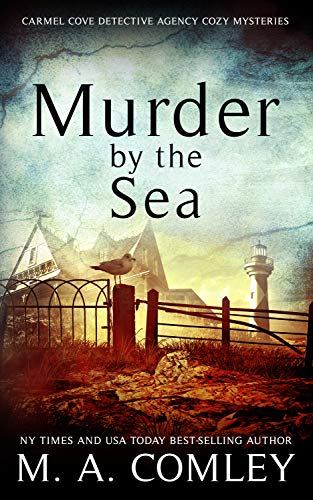 New York Times and USA Today bestselling author M A Comley has sold over two and a half million copies worldwide.

Carmel Cove is a peaceful community… except when death pays a visit.

When the friend of a friend goes missing and a corpse is discovered, Private Investigator Ruth Morgan is tasked with solving yet another death in her hometown.

The case is a perplexing one with few suspects and more questions than answers. Did the victim die at the hands of someone else? Did they commit suicide after falling out with their spouse? Or is it simply a case of accidental death?

In her quest to uncover the truth, Ruth puts everything on the line, her business and even her relationship with her fiancé. 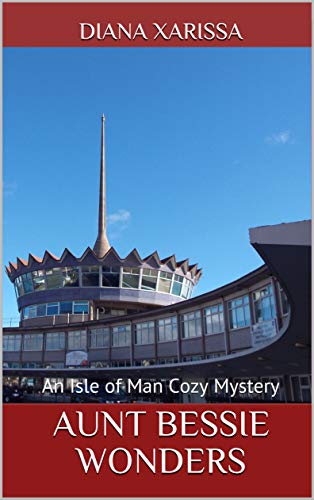 Aunt Bessie wonders if a holiday is a good idea.

Thomas and Amy Rockwell have had something of a shock. When Doona suggests a holiday to Lakeview Holiday Park, their father, John, isn’t sure whether to agree or not. In the end, Bessie, Doona, John, and the children make the journey during the February half-term break.

Aunt Bessie wonders why Doona’s solicitor, Stuart Stanley, happens to be at the park at the same time.

Stuart fills Doona in quickly enough. He’s there because another solicitor is about to challenge Doona’s right to the estate of her former husband, Charles Adams. Carl Dietrich is working for Lawrence Jenkins, the man who was a business partner to Charles, but who is currently in prison for fraud and other crimes.

Aunt Bessie wonders what it would be like to have a holiday where no one is murdered.

When Carl turns up dead, Doona, John, and even Bessie seem to top the list of suspects. Can Bessie help the local police inspector, Margaret Hopkins, work out what really happened to Carl? Was it murder, or is too much to hope that Carl simply had a heart attack? When a second man dies, Bessie can’t help but wonder why she keeps finding herself tangled up in murder investigations.  (Amazon) 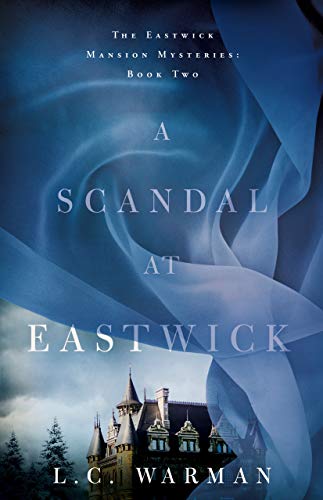 When Lia returns home to St. Clair to regroup after a failed stint in Hollywood, she just wants to avoid seeing anyone from her past. But when her ex-boyfriend’s mother, Paulette McKenzie, is blackmailed days after Lia’s arrival, Lia finds herself the immediate suspect—and drawn back into the web of lies and secrets of St. Clair.

After leaving St. Clair at age eighteen to pursue her dreams in Hollywood, 29-year-old Lia Logan returns home with nothing but dozens of failed auditions under her belt. She’s determined to lay low: a brief house-sitting gig over the holiday break will give her enough money to move east and find a new job (and a new life).

But to Lia’s horror, the owners of the house, the Eastwicks, have not canceled their annual holiday party—meaning Lia must now see everyone from her (now very successful) high school friends to the ex-boyfriend she dumped right before she left.

The night turns into a disaster: Lia’s ex-boyfriend’s mother, Paulette McKenzie, is blackmailed at the party, and she immediately points the finger at Lia. The problem is, Lia does know a secret about Paulette. And there’s no convincing the woman—or any of the other partygoers—that she had nothing to do with it.

As the blackmail escalates, Lia must dig through the guests at the party to determine what each of them is hiding and piece together what exactly happened that night, including talking to Paulette’s shifty older son, Lia’s ex’s extremely successful new girlfriend, and Lia’s group of high school friends, who have been acting strangely distant and closed off.

It doesn’t take long for Lia to remember: St. Clair is a town full of secrets. And to clear her name, she’ll have to risk revealing one of her own.

About
L.C. Warman is the author of the St. Clair mystery series. She grew up in New England, in a town where real estate contracts stipulated that you couldn’t back out if you discovered your new place was haunted. She currently lives in a Michigan lakeside town with her husband and two dogs.  (Amazon)

Enthralled by the adventures of Sherlock Holmes, Victorian readers around the world developed a fascination with eccentric detectives and bizarre crimes. Featuring an international array of authors and characters, this compilation of 16 short stories showcases the best of the mysteries inspired by the Baker Street sleuth. Their heroes range from famous figures like G. K. Chesterton’s Father Brown and Maurice Leblanc’s Arsene Lupin to lesser-known but equally captivating characters.
“The Problem of the Stolen Rubens,” by Jacques Futrelle, centers on Professor Van Dusen, also known as The Thinking Machine, whose superior mental powers and dispassionate approach resemble Holmes’. Robert Barr’s “The Absent Minded Coterie” presents French detective Eugène Valmont, a cultured and elegant gentleman . . . but a rather poor investigator. “The Murder at Troyte’s Hill,” by Catherine L. Pirkis, “The Ninescore Mystery,” by The Scarlet Pimpernel author Baroness Orczy, and “Cinderella’s Slipper,” by Hugh C. Weir, feature a Victorian novelty—a detective heroine. Holmesians and other lovers of old-time mysteries will thrill to these tales of dark deeds and their discovery.  (Amazon) 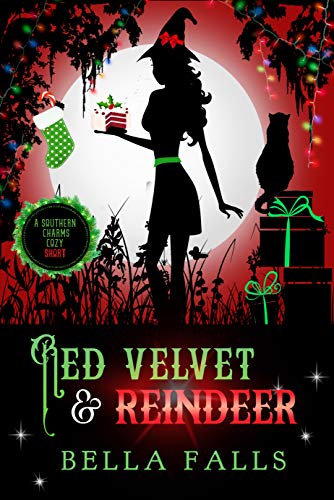 Ho Ho Ho, and welcome to Honeysuckle Hollow, where magic and mystery are only part of the Southern Charms…

‘Tis the season for some festive fun and a little mischief with Charli Goodwin and her friends and family. Because of the warm Southern sun, they have to drink sweet tea instead of hot cocoa to cool down. But when a surprise visitor who is not so jolly shows up on her doorstep asking for some help to save Christmas, will she and her friends be able to help save the holiday in time?

Charli will have to go on an international adventure, using all of her tracking talents and a little of Santa’s magic to help solve the mystery before it’s too late.

Cut yourself a slice of red velvet cake and get cozy for a fun Southern Charms Christmas mystery in Red Velvet & Reindeer!  (Amazon) 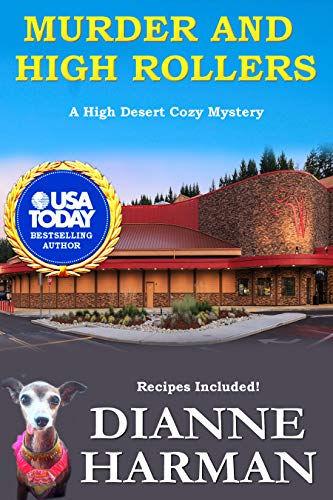 Ever consider betting $25,000 on a poker hand?
High rollers at an exclusive card room in a Palm Springs casino do
And when the same person wins night after night
That person becomes a threat to their livelihood
A threat that needs to be taken care of – like in murder

Join Marty and her husband, Detective Jeff, as they investigate the lives of the casino high rollers to find out which one was the murderer.

And if you like dogs, you must meet Miss Olive and Miss Simone!

This is book number 10 in the High Desert Cozy Mystery Series by a two-time USA Today Bestselling Author.  (Amazon) 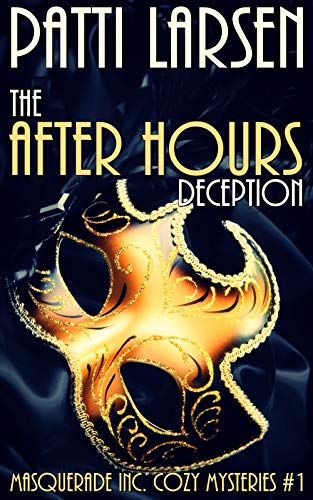 Petal Morgan finds herself, at twenty-eight, not only without any sort of compass leading her to her lifelong dream (she has as yet to identify), not to mention the student loans stacking up against her (how much education is too much?), now perched on the edge of bankruptcy while accepting, with the shame that comes from failure, taking over the unfinished apartment over her parent’s garage. But when an unexpected encounter with an old friend leads her to the kind of job she never expected, she not only uncovers her talents, but a dead body to boot. Deception has never been so lucrative… Welcome to Masquerade Inc. Cozy Mysteries!  (Amazon) 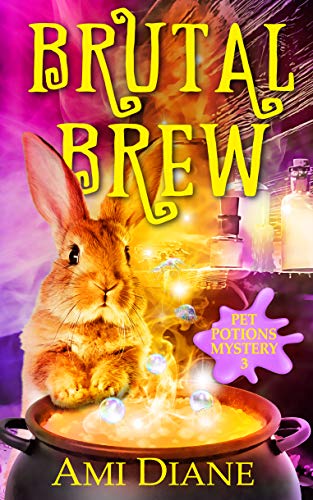 A recipe for murder…

It’s time for the Potion Masters Society’s annual Brew-off competition! Libby Slade might be new to the potion-making world and is one laboratory accident away from burning down her house, but she decides to dust off her cauldron for the competition.

Potionists from across the state gather, but it’s not the friendly rivalry Libby had been expecting.

When one of the judges dies after testing Marge’s potion, Libby must figure out who the killer is to clear the apothecary’s name.

She uses her sleuthing skills, potions, and a heavy dose of snark to solve this mystery with more twists and turns than ingredients in a potion recipe.  (Amazon) 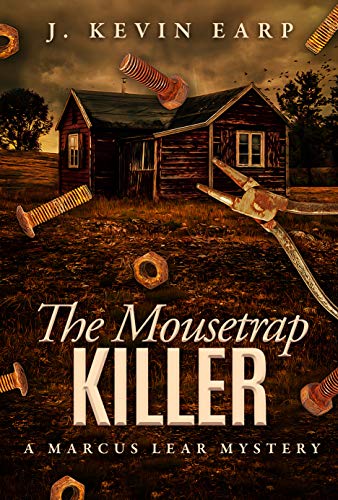 Former Police Detective Sergeant Marcus Lear’s career was ended by PTSD, the result of a gunfight with a 16-year-old burglary suspect. He has moved on by founding a company that is developing software to help law enforcement agencies solve complex criminal cases.
Now, the serial murderer known as The Mousetrap Killer claims to have struck again. Three times in the past, he announced to the police chief of Maryvale, Indiana that an innocent victim had been taken and imprisoned in an elaborate chamber, cleverly booby-trapped and set to kill if the victim could not solve a riddle in time. The riddle would provide a clue to escaping the trap. Every day, the Killer would taunt the police until the trap was sprung and the victim died. But no victim’s body had ever been recovered, and the Killer was never identified.
Now, the Killer has sent another message announcing a new trap, and a new victim. Who has been dropped into that terrible prison this time? Where are they being held? And, who is the Mousetrap Killer? Desperate, the Maryvale police call on Marcus and his team to use their new and untested software application to help find the Killer and the latest victim. Can the Lear team and Kat Montague, young Asian goth detective and Lear’s newest field agent, work with the local police and FBI to find the victim before time runs out?
The task force swings into action while awaiting the next message from the Killer, taunting the police and perhaps providing a clue to saving the victim. But why has the Killer gone silent! While pondering this new mystery, a frightening possibility is uncovered regarding the latest victim that hits very close to home. Marcus and his people must find the trap, and the victim, before it’s too late!  (Amazon) 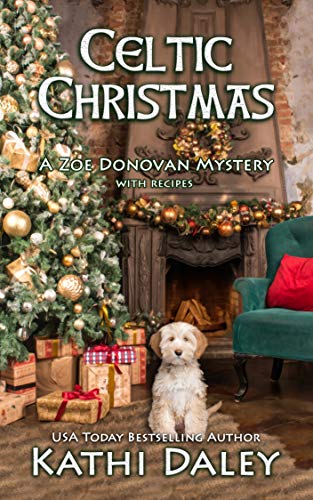 In this Zoe Donovan novella, Zoe is invited to Ireland to attend the wedding of one of her Irish cousins after contacting the man as part of her research into her Irish heritage. The wedding is being held at Dunphy Castle, the castle where Zoe first learned of her relationship to Lady Catherine, one of the ghosts she met during her last visit to the Emerald Isle. With the Christmas holiday upon them, Zoe and family are in a festive mood until one of her Donovan relations turns up dead after the reception to welcome the bride and groom.  (Amazon)