Here is a list of some of the new releases for the week of December 15th, 2019. I am going to divide the list into 4 days because there are so very many of them for the week. Today is the fourth day of my list for this week. Hope you find some selections for your weekly reading. Enjoy and happy reading. 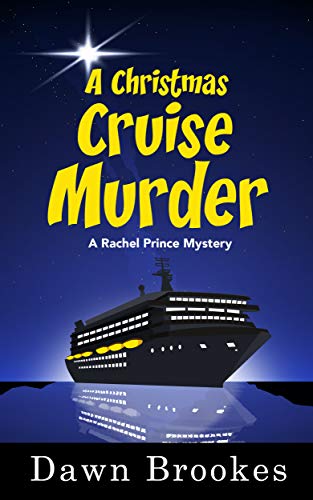 Rachel Prince is back…

Rachel’s plans to spend Christmas with her fiancé are in tatters after he is called to Italy at short notice.

Rather than spend Christmas with her parents, Rachel decides to take a last-minute Canary Island cruise. Sarah, cruise ship nurse and Rachel’s best friend is only too pleased to have her along as Sarah’s parents are taking their first cruise. With her mother keen for her to settle down she is glad of the moral support.

During a coach journey to the port of Southampton, Rachel meets a petulant maître d. That evening the same maître d is found dead, seemingly a victim of a tragic accident. Rachel can’t resist snooping once she suspects an element of foul play. Was it a fatal accident or murder?

Chief security officer Jack Waverley finds himself confused and upset when his wife is implicated.

Suspects are not in short supply as secrets are uncovered providing opportunity and motive. The killer has an eye on Rachel.

Can she find out who is responsible before she ends up as another victim?  (Amazon) 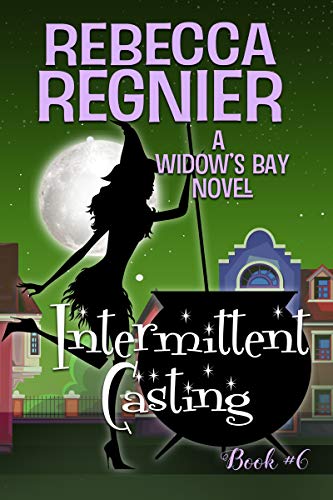 The SHIFT has hit the fan!

Marzie is in crisis! This witch is unsure about what to do or how to do it. Every flick of the wand could lead to a disaster for the people she loves. Marzie is heading into hiding with her favorite werewolf. But the pull of Widow’s Bay and her responsibilities to her coven and her family are strong. Marzie will learn the reason why intermittent casting is a very bad idea.

Join Marzie and her town of Yooper Naturals, snarky cats, and handsome vampires in this book that takes a page from the ancient history of Widow’s Bay to save the vampires and shifters she loves. 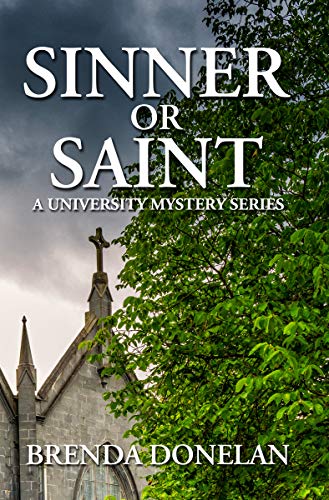 An unexpected visitor forces Professor Marlee McCabe to delve into the underground world of international jewel smuggling. She battles to save her new friend from deadly consequences in both Dublin, Ireland and the sleepy college town of Elmwood, South Dakota. Lies and half-truths make Marlee question her beliefs on good and evil. Can she sort the good people from the bad before it’s too late? Does Marlee hold the key to solving the mystery or is she just a pawn in someone’s sinister game of cat and mouse?  (Amazon) 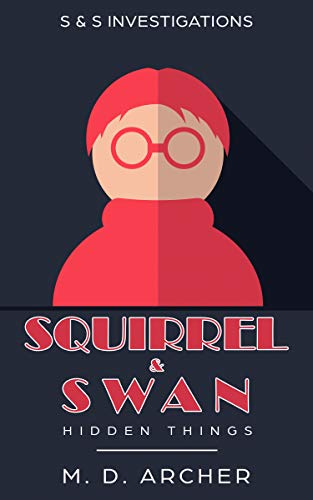 The dust has only just settled on Paige and Sophie’s last two cases when Trixie Bellingham shows up at S & S Investigations with an inheritance guarded by a riddle.

Meanwhile Sophie gets more than she bargained for when her date takes her to his high school reunion… and someone ends up dead.

When S & S Investigations is hired to find out whodunnit, Paige and Sophie have two paying clients and an actual murder on their hands.

This is the first real test of the detective duo’s investigative ability – can they solve a riddle and a murder?

Join Paige and Sophie in the third installment of the S & S Investigations series as they take on two exciting new mysteries.

NOTE: Hidden Things is available on preorder at a discounted rate so get in quick and don’t miss out. 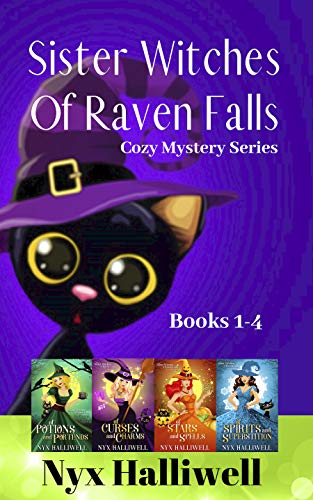 Fall in love with small-town magick! Welcome to Raven Falls, where four sisters—Spring, Summer, Autumn, & Winter—run their witchy shop, Conjure, and find themselves up to their magickal tea cups in murder, mystery, and romance!

This specially priced box collection contains ALL FOUR of the sisters’ stories—purrfect for binge reading, according to shop cat, Godrey! Join this set of magickal sisters, and their talking familiars, as they solve paranormal mysteries that fans of Charmed, Hocus Pocus, and The Good Witch will love.

***Bonus recipes and craft instructions in every book! Visit http://www.nyxhalliwell.com to receive a free copy of the Whitethorne sisters’ Book of Shadows, containing the spells and charms used in their stories!

Books in this set include:
Of Potions and Portents (Book 1)
Of Curses and Charms (Book 2)
Of Stars and Spells (Book 3)
Of Spirits and Superstition (Book 4)  (Amazon) 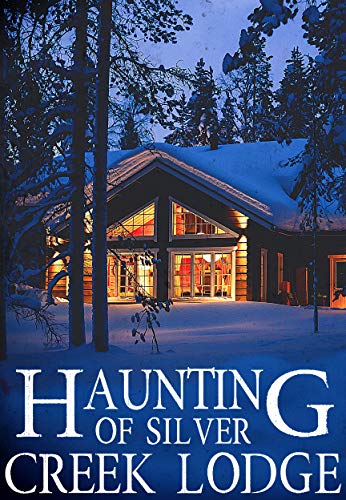 In a small town rests an old lodge with a big secret.

Maxine Finch and Simon York, a recently married couple with little money, use their limited honeymoon funds to buy a foreclosed inn in the tiny snowy town of Silver Ridge, Colorado, but when strange things start happening in the middle of the night, Maxine and Simon wonder if their investment is a dangerous mistake.  (Amazon) 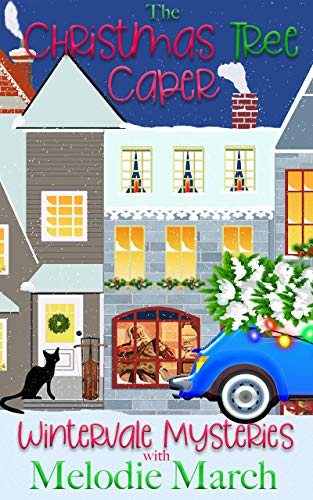 There are secrets hidden behind the perfectly starched curtains of the houses in the sleepy mountain town of Wintervale… but Meg Harrison and the rest of the Green Mountain Grannies are on the case!

Meg Harrison was born and bred in Wintervale, Vermont, and she has no intention of ever leaving her beloved town. As the owner of Meow & Then, a pet accessory shop at the heart of downtown, Meg knows everyone, and she’s always the first to hear any gossip that might be floating around.

As the Christmas season approaches, Wintervale is abuzz with news of the theft of a family heirloom. A vintage ornament, part of an annual display set up in the shop window of the Golden Oldies antique store, has disappeared. And there are one too many guilty faces in the crowd for Meg’s liking.

As the suspects begin to emerge, Meg and the Green Mountain Grannies must wade through the clues, and with the help of Wintervale’s retired sheriff, they must track down the truth before an old feud turns deadly.

*Contains a recipe inspired by the town of Wintervale!*

The Christmas Tree Caper is the first book in a series of delightful cozy mysteries set in the fictional town of Wintervale, Vermont. If you like lovably quirky characters, small town life, a dash of romance, a few sassy grannies, and plenty of Christmas magic, you’ll feel right at home with Melodie March’s Wintervale Mysteries.  (Amazon) 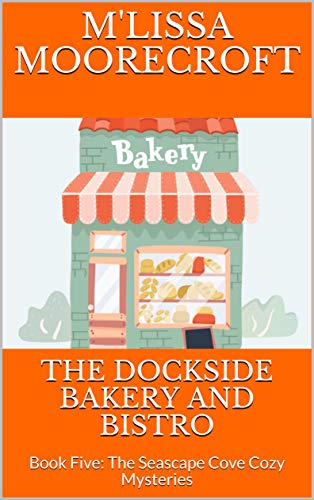 SHE BAKES GREAT BREAD,
BUT SOMEBODY WANTS HER DEAD

Cressi Harris is happy she moved fro NYC to sleepy Seascape Cove. She has a thriving restaurant and some very good employees, including her long time friend Millicent.

Some of those employees want Cressi to open a bakery, because Millicent’s breads and pastries are pure deliciousness. Other staff members think Cressi should open a Cooking School, because the food at The Dockside Cafe is making them realize what fine cuisine really is.

Cressi’s solution? With Milli’s help, she’ll open both, and to keep her star baker happy, she adds a bistro to the bakery so Milli can serve Afternoon Tea to the bachelors of Seascape Cove – one bachelor in particular!

Well, not quite everybody…somebody doesn’t like either the bakery or Milli, and Trent Marlow, Seascape Cove’s Police Chief, isn’t sure which.

But he’s on the case, and that particular bachelor, Michael, is determined nobody hurts Milli. He even calls in his eagle-eyed friend Kevin for a consultation!

There’s plenty of action to keep you glued to the pages of Book Five of The Seascape Cove Cozy Mysteries. 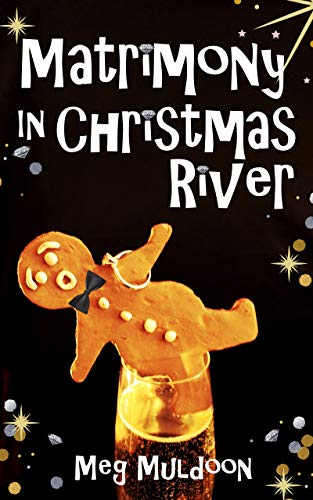 Full of twists, sparkling romance, and bright holiday spirit, this New Year’s-inspired prequel to the #1 Amazon bestselling cozy mystery series is sweeter than a cup of cocoa by the fire on a blustery winter’s night…
It’s one year before the infamous Gingerbread Junction murder scandal, and Cinnamon Peters is feeling downright Grinch-like this holiday season.

After her cookie house crumbles in the annual Gingerbread Junction Competition, the pie baker extraordinaire wants nothing more than to shut herself in her house for the rest of December and be left alone. Unfortunately, she’s got a friend’s wedding to attend this New Year’s Eve, a wedding gingerbread castle to build, and that unpopular pie shop of hers isn’t going to run itself.

But when the best man is found face down in a snowy ditch days before the wedding, it’s clear that somebody’s out to ruin the event.

Can Cinnamon figure out who’s trying to sabotage her friend’s nuptials before it’s too late? Or is the matrimony destined for ruin?

Matrimony in Christmas River is a heartwarming holiday mystery perfect for readers who can’t get enough of Cinnamon Peters and the cozy, feel-good world of Christmas River. So add another log to the fire, grab a cup of something tasty, and enjoy this latest installment from Christmas River.   (Amazon)