Between now and New Year’s,  I will spotlight some New year’s books for your reading pleasure. This is the first day of the list of books that I hope you enjoy.  Happy Reading. 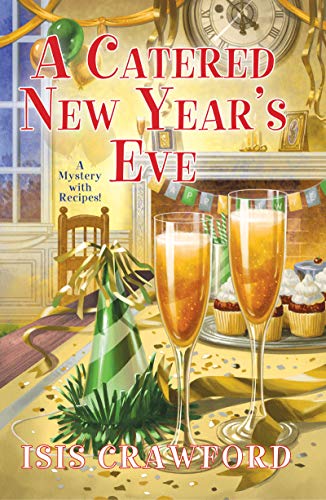 Sisters Bernie and Libby Simmons are reunited with a distant relative who wants them to cater a New Year’s Eve event—and help find a guilty party . . .

It’s been years since Bernie and Libby’s parents became estranged from Ada Sinclair’s side of the family—though the reasons for the rift are lost to history. The sisters, however, are intrigued when Ada makes contact. She tells them about the long-ago deaths of her father and his business partner, which happened within hours of each other—and were both ruled accidental.

Ada thinks otherwise—and has a plan. On New Year’s Eve, she’ll gather a group of guests and read from a diary she’s found in her mother’s attic that she thinks will expose the culprit. The Simmons sisters agree to provide refreshments for the bash, and when the night arrives, Ada’s ready to count down to a confession. But as midnight approaches, a guest drops dead. It looks like the menu tonight includes champagne and cyanide . . .

In the tumult, the diary disappears. When Ada is arrested for murder, she’ll have to hope that Bernie and Libby can provide a resolution before the clock runs out.

Includes Original Recipes for You to Try!  (Amazon) 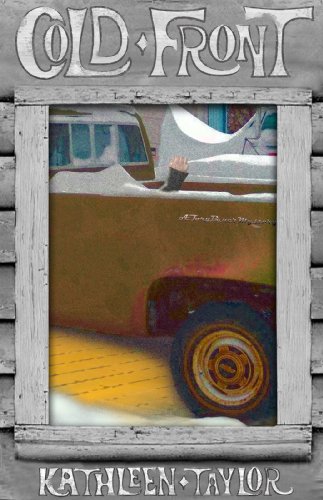 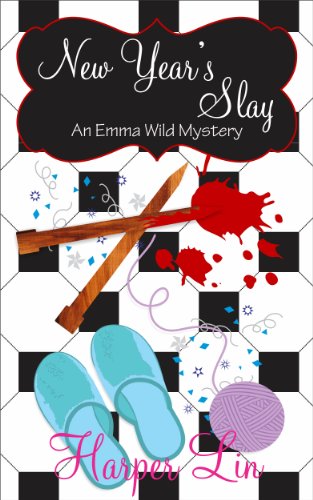 Superstar singer Emma Wild is back for another murder mystery in her Canadian hometown of Hartfield, Ontario. Things are heating up with Emma’s high school sweetheart, the handsome Detective Sterling Matthews, but when her movie star ex, Nick Doyle, comes looking for her with a huge diamond engagement ring, Emma’s world turns upside down.

When the owner of The Sweet Dreams Inn is stabbed to death with a chunky knitting needle, Nick is the prime suspect because he is the inn’s only guest. Emma and Sterling must work together once again to prove Nick’s innocence and find the real killer.

Three’s a crowd on this murder case. Will Emma make up her mind between her first love and her Hollywood hunk?

This is Book 2 in a 4-Book Holiday Mystery Series.

Save and own the complete 4-Book Emma Wild Holiday Series Box Set!  (Amazon) 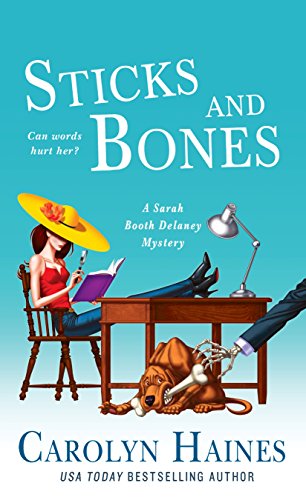 Killer Year is a group of thirteen authors whose first novels were published in the year 2007. Now, each member of this widely-praised organization has written a story with his or her own unique twist on the world of crime. Each entry in this one-of-a-kind collection is introduced by the author’s Killer Year mentor, including bestselling authors James Rollins, Tess Gerritsen, Jeffery Deaver. Other contributors―of original stories, essays, and commentary―include acclaimed veterans Ken Bruen, Allison Brennan, Duane Swierczynski, Laura Lippman, and M.J. Rose. This is a book that no fan of the genre can do without.  (Amazon)

Mah-Jongg?Yep. In hip Hollywood, that kitsch old game is fast becoming the next “new” obsession — and that calls for a party! Madeline Bean and her charming partner Wesley Westcott are determined to throw a gonzo Chinese New Year banquet. But among the hot mah-jongg tiles, the steamy dim sum, and the frosty Singapore slings, no one expects to find one of the players ice-cold dead!

Meanwhile, in one of the historic celebrity mansions that Wesley is restoring as a sideline, a well-aimed crowbar uncovers a stash of precious objects — including an antique mah-jongg set. As Madeline pieces together how these two events are connected, she must separate the yin from the yang to uncover a killer. It doesn’t take a fortune cookie to spell it out. There is always a price to pay…whether gambling at mah-jongg — or murder.  (Amazon)

It is New Year’s day, 1900, when the brilliant violinist Sebastian Cavendish is found dead. The last few days of his life are a mystery, but in the final hours of 1899 he wrote a cryptic suicide note mentioning a “cursed inheritance”, took poison, and died in agony. Yet his friends and relations are utterly perplexed. The man they knew and grieve for was vivacious, exuberant and extroverted. His fellow musicians speak of his passion, his drive, and his love of living. The socialites he met, all of whom lavished him with praise, saw only a dazzling future ahead of him. So why, his friends and loved ones ask, would he change his plans at such short notice, disappear for days on end, and take his own life? Vanessa Weatherburn, an established detective and ex-tutor to one of Sebastian’s friends, is engaged to investigate the dead man’s final movements. It is a journey which will reveal to her the science of genetics, the history of Sebastian’s equally brilliant grandfather and the long-kept secrets of the Cavendish family.  (Amazon)

Exhausted after shopping for teenagers, struggling with cappuccino machines, and eating way too many cookies, Susan Henshaw is glad she hired “The Holly and Ms. Ivy” to cater her annual New Year’s bash. But when the blond and buffed Z Holly, chef extraordinaire and notorious ladies’ man, is found strangled in a van full of helium balloons, Susan starts hunting for a killer — and a way to save her party!  (Amazon)