Between now and New Year’s,  I will spotlight some New year’s books for your reading pleasure. This is the third day of the list of books that I hope you enjoy.  Happy Reading.

In the newest mystery in the USA Today bestselling series, Jessica Fletcher is invited to ring in the New Year with British aristocracy. Too bad someone’s about to end the life of the party....

Jessica Fletcher and her friend Scotland Yard detective inspector George Sutherland are invited to attend a New Year’s Eve Ball at Castorbrook Castle, thanks to her British publisher. Shortly after arriving in the idyllic English countryside, Jessica discovers the body of a lady’s maid in the garden.

While their host, Lord Norrance, his snobbish third wife, other members of the household, and party guests squabble over the tragic death in tight-lipped, perfectly mannered, thoroughly British style, family relations are strained as old wounds are reopened and cutting remarks are freely handed out. And that’s only during teatime!

As midnight beckons at the ball the next night, the earl offers a toast, complete with fireworks. But the merriment crashes to a halt when he falls ill and dies, apparently poisoned—and the number of suspects with a grudge against the lord of the manor sprouts like English ivy.

Now it’s up to Jessica and George to find the killer—or killers—before another corpse welcomes in the New Year….  (Amazon) 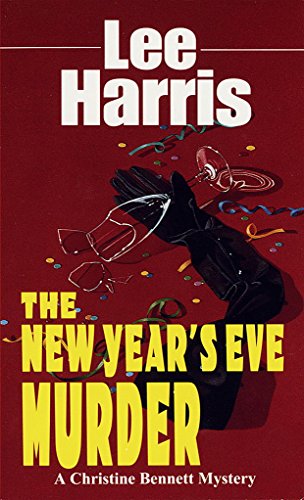 On December 30th, Susan Stark was dropped off in front of her parents’ house. She hasn’t been heard from since. Not a good scenario, especially in New York.

Former nun (now crime investigator) Christine Bennett fears the worst. Armed with only a few phone numbers and a photo of Susan, she steps into the missing girl’s life—and meets a Susan that neither her parents nor her boyfriend knew existed . . . with strange obsessions and a secret life that may have lured her to a deadly end.  (Amazon) 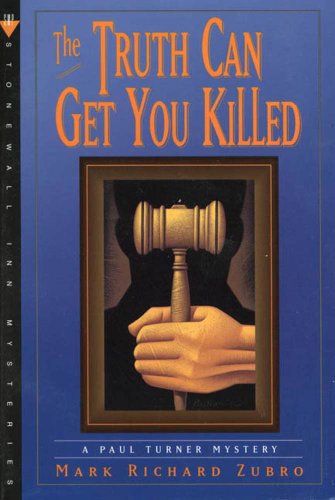 The last thing that Chicago Police Detective Paul Turner wants to do on New Year’s Day is investigate a murder. But when the body is that of a conservative, homophobic judge and it is found outside a popular gay nightclub, the task takes on a new urgency for him. Now Turner must unravel the threads connecting the unlikely victim to his unsuspected murder scene-and look for answers in the most unusual places.

Mark Richard Zubro’s The Truth Can Get You Killed is full of non-stop action and the author’s signature humor–another stellar mystery for Detective Paul Turner!  (Amazon) 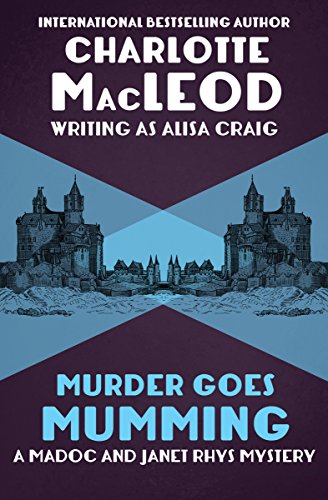 Murder turns a Christmas trip into a working holiday for Mountie Madoc Rhys and his bride-to-be in this holiday whodunit from the “cozy mystery queen” (Early Bird Books).
Though he may not look the part, Madoc Rhys is a Mountie—and his keen sense of detection tells him it’s time to ask Janet Wadman to marry him. They have just gotten engaged when Christmas rolls around, and Janet’s boss invites them to his family estate for a last holiday fling before Janet leaves her job. After a long helicopter ride, they are at Graylings, ancestral home of the Condryckes, a family so strange that Canada’s shortest Mountie fits right in. There is a psychic old woman, an erudite butler, and a family patriarch who is the spitting image of an English country squire. And when the elderly Mrs. Condrycke is found murdered, Janet will be glad she brought Madoc along. Though civilization is far away, when there is a Mountie in the house, justice is close at hand.  (Amazon) 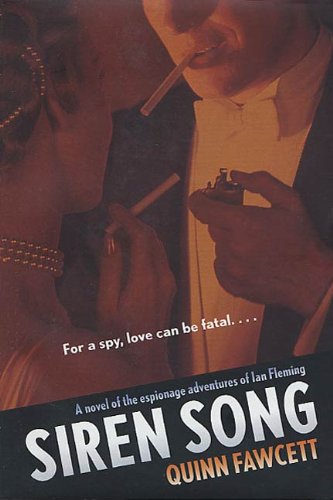 The world knows Ian Fleming best as the creator of that international sensation, James Bond, hero of countless novels and films. The real Ian Fleming was once an operative for British Naval Intelligence, ostensibly retired to a career in journalism after World War II. Rumors have long swirled that Fleming never completely left the spy game. . . .

At a posh New Year’s Eve party in London, Fleming falls hard and fast for the glamorous Nora, who mixes brains and beauty in a way Fleming can barely resist. But it’s winter in England, and he longs to return to his sanctuary on the island of Jamaica, and he has a plane to catch. On his way to the airport, Fleming is practically kidnapped by operatives of British Intelligence who offer him a scoop-the name of a powerful American businessman who is secretly a Communist and who may be passing US secrets to Soviet Russia. Suspecting that British Intelligence has its own private reasons for discrediting this man, and unwilling to be their patsy, Fleming will not look at the dossier.

When Nora unexpectedly turns up in Jamaica, Fleming anticipates a pleasant idyll-particularly when he discovers that this beautiful woman is a tough, adventurous, former war correspondent. Sex appeal, intelligence, and a shared passion for journalism-Fleming sees a new future unfolding before him. Even learning that Nora is investigating the American whose dossier Fleming refused does not dampen the former spy’s ardor. The explosion of a bomb in Nora’s hotel room provokes Fleming, who accompanies Nora to her home base of San Francisco.

There, Nora plans to expose the businessman’s connections to Soviet Russia and his bigamous marriage. Fleming has his hands full keeping the lady safe-but begins to wonder just why the people trying to kill Nora are so persistent.

In a world of concealed motives, love is a most dangerous game. . . . 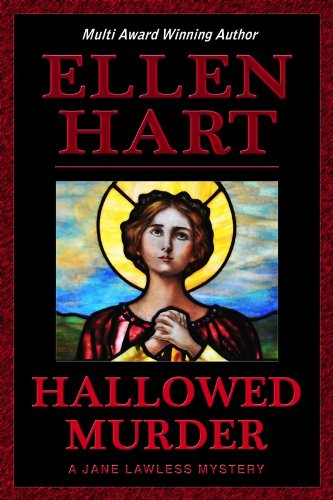 It’s almost winter in Minnesota. As the icy cold begins to grip the Twin Cities, restaurant owner, Jane Lawless, and her eccentric sidekick, Cordelia Thorn, are caught up in a spiraling chain of events centering on the university sorority, Kappa Alpha Sigma. Allison Lord, a popular sorority member with a secret, is killed and the murderer continues to stalk the house amid charges of theft, lesbianism and religious intolerance. Featuring a memorable cast of characters and an intriguing inside view of the dark undercurrents of sorority life, this page-turning mystery by newcomer, Ellen Hart, is full of suspense and surprise.  (Amazon)

Dr. Kay Scarpetta plunges into the murky depths of a ship graveyard to recover the very human remains of Ted Eddings, an investigative reporter. Together with her niece Lucy and police captain Pete Marino, Scarpetta will follow the scents of death and violence to the heart of sinister darkness.