Here is a list of some of the new releases for the week of January 5th, 2020. I am going to divide the list into 4 days because there are so very many of them for the week. Today is the second day of my list for this week. Hope you find some selections for your weekly reading. Enjoy and happy reading. 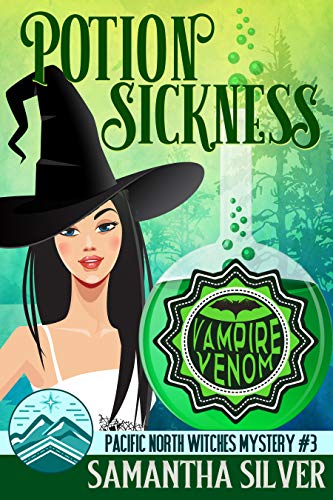 Escape to the Pacific Northwest, where magic and mountains meet murder and mayhem.

When a vampire is murdered in Mt. Rheanier, Ali is fine with leaving the solving of the crime to the authorities. After all, she didn’t even know the victim. But when his family approaches her looking to hire her to find the killer, Ali finds herself embroiled in yet another investigation.

But between Willow being worried Ali’s going to get hereself killed, the local enforcers not being pleased about Ali sticking her nose into their case, and Grandma Rosie acting even more strangely than usual, Ali quickly realizes she’s wading into some pretty deep waters.

As she gets closer to finding the killer, strange things start happening to Ali, and she starts to be convinced they’re not quite a coincidence. Someone really doesn’t want her to solve this case, but that only fuel’s Ali’s fire. It’s a race to find the killer before the killer gets to her, and Ali is always up for a challenge. But is this finally one she can’t win? 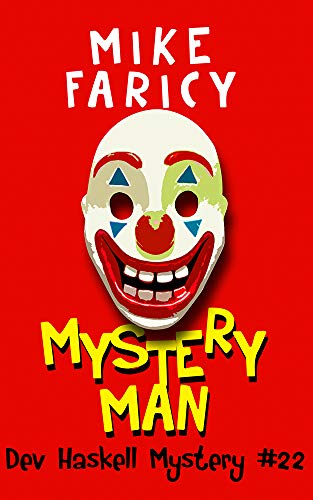 Especially when two large, canvas, cargo bags are filled with cash and locked in a vault.

Just who is this Mystery Man? 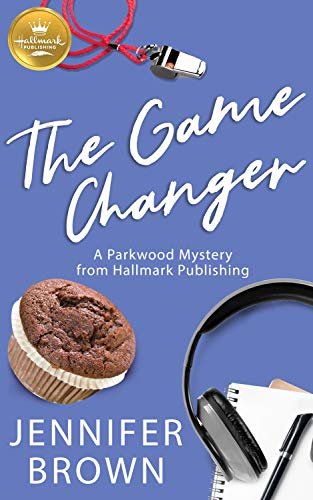 Hollis and Daisy love
podcasting about murder cases…
But can they solve one?

After a brutal homecoming game loss, the coach of the rival football team is the victim of a hit-and-run in the high school parking lot. The entire town is on edge, and the star quarterback—who happens to be the police chief’s son—may just look the guiltiest of all.

With Hollis’s investigative skills and Daisy’s famous muffins…and in spite of the charming rookie police officer tasked with keeping Hollis out of the way…the podcasting duo sets out to solve their first real case. 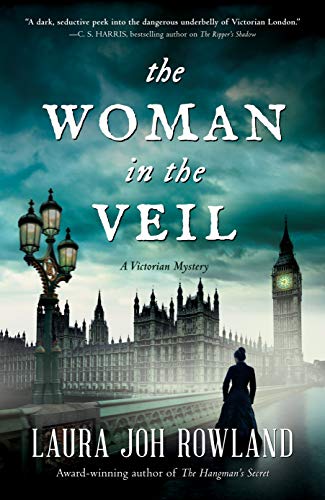 Sarah Bain and her friends Lord Hugh Staunton and Mick O’Reilly are crime scene photographers for the Daily World newspaper. After solving a sensational murder, they’re under pressure to deliver another big story. On a foggy summer night, they’re called to the bank of the river Thames. The murder victim is an unidentified woman whose face has been slashed. But as Sarah takes photographs, she discovers that the woman is still alive.

The case of “Sleeping Beauty” becomes a public sensation, and three parties quickly come forward to identify her: a rich, sinister artist who claims she’s his wife; a mother and her two daughters who co-own a nursing home and claim she’s their stepdaughter/sister; and a precocious little girl who claims Sleeping Beauty is her mother. Which party is Sleeping Beauty’s rightful kin? Is someone among them her would-be killer?

Then Sleeping Beauty awakens–with a severe case of amnesia. She’s forgotten her name and everything else about herself. But she recognizes one of the people who’ve claimed her. Sarah is delighted to reunite a family and send Sleeping Beauty home–until one of the claimants is murdered. Suddenly, Sarah, her motley crew of friends, and her fiancé Detective Sergeant Barrett are on the wrong side of the law. Now they must identify the killer before they find themselves headed for the gallows.  (Amazon) 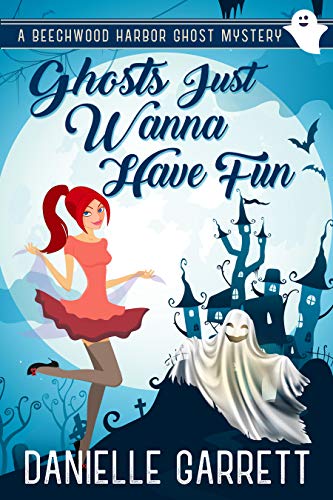 Nothing puts a damper on a romantic Hawaiian honeymoon quite like a dead body.

A reality dating show is filming next door to our rental digs, and besides the giggly pool parties and late night soirées, things are tolerable. At least, until a contestants goes belly—and fabulous ball gown—up in the pool. Suddenly, our vacation suddenly takes a backseat to a murder investigation.

Chaos is unleashed on the quiet community, complete with a pesky paparazzi, brawling bachelorettes, and a bitter ghost hellbent on revenge. It’s impossible to relax, and I’m plunged into the hunt for the killer before someone else gets hurt.

At least I’m getting a tan.  (Amazon) 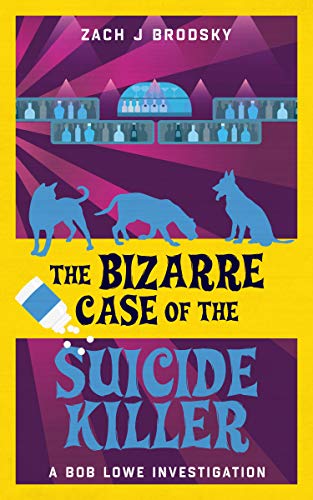 Another hilarious and quirky mystery from Zach J Brodsky.

When the police are suspicious about a series of expat deaths, they turn to Bob to do what he does best – go undercover with a drink in a bar. His translator, friend and investigative assistant Pat, continues to quietly prove the brains behind the organisation as Bob tries to solve a unique paternity test and help young go-go dancer Tum get his mojo back in the Bangkok nightlife scene.

Life is very much on an upward trajectory for the bumbling Brit and he even reveals his softer side as he looks to repair fading friendships. Another bizarre and quirky mystery with a large slice of humour and some heart-warming moments. The second in the Bob Lowe Investigation series.  (Amazon) 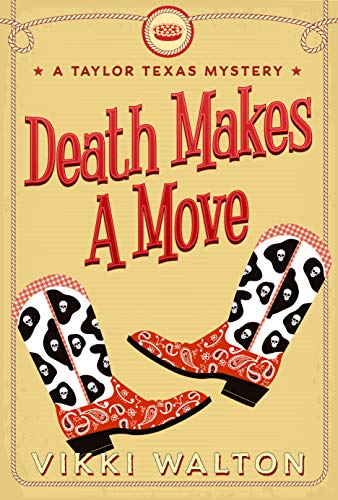 After much soul-searching, Christie quits her job and move home to Comfort, Texas. Her cantankerous father is still battling with developers. Christie’s also worried about her father’s deteriorating health and mental capacity. Her decision to return home puts her in direct conflict with the Webster Group—developers who don’t want to take no for an answer. Then tragedy strikes when Pop Taylor’s friend, Curtis Altgelt, finds a dead body on his property. Did Curtis kill the man? Was it an accident? Christie knows she needs to get into the mind of a killer, but will her decision prove lethal?  (Amazon) 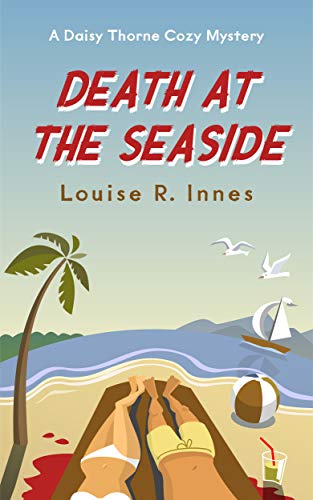 Overworked and reeling from her recent breakup, Daisy accompanies her best friend Floria to the English seaside resort of Devon for a much-needed summer break. When their hostess, the eccentric artist Edith Novak is stabbed to death in cold blood, the whole household is shocked. Since this is the local police detective’s first murder case, Daisy decides to help out.

With most of their fellow guests at a party and those in the house accounted for, it seems impossible that any one of them could be responsible for the grisly murder. As Daisy unravels what really happened that night, she realises that the killer is smarter and more ruthless than she ever imagined. It won’t be easy, but Daisy knows she has to outwit the murderer before an innocent man is charged with the crime.

If you loved the characters in this book and want more now… Check out these standalone romances on Louise’s Amazon author page: 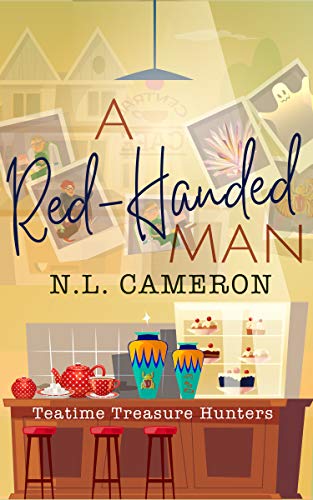 Helena Carson’s tea shop sells four things: piping hot tea, fresh-baked pastries, hand-picked antiques–and supernatural mystery! Having uncovered a black market in supernatural items that is connected to the murder of Gerry McMurry, she and her friends Bettina, Jessamine and Gertrude are learning their way around their own mystical item, which can reveal pieces of the past and future. When it reveals to them that former enemy and career thief Kellan Orson is going to be asking for their help, they dismiss the prediction–until he shows up at their door! Haunted by a vengeful ghost tied to one of his thefts, he’s desperate for help from the only locals he knows with any occult knowledge. Will they help him–or leave him to his fate?

Love an old friend’s cozy mystery? You will fall in love with these ladies and their ability to solve a mystery.  (Amazon) 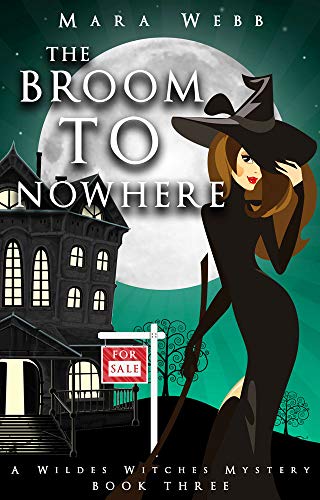 Nora Wildes is a witch that finally feels like she belongs somewhere. In the magical town of Sucre she has found a job, a boyfriend and seven talking cats. Life is perfect, until it’s not.

Her boyfriend, Brent, is determined to buy a new house after his promotion. Things take a sharp turn for Nora when she stumbles upon a dead body at an open house, after which she decides to take things into her own hands. There is a witch murderer on the loose and the human police will never catch them, she has to act fast.

Things are not what they seem here at all and Nora seems to be the only one who knows it. Clouded judgement leads to lies, murder, kidnap, and evil spirits. Is a group of magical vigilantes responsible for the death? Or was it someone Nora knows?

When so many people she cares about are in danger, what will she do?

The Broom to Nowhere is the third book in the Wildes Witches Mystery series.  (Amazon) 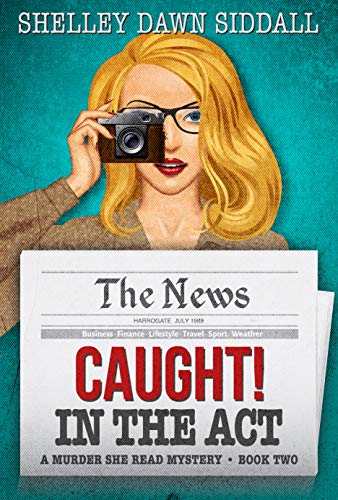 Why didn’t they find the body the first time?
How can you miss a dead body in an open field with dozens of volunteers searching? Is this another conspiracy? Crystal Cinnamon Schmidt has a knack of being in the right place at the right time to uncover secrets, but this time she hasn’t got a clue as to who discarded Donna McLaughlin like so much trash.
As the newly appointed advice columnist at the Harrogate News, Crystal’s column is gaining in popularity. As a self-appointed murder investigator, her recent interviews have made her a lot of enemies, including the dead woman’s husband. Even a cop on the local police force is making her life miserable; is he the one writing her threatening letters?
With her mom’s upcoming marriage and the possibility of having to move, Crystal is starting to spiral downwards; all the anxieties that she thought were under control are starting to reappear.
How can Crystal catch Donna’s killer if she can’t even get out of her front door?  (Amazon) 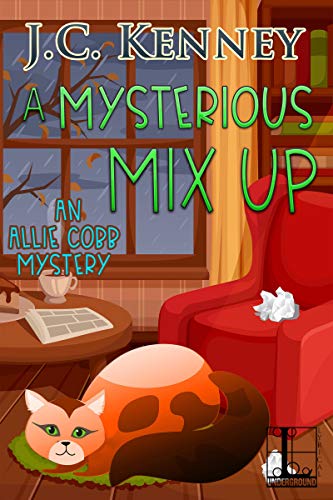 Murder hits the stacks when literary agent Allie Cobb investigates a fatality in the local library . . .

Allie Cobb returns home from a book conference armed with hugs for her cat and her boyfriend, and dreams of a long, hot bath. She’s also getting ready to take the plunge by hiring an intern for her expanding literary agency. But it’s one for the books when Allie finds the town’s librarian—and her longtime role model—seconds away from death on the library floor.

Who would want to poison Vicky Napier—one of Rushing Creek’s most beloved citizens—on the eve of her retirement? But it seems there were toxic people in her life, like the handyman with an obsessive crush, and a wood carver with a hair-trigger temper. The list of suspects includes Allie’s boyfriend, Brent, who’s in the running to take over as town librarian. Avenging her friend’s murder could be a trap as she goes up against a killer determined to write Allie’s epitaph . . .  (Amazon)