Here is a list of some of the new releases for the week of January 19th, 2020. I am going to divide the list into 4 days because there are so very many of them for the week. Today is the first day of my list for this week. Hope you find some selections for your weekly reading. Enjoy and happy reading. 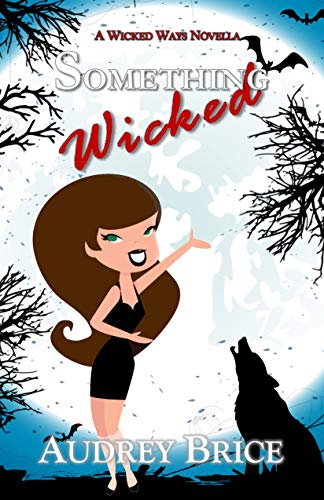 I’m Elise Marybell Marple, owner of the magic shop Wicked Ways. When Jasmine Jeffreys, resident plant murderer turned botanist, shows up in my shop begging for a silver amulet and a pound of wolfsbane, I think nothing of it. She’s a strange one, after all. But then someone stole an old book from the library, and another customer made a strange request. Suddenly, everyone is seeing werewolves, and the town is speculating a list of suspects that includes Alex. I need to put a stop to the proverbial witch hunt before anyone gets hurt, but first I have to figure out what’s going on.  (Amazon) 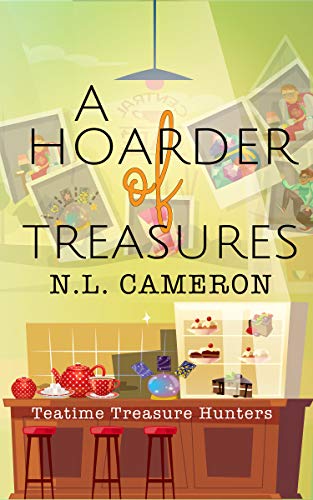 Helena Carson’s tea shop sells four things: piping hot tea, fresh-baked pastries, hand-picked antiques–and supernatural mystery! Having finally learned the name of the man seeking Cassandra’s Jewel, she and her friends Bettina, Jessamine and Gertrude face a shock when he has a second thief steal the jewel right out from under their noses. To get it back, they will have to learn about the personality, plans and history of the mysterious, power-hoarding man behind the theft.

Love an old friend’s cozy mystery? You will fall in love with these ladies and their ability to solve a mystery. A Hoarder of Treasures is the fourth book in the Teatime Treasure Hunters series and can be read as a standalone book.  (Amazon) 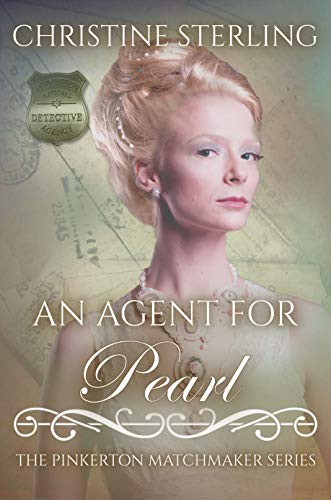 A quiet woman with no desire to become an agent; an agent with no intention of ever having a partner, and the case that cooks up surprises.

Pearl Bolton has enough on her plate, she doesn’t want to add anything else. She loves her job as a cook for the Pinkerton’s Denver office. At night she rushes home to help take care of her invalid father. The last thing she needs is a husband, no matter how temporary. What she didn’t count on was a case that involved her two passions: baking and Pinkerton Agent Zeke Preston.

Zeke Preston has a crush on the shy cook, and he has the extra ten pounds to prove it! He wishes he could get her to open up to him, but Pearl doesn’t appear to need anyone or anything. Every time Zeke comes around, it’s as though Pearl is avoiding him. He knows exactly what to do to get her attention. Someone has sabotaged a national baking competition and he needs her to help solve the case. The fact he has to marry her is just an added bonus.

Does Pearl assist Zeke in finding the saboteur? When Pearl is the victim of a crime, will Zeke be able to protect her and solve the case? Will their marriage end at the case’s conclusion, or will they bake up something new together?  (Amazon) 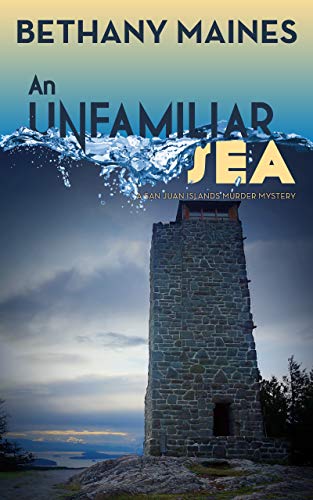 In a storm, you never know which way is home.Tish Yearly is about to open a wedding venue on Orcas Island, in the San Juan Islands of Washington State. All she wants is to sail through her first wedding, figure out why her best friend isn’t talking to her, and tell her grandfather she’s dating someone he doesn’t approve of. But before she can get to any of that, Tish’s favorite employee turns up dead—apparently drowned in four inches of water. Now Tish, and her grandfather, former CIA agent and current curmudgeon and licensed P.I. Tobias Yearly, are wading through the suspects including a meth-cooking uncle, a brother with anger-management issues, and the mysterious island drug kingpin, who may or may not be going straight. Tish is attempting to navigate this unfamiliar sea, but she may not be able to weather the storms to find her way home.  (Amazon) 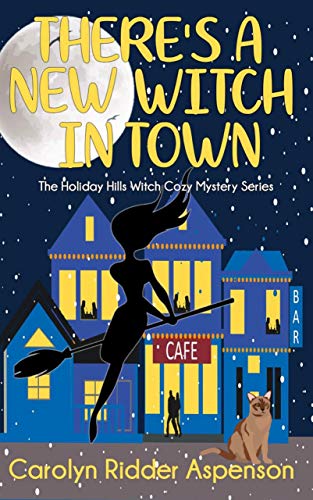 Welcome to Holiday Hills, where the coffee’s fresh and there’s magic in the air…

I have a perfect life. I recently rented the most adorable little apartment on top of my favorite bookstore coffee shop on Main Street in Holiday Hills, the charmingest of charming small southern towns. I spend my days ghostwriting a cozy mystery series for a well-known author, and maybe just a minute or two crushing on the town’s police chief. But of course, I’d never let that cat out of the bag. I’m still dealing with my recent divorce, and no matter what my bestie says, I’m so not ready for anything in the romance department.

Speaking of cats, my little Burmese, Cooper, follows me around like he’s my guard dog. Thankfully, Holiday Hills is animal friendly. Everyone’s got a cat or dog, and that crazy old woman on the back end of town has the funniest talking parrot.

The good news is everyone loves my mother, including me. The bad news is she recently died, and when she did, she opened up a whole new world for me, one I’d always thought was fictional. The magical world.

Now I have witchy powers, a talking cat, and a knack for finding dead bodies in my quaint little town.

Ones that don’t die on accident.

My name is Abby Odell and I’m a witch.

Who knew? I sure didn’t. Thanks for that, Mom. 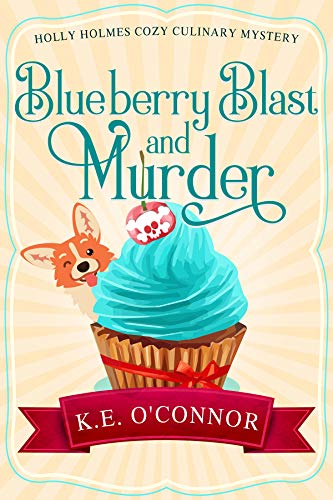 Holly Holmes is shocked when a wedding florist, Connie Barber, is found dead while attending the Audley Castle annual wedding fair. Surprised that such a young woman should simply die, she starts asking around. Could Connie’s death be something more sinister?

It doesn’t take Holly long to learn there weren’t many people who liked Connie. She was sharp, money-focused, and mean. And, she enjoyed stealing other women’s men.

When the autopsy reveals she was poisoned, Holly offers to help Campbell figure out who killed Connie, but he’s convinced he already knows who did it. The only problem is, the prime suspect has Campbell as an alibi.

Determined to find the truth and get justice for Connie, Holly keeps investigating. But with a wedding dress catwalk to take part in, a mountain of baking to do, a plogging event to run, and the surprise arrival of a family member, she’s too busy to see straight.

Will this be the case that finally beats Holly?

Welcome back to Audley St. Mary. The stories are full of desserts, murder, and puzzles. Enjoy mystery, friendship, twists and turns, and lots of tasty treats as you indulge in this delicious book.

More books in the series: 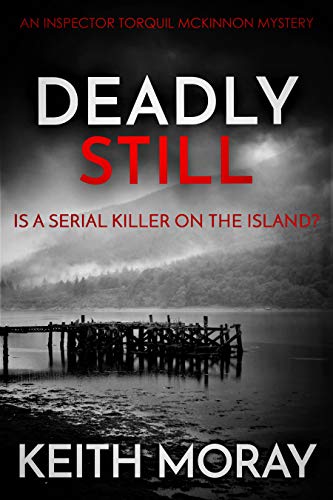 Inspector Torquil McKinnon is back on the case! Perfect for fans of Ian Rankin, Stuart MacBride, LJ Ross and Faith Martin…

Has an innocent celebration gone wrong or is there a killer poisoning the islanders…?

While out on her morning run, Sergeant Morag Driscoll stumbles upon a teenager in serious distress.

Catriona McDonald is screaming hysterically and claims she has gone blind.

And her friend, Jamie, is in an unresponsive state…

With one young person dead, another missing, and a third in a critical condition, Morag quickly summons Inspector Torquil McKinnon and the rest of the team to action.

It seems the injuries are linked to illegally distilled alcohol. But were the teenagers the intended target? Or has a larger threat been brewed in the Deadly Still?

“Keith Moray gives a delightful mystery tale and at the same time a fascinating look at the island folk of West Uist, a fictional island in the Hebrides. I found the culture almost as riveting as the murders and in all enjoyed the book tremendously.” Frank Roderus, double WWA Spur winning author 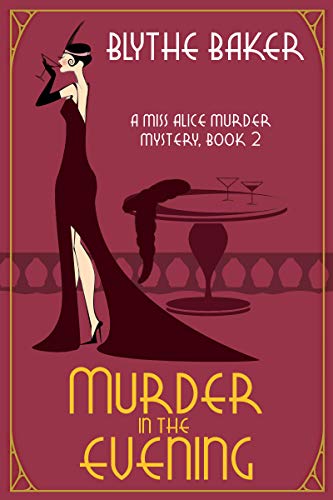 When an elegant dinner party with friends ends in the sudden death of a beautiful young socialite, Alice Beckingham finds herself a witness to murder. Intrigued by a cryptic note in which the victim predicts her own demise, Alice enlists the aid of the cunning but slippery Sherborne Sharp to investigate.

Alice has more than one killer to contend with, however, as her family continues to be plagued by unanswered questions surrounding an older unsolved mystery.

Working together, the lady detective and her jewel thief partner set out to trap a killer. But will the looming shadows of the past leave Alice blind to the dangers of the present?  (Amazon) 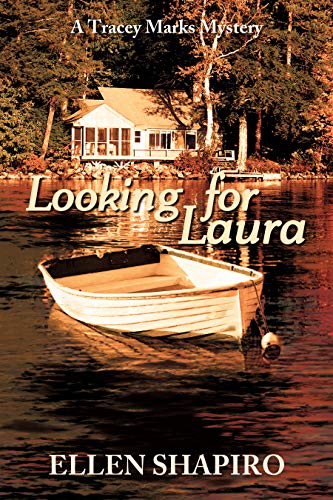 Like most private investigators, Tracey Marks is just trying to pay off the mountain of bills that never seem to stop. So when a client hands her $5000 to find his missing wife, she jumps at the opportunity. Although it’s her first missing-persons case, she really does need the money and charges ahead into the investigation.

But things quickly go sideways, and the more answers she gets, the more questions that arise. Everyone seems to be holding back, or even outright lying…and even the missing woman has a sketchy past. As Tracey digs in deeper and deeper, she finds herself drawn into a web of deceit. With warning signs everywhere, will Tracey even live long enough to cash the check?  (Amazon) 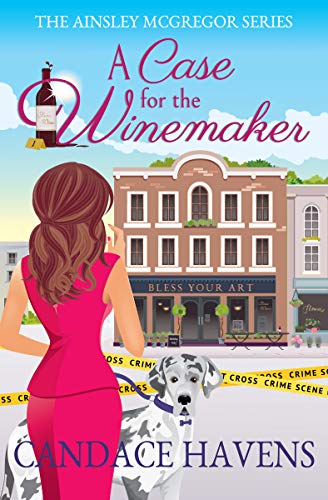 The closer she gets to the truth, the more she finds herself drowning in trouble

It’s an exciting time in Sweet River, Texas, and the whole town is talking. Maybe, a little too much. Former English professor Ainsley McGregor has gambled everything on her new business: Bless Your Art, an artisan market where local artists sell their wares and teach classes.

The bright, white space is filled to the brim with colorful art, yarn, jewelry, pet treats, antiques and even a few medieval weapons. Oh, and there are wine tastings. Everything is better with wine. Ainsley is surprised by how well things are going–right up until the moment her Great Dane finds a dead body. With her friend accused of the murder, it’s up to Ainsley to find the real killer.

As the suspect list grows longer, Ainsley has her work cut out for her. The task is made more difficult by the fact her brother, the sheriff, doesn’t seem to want her help. If she doesn’t wrap up the case soon, she might be the next wine, um, one to die.  (Amazon) 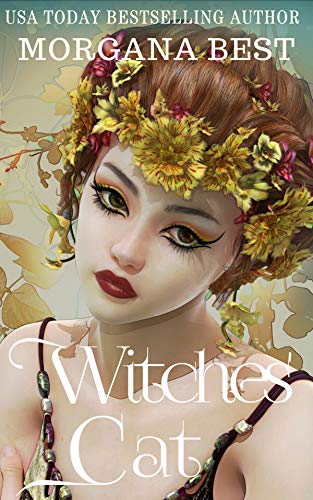 The mystery of Shifter cat Breena’s past is revealed, and it wasn’t something Pepper Jasper suspected.
A puzzling murder at Mugwort Manor throws suspicion onto those close to home.
With Lucas away, can Pepper navigate her way through strange guests, to discover secrets that perhaps should be best left alone? 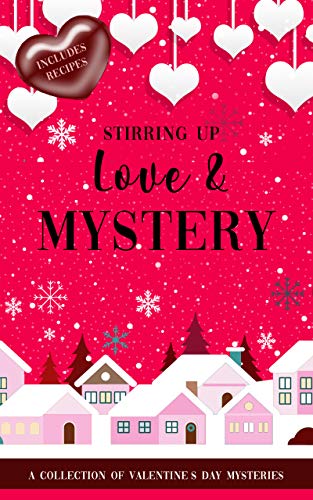 Do you love cozies with recipes?

What about Valentine’s Day mysteries?

Then this cozy mystery collection is for you!

Love and Murder are in the air. Come join today’s best-selling cozy mystery authors as they whip up brand new mysteries, complete with mouth-watering recipes at the end of every tale.

Spend this Valentine’s Day with your favorite amateur sleuth because anyone can catch your eye, but it takes someone special to catch a killer.  (Amazon)