Here is a list of some of the new releases for the week of February 2, 2020. I am going to divide the list into 4 days because there are so very many of them for the week. Today is the fourth and final day of my list for this week. Hope you find some selections for your weekly reading. Enjoy and happy reading. 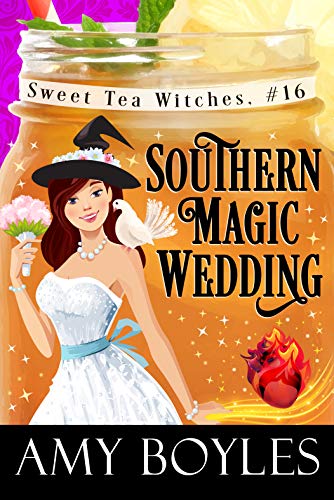 It’s Pepper and Axel’s wedding day. Finally, the bid day has arrived and the entire town is ready to celebrate. And Pepper is ready, too. She can’t wait to start her new life.

The only problem is that suddenly Axel has ex-girlfriends oozing out of the woodwork. Worse, when a spell is cast on Axel the day before the wedding, his future with Pepper becomes murky.

Pepper is shattered. From the looks of it, she and Axel will never get their happily ever after. But never say never to a Craple. Pepper’s family rises to the challenge to save Pepper’s wedding.

Can they do it or will Pepper never get the wedding of her dreams?  (Amazon) 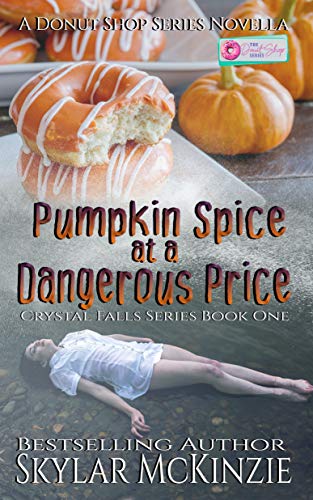 Gypsy Lee Tucker always knew she was different. She just never knew how different until she moved away from the city lights of NYC, back to the country roads of Crystal Falls, SC. Settled in to running her late grandmother’s book/coffee shop with her best friend Tabby, Gypsy thinks that she’ll be able to work on her latest murder mystery novel in peace. That is, until a body is found on the banks of Black River; the very same river that runs behind her house. A body of a young girl that died eerily like another young girl two years before.The one thing they have in common?They both ordered a pumpkin spice donut from Gypsy’s Café right before they were murdered. Enter a group of authors who love nothing more than a good crime, a hot detective determined to keep them out of his way, and a ghost who just wants to help, and you have a recipe for a good murder mystery sweeter than pumpkin spice.  (Amazon) 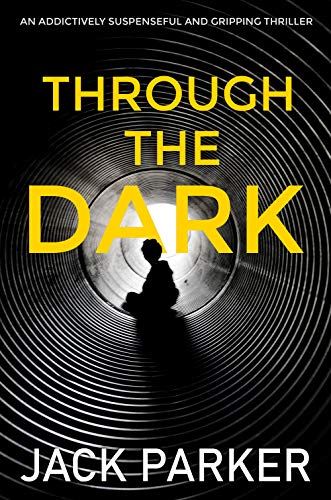 Some secrets never leave him alone..

When Keiran Camp is forced into a hardcore gang by his older brother Brock, a model teen boy gets into a star-crossed friendship with a kid-friendly policeman to help him out.  (Amazon) 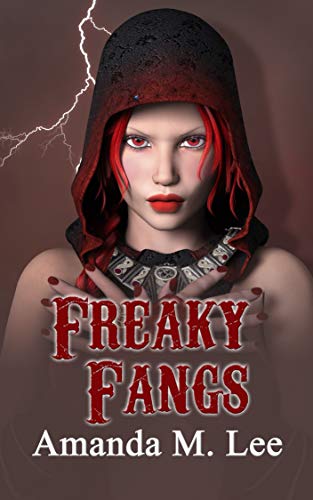 Mystic Caravan Circus is in flux. Things are shifting in the organization, new faces are joining the fray, and manager Poet Parker isn’t certain how to deal with it. Unfortunately for her, she doesn’t have time to figure it out.
Kentucky is on the horizon, and a roadside accident that claims a family has caught Poet’s attention. She’s haunted by what she sees … and dreams that show her nothing but snapping teeth and flowing blood.
They’ve been to the area before – Mammoth Caves is a big draw – but something appears to be amiss. It isn’t long until Poet realizes exactly what that something is … vampires. They’re nesting and taking over the entire town.
Vampires are nothing new when fighting monsters with a paranormal circus. These vampires, however, are different. They’re stronger … and faster … and deadlier. In fact, they’re something older and more ruthless, and Poet has no idea how to take on this new enemy.
When the vampires come for one of Mystic Caravan’s own, the time for debate is over. They live as a family. They’ll die as one, too, if need be.
Poet has fought wars before but this one is going to get bloody. It’s going to take everyone working together to overcome this enemy. Even then nothing is guaranteed.  (Amazon) 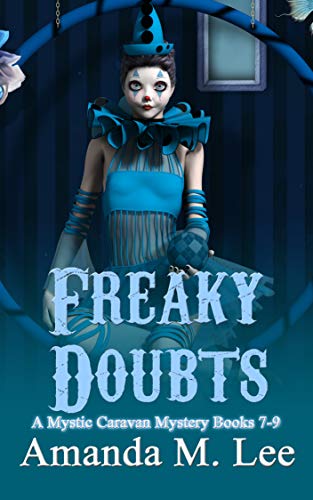 Mystic Caravan Circus is about to find trouble … again.
That’s what happens when you spend your life hunting monsters, though.
This go-around everybody’s favorite over-the-top circus performers travel to Hemlock Cove, where they meet a group of witches they didn’t see coming, before heading to the Detroit area and visiting Poet Parker’s old stomping grounds. There, they come across with a family of snarky reapers who challenge their world view … and a group of at-risk street kids who are in danger of being swallowed whole by a dark enemy. Finally, they stop at Mammoth Caves, where vampires (and something a little more sinister) seem to be taking over a small town and leaving nothing but devastation in their wake.
It’s going to be a bumpy ride, but Mystic Caravan is up for the challenge. 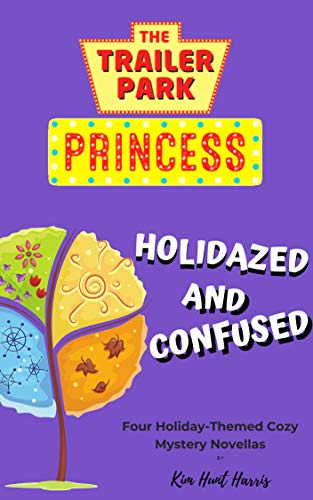 “Sure it’s a murder mystery, but there is compassion, a willingness to sacrifice, and answers to prayers, plus the usual Salem, Stump and Viv craziness. What more could you need?”  (Amazon) 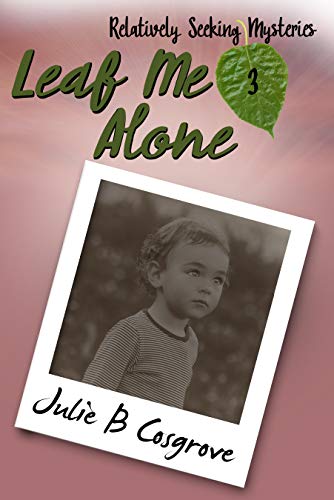 A long lost child . . . and secrets that insist the lost remain lost!

Word spreads through town about the genealogy researches of Shannon, Bailey, and Jessica. So far, it’s been a fun hobby and an eye-opening experience as they helped to solve two murders. But when old Mrs. Perkins, their Bible study leader, wants to hire Shannon and her husband Jayden to find her long-lost nephew, the couple soon learns that moving forward along the Perkins family tree may leave them dangling out on a limb . . .
and someone is holding a saw!  (Amazon) 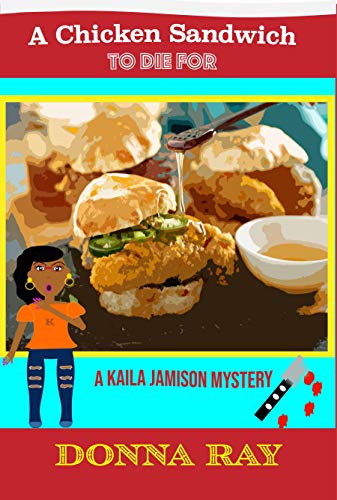 Former Virginia elementary school teacher, Kaila Jamison, has now decided to pursue her dreams of becoming a food blogger and critic for one of the most popular social media food blogs in the country, Gourmet Therapy. Excited about her new career and the opportunity to travel, Kaila is looking forward to starting her first assignment, which is covering a well-known soul food restaurant located in Houston, Texas. The soul food restaurant is owned by southern belle Mrs. Lena Washington, and she runs it under a tight watch along with her sons Larry and Darryl. The restaurant is always in full swing driving people from miles away to taste Mrs. Washington’s favorite southern dishes. And recently, her delicious chicken sandwich that is driving crazy crowds from around the country to her restaurant along with rave reviews.

However, when Kaila arrives in Texas, she realizes that she may have more problems starting off her new career than she had thought. Not only does she have to deal with Hakeem, her annoying but attractive cameraman, but when a dead body shows up at one of the restaurants, Kaila must race to find out who did it before she leaves the lone star state for good. She must find out if the chicken sandwich is literally to die for.  (Amazon) 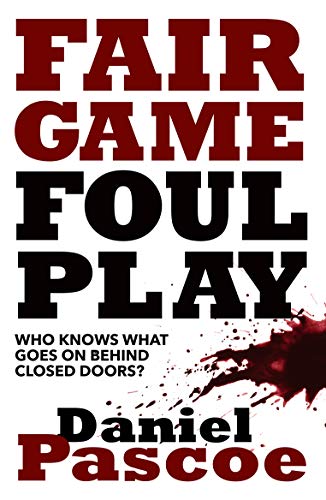 WHO KNOWS WHAT GOES ON BEHIND CLOSED DOORS?

Sometimes you never know what goes on within a marriage, even your own, until some catastrophe happens.
From a quiet village in North Yorkshire, a story of slow-burn domestic tension, discontent and tragedy compounded by cover‑up, and a desire for survival no matter what. Not so much a whodunnit, more a will-they-get-away-with-it that you won’t want to put down.

This cozy crime novel from Daniel Pascoe is now available on Kindle and in paperback. 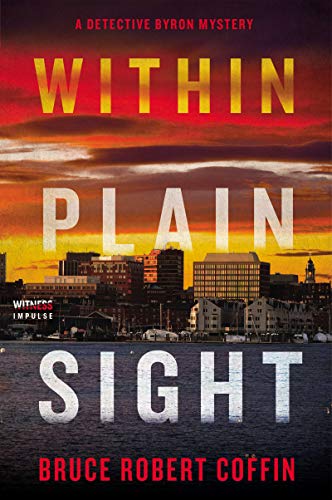 The latest gripping installment of the award-winning, #1 bestselling Detective Byron mystery series: a grisly crime captivates Portland, sending John Byron and his team on a wild chase to catch the killer before it’s too late

Amid the dog days of summer, Detective Sergeant John Byron is called to the scene of a horrific crime: a young woman’s body, dismembered and left in an abandoned Portland lumber yard. The killing shares striking similarities with a spate of murders committed in Boston by a serial killer known only as the Horseman.

As Byron’s team investigates the case, they quickly push up against powerful forces in town. But Byron will stop at nothing to find the truth, not when there is a killer on the loose and everyone is a suspect. Has the Horseman expanded his killing field? Is this the work of an ingenious copycat—or is nothing what it seems? One thing is certain: Byron must uncover the truth before the killer strikes again.  (Amazon) 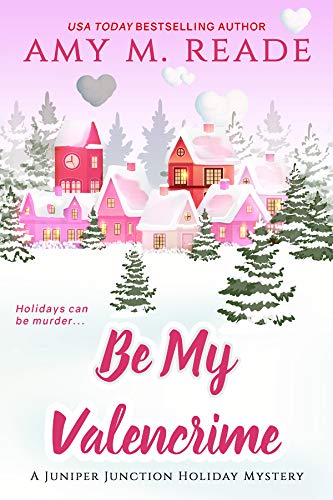 It’s Valentine’s Day in Juniper Junction and love is in the air. Or is that just a dark cloud?
Lilly’s shop assistant, Harry, is about to pop the question to his girlfriend, Alice Davenport. He’s got the ring, he’s planned a romantic dinner, and he’s even thought of a gracious escape if Alice says no.

The only thing missing is…Alice.

Lilly wants to do all she can to help find Alice, even if that means interfering with a police investigation. But as she begins to learn more about Harry’s sweet, unassuming girlfriend, she discovers that Alice is hiding a shocking secret that will complicate everything.

And when Lilly suffers a lapse in judgment, the consequences are swift and painful. Can she pull herself together enough to help her daughter through a tunnel of teenage angst, deal with her mother’s dementia-related wanderings, and still help Harry find his Happily Ever After?  (Amazon)