Here is a list of some of the new releases for the week of February 16th, 2020. I am going to divide the list into 4 days because there are so very many of them for the week. Today is the first day of my list for this week. Hope you find some selections for your weekly reading. Enjoy and happy reading. 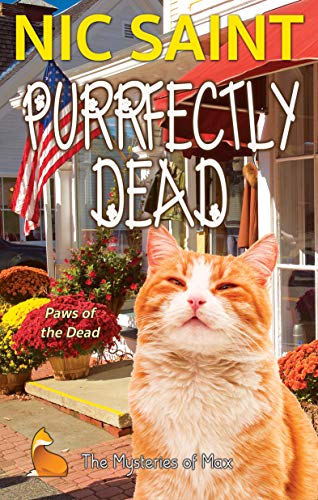 Paws of the Dead

I was suffering from a slight case of ennui when I came upon the perfect solution: a new type of cat kibble that promised to fix my every problem. I probably should have known it was too good to be true, which just goes to show that even a feline who’s been around the block a few times can still be caught by surprise.

What definitely caught me by surprise was Gran’s announcement that she wanted to have another baby—a little brother or sister for Marge and Alec. No, they weren’t too excited about the prospect either. And then of course when that first zombie showed up one night, that’s when the trouble really started.

Am I going too fast? You’re saying I should back up a little? Well, all right, fine. But don’t say I didn’t warn you: this story turned out to be a real rollercoaster ride, and put both cats and humans through the ringer. Then again, isn’t that par for the course in Hampton Cove, that lovely small town where danger seems to lurk around every corner?  (Amazon) 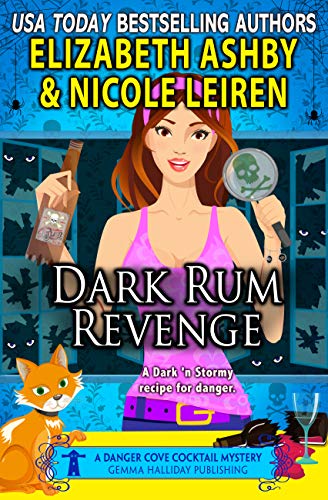 As the new part owner of Smugglers’ Tavern, Lilly Waters has found a little slice of happiness. With a steady boyfriend, a renewed relationship with her parents, and a strong circle of friends, she is excited about what the future might hold for her in the never boring town of Danger Cove.

The auction of Shady Pines, a creepy reportedly haunted old motel on the outskirts of town, causes an influx of real estate investors from near and far—some nice, some nasty, and all with plans for the property. As the tempers begin to flare, Lilly and her good friend, Bree Milford who owns the local B&B, visit Shady Pines to check out the potential new competition. But instead of answers, they discover the lifeless body of one of the most vocal (and irritating) investors. The police move in record time to point fingers, which leaves Lilly, Bree, and a former foe all in the middle of a dark and stormy recipe for danger. Can Lilly catch a killer, or will this haunted hotel claim another victim?

About Danger Cove:
Danger Cove is a sleepy little town in the Pacific Northwest and home to renowned mystery novelist, Elizabeth Ashby. While Elizabeth swears the stories she writes are fiction, you can find the inspiration for her murderous tales all over Danger Cove…from the intriguing cast of local characters to the places to eat, play, and explore in Danger Cove. Don’t let our name fool you—we’re the friendliest (even if deadliest) town in the Pacific Northwest!  (Amazon) 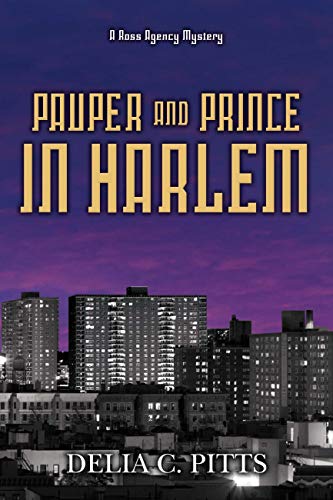 A vulnerable kid. A brutal enemy. An addled ally.

Blood runs cold on Harlem’s hottest summer night when drive-by assassins shoot up a crowded playground, killing the teenaged friend of private eye SJ Rook. Only fourteen, the kid was smart, affectionate, and alive with potential. His sudden death strikes Rook through the heart. Was this boy the victim of a cruel accident or was he targeted by gang hitmen in a ruthless display of power?

To find the killers, Rook must enlist the help of another teen, Whip, a mysterious runaway witness. Whip is a transgender boy whose life on the streets has drawn him into the realm of a violent mob kingpin. Bruised and discouraged by his mother’s rejection, Whip doesn’t want to be found. Not by the cops or by community do-gooders. And certainly not by Rook, a resolute stranger with vengeance on his mind. Rook’s search for the elusive kid requires persistence, street-level diplomacy, and guts. The quest becomes a dangerous trek through the meanest corners of his neighborhood. Racing from desolate homeless camps to urban swamps, from settlement houses to high-rise palaces ruled by greed and corruption, the determined Rook pursues his quarry. An unexpected twist in the detective’s relationship with his crime-fighting partner, Sabrina Ross, threatens to derail his mission while deepening their personal connection.

In this fourth book in the Ross Agency Mystery series, Rook confronts his toughest assignment yet. Noble tramps, vicious thugs, and a pint-sized trigger woman complicate Rook’s efforts to protect Whip. When a crime prince and a hobo hold the boy’s life in the balance, will Rook’s grit and imagination be enough to save Whip and bring the killers to justice?  (Amazon) 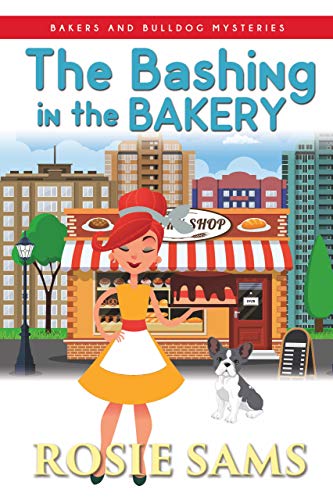 When her rival is murdered, Melody is separated from her cute French Bulldog, Smudge. Will she be locked up forever or can Smudge sniff out the truth?
FREE with Kindle Unlimited.

When a new bakery opens up, Melody starts to lose business. People are flocking to the new healthy treats across the road. It gets so bad that Melody even loses her temper and now she is in trouble.

When the owner of the new bakery is found dead, and Melody is covered in his blood, it looks like she may have snapped.

Now she is in jail and has no way of proving her innocence. Luckily, Smudge and Melody’s boyfriend, Sheriff Alvin, are on the case. Can they hunt down the truth when all the evidence points to Melody?

Find out in this sweet, fun cozy mystery!

Also available in the Bakers and Bulldogs Cozy Mysteries:
Strawberries and Sweet Lies
Brides and Blades
The Murder and the Masterpiece
The Poison in the Pie
Silent Night and Deadly Flight
The Beating After the Ball
The Murder in the Dressing Room
Why not follow Rosie on Amazon?  (Amazon) 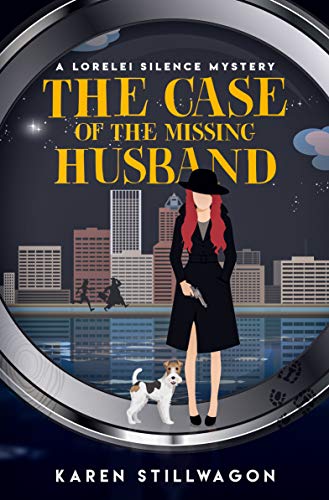 “Kidnapped? What do you mean kidnapped?” Lorelei asked.

“He’s been taken and the ransom note was delievered today. I have until Wednesday to come up with the money, or they will kill him.”

Lorelei Silence is new to the Private Investigator role. She is taking classes and working with an Insurance agency to get her PI license. She doesn’t know how to find a missing person, yet.

Her boss’s husband is missing and she wants him found before she has to pay the ransom. No cops, or he will be killed.

Can Lorelei find him before it’s too late?  (Amazon) 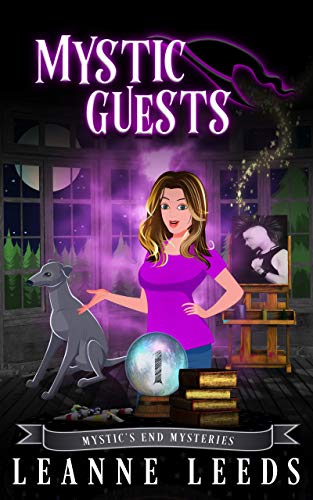 A new beginning in an old town.
A punk ghost raging in the middle of the night.
She wanted to get away from the paranormal—but did she wake it up instead?

Fortuna Delphi’s plans to open an art studio while searching out her mysterious origins are derailed when she discovers a punk ghost raging against her in the middle of the night. As his bones are unearthed along with the town’s secrets, she is determined to find out who killed the mohawked teen and why. At least, if she can do it without tipping her hand to the townspeople that she’s a witch.

Between the hot detective that suspects she’s a con-woman up to no good, the smolderingly sexy manager of the local greyhound track that seems to be full of secrets, and a conspiracy theorist reporter determined to enlist Fortuna in her war against the town’s corruption, Fortuna’s life is becoming more complicated than an Escher painting. And she could be unknowingly related to any of them.

Will Fortuna be able to find out who murdered the ghost in her attic, or will Mystic’s End unearth her secrets instead? 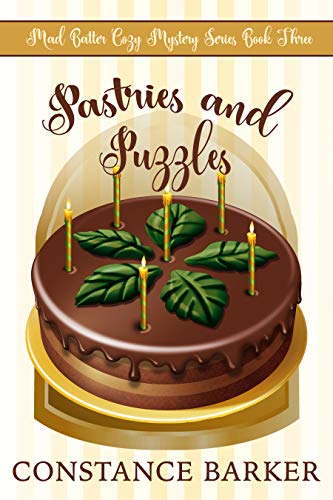 Who Killed the Life Coach?

Life coach Gilbert is offering seminars on how to better your life and Coco has the honor of catering the event. She’s excited until Gilbert gives her a dressing down on her presentation and food. What a jerk. Then the jerk ends up dead clutching a half eaten Coco specialty…a cupcake.

While her friends and handsome police officer Logan don’t think she had anything to do with the crime, it doesn’t matter. Most of the town does. Coco is determined to clear her good name, but will it come at a cost? 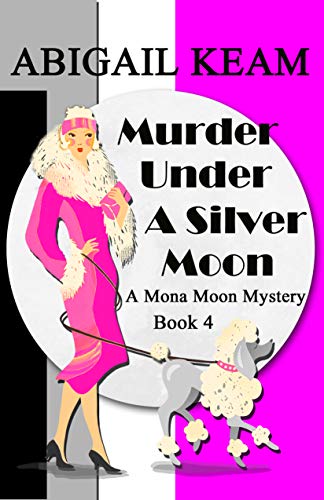 Madeline Mona Moon is not your typical young lady. She is a cartographer by trade, explorer by nature, and adventurer by heart. She has inherited a fortune from her uncle and is one of the richest women during the Depression. But there’s a problem. Miss Mona is bored. So she underwrites an expedition to find lost Native American silver mines in Eastern Kentucky. As a condition of underwriting the search, Mona gets to tag along, but soon discovers the expedition has a nefarious purpose. Mona finds herself lost in the Appalachian Mountains with only her wits to save her, but like the panthers roaming the mountain ridges, she is swift, silent, and deadly.
That’s how Mona does things in 1933.