Here is a list of some of the new releases for the week of February 16th, 2020. I am going to divide the list into 4 days because there are so very many of them for the week. Today is the third day of my list for this week. Hope you find some selections for your weekly reading. Enjoy and happy reading. 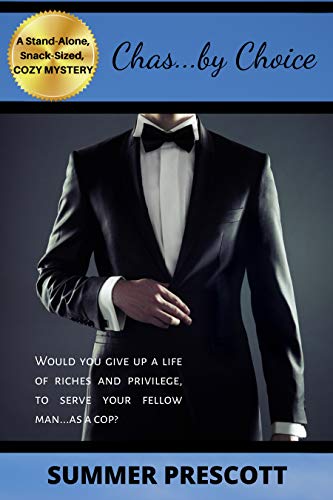 Everyone has a past.
Our experiences can make us stronger, or they can kill us.

Meet Detective Chas Beckett, a man who gave up a family fortune in order to serve his fellow man.
His parents disapproved. His fiancé dumped him.
He left the world of elegance and privilege in which he grew up, to tackle crime. Due to a set of dark circumstances beyond his control, he’s driven away from a job that he loves, and winds up in small-town Louisiana.
Disenchanted with life, the detective meets a spunky blonde cupcake shop owner, who fancies herself to be an amateur sleuth.
Melissa Gladstone turns his life upside-down in the best possible way, and the confirmed bachelor begins to question his life choices.
You’ll laugh, you’ll cry, you’ll solve the crimes alongside one of the best in the business, and you’ll discover the man behind the badge, in this sweet tale of a Cozy Mystery leading man.
This snack-sized Cozy Mystery can be gobbled up in no time, and leave you hungry for more!  (Amazon) 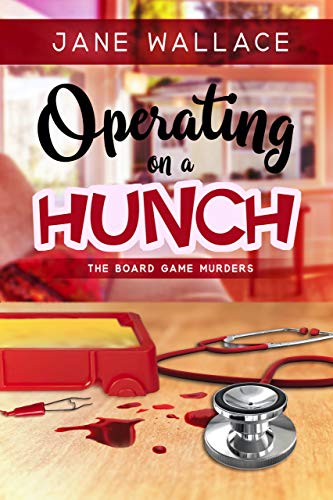 Lonnie’s B&B is booked solid this weekend as a local hospital hosts a staff appreciation event, so the women already knew the weekend would be stressful. But when one of the more frustrating doctors falls ill, and poison is suspected,  their internal warning buzzers start ringing. With suspects in almost every room, they’re going to have to pull out all their tricks, and board games, to get to the bottom of this newest mystery.

But with the help of Detective Kowalski and the determination of the triplets who aren’t about to let a bad guy threaten their family business, the killer better beware. Because this delicate game operation has life and death stakes.  (Amazon) 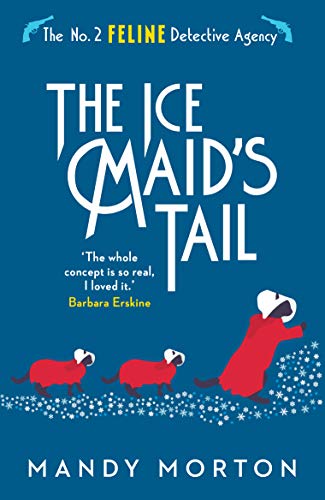 The town is gripped by a big freeze, and blizzard after blizzard has engulfed the feline community, leaving shops and businesses snowbound. Hettie Bagshot and her sidekick, Tilly Jenkins, have found sanctuary by their fireside but soon they are bucketed into a terrifying nightmare, called to investigate the disappearance of the town’s kittens as – one by one – they are taken in the snow.

Who are the strange cats living in Wither-Fork Woods?

Will the ancient prophecy of the Ice Maid’s Tail become a reality?

And can Hettie and Tilly defrost the fish fingers in time for tea?

Join them as they slip and slide their way through another frost-biting case for The No. 2 Feline Detective Agency.

What people are saying about The No. 2 Feline Detective Agency:

’This series is the perfect warm, fluffy cosy mystery read for fans of Agatha Crispy-style mysteries and cat-lovers alike.’

‘True escapism into a world of pies, cakes and cats while somehow smuggling a truer reflection of the real world than much human detective fiction.’

‘A deceptively nasty murder wrapped up in a cardigan, and served by the fire with tea and cake. A delight from beginning to end.’

‘The cat world’s answer to the cosy crime novel, with bags of charm and characters you don’t want to leave behind.’

‘I love this series and am waiting with a warmed pastry, a hot mug of something, and a crackling fire for the next in the series.’

‘Original and intriguing… a world without people which cat lovers will enter and enjoy.’ P. D. James

‘I loved it. The whole concept is just so “real”!’ Barbara Erskine

‘The world that Morton has created is irresistible.’ Publishers Weekly

‘Witty and smart. Prepare to be besotted.’ M.K. Graff

‘Mandy Morton’s series is both charming and whimsical.’ Barry Forshaw

‘Hettie Bagshot might be a new face at the scene of a crime, but already she could teach most fictional detectives a thing or two.’ The Hunts Post  (Amazon)

Placed on a medical leave of absence from her job as a special agent in the National Protection and Investigation Unit, Mikala Flynn is a woman on the edge―guilt-ridden, depressed, battling war wounds and personal demons. The world and the relationships as she knew them no longer exist. Now, the streets of New York, the bottle, and anonymous sex have become her solace.

In the midst of a fire escape bender, Flynn overhears her crazy-like-a-fox grandmother and her art-world cronies planning a daring theft of a valuable historical document. Eventually Flynn crashes the party and agrees to take on the heist herself. Along the way, Flynn runs into, both literally and figuratively, her now wheelchair-bound best friend, an alluring, mysterious thief who throws multiple wrenches into the works, and the ex-love of her life.

Can Flynn pull off the job without falling victim to vodka and lost love…and somehow begin to find herself again along the way?  (Amazon) 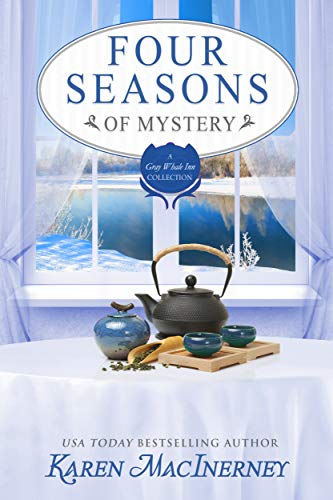 Experience all four seasons at the Gray Whale Inn!

You’ll savor each one of these cozy gems… and the recipes that go with them. Includes bonus recipes!  (Amazon) 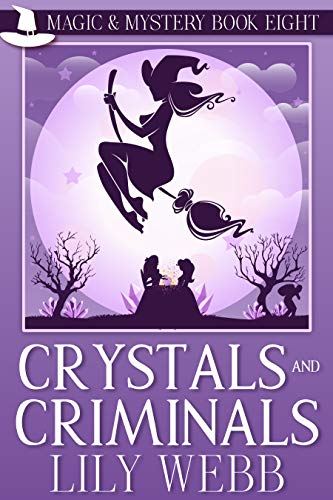 Head Witch Zoe Clarke has never believed in fate. She’s sure she’s gotten all she has through her own hard work and determination… until a traveling psychic sets up shop in Moon Grove and superstition sweeps everyone in town.

But when the seer accurately predicts the death of a prestigious client, Zoe snaps out of her spell and wonders if there’s more to the mysterious mystic than meets the eye.

From the psychic’s shadowy past to her parade of paranormal patrons, Zoe’s certain the soothsayer has something to hide — especially when her crystal ball goes missing and more of her clients meet unfortunate fates.

Will Zoe divine the identity of the culprit before they strike again? Or will this be her last case for the foreseeable future?

Crystals and Criminals is the eighth book in the Magic and Mystery series of witch cozy mysteries. If you like suspicious psychics, visionary vandals, and magical murder mysteries, then you’ll love this lighthearted eighth entry in Lily Webb’s spellbinding series. 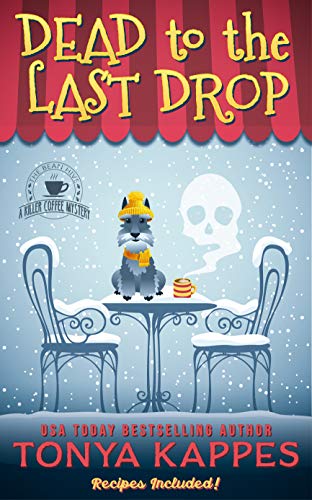 Maxine Bloom has always wanted to try her hand at acting and when Loretta Bebe is desperate for someone to fill a role in the local play she’s directing for the Honey Springs Theater Company, she asks Maxi to fill in and Roxy knows Aunt Maxi’s head will grow like the gossip.

Aunt Maxi leaps at the chance for big theatrical debut in the charming play about a posh ‘60’s fur salon and the owner trying to run an honest business while his charming, yet caddish partner, Mr. Browning, is just trying to give a fur coat to his new mistress.

When the woman playing the mistress turns up dead the play comes to a complete halt until Sheriff Spencer Shepard lets Loretta reopen after the crime scene is fully swept.

In the meantime rumors are swirling like the snowflakes in Honey Springs and Roxy finds that she just can’t stop from hearing the gossip and trying to figure out who killed the amateur actress..after all the show must go on!  (Amazon)