Here is a list of some of the new releases for the week of March 8th, 2020. I am going to divide the list into 4 days because there are so very many of them for the week. Today is the second day of my list for this week. Hope you find some selections for your weekly reading. Enjoy and happy reading. 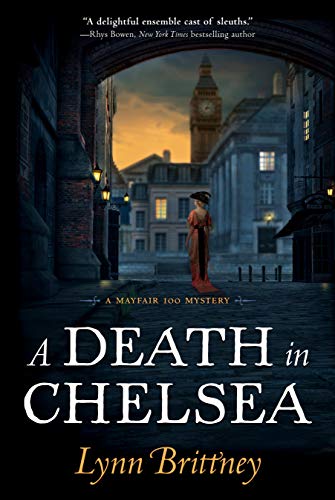 The intrepid women of Mayfair 100 are up against a deadly and elusive enemy–and the darkest secrets of Britain’s upper crust–in the second nail-biting installment of Lynn Brittney’s Mayfair 100 mysteries.

In the dark days of World War I, an aristocrat’s suspicious suicide propels a one-of-a-kind crime-fighting team into a sordid world of blackmail, betrayal, and tragic secrets.

When the phone rings at the Mayfair 100 exchange, the news is rarely good, and this time is no exception. The Duchess of Penhere’s daughter, notorious society gossip queen Lady Adeline Treborne, has been found dead in her room in what appears to be a suicide–but her family suspects foul play.

The secret Mayfair team of amateur female detectives has been restlessly awaiting their next case, and this will prove one of their thorniest. When Dr. Caroline Allardyce performs an autopsy, she is able to conclusively prove that the woman was murdered. Lady Treborne had made many enemies through her vicious gossip column, so there’s no shortage of suspects.

Supported by a cadre of professional police officers, the Mayfair women launch their investigation, but there’s much more to this case than meets the eye. As they venture into a world that lays bare London high life at its lowest, the team soon begins to comprehend the danger at hand–and how this tangled web of treachery could ensnare anyone who gets too close.  (Amazon) 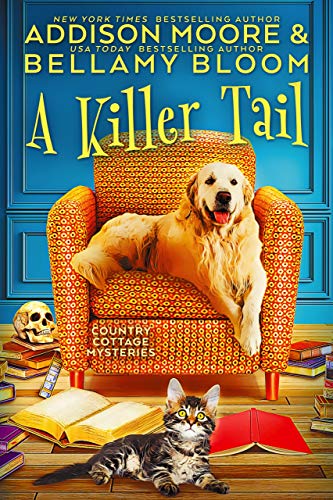 ***Includes RECIPE***
My name is Bizzy Baker, and I can read minds—not every mind, not every time but most of the time and believe me when I say it’s not all it’s cracked up to be.

The local bookshop in Cider Cove is hosting a murder mystery party and everyone in attendance is having a killer good time—right up until a body turns up. It doesn’t help that I just announced that I was the perpetrator. It doesn’t help that the entire town thinks I just might be the killer. I have to clear my good name—and most importantly, I need to track down the real killer before another homicide takes place, namely mine.

Bizzy Baker runs the Country Cottage Inn, has the ability to pry into the darkest recesses of both the human and animal mind, and has just stumbled upon a body. With the help of her kitten, Fish, a mutt named Sherlock Bones and an ornery yet dangerously good looking homicide detective, Bizzy is determined to find the killer. 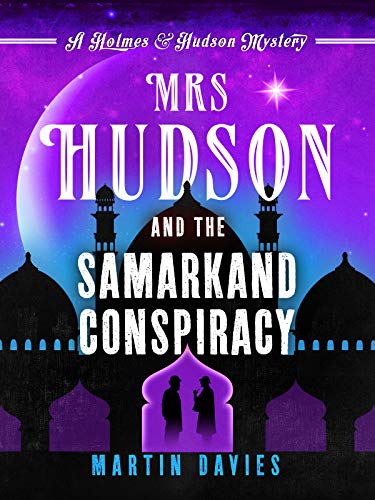 Mrs Hudson must step into action once more.

It’s summer in London, and things are quiet. But while Sherlock Holmes and Dr. Watson chafe at their inactivity, a train carrying a vital secret is entering a tunnel in an obscure region of the Balkans – never to be seen again.

The train is only the beginning. The missing message must be found and decoded, and a diplomat’s wife must be rescued from the clutches of a pernicious blackmailer.

The nation is in danger, and if a diplomatic scandal of disastrous proportions is to be avoided, Sherlock Holmes’ brilliance may not be enough… Mrs Hudson and Flottie her assistant will once again turn detective.

From the Richard & Judy-featured author of The Conjuror’s Bird, back by popular demand, the first new Holmes & Hudson novel for several years.  (Amazon) 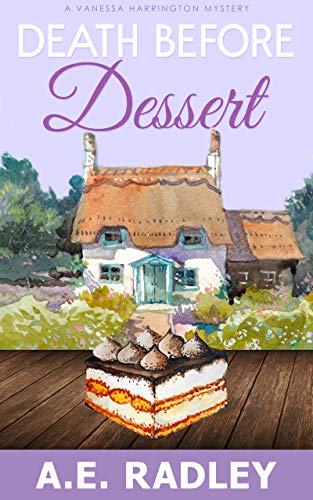 When she finds herself between jobs and out of her rented accommodation, Clara Harrington decides to take a break and stay with her beloved, yet eccentric aunt in the sleepy village of Picklemarsh, England.

Vanessa Harrington is an award-winning crime novelist with an impressive back catalogue. When it comes to crime, and murder, there’s not a lot that Vanessa doesn’t know.

Clara’s hope for peace and quiet is shattered when, on her first night at Chadwick Lodge, the local town councillor is murdered, falling face down into his dessert.

Finding herself in the middle of one of her books, Vanessa happily takes on the task of uncovering the murderer and drags Clara along with her.

Join the Harringtons as they investigate the murder, question suspects, and uncover that not all is as it seems in picturesque Picklemarsh.

This cozy mystery is brought to you by Lambda winning author A.E. Radley  (Amazon) 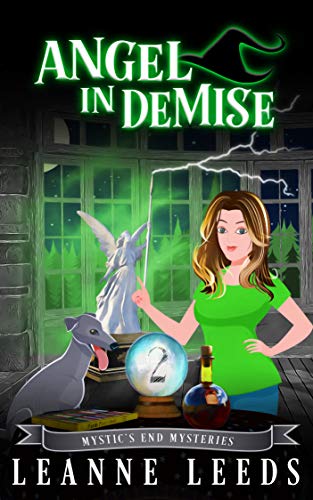 An electrocuted millionaire at a garden party.
One witch under suspicion.
Can Fortuna Delphi clear her name before they shut her art gallery down?

Fortuna Delphi’s starting to feel like a part of Mystic’s End. Sure, she still doesn’t know who she’s related to, the town’s two most eligible bachelors won’t stop dropping by, and the town clergy seems to think she’s the spawn of Satan—but at least millionaires Hubert and Della Maddox adored the angel statue she created for their patio. They even made it’s unveiling the climax of their once a year Spring Fling garden party.

But when the statue zaps millionaire Hubert Maddox lifeless in front of his guests, the town’s rich and powerful turn toward the artisan witch with suspicion.

After the county rules the death accidental and threatens to yank her art studio’s occupancy permit for negligence, Reporter Pepper Stanford believes that Fortuna is being framed to take the fall for a covered up murder—and Fortuna’s not sure that Pepper’s mistaken.

Will Fortuna be able to find out who brought about the electrifying end to Hubert Maddox and why? Or is Fortuna’s new life in Mystic’s End toast? 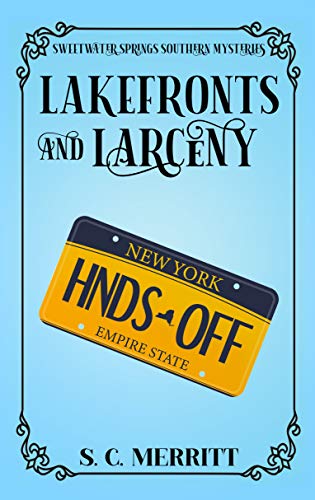 What in the wide, wide world was Glory Harper thinking? How did she get herself into this mess? Not only does she have her hands full with the grand opening of her daughter’s coffee shop, she goes and gets herself roped into heading up the local ladies’ club charity auction.
As if that wasn’t enough, things really begin to get ugly when local property owners hear of a lakefront condo project that could threaten their posh lifestyle at the exclusive end of the lake. The rumor of an investor from up north with questionable “family ties” sends the town into a frenzy.
When the investor is found dead and her daughter’s boyfriend, Tony lands at the top of the suspect list, she knows she has to find a way to add one more thing to her plate. She agrees to do a little investigating, but the deeper she digs, the worse it looks for the Tony.
Can she save her daughter’s happily ever after and uncover the real killer before Tony gets fitted for a new pair of cement shoes?  (Amazon) 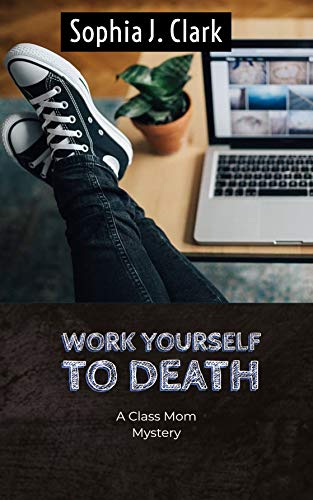 Meredith Knight is back, but she’s staying away from school functions (at least for now). Instead, she’s decided to re-join the working world. Armed with a stellar pair of shoes, she feels confident and ready. Until she stumbles across another body. Why does this keep happening?
Should she should dive in to solving another crime, or let her big brother Ben handle this one on his own. Either way, she’s going to need a lot of support. The big question is, where will she find it?  (Amazon) 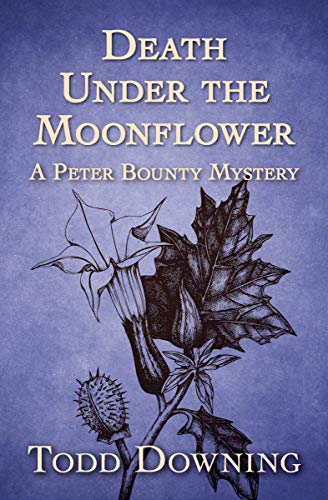 A blood donor is murdered and a Texas lawman must figure out who has blood on their hands . . . “You won’t go wrong in giving Todd Downing a try”(Michael Dirda, The Washington Post).

A rare type of blood is needed for a rich man’s nephew in a Texas town—but donating seems to be a death sentence. Who would kill goodhearted souls who are trying to save a life?

Peter Bounty, the idealistic, cat-loving sheriff, is determined to find out. But he’s about to step into a maze involving a strange doctor who’s been shunned by the locals, plus politics, potential grudges, and questions of inheritance rights, in this 1930s mystery.  (Amazon) 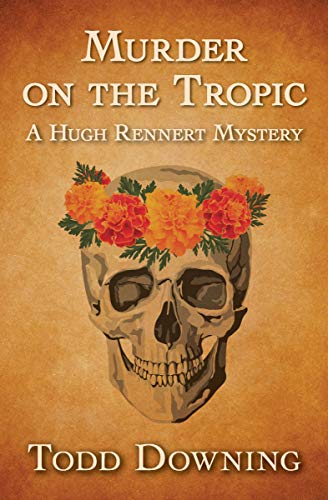 An American customs agent looks into a murder in Mexico as a hurricane bears down on the tropical landscape in this “first-rate” mystery (Kirkus Reviews).

US Customs Service agent and amateur sleuth Hugh Rennert has been invited to Hacienda Flores, an isolated mountain retreat in Mexico. A consortium of Texas investors with an interest in the place have asked him to investigate a murder that could be bad for business . . .

But confronting a killer isn’t the only danger Rennert faces as an epic storm approaches in this mystery filled with twists and turns that, according to the New York Times Book Review, are “guaranteed to keep the reader interested and greatly puzzled.”  (Amazon) 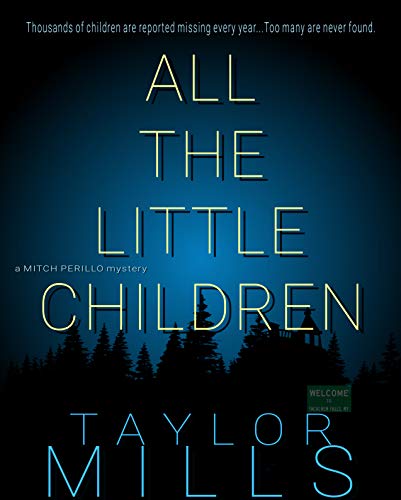 Your child was abducted in broad daylight. Vanished without a trace. What do you do?

That is the question plaguing five tormented families in the sleepy town of Tacachem Falls, NY where one child goes missing every December 15th. When 8-year-old Isabella de Luca goes missing, Manhattan attorney, Mitch Perillo accompanies his best friend, and Isabella’s uncle Vinnie Lombardi, to his hometown to help his Italian immigrant family with the search. Together they uncover the tragic and sordid history still haunting the secluded town.
As family deceptions come to light and accusations of guilt are directed every which way, the two men find themselves dangerously close to the shocking truth.

Inspired by several real-life missing persons cases, All the Little Children delves into the failures of small town investigations and the effects of ambiguous grief on the families of the missing. Part mystery, part domestic thriller with a dash of family saga, this is a highly-charged, emotional, and witty thrill ride to the end!  (Amazon) 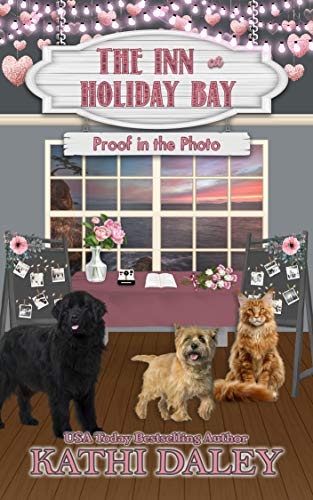 In book 9 in the series, a newly engaged couple rents out the entire inn for their engagement party. As part of their ‘making memories’ theme they asks guests to take photos and share them with the group. Everyone is having a wonderful time until one of the guests turns up dead.  (Amazon)