Here is a list of some of the new releases for the week of March 15th, 2020. I am going to divide the list into 4 days because there are so very many of them for the week. Today is the first day of my list for this week. Hope you find some selections for your weekly reading. Enjoy and happy reading. 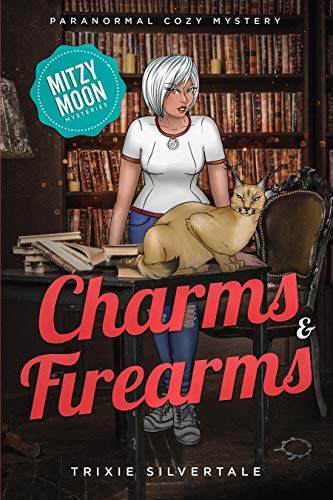 A weekend getaway. A charming present. Will this psychic sleuth find a suitor on the slopes?

Mitzy Moon plans to take a break from snooping and learn to ski. And after receiving a mysterious gift from her travel companion she feels light as a feather. But her heart goes stiff as a board when she faceplants into a corpse.

Racing back to the bookshop to consult her otherworldly helpers, Mitzy is horrified to discover her meddling Ghost-ma is missing. Her spoiled feline seems to ignore her pleas and her alchemist attorney isn’t answering either. She can’t decide if she’s lost her powers or her mind…

Can Mitzy solve a murder without her extra sensory perceptions, or will one misstep put her in the killer’s crosshairs?

Charms and Firearms is the fifth book in the hilarious paranormal cozy mystery series, Mitzy Moon Mysteries. If you like snarky heroines, supernatural intrigue, and a dash of romance, then you’ll love Trixie Silvertale’s twisty whodunits.

Buy Charms and Firearms to load a mystery in the chamber today!  (Amazon) 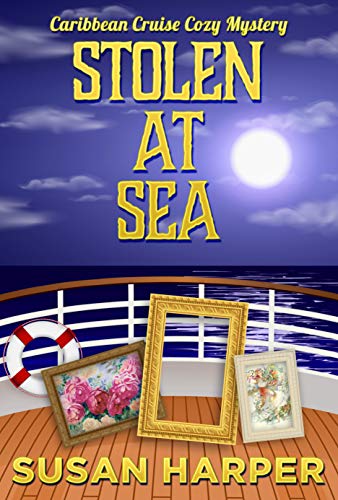 A painting with a secret message, a heated auction, and a dead body. Just another vacation on the Caribbean Honey.

Hope is coming to terms with not being promoted. Well, at least a little bit. When an auction for a priceless painting turns contentious, Felix must step in. But at what cost? When another dead body is found, things go from bad to worse. Can Hope and her friends catch another killer and find the hidden message in a dead artist’s last masterpiece?

Download Stolen at Sea and start solving your next mystery today! 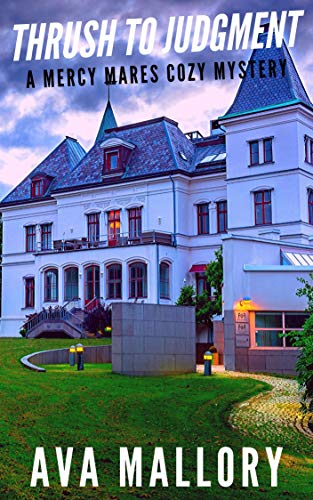 Veteran nurse Mercedes “Mercy” Mares didn’t ask for a change in plans, but after the hospital lays her off, she’s forced into it. Lucky for her, she has friends in high places.

When her best friend offers her a job at her new traveling nurse agency, Mercy jumps at the chance to see the world and meet new people. Unfortunately, her first assignment is anything but something to write home about.

The patient is an eccentric billionaire with about as much charisma as a fruit fly and a few too many quirks for her taste. Throw in his family, employees, and a cesspool of greedy associates, and this assignment is a disaster.

When one of them is found facedown in the Olympic pool, a few hours after a not-so-friendly exchange with Mercy, her visions of living the high life and escaping to exotic locations are dashed. If she doesn’t find the killer quick, she just may earn an all-expense paid trip to the slammer.

Find out how quickly Mercy’s life changes when she least expects it in the humorous cozy mystery prequel to the 12-book Mercy Mares Mystery Series!  (Amazon) 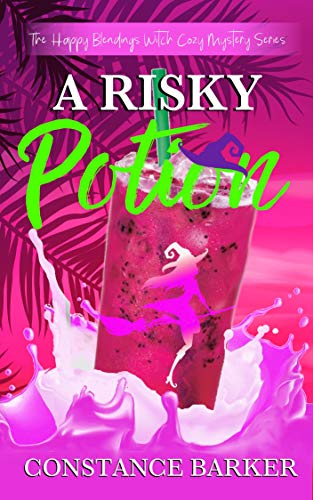 An Itch that Can’t be Soothed, a Portal to be Opened and a Strange Death

Sam is plagued by an itch that won’t go away. However, it only hits her at certain times. Is the itch related to dark forces that tend to appear outside her home?

The twin detective’s vampire mother has arrived in town. Seems she knows the old vampire living in the Windemere Mansion. Are they plotting something or are they foes?

Phineas needs to open a portal to another world. Can he count on the coven to help? Or will someone try to stop him? 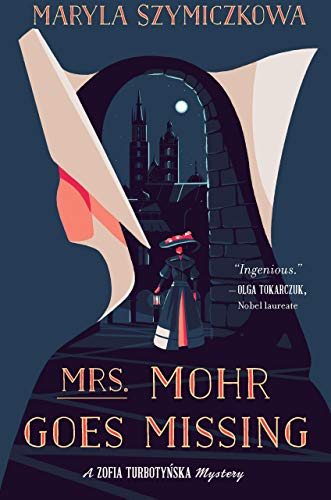 Vigàta is bustling as the new filming location for a Swedish television series set in 1950. In the production frenzy, the director asks the locals to track down movies and vintage photos to faithfully recreate the air of Vigata in that time. Engineer Ernesto Sabatello, while rummaging in the attic of his house, finds some films shot by his father from 1958 to 1963, always on the same day, March 27 and always the same shot; the outside wall of a country house. Montalbano hears the story, and intrigued by the mystery of it, begins to investigate its meaning. Meanwhile, a middle school is threatened by a group of armed men, and a closer look at the situation finds Montalbano looking into the students themselves and finally delving into the world of social media.  (Amazon) 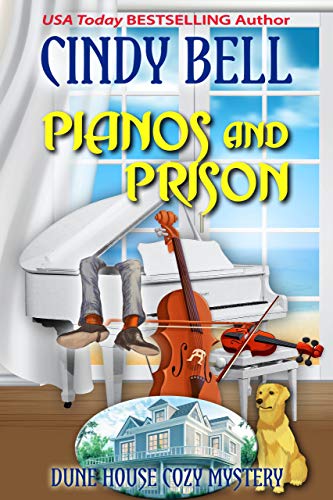 Best friends Suzie and Mary, and their lovable yellow Labrador, Pilot, are enjoying hosting their guests at Dune House, their majestic B&B on the beach. The small town of Garber is filled with excitement because a well-known pianist has just moved into town and she is hosting a small concert for the locals.

But someone is murdered before the first note can even be played. It is a mystery who the victim is, but when his identity is revealed the case only gets more puzzling. When someone threatens Suzie and Mary to try and get them to stay out of the investigation, they become even more determined to help find the murderer as quickly as possible, so their lives are no longer at risk and the B&B can return to business as usual.

Will Suzie and Mary reveal the key to this perplexing murder and help find the murderer before they disappear. 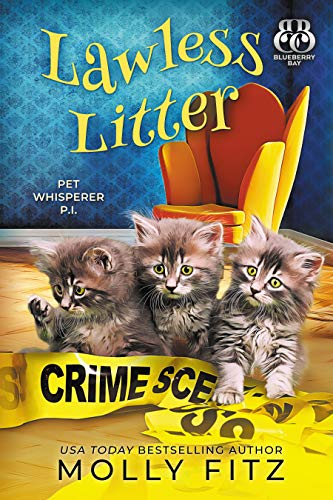 It’s kittens for Octo-Cat when an orphaned litter shows up at our doorstep. And although the needy litter may be cute, the deadly mystery they bring with them is anything but.

Charles has been hinting at a big surprise he’s planned for our first Valentine’s Day together, but the arrival of the kittens quickly changes everything. Now he’s helping me figure out who put the babies on my porch and why their paws are covered in blood.

Meanwhile Octo-Cat is left to play babysitter to the unruly brood while we investigate, and he’s none too happy about it.

Right, so all we have to do is keep the kittens safe, solve their mystery, find forever homes for them, and try to find a way to salvage Valentine’s Day. That shouldn’t be too impossible…  (Amazon) 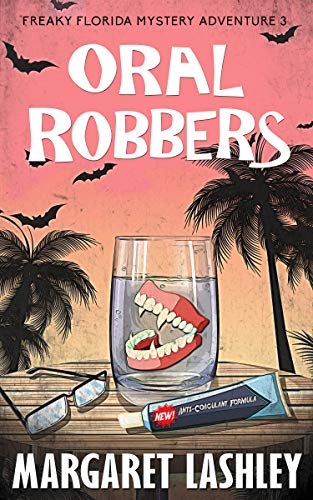 Florida. Where Weird goes to Die.

What better place than the Sunshine State for dark souls to live out their golden years? After all, who would notice?

Uh … Bobbie and Grayson, of course.

As a rogue physicist turned conspiracy chaser, Grayson’s motto is, “Have sentience, will travel.” As a broke, private-eye wannabe, Bobbie doesn’t have much choice but to follow his sketchy command.

But every road Grayson travels down leads to the bizarre, the unexplained, and taco-induced heartburn.

It’s hard to decide which is scarier.

But decide, Bobbie must. And before sundown, too. Because in the freaky parts of Florida she now investigates with Grayson, nothing is ever quite exactly as it seems ….

The weirdness of The X-Files and the unwashed insanity of My Name is Earl collide to form this deliciously snarky, totally abnormal mystery series. New from the author of the best-selling Val Fremden Mystery Series! 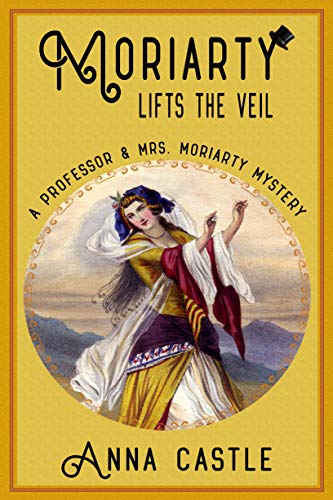 It began as a harmless wager. Who could solve their case first?

Professor and Mrs. Moriarty have a few weeks to kill before their theater opens. Happily, two small cases drop in their respective laps. Moriarty has what looks like a scheme to swindle Army veterans out of their discharge pay. Angelina must find a missing servant by winkling her way into a circle of officers’ wives. Neither case seems terribly challenging; just enough to provide an agreeable competition.

But as soon as they start asking questions, things take an ugly turn. Moriarty discovers an army barracks riddled with corruption. Angelina uncovers a terrible secret at the heart of the circle of officers and wives. When Sherlock Holmes returns from a mission in India, he confirms her worst fears. Then a man is murdered, and a good friend is blamed. Scotland Yard sends Holmes to catch their suspect. The Moriartys must use all their courage and ingenuity to rescue their friend, stop a series of loathsome crimes, and put a cold killer behind bars.  (Amazon) 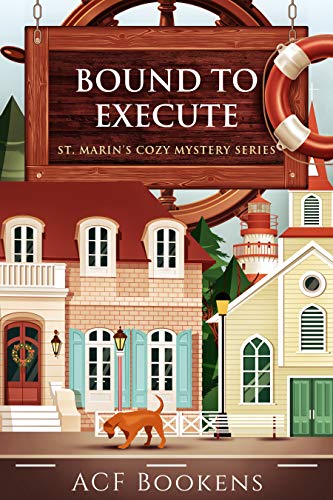 Thousands of dollars missing. The bank manager dead. An artist to blame?

In the perfect days of early May, bookshop owner Harvey Beckett is looking forward to evenings of walking Mayhem, reading in the before bed, and maybe even enjoying a snuggle with her favorite mechanic.

But a meandering dog walk pushes pause on those plans when she and Mayhem stumble upon the body of the much-detested local bank manager. It doesn’t take long before Harvey and her friends in the waterside town of St. Marin’s are wrapped up in the investigation, and what they discover chills them to the bone.

This book is the third title in the St. Marin’s Cozy Mystery Series by ACF Bookens.  (Amazon) 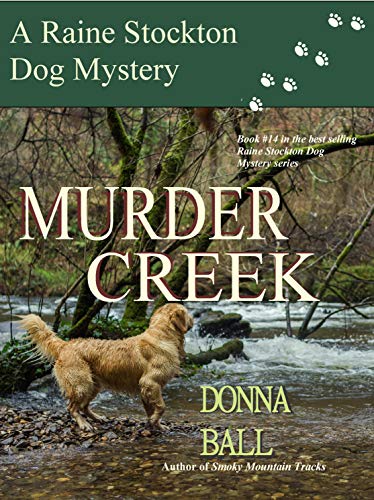 Raine Stockton knows dogs, not kids. Nonetheless, she is supremely confident in her ability to take care of her fiancé’s ten year old daughter, Melanie, for a week while he is out of town. After all, how hard could it be?

But things get complicated when Raine and her golden retriever, Cisco, rescue a dog who is locked in a hot car in a remote Smoky Mountain park… and subsequently discover the owner of that car drowned in the creek only a few dozen yards away. Was it an accident, or was it murder?

Raine is certain that she recognizes the abandoned dog from her puppy training class six years ago. Mere months later, the dog, along with his three-year-old owner, disappeared from the child’s bedroom during the night and were never seen again. Now the dog is back, and Raine is convinced his reappearance might hold the key to the truth about the missing child. The problem is that no one believes her.

While Raine tries to unravel the mystery of the abandoned dog’s past—and a six-year-old missing child case—her ex-husband, criminal investigator Buck Lawson, opens an investigation into the death of the man in whose car the dog was found. He soon finds himself involved in another cold case, one that leads him from an apparent serial killer in Florida to a murder in his own hometown.

The one thing that ties the two cases together is the dog whose shadowy history opens the door to questions better left unasked, and whose answers may prove to be deadly. But when lives are in danger, it is up to Raine and Cisco to track down the truth, even though it means risking someone she loves.  (Amazon)