Here is a list of some of the new releases for the week of March 22nd, 2020. I am going to divide the list into 4 days because there are so very many of them for the week. Today is the first day of my list for this week. Hope you find some selections for your weekly reading. Enjoy and happy reading. 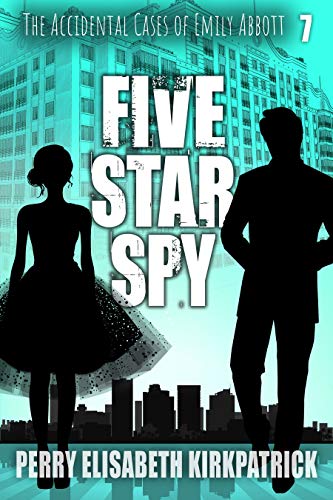 Brent Peterson is back in town after chasing operatives of the group known as The 10,000– and he’s much worse for wear.

Emily is delighted to see him, but she’s worried: Agent Nighthawk never fails at a mission, but if she doesn’t help him he just might fail this one and let a mysterious 10,000 criminal slip through his fingers.

Not to mention worsen the barely-healed gunshot wound in his shoulder..  (Amazon) 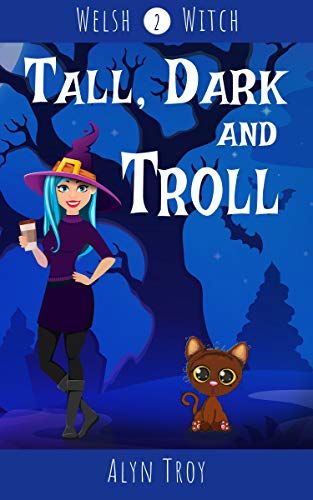 She takes her java black and her killers convicted. But can she unmask a murderer before she’s ground to pieces?

Witchy barista April Storm is fighting to get her new coffee roaster up to snuff while keeping her quaint Welsh community’s magic under wraps. So when two hikers stumble upon a corpse, she races in with her supernatural abilities to bring things to a swift close. But she’s certain trouble is percolating in her precious pixie town when the body and its spirit suddenly go up in steam.

With the Fae Queen’s top official expected for a visit, April’s under high pressure to wrap the case up quickly and preserve the town’s reputation. But with her foe always one sip ahead, she’ll need help from her sarcastic feline familiar, spy-assassin bestie, and ex-boyfriend’s ghost to brew up an industrial-strength solution.

Can April serve up a hot cup of justice before she becomes the next item on the killer’s menu?

Tall, Dark and Troll is the second book in the charming Welsh Witch cozy mystery series. If you like demonic double-crosses, secretly magical towns, and heroines with a ragtag group of allies, then you’ll love Alyn Troy’s quirky tale.

Buy Tall, Dark and Troll for an extra shot of thrills today!  (Amazon) 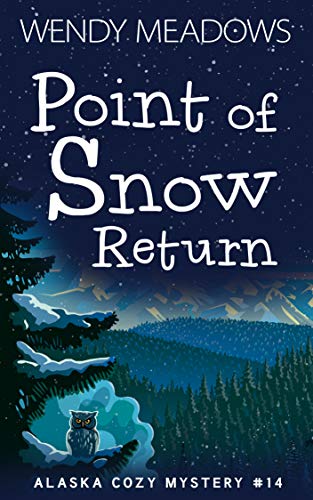 After Sarah returns home from solving a dangerous homicide case in Michigan, she receives a call from a nurse claiming to work for Dr. Wester, a fertility specialist Sarah has been seeing. The nurse explains that Dr. Wester wants to make an appointment to see Sarah about a new treatment plan. Excited at the prospect of finally becoming pregnant, Sarah happily agrees to the appointment. But when Dr. Wester turns up dead and the nurse who contacted Sarah turns out to be a vicious killer, Sarah is thrust in a dark and deep nightmare.
Caught in a terrible winter storm, Sarah and the killer are both separated from each other and forced to wait out the storm. While the wait wears on, Sarah develops a risky plan after a cop friend in Los Angeles makes a vital discovery. Sarah hopes her plan will capture the killer while killing the snowman that has been haunting her heart and dreams—a haunting snowman that came to life while Sarah worked on her very first homicide case years back.
When the storm ends, Sarah leaves for Los Angeles and sets trap for the killer—without knowing the killer has learned her deepest fear. Will Sarah capture a woman determined to kill her, or will she outwit her own fear, capture a killer, and finally become pregnant?  (Amazon) 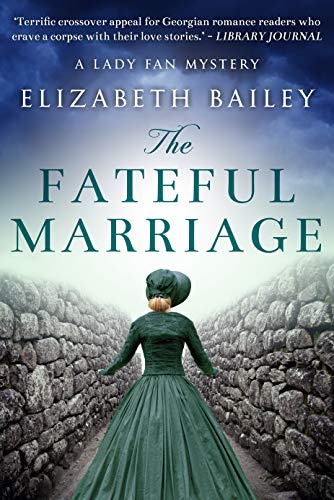 Lady Ottilia and Lord Francis Fanshawe are holidaying in Tunbridge Wells when they stumble across the scene of a horrific accident.

While visiting the High Rocks, a local tourist spot, a young woman falls to her death from the top of the climb.

It soon becomes clear that the woman is linked to the infamous Dowager Viscountess Lady Wem – an indomitable matriarch visiting Tunbridge with her extended family.

The young woman was at the centre of a scandal – Lady Wem’s grandson, Daniel, eloped with her three years prior.

As Lady Fan is introduced to the family her suspicions are aroused.

Was the fall a devastating mishap? Or could the woman have been pushed?

THE FATEFUL MARRIAGE is the sixth book in the Lady Fan Mystery series: historical romance murder mysteries with a courageous women sleuth embarking on a traditional British, private investigation in eighteenth-century London.

‘Ottilia is a strong, intelligent character with a real enthusiasm for detective work’ – She Reads Novels

‘They have everything you love in romances, plus continuing characters you can really come to love, and murders as well! Her heroine sleuth, Ottilia, is a fantastic character.’ – Historical Romance UK 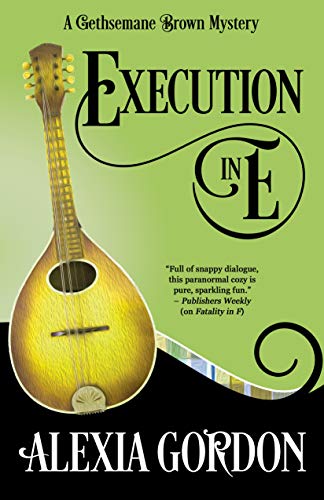 Romance is in the air. Or on the ’Gram, anyway.

When an influencer-turned-bridezilla shows up at the lighthouse to capture Insta-perfect wedding photos designed to entice sponsors to fund her lavish wedding, Gethsemane has her hands full trying to keep Eamon from blasting the entire wedding party over the edge of the cliff.

Wedding bells become funeral bells when members of the bride’s entourage start turning up dead. Frankie’s girlfriend, Verna, is pegged as maid-of-honor on the suspect list when the Garda discover the not-so-dearly departed groom was her ex and Gethsemane catches her standing over a body.

Gethsemane uncovers devilish dealings as she fights to clear Verna, for Frankie’s sake. Will she find the killer in time to save Frankie from another heartbreak? Or will the photos in her social media feed be post-mortem?

EXECUTION IN E by Alexia Gordon | A Henery Press Mystery. If you like one, you’ll probably like them all.  (Amazon) 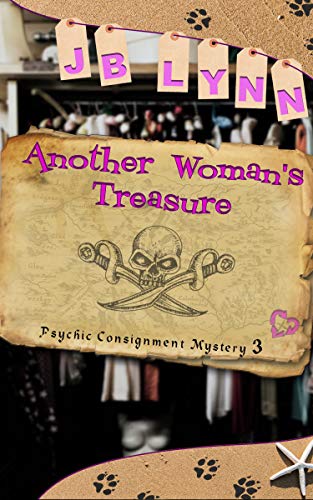 The psychic powers of the Concordia sisters are increasing, but so is the body count…

(You’d think this was Cabot Cove or Midsomer instead of Sarasota, FL.)

Amanda and her sisters are on the hunt for a treasure buried by their godmother, Letty.

A moody ghost, their quirky fellow shop owners, and an overworked police detective all play a part in them unraveling the mysteries of Letty’s life and untimely death.

But can Amanda keep her family safe as they barrel, like a bull in a consignment shop, toward a showdown with the person responsible for Letty’s murder?  (Amazon) 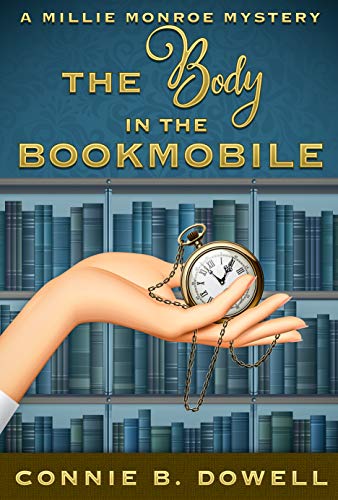 Millie, a law school dropout, thinks she’s landed a soft gig driving a bookmobile around the sleepy small towns of a mountainous Virginia county. But her first day on the job she finds a retired librarian dead in her van.

As the investigation continues and more bodies appear, the small town squabbles over things like an outdoor adventurer club or the proposed cell towers don’t seem so innocent anymore. And the cops keep sniffing around the library. Could Millie’s new friends and colleagues really be involved?

Surely not. There’s no one more wholesome than librarians. 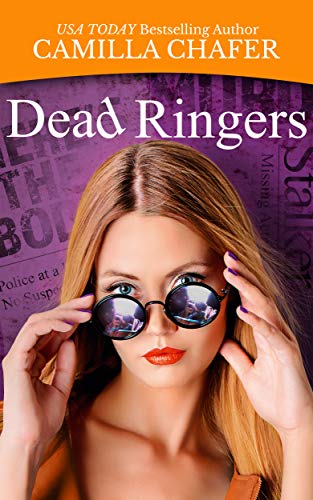 From the bestselling world of the Lexi Graves Mysteries…

When obituaries and entertainment reporter, Shayne Winter overhears a passing comment about a vanished woman, her interest is immediately piqued. But in Los Angeles, one more missing person doesn’t qualify as a story. After all, she’s told, disillusioned young starlets frequently have their Hollywood dreams shattered.

When one missing woman becomes two and some more digging reveals several more, Shayne knows she stumbled onto a possible serial killer stalking the city. Connecting the dots that link the missing women, Shayne notices a chilling trend. All the girls resemble her new friend, supermodel-turned-actress Daisy Casta. Suspecting the killer’s obsession might mean Daisy is his true target, Shayne’s investigation unravels the chilling side to the star-studded city.

Shayne hopes she’s on her way to getting her next headline… but it might cost her everything.  (Amazon) 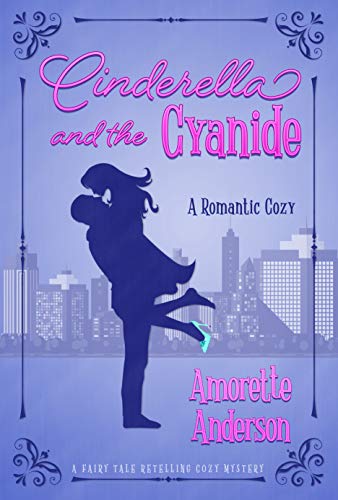 To do: Scrub the floor, sew a dress, and solve a murder!

Cinda is a journalist with a crafty side hustle — sewing dresses and selling them online. Despite her good work ethic, she’s barely making ends meet. So when an opportunity to pick up a little extra work at a new hotel in town pops up, she can’t say no!

A body turns up in the hotel kitchen, and Cinda realizes she’s the only one with a key piece of information about the case. It’s up to her to find the killer before anyone, including a handsome prince, gets hurt.  (Amazon) 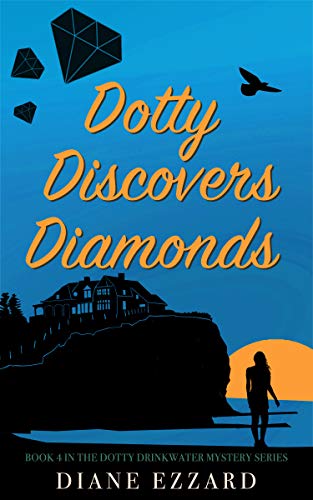 Joy and happiness turn to panic and despair when a body is discovered at a lavish birthday party.
Can Dotty unravel the trail of lies and deceit and find out the killer’s identity?
Cousin Gillian has invited Dotty and her friends to her 40th birthday bash. The girls are all excited about attending the lavish affair until Gillian’s expensive diamonds go missing. Other worrying incidents occur and events turn even more sinister when a body is discovered under suspicious circumstances.
Dotty begins to unravel some shocking revelations. The more she digs, the more she uncovers a web of lies. Can she discover the truth before it’s too late?
This is Book 4 in the Dotty Drinkwater Mystery series but can be read as a standalone.
Another fun cozy mystery to whet your appetite with its recipe of red herrings and twists and turns.  (Amazon) 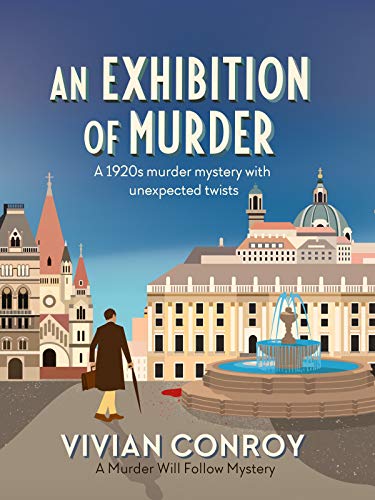 Former Scotland Yard investigator Jasper is back on the case, this time in the glamorous and cultured city of Vienna.

The opening of an archaeological exhibition brings with it intrigue and evil as a fabled cursed golden death mask lives up to its dark past and death strikes at the exhibition. While digging up pieces of history, these archaeologists have also been burying secrets – deadly ones – and it’s up to Jasper to uncover the truth before the murderer strikes again.

With a nosy journalist desperate to breathe life into the rumour that the mask brings bad luck to anyone possessing it, and the police eager to blame a famous cat burglar who recently pulled off a string of daring robberies, Jasper is on his own in bringing the true culprit to light.

Fans of Agatha Christie and Robert Thorogood will love this fourth book in the Murder Will Follow series.  (Anazon) 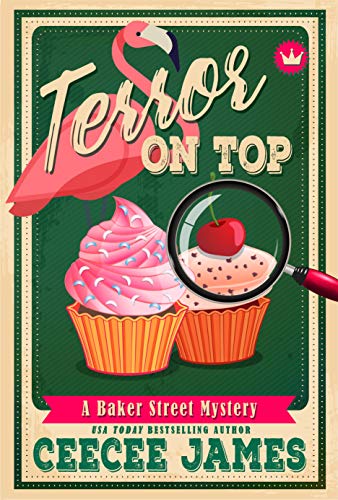 A Flamingo Cozy and Baker Street Mystery partnership. Stella O’Neil and Georgie Tanner are on the case.
Free recipes!

When Georgie agrees to help her friend Stella O’Neil clean up a house she’s listing, neither of them are prepared for the dead body that tumbles out of a closet. Stella suspects it’s the house’s previous owner but is shocked to see it’s the man who hired her, the bank representative.

As Georgie and Stella dig for answers, they find that everyone involved in the prior sale of the house is now dead… and they could be next.

But Georgie can’t walk away from this mystery. The secrets that unfold shake her to her core as they involve her fiancé who died years ago. How does this derelict house connect to her life? What else will she find out… and does she even want to know?  (Amazon)