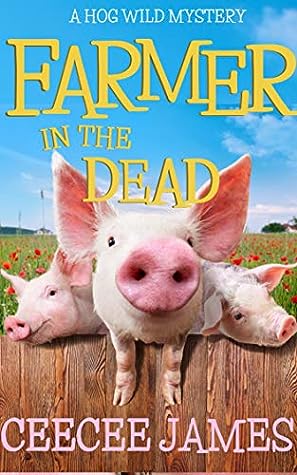 Trouble seems to follow Chelsea like baby ducks follow their mama. This time around, Chelsea’s best friend Tilly has been accused of murdering her ex-boyfriend, Adam. When Adam’s fiancé points the finger at Tilly, the police dig up a secret motivation that make things look really bad for Tilly.. and she has no alibi.

There has to be a way to clear her friend, but Chelsea is running out of ideas.

Meanwhile, Chelsea is chasing her own demons as a mystery surrounding her family comes to light. The more she learns about her past, the less sure she is of the future. Has everything in her life been a lie? (Goodreads)

The writing style flows smoothly and it defines the characters very clearly by their actions and words. The author is very talented in her descriptive writing and these descriptions pulled me into the story from the very beginning.

The characters are well rounded and well developed. I really enjoyed spending time with Chelsea, Tilly and Emma. It has not gotten much easier for Chelsea to help keep the farm going, but at least she now has Tilly to help her. When Tilly is a person of interest in in the murder of her ex-boyfriend, Chelsea will do whatever it takes to prove her friend’s innoncene.

There are a couple of mysteries found within this book. The first is who killed Tilly’s ex-boyfriend and the other is Chelsea’s memory of her childhood. She will be forced to face facts that she never thought she would be facing. There were enough clues to sift through and suspects to consider in the murder and it was not easily solved.

I would highly recommend this book to anyone who enjoys a well crafted cozy mystery. I am already looking forward to the next book in the series.