Here is a list of some of the new releases for the week of June 7th, 2020. I am going to divide the list into 3 days because there are so very many of them for the week. Today is the second day of my list for this week. Hope you find some selections for your weekly reading. Enjoy and happy reading. 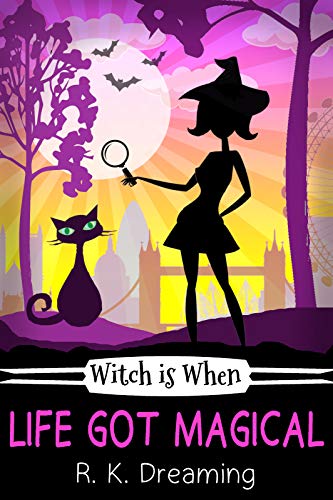 Witch Cecily Plum’s idyllic weekend getaway to a fabulous mansion in magical Brimstone Bay goes awry when a fellow house-guest is murdered. The problem is Cecily’s beloved grandmother is the only witness to the crime, but didn’t see enough to identify the culprit. Now they’re trapped in the house with a clever killer.

To make matters worse, Cecily’s number one suspect has convinced the other guests that the victim has only run away. Cecily is outraged when the corrupt local police refuse to investigate, and is determined to catch the culprit herself. But in this convoluted crime, the killer is always one step ahead, and nothing is as it seems.

With her grandmother’s life in danger, can Cecily solve her most complicated case yet before the killer claims another life?

Read it today and join Cecily as she parties in Brimstone Bay and unlocks the murder mystery weekend adventure of her life-time!

Can be read as a stand-alone mystery story or enjoyed as part of the series.

1. Witch Is How To Find Your Magic

2. Witch Is When She Went Undercover

3. Witch Is How She Saved A Life

4. Witch Is When Life Got Magical  (Amazon) 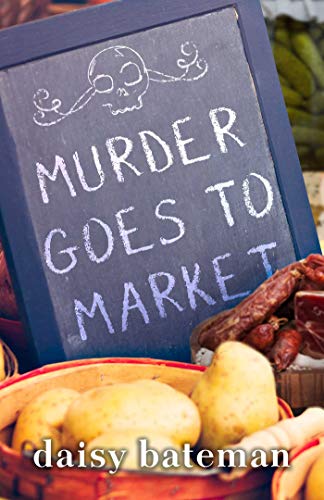 If you had asked computer programmer Claudia Simcoe what she expected to come of her leaving San Francisco for the California coast to open a farm-to-table marketplace, “assembles a mismatched team to investigate a murder” would not have been her first guess.

Lori Roth is one of the tenants of the market, or she had been until Claudia learned that the hands making her “hand-dyed” textiles belong to overseas factory workers. Claudia terminates Lori’s lease, but her hopes that this will be the last she sees of her problem tenant are dashed when she arrives at the marketplace the next morning to find Lori dead, hit over the head with a jar of pickles and strangled with a cheese wire.

The police chief thinks Claudia looks like an easy pick to be the killer, and he closes the marketplace to put the pressure on her. So, Claudia has no choice but to solve the mystery herself. Relying on the tech skills from her previous life and some help from her quirky new friends, Claudia races to save her business and herself before the killer adds her to the region’s local, artisanal murders.  (Amazon) 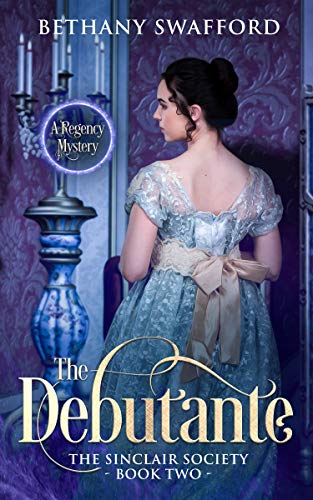 An Unfit Maid
A Spoiled Daughter
An Interested Master
And a Mysterious Murder
Though Juliet Sinclair doesn’t belong with the lower class, she tries to fit in their quarters to reveal the secrets of her brother’s death. While she battles through her days working for the only and spoilt daughter of the Dunbars, she also needs to stay away from the oldest son who shows a bit too much interest in her. Will Juliet be able to last long enough in the house? Will she discover the secret behind her brother’s cold murder? And what other twists does her journey
hold?

Walk along Juliet and her unforgiving adventures, through the pages of “The Debutante”.  (Amazon) 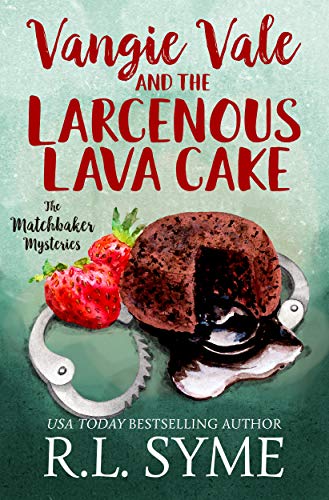 I never thought Edward would come back…

When the court case against my ex was finished, I thought we were finished, too. But it turns out, it was only the beginning. 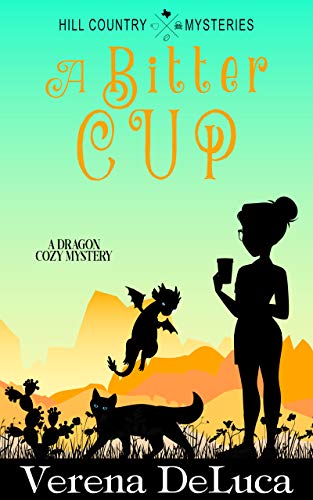 Hailey Morton and dragon companion Azure, are adjusting to their new bonded state. The protector, protectee, relationship is a fiery one.

With both having a default language of sarcasm, they are two snarks in a sack.

Just when Hailey thought she had the Aconite Cafe under control, one of her regulars went and got himself poisoned with his morning coffee.

Now the sheriff is investigating them, and Hailey and Azure must find the true culprit. Only issue is, the whole town had motive to poison the old man.

How will Hailey and Azure save their hides from roasting? 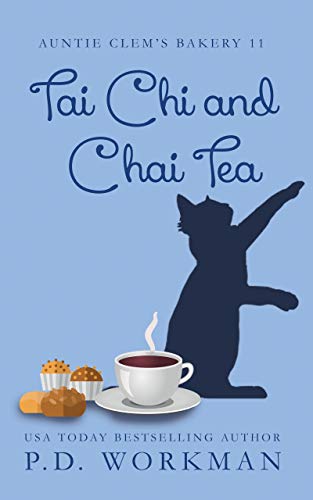 It is Thanksgiving in Bald Eagle Falls and the smells of spicy new offerings waft from Auntie Clem’s Bakery.

Mary Lou is delighted to have Campbell home for Thanksgiving dinner, but less than thrilled with his companion. Before they can get to the bakery-fresh desserts, they are joined by an uninvited guest, the kind that comes with a warrant.

You would think things couldn’t get much worse, but the appearance of a dead body raises the stakes even more.

Erin needs to do some pretty fancy contortions if she is going to figure out how to get Campbell out of this one. 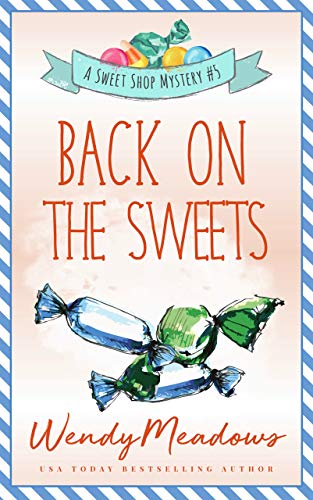 Mysteries are swirling like the autumn wind. Is Margaret up to the challenge this time?

As Thanksgiving approaches, Margaret finds herself hip-deep in another case.

Mr. Stewart, the resident dog groomer, is found dead. He was a cranky old man, but who would use that as a reason for murder?

Margaret must find the answer to this question and more: What is her son, Zach, up to? Should she rekindle her romance with Detective David Graham? Is she truly happy with who she is?

Previously published as Meringue and Murder. This version has been completely rewritten.

This cozy mystery is a clean read: no graphic violence, sex, or strong language. It can be read in one to two hours. It is perfect for those moments when you are waiting at an appointment or want to enjoy a quick read.  (Amazon) 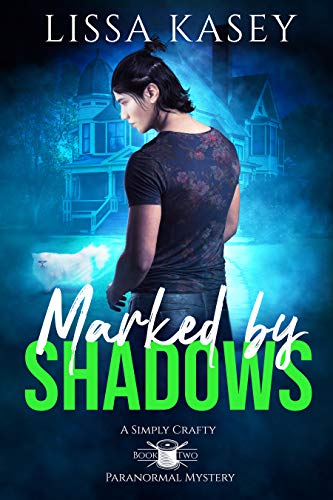 Who would have thought a crafting retreat could turn deadly?

An escape from the exciting life of New Orleans ghost tours sounded like a good idea at the time. Micah invites Alex along to experience a few days of crafts, fabrics, and hanging out with friends. Except the group is more interested in ghost hunting than costume making.

When a couple from the group go missing, Alex claims to see something in the dark. As Micah’s troubled history begins to catch up with him, he realizes that the shadows followed them from New Orleans. He’s not sure if it’s their demons causing trouble, or someone human who is murdering competition.  (Amazon) 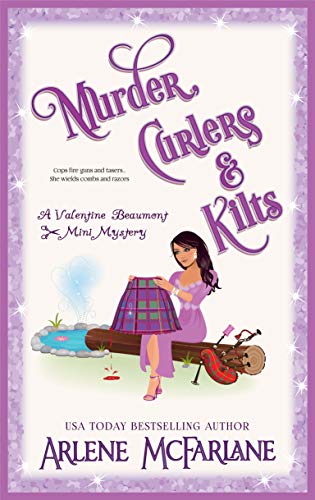 A weekend visit to Rueland’s multicultural fair turns sour when beautician Valentine Beaumont comes face to face with a corpse wearing a kilt. What’s worse, she learns the victim was a target of foul play, her #1 nemesis is on the case, and her clever sidekick falls prey to love.

Despite warnings from hot, hard-headed Detective Romero to leave things to the police, Valentine sets off to snag the killer. While on the case, she crashes into sexy, Herculean stylist Jock de Marco, rattles an old foe, wrestles with family issues, and tangles with secretive clan members.

Will Valentine catch the murderer before she becomes the weekend’s next target? Or are her fair days numbered?  (Amazon) 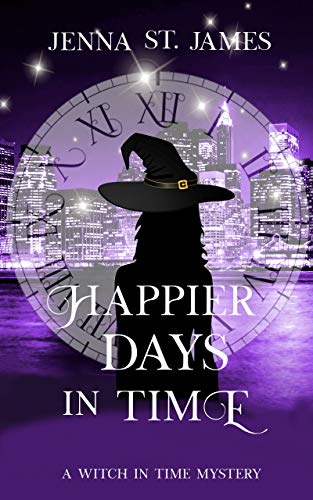 Usually I enjoy spending time with my non-supernatural boyfriend, Shawn, but lately he’s been hinting at moving in together…which wouldn’t be a bad thing, if only I’d been honest up front and told him not only was I a witch, but my “real” job wasn’t working at the museum as a curator but as a time-traveling detective with a dedicated familiar, Rex the Rat. As luck would have it, a new case has just dropped onto my rickety old balcony. A newspaper reporter was murdered, the crime going unsolved. Rex and I have seven days to figure out the culprit and bring him or her to justice! You know the drill…1955 is my time, to solve this heinous crime!  (Amazon) 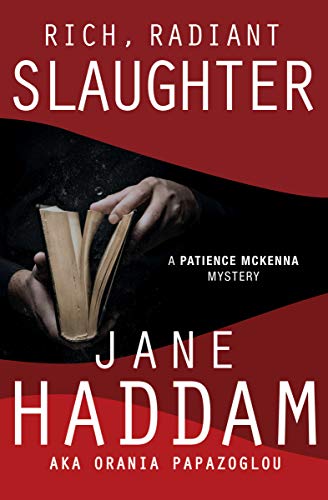 A “tour de force” mystery in the Edgar Award–nominated series featuring a writer who not only covers murder cases, but cracks them too (Publishers Weekly).

An exhausted Patience McKenna is attending a benefit at a Baltimore bookstore as part of a ten-city tour arranged by a do-gooder publicist and a mega-rich donor. It’s for a good cause, but she’s more than ready to head back home to New York and hit the sack. At least they’re serving refreshments.

Then, as she’s chatting with a fan, McKenna’s foot bumps the body of a priggish local bibliophile hidden beneath the book-signing table. The deceased woman had been widely disliked, but would a literary luminary have actually gone to the trouble of killing her?

Fortunately, McKenna’s background as a  true crime writer will enable her to examine the evidence and help the police turn the page on this case, in a twist-filled, witty mystery by Orania Papazoglou, aka Jane Haddam, author of the Gregor Demarkian Holiday series. 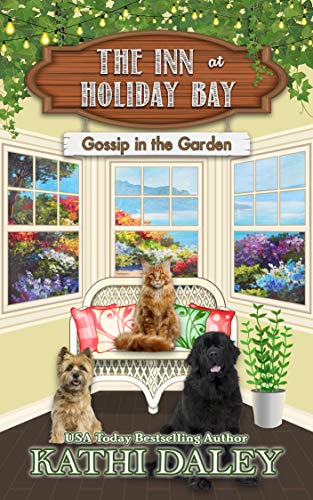 In book 9 in the series, Abby works with Lonnie and Lacy to uncover secrets long buried in the mansion on the bluff Lonnie is refurbishing, Georgia meets a mysterious woman with a secret of her own, and a new group of guests check into the inn each with a story of their own.  (Amazon)