Here is a list of some of the new releases for the week of June 21st, 2020. I am going to divide the list into 3 days because there are so very many of them for the week. Today is the first day of my list for this week. Hope you find some selections for your weekly reading. Enjoy and happy reading. 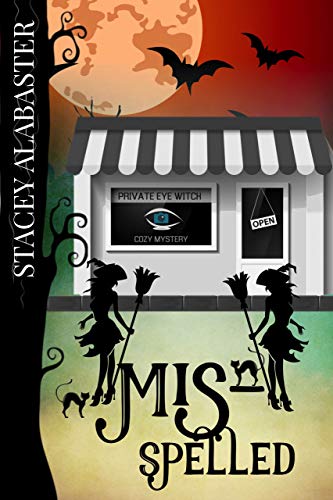 You’ve never been on a truly bad date unless someone winds up dead.

Ruby and Vicky are heading for some rough days. Who would have thought that a hot date and a visit from mum would be so traumatic. Can they overcome all the drama and catch another killer?

Mis-Spelled is part of the Private Eye Witch Cozy Mystery series. If you like fun paranormal mysteries, you will love Ruby Swift and her magical adventures.

Get Mis-Spelled and start solving your next supernatural mystery today! 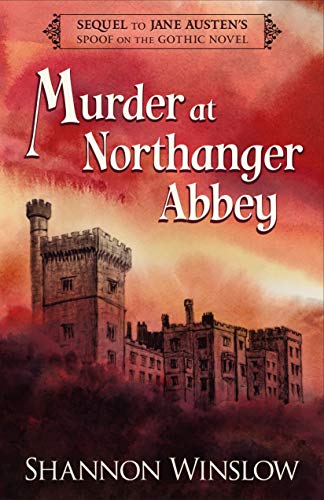 Newly married to her beloved Henry, Catherine’s eyes are now open to the grownup pleasures of
wedded life. Yet she still hasn’t quite given up her girlhood fascination with all things Gothic.
When she first visited Northanger Abbey, she only imagined dreadful events had occurred there.
This time the horror is all too real. There’s been a murder, and Henry has fallen under suspicion.
Catherine is determined to clear her husband’s name, but at the same time, she’s afraid for her
own safety, since there’s a very good chance the real murderer is still in the house.

This delightful sequel reprises the mischievous spirit of Austen’s original spoof on the Gothic
novel, while giving Catherine a genuine murder mystery to unravel.  (Amazon) 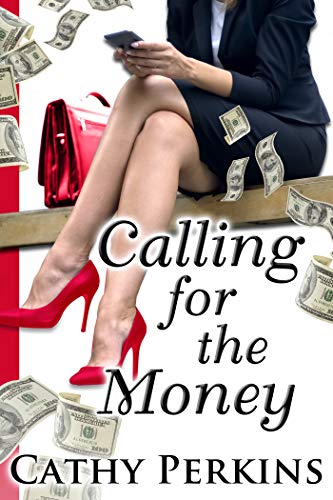 Holly Price has it all—or does she?

Holly finally has the dream job at the top of her field, the money and prestige she’s worked so hard to attain. But when a friend disappears while Holly is working a make-or-break career assignment, she’s drawn into another criminal investigation. A ruthless con ring will stop at nothing to extort its victims and her friends are directly in their cross-hairs.

While she’s searching for her missing friend, behind the scenes she’s wrestling with a backstabbing boss, a hurtful family situation, and the devastating worry she’s made a massive life choices mistake. When the gangsters target Holly, however, facing certain death has a way of making her reevaluate her life.

Now Holly must confront her painful past in order to redefine her future…and hope she lives long enough to see it.  (Amazon) 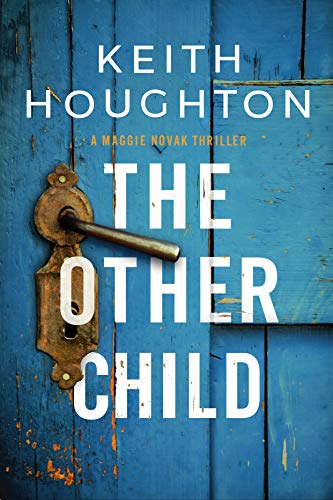 When a prominent judge is found stabbed to death on Valentine’s weekend in what appears to be a crime of passion, homicide detective Maggie Novak knows she has her work cut out for her.

Bobby Russell is everybody’s favorite judge, and at first Maggie is hard-pressed to find anyone with anything bad to say about him, let alone someone harboring a hatred so deep that they will kill him over it. But as she peels back the layers of his life, and the eyewitness to his murder goes missing, Maggie is faced with the very real prospect that beneath the judge’s perfect surface deadly undercurrents lurk.

To uncover the truth, Maggie must first expose the judge’s darkest secret, one that reaches deep inside his private life and into the death of his daughter.

The race is on to find the star witness and to catch the killer. But will the scales of justice tip in Maggie’s favor?

DON’T EVEN BREATHE
A PLACE CALLED FEAR
THE OTHER CHILD

CRASH
BEFORE YOU LEAP
NO COMING BACK 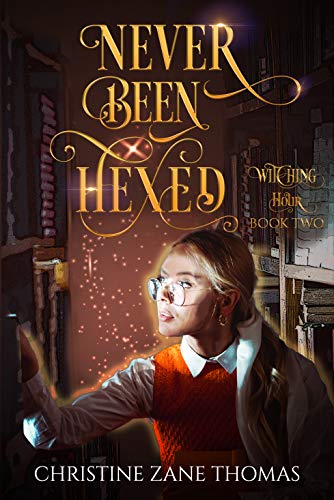 Constance Campbell learned on her fortieth birthday that she comes from a long line of witches.

Now, struggling to learn her magic, Constance dives deeper into her family’s sordid past.

Constance vows to find the truth behind her mother’s disappearance. She’s determined to seek out the Faction, an order of witches and warlocks vying for power in the supernatural world.

But when Constance’s father shows up looking a little ghostly pale and see-through, she has other problems to solve. Like who killed him and why. And is she next on their list?

Never Been Hexed is the second installment in an all-new paranormal mystery series. If you like Cozy Mysteries or Paranormal Women’s Fiction, you’ll love this book. Preorder your copy and have it on your Kindle by midsummer—just like magic!  (Amazon) 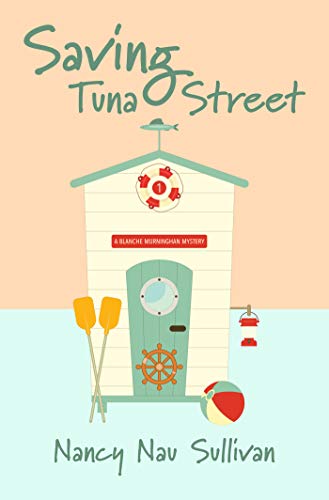 Blanche “Bang” Murninghan is a part-time journalist with writer’s block and a penchant for walking the beach on her beloved Santa Maria Island. When land-grabbing tycoons arrive from Chicago and threaten to buy up Tuna Street, including her beachfront cottage, her seemingly idyllic life begins to unravel. Blanche finds herself in a tailspin, flabbergasted that so many things can go so wrong, so fast.When her dear friend is found murdered in the parking lot of the marina, Blanche begins digging into his death. With her friends Liza and Hassi by her side, she stumbles into a pit of greed, murder, drug running, and kidnapping. Blanche has survived her fair share of storms on Santa Maria Island, but this one might just be her last.  (Amazon) 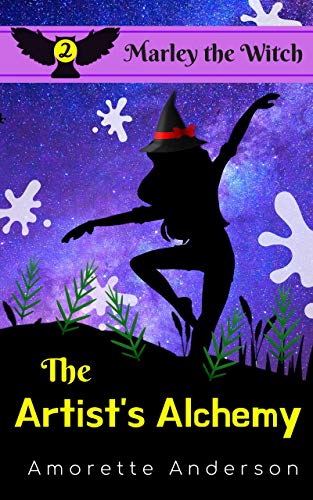 When a marketing mistake attracts artists and scientists to the same weekend workshop, tempers flare.

Marley Greene is an amateur witch

who just wants everyone to get along.

But the guests at her magical retreat center

can’t seem to get cooperate.

and a dead body at the art opening makes matters worse!

Can Marley fix the mess before it’s too late?

This is the second book in the Marley the Witch Mystery series. A full-length witch cozy with a leading female sleuth.  (Amazon) 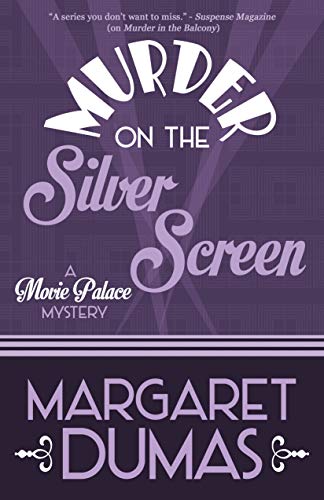 When Nora Paige agrees to use the Palace movie theater for the launch of a new online game, she has no way of knowing that the event will end in murder. But when one of the theater’s owners is accused of the crime, the future of the Palace could be in danger.

With help from Trixie, the lively ghost of a 1930s usherette, Nora sets out to solve the crime, all while dealing with the latest manipulations from her lying ex, the meddling of a Hollywood mogul with revenge on his mind, and the mysterious delivery box of classic movie memorabilia.

Oh, and then there’s the séance. Will Nora’s friends be able to contact the ghost of the Palace? Nobody is more excited to find out than Trixie.

MURDER ON THE SILVER SCREEN by Margaret Dumas | A Henery Press Mystery. If you like one, you’ll probably like them all.  (Amazon) 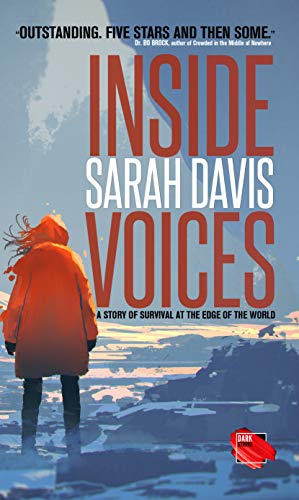 The mind is a strange beast…extraordinary, unpredictable, protective.

Penny Osborn’s mind is no exception. In High School, Penny witnessed a massacre and lost her father to the same killers. She had seen it unfold before it happened, in a premonition, but could not prevent it.

A college research project at the edge of the Arctic is her chance for a new beginning. Struggling with PTSD, Penny’s therapy includes running, dogs, and guitars. Yet her fresh start is plagued by new premonitions, dark and foreboding, that coincide with a rising number of murders in the community. Her visions are vague, offering little to identify the killer.

When confronted with an orphaned polar bear cub, Penny risks everything to save its life. The deepening mystery of the murdered women, coupled with the exhaustive duties of caring for the small cub, draw her closer to her friend, Noah, and further from her sister.

Fearful for the serial killer’s next target, Penny discovers where her physical abilities can help her.

Will letting go of the past lead to healing? And can she stop the murders?  (Amazon) 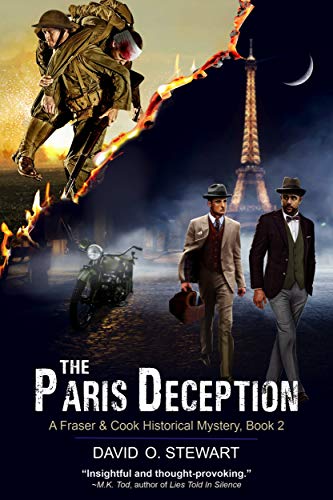 Unlikely Friends Unite to Save a Wrongly Accused American Soldier and a Fragile Treaty of Peace in The Historical Mystery, The Paris Deception, from Author David O. Stewart

In the wake of The Great War, the city of Paris unites in jubilant celebration at the arrival of United States President, Woodrow Wilson. But amidst the prospect of peace, Parisians are dying as the Spanish influenza reaches epidemic proportions.

An expert on the deadly illnesses, Dr. Major Jamie Fraser, is called in to advise the president’s own doctor on how best to avoid the deadly disease and discovers, despite Wilson’s robust appearance, the man is frailer than most realize.

While trying to determine the source of Wilson’s maladies, Fraser encounters a man he has not seen for nearly twenty years: Speed Cook–ex-professional ball player and now advocate for Negro rights. Cook is also desperate to save his son Joshua, an army sergeant wrongly accused of desertion.

When the precarious German government balks at the grim terms of the peace treaty, Cook and Fraser discover that to save Joshua, they must find a way to preserve the fragile treaty, which may be the only barrier standing between Europe and another brutal war.

Publisher’s Note: The Fraser and Cook Historical Mystery Series will be enjoyed by fans of American history and period mystery novels. Free of graphic sex and with some mild profanity, this series can be enjoyed by readers of all ages.

“Stewart deftly depicts the mood of an era and the colorful figures who shaped it.” ~Publishers Weekly, September 2015

“Stewart moves characters from The Lincoln Deception to the period just after the end of WWI. The historical details and interaction with famous figures make for an intriguing read.” ~RT Book Reviews, September 2015

“The post-armistice negotiations provide a fascinating look at the jockeying for power among countries who are ostensibly allies.” ~Historical Novel Society, November 2, 2015 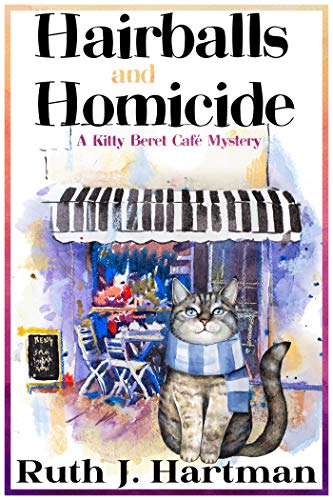 When Ellie Warren opens the Kitty Beret Café, her life revolves around finding forever homes for rescued cats and serving lattes. That is, until a woman’s body is discovered behind her shop—the same woman who’d thrown a hissy fit with Ellie in front of lots of witnesses. With Ellie’s cat, Templeton, supplying clues and the help of handsome Detective Simon Dare, she’s on the prowl for the murderer. Will Ellie discover the identity of the culprit before the murderer sinks their claws into her?  (Amazon) 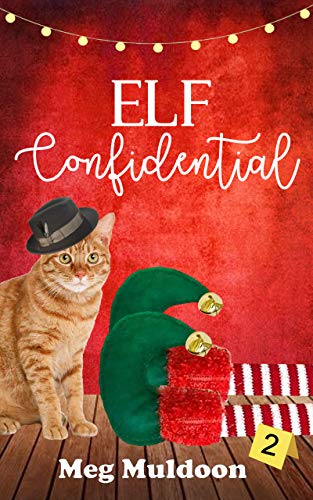 Welcome to Mistletoe, Oregon – a town of miracles, magic, and murder…

Bakery owner and crime-solving elf Holly Hopewell never anticipated on being banished by Mrs. Claus to miserable Mistletoe, Oregon. But now that she’s settled in, she’s committed to bringing cheer and delicious baked goods to the town’s notoriously ornery residents.

But when a city councilor ends up dead in the town plaza one December evening after consuming one of Holly’s delectable treats, Holly finds herself at the center of an intense mystery where she’ll have to race against the clock to save her own neck.

Everyone’s favorite mystery-loving misfit elf Holly Hopewell is at it again in this deliciously fun sequel to the Amazon bestselling cozy mystery, The Silence of the Elves. So grab a cup of cocoa, put on some Christmas music, and curl up with this perfect holiday cozy mystery this Christmas in July!  (Amazon)