Here is a list of some of the new releases for the week of July 5th, 2020. I am going to divide the list into 4 days because there are so very many of them for the week. Today is the first day of my list for this week. Hope you find some selections for your weekly reading. Enjoy and happy reading. 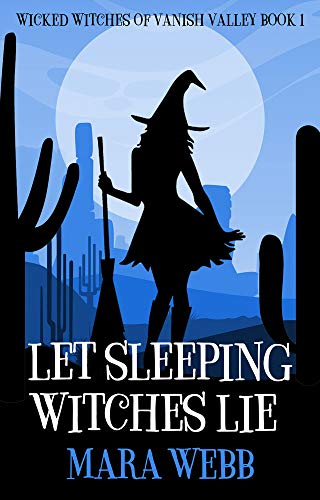 Just when Morgan Jones thinks life in Vanish Valley can’t get any stranger, the town is thrown into perpetual night. And you thought ghost towns were supposed to be quiet…

When a mysterious dream leads Morgan Jones to discover a dead body, she is plunged head-first into a real mystery. Unfortunately for Morgan a dead body isn’t the most unsettling part of her day. A family dinner has been planned, and all her aunts are going to be there.

When a strange curse takes hold of Vanish Valley things seem to get even worse. Dark magic has plunged the town into eternal night and all the humans have fallen into an unwakeable sleep.

With everyone else asleep it’s up to Morgan and her witch family to solve the murder, but when more bodies start appearing the long night seems all the more sinister. Rumours of a doomsday cult whisper through the wind, are the murders ritualistic killings?

As the cursed night continues on Morgan and her family find themselves racing against the clock to save the town from complete ruin. All Morgan has to do is make her aunts stop squabbling, make some ghost witnesses start talking, and avoid getting murdered by the killer.


‘Let Sleeping Witches Lie’, is book one of the Wicked Witches of Vanish Valley series.  (Amazon) 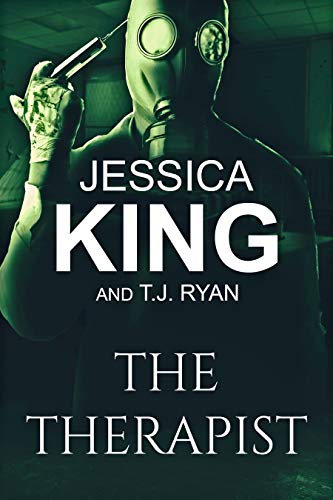 There is a new killer in town.

One who performs horrific ritual killings on their victims and Amelia Gardner is on the case trying to figure out who the killer is and where they came from.

With the help of the FBI, Amelia realizes that all the murders have one thing in common.

Everyone who died was treated by the same therapist while they were in prison.

And it was clear this was a therapist who was focused not on curing their compulsions, but honing them for their own personal gain and possibly much more.

The game is set, and the hunt is on.

Amelia needs to track down The Therapist before anyone else dies…

Scroll up and ONE click to order yours today!  (Amazon) 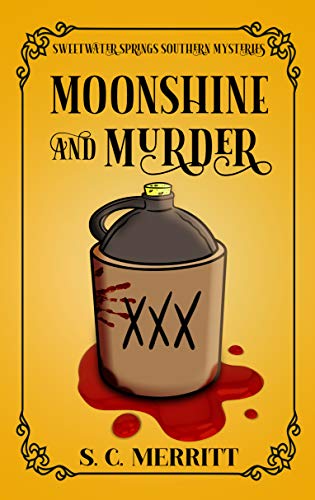 Hollywood comes to Sweetwater Springs when a local historic estate is chosen as the location to film a blockbuster movie. Glory and Momma are having the time of their lives, working as extras, until Glory’s new friend is found hanging around the set — literally.
When the police write it off as suicide, Glory’s gut tells her differently. Determined to prove the young man was murdered, she begins to uncover secrets about the old mansion that someone wants left hidden.
Will Glory’s sleuthing lead the police to the truth or will her determination to bring the killer to justice land her knee-deep in a bootlegger’s back yard? And will her budding relationship with the hunky, chief detective survive her uncontrollable urge to solve a mystery?  (Amazon) 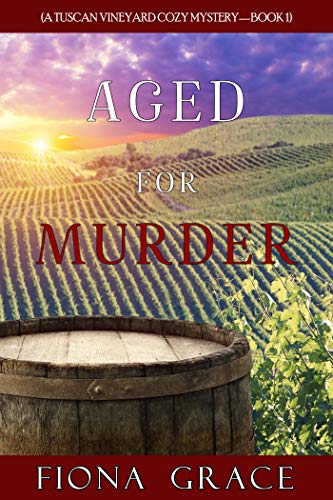 “Very entertaining. I highly recommend this book to the permanent library of any reader that appreciates a very well written mystery, with some twists and an intelligent plot. You will not be disappointed. Excellent way to spend a cold weekend!”
–Books and Movie Reviews, Roberto Mattos (regarding Murder in the Manor)

AGED FOR MURDER (A TUSCAN VINEYARD COZY MYSTERY) is the debut novel in a charming new cozy mystery series by #1 bestselling author Fiona Grace, author of Murder in the Manor (Book #1), a #1 Bestseller with over 100 five-star reviews—and a free download!

When Olivia Glass, 34, concocts an ad for a cheap wine that propels her advertising company to the top, she is ashamed by her own work—yet offered the promotion she’s dreamed of. Olivia, at a crossroads, realizes this is not the life she signed up for. Worse, when Olivia discovers her long-time boyfriend, about to propose, has been cheating on her, she realizes it’s time for a major life change.

Olivia has always dreamed of moving to Tuscany, living a simple life, and starting her own vineyard.

When her long-time friend messages her about a Tuscan cottage available, Olivia can’t help wonder: is it fate?

Hilarious, packed with travel, food, wine, twists and turns, romance and her newfound animal friend—and centering around a baffling small-town murder that Olivia must solve—AGED FOR DEATH is an un-putdownable cozy that will keep you laughing late into the night.

Books #2 and #3 in the series—AGED FOR DEATH and AGED FOR MAYHEM—are now also available!  (Amazon) 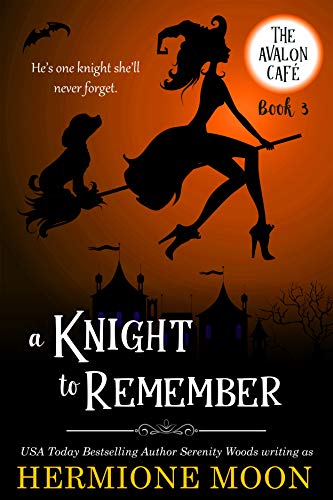 When kitchen witch Gwen Young discovers a local artist has gone missing, she and Arthur set out to solve the mystery. Neither of them suspects that their past – and their future – is closely tied to this case…

If you enjoy books by authors such as Amanda M. Lee, Adele Abbott, Annabel Chase, Kristin Painter, or Charlaine Harris, you might enjoy these cozy witch mysteries with a sprinkle of romance, by USA Today bestselling author Serenity Woods writing as Hermione Moon. 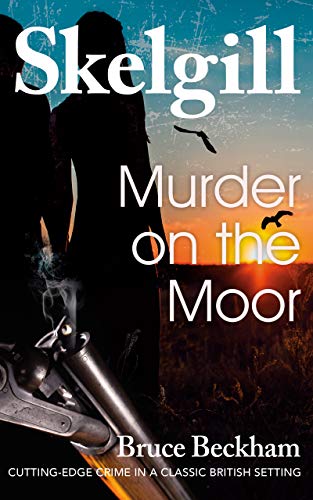 Virile; handsome; ruthless. When gamekeeper Lawrence Melling takes over at traditional Lakeland sporting estate Shuteham Hall he soon ruffles the feathers of not only elderly Lord Edward Bullingdon and his younger model wife Miranda, but also their adult offspring and fellow estate workers.

Meanwhile local conservationists perceive an existential threat to rare hen harriers nesting on nearby Over Moor. And when Miranda’s jewellery worth a six-figure sum goes missing, and a trusted employee inexplicably disappears, DI Skelgill and his team lift the lid on a plot that simmers with envy, greed, lust and revenge.

Just as a simple solution beckons, in a further diabolical twist it seems the prey turn the tables on the predator. But is it an audacious murder or an innocent accident? Is this the work of a lone actor or a conspiracy? To fathom the mystery Skelgill finds himself in the firing line, whichever way he turns. 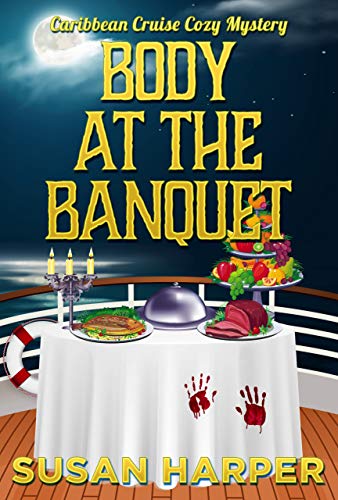 There’s nothing like a backstabbing co-worker to put a damper on a big event, permanently.

Hope and Felix have been given an unexpected vacation and decide to spend the time catching up with their respective families. When they unexpectedly meet up in DC, things go from friendly to deadly. When their parents wind up as prime suspects, Hope and Felix must solve another mystery. Can they put the pieces together in time to save their parents or will they be going on a permanent vacation?

Download Body at the Banquet and start solving your next mystery today! 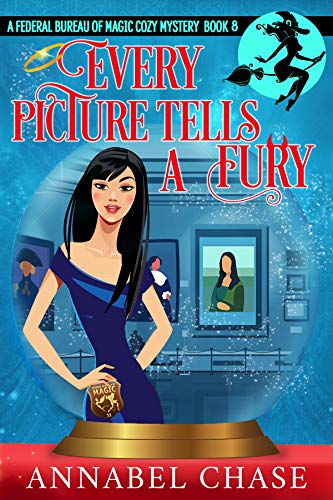 Welcome to Chipping Cheddar, where supernaturals are hidden in plain sight.
When an artist in Chipping Cheddar disappears under mysterious circumstances, Chief Fox enlists my help to solve the case. An inspection of the artist’s most recent paintings reveals there’s magic at work and I have to get in touch with my inner Rembrandt in order to access it. Meanwhile, life takes a sharp turn for frenemy Sassy Persimmons and I find myself in the unexpected position of offering her comfort while offering my evil family a piece of my mind.

Can I locate the missing artist before it’s too late or will we both be out of the picture–permanently? 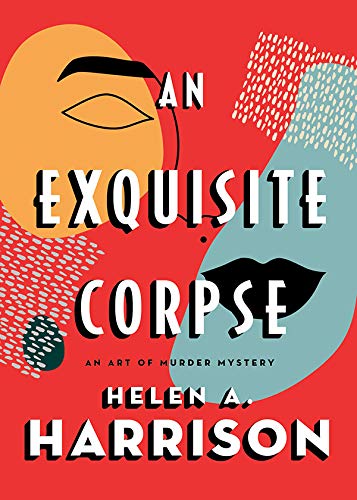 Murder is a work of art…

When the acclaimed Cuban painter Wifredo Lam turns up dead in his Greenwich Village studio, officers Juanita Diaz and Brian Fitzgerald of the NYPD, must investigate the crime. But what they find is much more gruesome than they ever could have imagined.

Suspicion soon falls on a tight-knit circle of Surrealist refugees who fled Nazi-occupied Europe during World War II, and Diaz and Fitzgerald must traverse the city, from Chinatown’s underworld to Spanish Harlem’s gangland, to find the truth. Did one of the artists’ bizarre parlor games turn deadly? Or is there something even more sinister afoot?

“Smart, witty, filled with so much history of the period, beautifully written, and suspenseful.”—Jonathan Santlofer, author of The Death Artist  (Amazon) 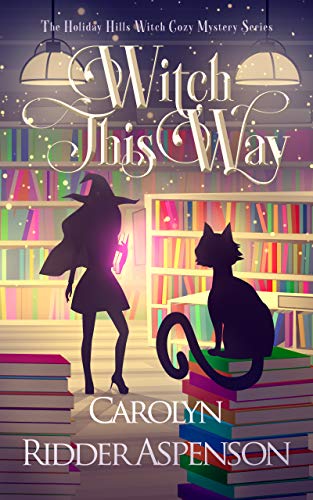 Welcome to Holiday Hills, where there is magic & mystery in the air…

I wear many hats:

I’m a friend.
A sort-of girlfriend.
A ghostwriter, and…

My editor always tells me to “write what you know.” Unfortunately, that’s what’s happening…literally.

When the main character in my latest novel—a witch herself—takes a new job with the Magical Bureau of Investigators, she stumbles upon a threat so big, it could destroy everything she holds dear.

For reasons beyond my witchy sixth sense, everything I write is now happening to me in real life!

Did I mention my character gets into REALLY bad situations? Now I’ve got to figure out who’s cast this awkward spell and find a way to reverse it.

And if I don’t do it soon, I might just wind up the “dead” in my deadline.

If you like paranormal cozies, you’ll love this series!  (Amazon) 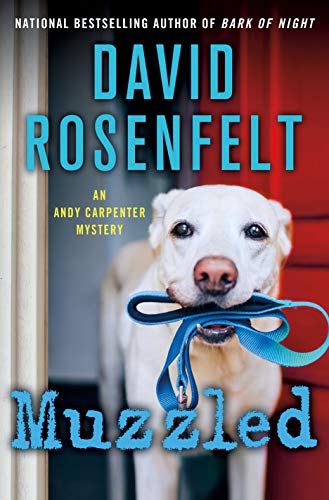 In David Rosenfelt’s Andy Carpenter mystery, Muzzled, Andy and his beloved golden retriever, Tara, are back on the case as a favor to a friend.

Andy Carpenter is a lawyer who would rather not practice law. He’d rather spend his time working with the Tara Foundation, his dog rescue organization, and being with his family and his two dogs, Tara and Sebastian. But when a friend asks him for a favor that involves both dogs and his lawyerly expertise, he can’t say no.

Andy’s friend Beth has found a stray that seems to have belonged to a murder victim–in fact, the man and two of his colleagues died in an explosion a few weeks ago. But when the murdered man contacts Beth, asking for his dog back, Andy knows there must be more to the story. The man claims his life is in danger, and that’s why he disappeared. As much as Andy doesn’t want to get involved–anything to avoid a new case–he can’t help but come to the rescue of a man who’d risk everything, even his life, to reunite with his dog.

Once again, David Rosenfelt delivers suspense and laughter in equal measure in another engaging mystery from “one of the most unforgettable voices in the genre.” (Associated Press)  (Amazon)