Here is a list of some of the new releases for the week of July 5th, 2020. I am going to divide the list into 4 days because there are so very many of them for the week. Today is the fourth and final day of my list for this week. Hope you find some selections for your weekly reading. Enjoy and happy reading. 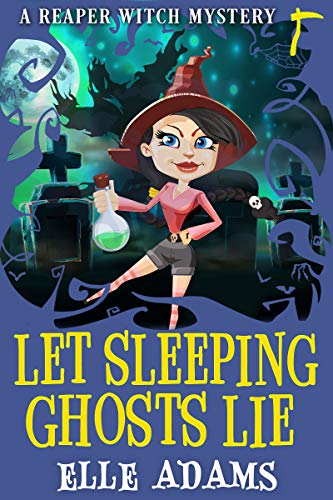 Welcome to Hawkwood Hollow, where the dead outnumber the living.

When a local witch shows up in an apparent drowning, everyone thinks it’s a tragic accident. New witch in town Maura would, too, except her Reaper senses are telling her there’s something not quite right about the woman’s death.

When the victim’s ghost vanishes, she knows her instincts were right. Unfortunately, her attempt to find the truth is derailed by an annoying spirit who’s moved into her room and an obstructionist coven leader. And then there’s the detective she might be interested in romantically… assuming she doesn’t ruin things by bringing out her terrifying Reaper powers.

What could possibly go wrong?  (Amazon) 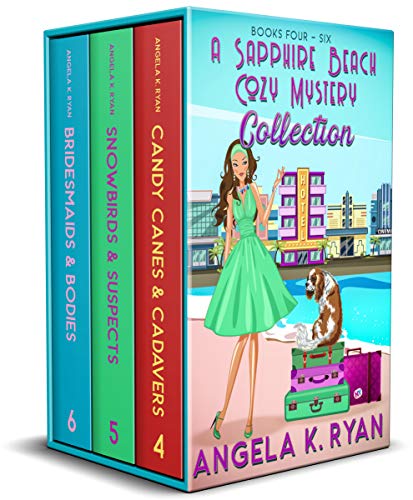 Candy Canes and Cadavers (Book 4)
Connie Petretta is thrilled that her family is spending Christmas with her in Sapphire Beach. They even come early to attend the opening of “A Christmas Carol,” performed in memory of her beloved Aunt Concetta. It has all the makings of a perfect holiday until one of the actors is murdered on opening night. With her mother and sister by her side, Connie puts her sleuthing skills to the test as she investigates the murder of her aunt’s friend and colleague.

Snowbirds and Suspects (Book 5)
The snowbirds have once again descended upon Sapphire Beach, keeping Connie Petretta busy in her thriving jewelry store. Ruby, the owner of the souvenir shop next door, is thrilled to discover a niece, Amy, that she never knew about. But when Amy is suspected of murder, Ruby turns to Connie to help find the real killer.

Bridesmaids and Bodies (Book 6)
A future bride commissions Connie Petretta to create jewelry for her bridal party. When the best man is murdered, the bride and groom turn to Connie to help find the killer. 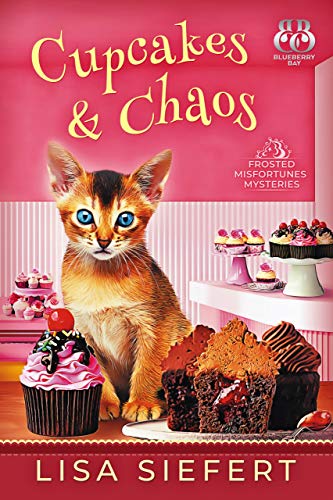 Hi! I’m Ava Decker, forensic accountant turned pastry chef. After being ghosted at my own wedding, I decided to leave California and return home to Maine where I grew up. While my parents are enjoying an all expenses paid cruise, aka as my non-refundable honeymoon, I’m house sitting for them back in Clover Creek.

My lifelong dream of owning my own bakery finally comes true but unfortunately, it’s only because the owner of the bakery turns up dead in the cupcake truck that I was driving. And to make things worse, I’m the prime murder suspect because she decided to leave both her bakery and her house to me in her will, despite the fact that I just met her two weeks ago.

In the process of being arrested, I also became a kitty mom to an adorable ruddy Abyssinian who thinks he’s a dog and suffers from separation anxiety. Now, it will take of my mystery movie watching know-how to help solve this crime myself.  (Amazon) 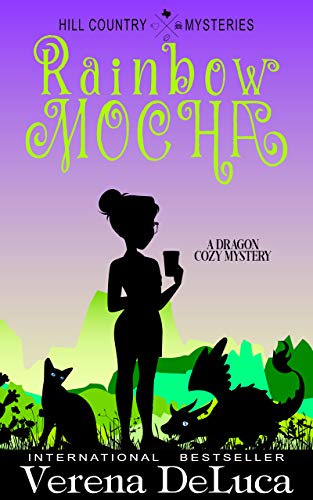 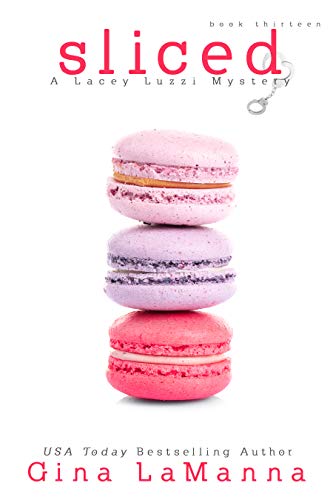 Tis the season for pumpkin spice and everything nice! With Thanksgiving on the horizon, Lacey Luzzi is all set to cuddle her adorable baby and sexy husband after a giant feast. However, her plans turn belly-up when a dead body appears during the largest bake-off event in St. Paul history.

Amelia Rapport, the front runner to win the state-wide bake-off, has landed face-down in a pool of royal icing, and somehow, it’s Lacey’s job to save the event. If she doesn’t, not only will millions of cookies go to waste, but her life—and the lives of those she loves—will be in danger.

This is one murderer who isn’t ready to be caught, and when Lacey gets too close for comfort, he’s bound and determined the cake won’t be the only thing getting sliced…  (Amazon) 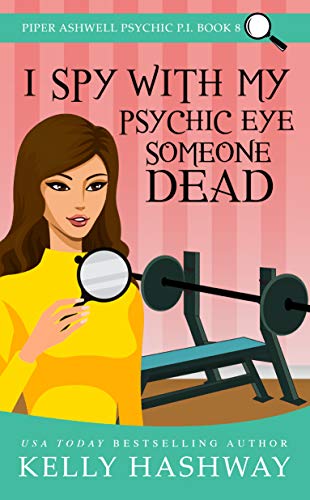 Piper Ashwell is struggling to balance being in a new relationship and getting used to her expanding psychic abilities. When a dismissed sense of foreboding winds up resulting in a murder to investigate, she can’t help feeling she could have prevented it.

What’s worse is every clue she and the Weltunkin PD uncovers points to Piper being the killer. Someone is trying to frame her.

Piper needs to find the real killer and fast—because it will be difficult to prove her innocence from behind bars. 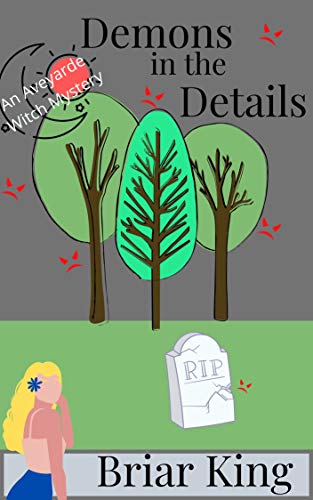 Altaira and her friends are navigating grown-up life as they find their footing with new relationships, complicated love triangles, a new business, and paranormal threats that loom over it all. A mysterious man appears, begging for help, just as Altaira’s dream of turning their PI agency into a real business that helps people with supernatural situations the human police aren’t equipped to handle is finally taking off. It’s all very exciting until the same man winds up dead on their doorstep, the victim of a witch gone bad. As Altaira and her friends investigate, they soon uncover a secret coven dating back to a great schism in witch history, a feud that left a once-mighty coven shattered in its wake. But that isn’t all that occupies the group: the sisters from their first-ever case require a haven, someplace safe to pick up the pieces of their lives. Battling her hesitation to involve her family’s estate in her business, Altaira goes to her grandparents’ home with the sisters in tow and unlocking family secrets heretofore unknown in the process. It isn’t long before dead men are the least of their worries. Summoned demons stalk the newly discovered coven, picking them off one by one. The clock is ticking as Altaira and her friends team up with new allies to catch a deranged witch and stop the demons before they end up the next ones buried.  (Amazon) 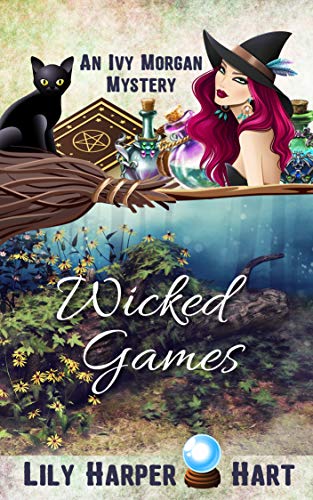 Ivy Morgan knew she was in for a world of hurt when she was sentenced to community service. She had no idea just how bad things were going to be, though. On her first day of picking up trash along the roadside, one of her crew members stumbles over a body, and it happens to belong to someone she knows.
Sasha Carmichael was described as a “good girl” and nobody can figure out how she ended up alone in the woods, so close to a road and help, and abandoned. When Jack Harker and his partner start digging down, though, some dark possibilities come to the surface.
It seems Sasha had ties to more than one person on Ivy’s work crew, which means Shadow Lake’s favorite witch is working with a killer. Finding the guilty party is difficult, especially given the way her crew chief is watching her.
If Ivy sticks even one toe out of line, her community service could be extended. That means her wedding is on the brink and her honeymoon might be lost. Jack isn’t about to let either of those scenarios happen.
It’s going to take both of them working together to solve the crime, and even then nothing is guaranteed.
Hang on to your hats, because murder has come to Shadow Lake and this killer might not be done … by a long shot.  (Amazon) 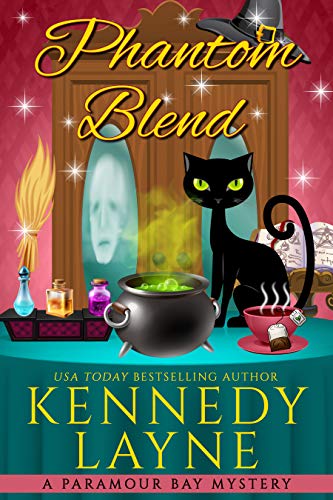 The quaint coastal town of Paramour Bay is once again hosting their annual garage sale, and Raven Marigold is happily participating for the first time with two tables of gently used items and select pieces of clothing. She’s taken special care to ensure that no magical auras remain on the items that she’s included for sale, and she is quite confident that her first time joining in on the sale will go off without a hitch.

Raven hadn’t counted on her familiar taking his annual battle with the local squirrel population to a new level, resulting in a collapsed table, a broken mirror, and a trapped phantom who leads Raven and the gang onto their next murder mystery that might not reveal the fairest of them all.

You’ll want to put down your trusty dustpan and broom for this enchanting whodunit that might or might not result in seven years of bad luck for the residents of Paramour Bay!  (Amazon) 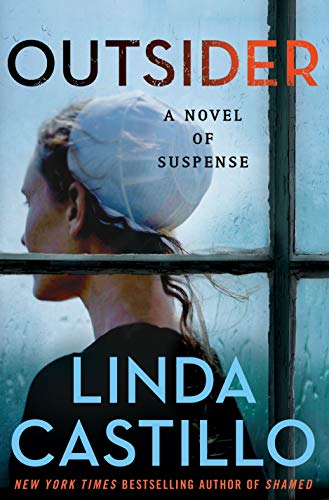 Linda Castillo follows her instant New York Times bestseller, Shamed, with Outsider, an electrifying thriller about a woman on the run hiding among the Amish.

While enjoying a sleigh ride with his children, Amish widower Adam Lengacher discovers a car stuck in a snowdrift and an unconscious woman inside. He calls upon Chief of Police Kate Burkholder for help, and she is surprised to recognize the driver: fellow cop and her former friend, Gina Colorosa.

Years before, Kate and Gina were best friends at the police academy and patrol officers in Columbus, but time and distance have taken them down two very different paths. Now, Gina reveals a shocking story of betrayal and revenge that has forced her to run for her life. She’s desperate for protection, and the only person she can trust is Kate—but can Kate trust her? Or will Gina’s dark past put them all in danger?

As a blizzard bears down on Painters Mill, Kate helps Gina go into hiding on Adam’s farm. While the tough-skinned Gina struggles to adjust to the Amish lifestyle, Kate and state agent John Tomasetti delve into the incident that caused Gina to flee. But as Kate gets closer to the truth, a killer lies in wait. When violence strikes, she must confront a devastating truth that changes everything she thought she knew not only about friendship, but the institution to which she’s devoted her life.  (Amazon)