Here is a list of some of the new releases for the week of July 12th, 2020. I am going to divide the list into 4 days because there are so very many of them for the week. Today is the first day of my list for this week. Hope you find some selections for your weekly reading. Enjoy and happy reading. 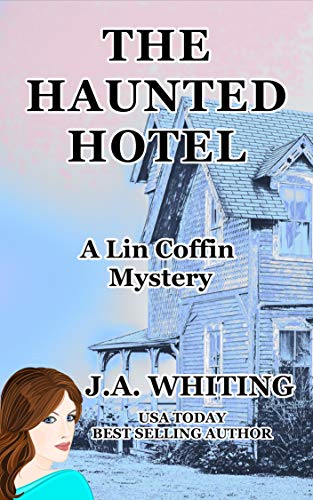 When Lin Coffin wakes from a nightmare, a bright red light is shining into the bedroom, but at first, she can’t find the source of it. Red light, a ghost, and nightmares that warn of danger to loved ones lead to a mystery that needs to be solved, and quickly. Will Lin, Viv, Jeff, and their friends be able to uncover the mystery of the haunted hotel before some of them are placed in danger, or worse?  (Amazon) 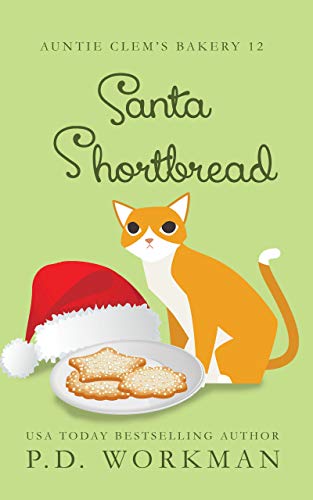 Somebody is stealing Christmas gifts from the Bald Eagle Falls children.

At the rate that presents are disappearing, there soon won’t be a gift left in Whoville. Err, Bald Eagle Falls.

Gluten-free baker Erin Price and her friends are on the case to try to unmask the Grinch and bring him to justice, and toys to the children. But time is not on their side. Soon it will be Christmas Eve—will the winner be the Grinch or Santa? 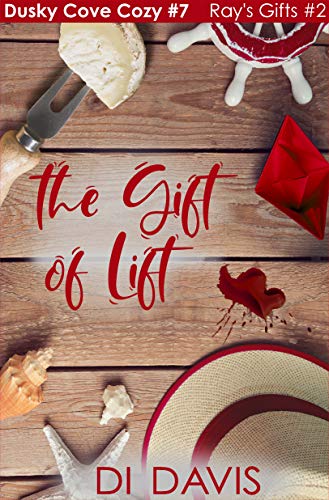 Gift shop owner Ray must clear two friends of murder—unless one of them really did it.

Gift shop owner Ray Watson is getting too old to face another busy tourist season up in the resort town of Dusky Cove, take care of his ailing wife, and try to respond to his grandson in jail. The one thing he needs is a break—and he finds the lift he needs in the form of a home health nurse.

Just when things are looking up for him, Ray once again has to help solve a crime when a souvenir he sold was used as a murder weapon. Ray can’t imagine that the buyer killed anyone, especially not her own father-in-law. But is their new helper a murderer?

With two people Ray cares about as the only suspects, can he clear their names? Or did one of them really commit murder?

Get a FREE book, recipes and a tourist’s guide to the prettiest little town all up and down the North Carolina coast in the author’s email group–offer inside!  (Amazon) 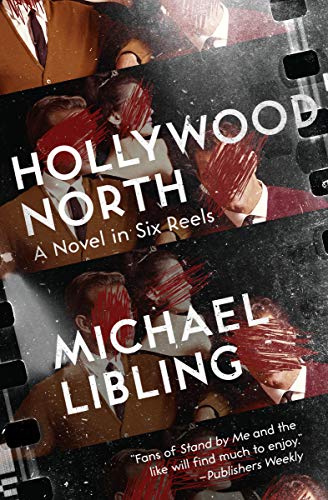 “Libling’s assured, quietly menacing debut [is] based on his World Fantasy Award–nominated novella of the same title. . . . Fans of Stand by Me and the like will find much to enjoy.” —Publishers Weekly

It’s the 1960s, and Gus Berry is coming of age in Trenton, a small town on the north shore of Lake Ontario. The place isn’t known for much—unless you count the menacing stray dogs, plant explosions, plane collisions, and regular drownings. The adults seem to take it all in stride, but Gus can’t shake the feeling of impending doom. His friend Annie Barker doesn’t share Gus’s dark thoughts; she believes in things. So Gus goes about his days, surviving school, trying to live up to his widowed mother’s expectations, and growing increasingly obsessed with movies and TV shows. Indeed, he scripts his life to make it way more exciting and adventurous than it actually is.

Gus is clearly a boy who wants things, which makes Jack Levin the perfect friend. He’s a local hero famous for finding stuff : a message in a bottle, a meteorite, a long-lost wedding ring. And when Jack makes his most mysterious discovery yet, Gus and Annie are drawn with him into an investigation of Trenton’s past. Guided by their curiosity, they soon uncover a malignant darkness behind the town’s senseless tragedies.

In Hollywood North, World Fantasy Award–nominated author Michael Libling “spins a tale of movies and memories, nightmares and nostalgia, with such a frightening secret at its core, that you’ll understand why, even though you can go home again, you might end up wishing you didn’t” (Ian Rogers, author of Every House Is Haunted).
“[A] fine first novel . . . Bradbury might have sketched out this mode in the darker parts of Dandelion Wine and the entirety of Something Wicked This Way Comes, but contemporary authors such as Libling are showing us refinements of sensibility and sense of wonder that the old Waukeganian never dreamed of.” —Locus  (Amazon) 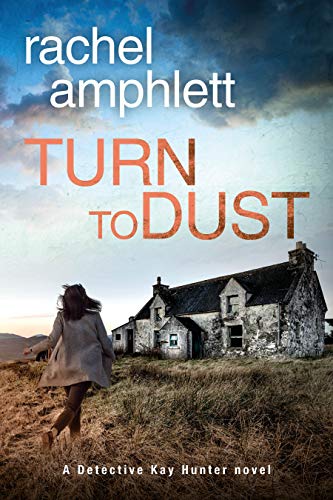 When the body of a naked man is found in the middle of a barren field, a rural community is left in shock – and fear.

Discovering that someone is offering money in return for information about the dead man and anyone connected to him, Detective Kay Hunter realises there is a dark side to the victim’s past.


When a key witness disappears and a web of deceit and lies threatens to derail the investigation, she fears the worst.


Can Kay and her team of detectives find out who is behind the man’s murder before another victim is targeted?


Turn to Dust is the ninth book in the Detective Kay Hunter series and perfect for readers who enjoy fast-paced murder mysteries. 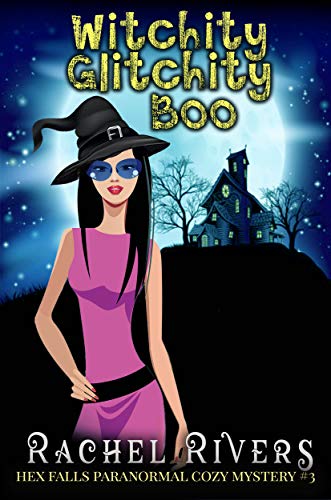 It’s bad enough finding out you’re a witch, let alone finding out you’re a specialty witch. A divergent, so to speak. Only this witchy divergent has a hefty price on her head that the magical community has been waiting to collect on since her birth. Family secrets are blown wide open as Violet accidentally finds out exactly who and what she is, much to the dismay of her distraught aunts Kit, Kat and cousin Viv.

Meanwhile, nosey neighbour Edna Dumfries gets a little too close to the action, during a crash course in spells with drunken Auntie Connie, where things go terribly wrong, resulting in a whoopsie! murder.

The mistake may end Violet’s bewitching days before they’ve even gotten started. Especially with bumbling Sheriff Wilkes in charge of the investigation.

Does Violet know enough magic yet, to reverse her little boo boo?
Or will aunts Kit, Kat and vamp cousin Viv have to come to her rescue? 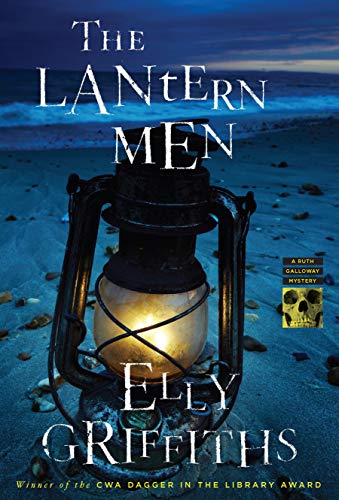 Forensic archaeologist Ruth Galloway changed her life—until a convicted killer tells her that four of his victims were never found, drawing her back to the place she left behind.

Everything has changed for Ruth Galloway. She has a new job, home, and partner, and she is no longer North Norfolk police’s resident forensic archaeologist. That is, until convicted murderer Ivor March offers to make DCI Nelson a deal. Nelson was always sure that March killed more women than he was charged with. Now March confirms this and offers to show Nelson where the other bodies are buried—but only if Ruth will do the digging.

Curious, but wary, Ruth agrees. March tells Ruth that he killed four more women and that their bodies are buried near a village bordering the fens, said to be haunted by the Lantern Men, mysterious figures holding lights that lure travelers to their deaths.

Is Ivor March himself a lantern man, luring Ruth back to Norfolk? What is his plan, and why is she so crucial to it? And are the killings really over?  (Amazon) 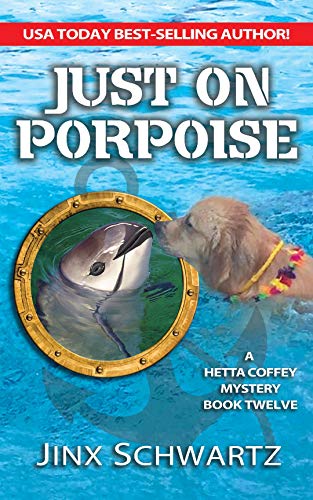 Hetta Coffey is a sassy Texan with a snazzy yacht, and she’s not afraid to use it!
Hetta, her dog, and parrot—along with a band of zany friends and frenemies—make for one rousing adventure after another.
In Mexico’s Sea of Cortez, an endangered species is on the very precipice of total extinction, but taking on a vicious cartel to save a little porpoise might be a mite on the difficult side. Can they do it?
The clock is ticking.  (Amazon) 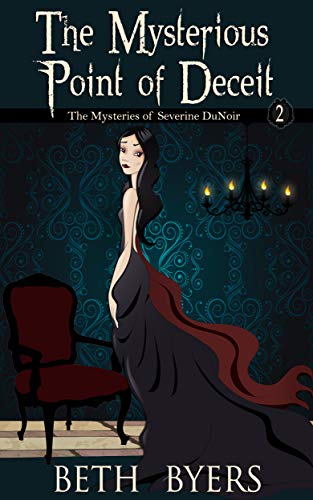 Severine DuNoir has returned home and continued to investigate the death of her parents.  She has, however, reached a roadblock.  As she tries to break through, she comes across an unexpected offer of help.

While she delves into the history of her father’s life, she also starts to investigate the haunting of an elderly woman.  Just who is tormenting this woman and why?

Book TWO in the Mysteries of Severine DuNoir.  These historical adventures are playful with a lightly spooky edge. In the coming stories, Severine will discover more than she expected, but her sight will never turn from uncovering just what happened to her parents, not even for the dashing, Grayson Thorne. Join Severine as she peels back the layers of history and memory all while creating a future of her own. (Amazon) 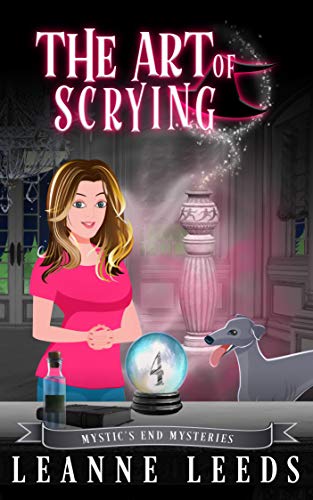 A fake ancient urn.
A suitor with a lot of secrets.
Can Fortuna bring the truth into focus before her world cracks?

When Fortuna finally accepts one of Martin Salvi’s persistent invitations to have dinner at his enormous mansion on the edge of town, she’s still not sure she can trust him. Sure, he’s handsome and yes, he had lots of reasons for ghosting her earlier this year, but she can’t help but feel the handsome greyhound track manager’s still hiding something from her. Something big.

As the evening goes on, Fortuna recognizes Martin’s prized ancient urn on display just inside the lanai is a fake—and she’s shocked when he’s barely fazed by the news. Rather than call the police, Martin convinces her they can unravel the mystery of the fake urn together…

But was Martin Salvi’s urn theft even real? Or did he just create an elaborate ruse to spend time with her? 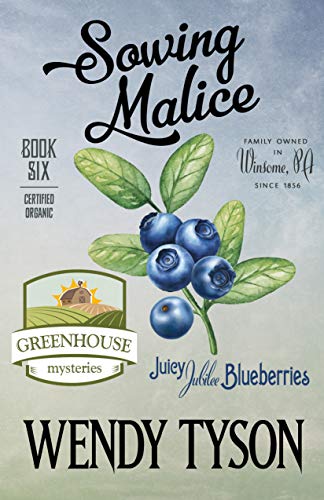 Soon one of those three strangers goes missing and another is murdered, her body found at Washington Acres—Megan’s family farm. The local police turn to Megan, as she was one of the last people to have seen them both.

With her family’s safety at stake, Megan must pick her way through the von Tresslers’ sordid family secrets and colorful personalities. She discovers that the malice that’s befallen Winsome has roots in the past, and she’ll need to dig deep to weed truth from lies and innocence from guilt, or the body count will grow even higher.

SOWING MALICE by Wendy Tyson | A Henery Press Mystery. If you like one, you’ll probably like them all.  (Amazon)