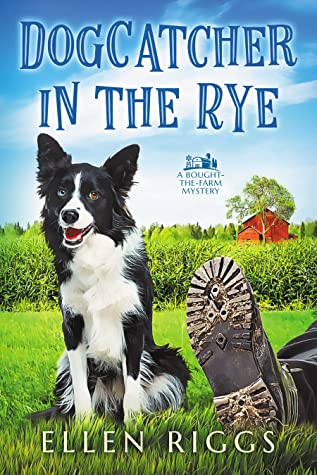 *Turning a hobby farm into a quaint country inn is a piece of cake compared to solving a murder.*

Ivy Galloway may not know an alpaca from a llama, but nothing’s going to stop her from pursuing her dream of opening a farm-themed inn in her hometown of Clover Grove. Not after what she went through to rescue Keats, her brilliant border collie, and flee the big city.

When Keats finds a body pushing up daisies in her rye field, however, the murder puts a blight on Ivy’s plans to welcome her first official guests in just three weeks. The police chief refuses to rush his investigation. Does he really believe she’s a suspect or is he just holding a grudge over what happened in high school?

To clear her name, Ivy starts digging up clues. The former HR exec is no stranger to interviewing, and Keats is a dog who loves a job. As she juggles sleuthing with getting the inn ready to launch, she almost reaches the end of her tether. With her beloved farm’s very future on the line can she solve the case before the killer comes after her next?

Dogcatcher in the Rye is perfect for animal-lovers, and anyone who likes curling up with a fun, fast-paced cozy mystery. (Goodreads)

The characters are well rounded and well developed. Ivy is a hard working smart lady who is so excited to be running a farm themed inn, and she will do anything she can to be sure that it is a success. Even if that includes finding a killer. Between her and her dog, Keats, she is determined to find that killer and bring him to justice.

The writing style flows smoothly and the book is an easy read. The author is very talented in her descriptive writing and these descriptions kept me engaged throughout the entire book. The mystery was well plotted and there were enough clues to sift through and suspects to consider. I was not completely sure who the killer was until the reveal.

I would recommend this book to anyone who enjoys a well crafted cozy mystery. I really like this series and I cannot wait to read the next one in the series.