Here is a list of some of the new releases for the week of August 25th, 2019. I am going to divide the list into 5 days because there are so very very many of them for the week. Today is the first day of my list for the week. Hope you find some selections for your weekly reading. Enjoy and happy reading. 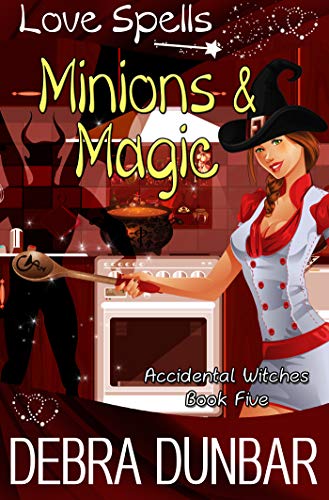 Glenda’s magic might be in healing, but she’s more proud of her non-witch talents. When it comes to crafting culinary delights, everyone inside and outside of Accident knows that Glenda is the best.

So when Xavier, a sexy crossroads demon, challenges her to a contest, Glenda doesn’t think twice before accepting. But fun and flirty goes straight to hell in a picnic hamper when her catering clients become horribly sick and Xavier is the only one who had the opportunity to tamper with the food.

Can Glenda win against Xavier, or will she lose and forfeit her body and soul to the demon who already has her heart?  (Amazon) 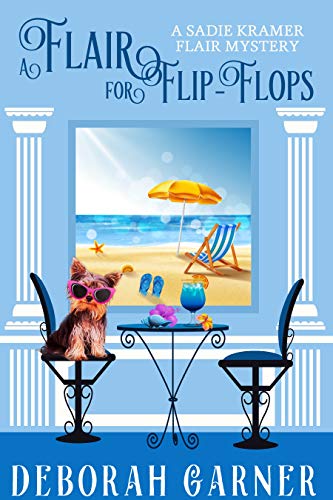 A vacation on the Southern California coast promises rest and relaxation for flamboyant senior sleuth Sadie Kramer and her mischievous Yorkie, Coco. But when the body of a heartthrob celebrity washes up on the beach outside her luxury hotel suite, Sadie’s fun-in-the-sun soon turns into sleuthing-with-the-stars.

The resort’s wine and appetizer gatherings, suspicious guest behavior, and casual strolls along the beach boardwalk may provide clues, but will they be enough to discover who the killer is? Or will mystery and mayhem leave a Hollywood scandal unsolved?  (Amazon) 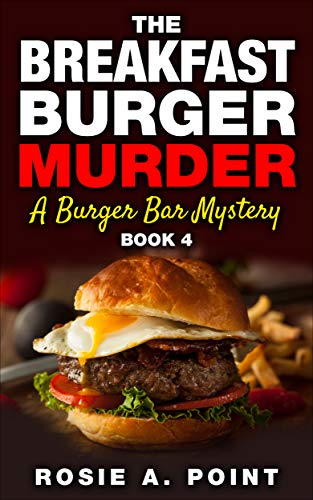 The last thing Christie Watson, failed homicide detective, expected to wake up to was murder. She would prefer one of her best friend’s delicious burgers instead. But murder is on the menu again in Sleepy Creek.

One of Christie’s good friends has been attacked, and her mother murdered. The case hits a little too close to home for Christie’s liking. If she solves the mystery this time around, she might get more than the truth.

Can Christie solve the murder, before the murderer targets another of her friends?

Pick up this juicy murder mystery today! One-click now to get your copy.  (Amazon) 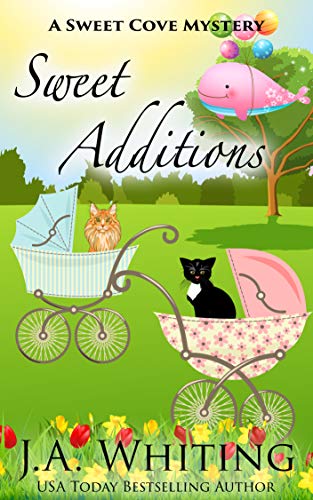 This is book 17 in the Sweet Cove Mystery series by USA TODAY Bestselling Author J. A. Whiting.

It is deep winter in Sweet Cove and Angie and Jenna Roseland are expecting their babies in a few weeks, but before the new additions arrive, Chief Martin needs their help. A well-regarded non-profit in the nearby town of Silver Cove has been broken into and the security tapes show something unusual.

When the office is broken into a second time, the intruder leaves a menacing message behind.

Will the sisters, Mr. Finch, and their two fine felines be able to help Chief Martin find the person responsible for terrorizing some of the employees before someone loses her life?

A cozy mystery with recipes !
This story has some mild paranormal elements.  (Amazon) 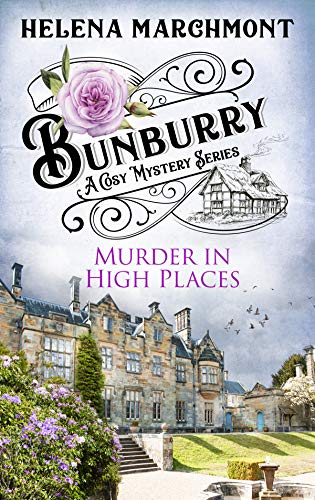 Miss Marple meets Oscar Wilde in this new series of cosy mysteries set in the picturesque Cotswolds village of Bunburry.

In “Murder in High Places”, the sixth Bunburry book, Oscar will brave the Cotswolds for the first time! Alfie has tried for months to convince his best friend to visit him – but when a glamorous High Society Party in honour of celebrated actor Dorian Stevens is announced, Oscar just can’t resist. He is – after all – Dorian’s greatest fan and can’t wait to meet his hero. But the evening at the lovely Saville mansion takes a murderous turn … 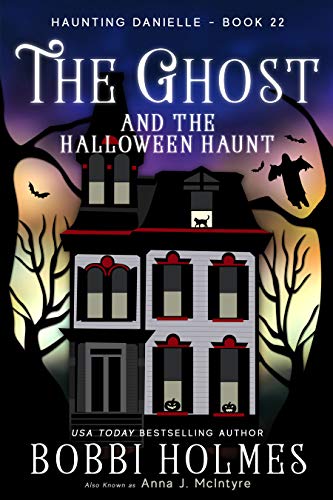 Turning the one-time seaside B & B into a Halloween haunted house for a local fundraiser seems like a good idea. After all, Eva and Marie’s ghosts are willing to help.

However, the two spirit friends of Marlow House are not the only ghosts to stop by. Danielle and her friends are about to learn there might be something to that old legend that says on Halloween night the barrier between the living and dead becomes blurred and the spirits of the dead visit earth. Maybe not all of earth—but at least Marlow House.  (Amazon) 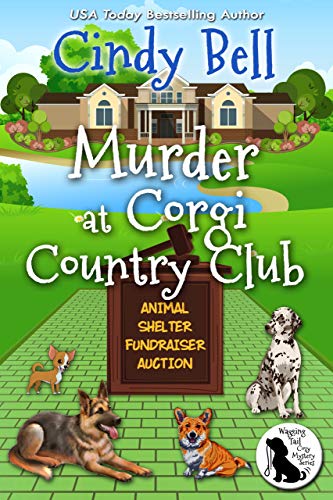 An animal-loving sleuth. A puzzling murder. Nikki, Sonia and their lovable pooches must find the murderer before the wrong person gets collared for the crime.

Nikki Green loves volunteering at the local animal shelter. When the shelter is in dire need of funds, she is on a mission to do everything she can to ensure the doors are kept open, and the pets are taken care of. Luckily, her good friend Sonia Whitter has just the solution. A charity auction at the local country club.

But the auction comes to a grinding halt when an acquaintance of Sonia’s is murdered. Nikki and Sonia put on their detective hats and decide to help the investigation along. But Nikki’s hunky boyfriend, Detective Quinn Grant, would prefer they stop sniffing around.

Nikki, Sonia and their adorable, furry companions, dig up a pile of clues, secrets and enemies. Will they save the shelter and find the murderer before the evidence is buried?

Join Nikki, Sonia and their canine companions for a heartwarming, page-turning cozy mystery that will keep you guessing till the end.  (Amazon) 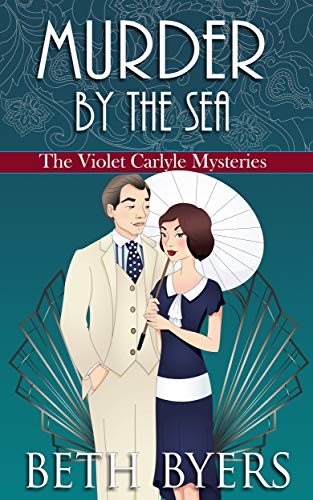 After a slew of cases for Jack, a new book and a series of business meetings for Vi, and an excess of Violet’s stepmother for them both, Vi and Jack determine to flee to the shore. A little sea air, a ramble or two, afternoon naps, lingering mornings over a cup of Turkish coffee and perhaps all will be aright again.

Only one morning walk ends with a body and yet again, Violet, Jack and their friends find themselves involved in a mysterious death.

Book FOURTEEN in the Violet Carlyle Mysteries. Are you ready for the roaring twenties? You’ll love Vi, her patient husband Jack, her indulgent twin Vic, and their friends. For fans of Carola Dunn, Jacqueline Winspear, Georgette Heyer, and Lee Strauss. A light, cozy mystery with a fun peek into life in the life of a bright young thing. No swearing, graphic scenes, or cliffhangers.

*There are two short stories that fall between A Merry Little Murder and Murder Among the Roses. They are: New Year’s Madness and Valentine’s Madness.  (Amazon)

Mydworth is a sleepy English market town just 50 miles from London. But things are about to liven up there considerably, when young Sir Harry Mortimer returns home from his government posting in Cairo, with his unconventional American wife – Kat Reilly.

No sooner have the two arrived, when a jewel robbery occurs at Harry’s aunt’s home – Mydworth Manor – ending in one of the thieves being shot…and killed.

The local police are baffled by the case. But Harry and Kat have an edge in the hunt for the second thief: not only do they have certain useful “skills” they’ve both picked up in service of King, President and Country, they also have access to parts of English high society that your average bobby can’t reach.

Because this Shot in the Dark…could have come from anywhere.  (Amazon) 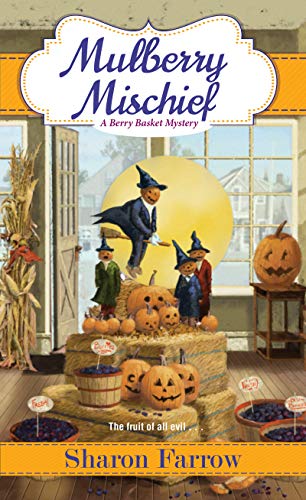 Autumn has arrived on the shores of Lake Michigan, but Marlee Jacob, proprietor of The Berry Basket, is feeling a chill for other reasons …

With the Harvest Health Fair in full swing, Marlee makes sure to stock up on elderberry products for cold and flu season. But this year there’s also a run on mulberry when an eccentric customer wants to use the dried berries to ward off evil forces. True, it’s almost Halloween, but something else seems to be spooking Leticia the Lake Lady, Oriole Point’s oddest resident. She believes someone plans to kill her—and the ghost. Only mulberries can protect them. Marlee doesn’t take her fears seriously until a man named Felix Bonaventure arrives in the village, asking questions about a mysterious woman.

The next day, Marlee finds Bonaventure dead on Leticia’s property—shot through the heart with an arrow made of mulberry wood. And Leticia has disappeared. Marlee soon learns the Lake Lady has a deadly past that is connected to the famous Sable family who are in town for the health fair. A bunch of clues start to come together—and figuring out what’s going on puts Marlee in a real jam … 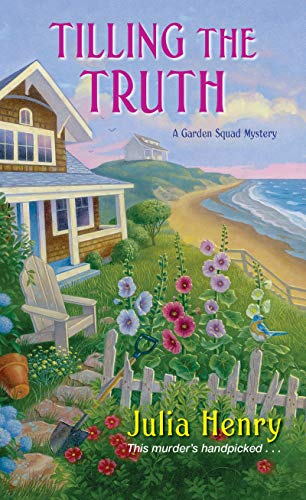 It’s August in Goosebush, Massachusetts, and go-getter retiree Lilly Jayne and her youthful senior pals show no sign of slowing down during the lazy days of summer. But when murder mows over a pesky local, could a Garden Squad member be nurturing a deadly second act?

While Lilly digs into a town beautification project, her friend Tamara O’Connor has greater concerns than well-pruned geraniums. The real-estate firm owner hasn’t been shy about blaming perennial grouch Gladys Preston for thwarting her many attempts to sell off a beautiful beachside property. But accusations fly when Gladys is suddenly found dead—and Tamara is caught standing over the body with a bloody weapon in her hand . . .

As Tamara becomes the prime murder suspect, Lilly and the Garden Squad ladies set out to prove that someone planted the evidence. With a potpourri of alarming clues scattered around Goosebush, cracking this case means confronting a calculating culprit with a penchant for cutting down anyone who gets in the way . . .  (Amazon) 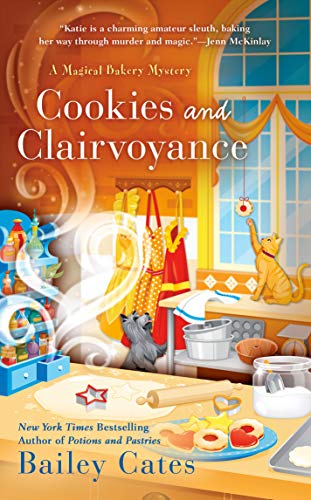 Hedgewitch Katie Lightfoot is juggling wedding preparations, a visit from her father, and home renovations on top of her long hours at the Honeybee Bakery, where she and her aunt Lucy imbue their yummy cookies and pastries with beneficial magic. But when firefighter Randy Post is accused of murdering a collector of rarities, and his prints are on the statue that was used to kill the man, Katie steps in.

Randy is not only Katie’s fiancé’s coworker, but also the boyfriend of fellow spellbook club member and witch Bianca Devereaux. Bianca and Declan are both sure Randy is innocent, and so is Katie. However, to prove it she’ll have to work with ornery detective Peter Quinn again—and this time around he knows she’s more than your everyday baker.  (Amazon)

FROM THE REALM OF THE ROYAL URSUS