Here is a list of some of the new releases for the week of June 16th, 2019. I am going to divide the list into 4 days because there are so very many of them for the week. Today is the first day of my list for this week. Hope you find some selections for your weekly reading. Enjoy and happy reading. 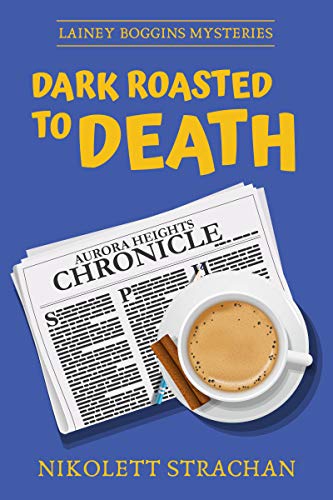 A dark roast can be deadly…

Lainey Boggins always envisioned herself being a Pulitzer-prize winning journalist. Unfortunately, she lives in the little town of Aurora Heights, where the closest thing to breaking news is who won the pie baking contest last week. So, when her high school crush returns to town and opens Aurora Height’s new cat cafe, she’s only a little reluctant to cover the story.

But when the town’s beloved mayor drops dead at the cafe’s grand opening, Lainey finds herself more than just a story.

Convinced that the mayor’s death wasn’t just an accident, Lainey begins asking questions. But her interviews lead her to a tangled web of secrets and conspiracies that the mayor had orchestrated. As is turns out, he may not have been the nice guy that everyone thought.

But someone is determined to keep those secrets hidden and if Lainey isn’t careful, she could be next…

If you like your mysteries on the lighter side with a cast of wacky characters, then you’ll love Dark Roasted to Death, book one of the Lainey Boogins Mysteries series. 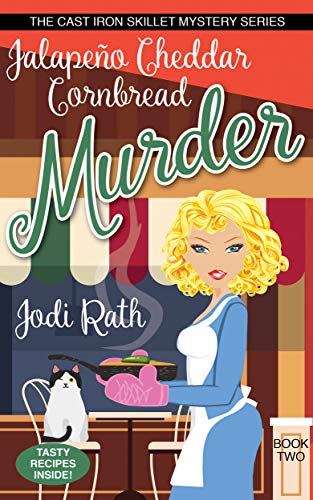 Financial fraud of elderly villagers in Leavensport, an urban sprawl threat to the community, disastrous dates, cross-sell marketing gone wrong, and another murder? Jolie Tucker is ready to try dating again. Well, she has no choice—since her family auctioned her off to the highest bidder. Her best friend, Ava, has agreed to a double date, but both friends find out hidden secrets about their partners as well as deception by one of the village’s own, who will soon be found dead. This plot is sure to be spicy!  (Amazon) 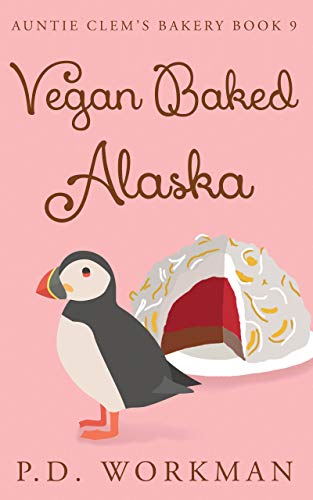 Mary Lou couldn’t have been more wrong. Of course Erin Price, gluten-free baker extraordinaire, would stumble over a body on the cruise she had won in the baking category at the Fall Fair. The trouble is, no one will believe her.

Even Terry Piper, dubbed Officer Handsome by Vic, has his doubts about what Erin claims to have seen.

Sparking an international incident wasn’t quite what Erin had planned for her relaxing vacation, but she is determined to prove that she saw what she did and to bring the culprits to justice.  (Amazon) 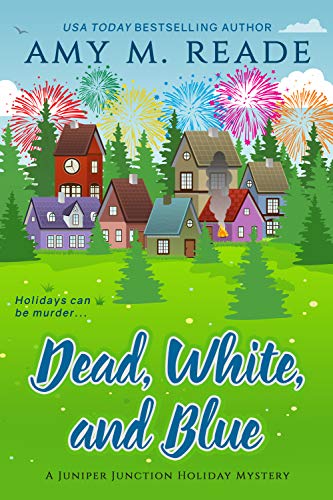 Summer is getting hotter in Juniper Junction, Colorado.

There’s a firebug on the loose, the townspeople are nervous, and Lilly Carlsen, single mom to two teenagers, has even more to worry about. She’s in charge of the Independence Day celebration, her mother’s mental health is declining, and her son is getting ready to leave for college.

But things are about to get even hotter: when a bistro owner dies at the celebration and Lilly’s best friend is charged with murder, events start hitting close to home. It’s up to Lilly to help clear her friend’s name while at the same time dealing her mom’s worsening forgetfulness as well as a coming-of-age issue under her own roof.  (Amazon) 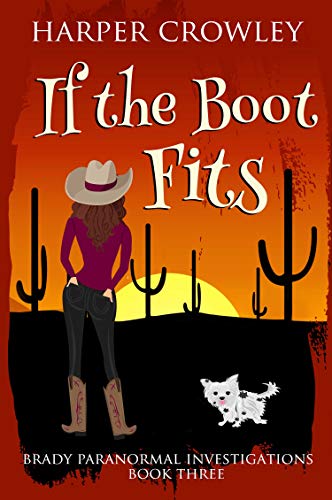 For a town too tough to die, Tombstone has more than its fair share of ghosts.

Tombstone, Arizona, is easily one of the country’s most haunted locations. So when a viewer sends Meredith and her team pictures and videos of strange lights zooming over the mountains south of this sleepy western town, they have to investigate. In fact, they decide two investigations are better than one, because what paranormal researcher can resist this most sacred of haunted places? It doesn’t hurt that they get to stay at a beautiful ranch resort owned by Beau Jimenez, handsome cowboy extraordinaire, who just so happens to be their client.

However, modern mysteries abound, overshadowing those from long ago when a very recent dead body shows up during the investigation, linking them to Tombstone. When Meredith gets too close to the heart of the mystery, danger heats up in the desert and she soon learns that some secrets, like buried treasure, were hidden for a reason.

Surrounded by actors portraying history’s most famous outlaws and lawmen, along with one hot cowboy, Meredith and her team race against the clock to find out what those strange lights are, and who is  really haunting Tombstone. Because some of the ghosts in this old western town are still very much alive, and they’re not leaving any witnesses.  (Amazon) 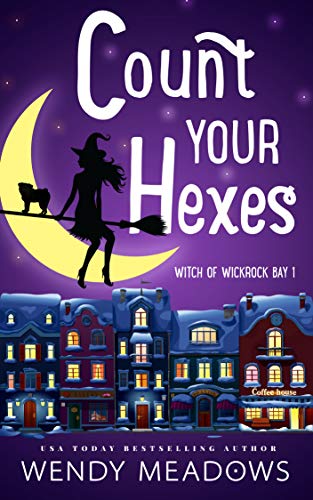 Was Daniel George an unfortunate victim of some dark magic, or some invisible revenge?

In the sleepy tourist town of Wickrock Bay, Maine, Mimi’s artifact and antique shop is a hit with customers far and wide, especially crotchety next-door cafe owner Daniel George, who likes to duck into the shop often to spot what Mimi has in her collections.  But, after three Wickrock Bay citizens rub Daniel the wrong way, in one form or another, the man moves to take action against them.

Only for him to turn up mysteriously dead.

Wickrock Bay Police Chief Robert Thompson, and soon along with his crush Mimi, are immediately on the case.  But Mimi also has to be cautious, because the object used to murder poor Daniel had come from her shop.  Wickrock Bay may be a small, cozy seaside town, but tongues could wag if enough people find this out.

This cozy mystery is a clean read: no graphic violence, sex, or strong language.  (Amazon) 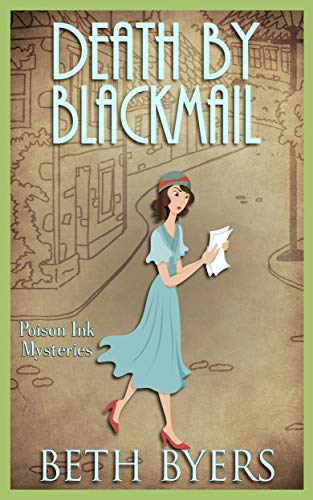 When Georgette watches a neighbor murdered over her book, she thinks the world has gone mad. With her second book on the market and mostly fiction, she expects things to go back to normal. Only another person dies. The deaths clarify her path needs to be one that leaves her hometown, Harper’s Bend, behind.

A decision that is further elucidated when she receives a blackmail letter. As Georgette deliberates what to do, she turns to her friend, Charles Aaron. Before she has even completed her explanation, another body falls. Has the blackmailer decided to ruin his victims by killing them instead of taking all their money? If so, is Georgette at risk? And will Georgette and her friends find the killer before all of her secrets out?  (Amazon) 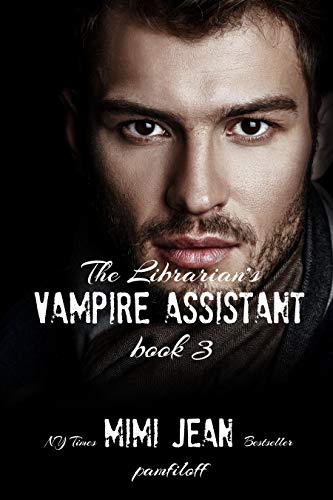 New York Times Bestseller Mimi Jean Pamfiloff comes an uncomfortably hilarious Mystery with a heaping help of sexual frustration, THE LIBRARIAN’S VAMPIRE ASSISTANT, Book Three. (Yep! It’s a STAND-ALONE. But why not read them all because…fun!)

FALLING IN LOVE WITH YOUR BOSS JUST CAN’T GET MORE AWKWARD…Michael Vanderhorst is not your usual vampire. For starters, he works in a library, is in love with Miriam, his hot nerdy human boss who has no clue what he is, and he looks like a college student.)

In reality, Michael is an ancient deadly vampire, an ex-assassin, and is currently the de facto king of his kind ever since their ruling party disappeared. To where? He doesn’t know, but if he wants his life back, he’ll have to find out. (Mystery!) Especially because a civil war is brewing, and being king makes his librarian a mark for his enemies. (She is, after all, his biggest weakness.)

With a global uprising about to explode, Michael must give her the protection of his army. Only one problem: She must become his queen first. But every attempt he makes to tell her the truth is met with extreme hostility. “Vampires aren’t real. That’s crazy talk, Michael!” Clearly, the topic frightens her.)

With time running out and her life on the line, Michael is left with one option: Marry her. Without her knowing. )

Can he pull it off? And what will happen when the fight comes to their door?  (Amazon) 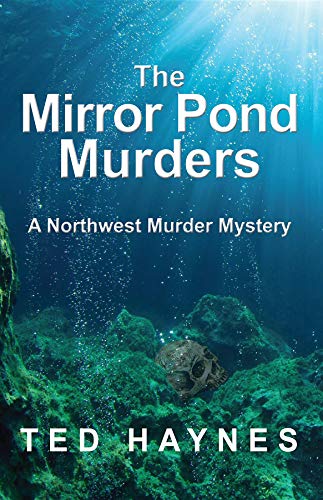 Four murders, none by a serial killer but all linked to a beautiful pond in the heart of Bend, and to Sarah Chatham, a successful Portland attorney who thought she was coming to Bend to retire. Are the killers long gone or still in Bend, pretending to be upstanding citizens? Police detective Jim Sorenson thinks one murder was an accident. Can Sarah change his mind?  (Amazon) 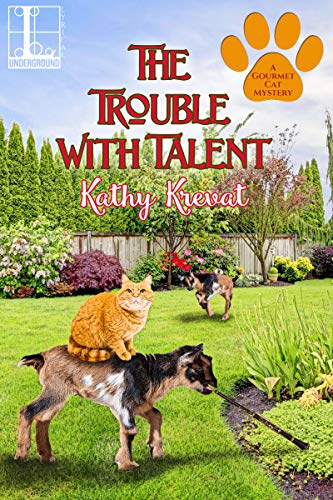 Single mom Colbie Summers has a lot to be grateful for in the run up to Thanksgiving. Relocating back to her California hometown has brought her irascible dad and adolescent son closer.  Her gourmet cat food line—vetted by her trusty taste-tester, Trouble—is about to get a big re-order. And she’s made wonderful new friends and colleagues. Too bad one them has just been accused of murder . . .

Sunnyside’s most gifted students have been at the mercy of a shadowy network of college fixers—including an abusive oboe teacher whose recommendation is necessary to get into Julliard and a school secretary who alters grades for cash. When they turn up dead, Colbie has to untangle a cat’s cradle of suspects and motivations—from livid parents and students whose dreams have been crushed to an entire secret Facebook group of spurned lovers.

Suddenly, holiday preparations just got a lot hairier. With the big re-order now on hold and the real killer still at large, Colbie discovers that someone has been grading on a very dangerous curve—and it will take all her newfound sleuthing talent to land safely on her feet.  (Amazon)