Here is a list of some of the new releases for the week of December 2nd, 2018. I am going to divide the list into 4 days because there are so very many of them for this week. Today is the second day of my list for this week. Hope you find some selections for your weekly reading. Enjoy and happy reading. 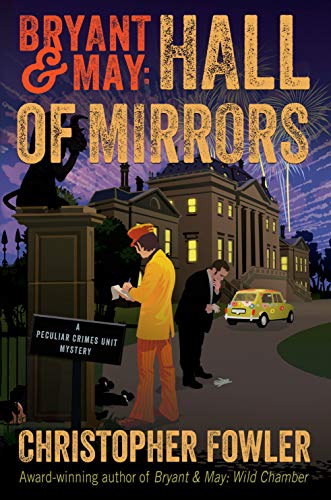 London, 1969. With the Swinging Sixties under way, Detectives Arthur Bryant and John May find themselves caught in the middle of a good, old-fashioned manor house murder mystery.

Hard to believe, but even positively ancient sleuths like Bryant and May of the Peculiar Crimes Unit were young once . . . or at least younger. Flashback to London 1969: mods and dolly birds, sunburst minidresses—but how long would the party last?

After accidentally sinking a barge painted like the Yellow Submarine, Bryant and May are relegated to babysitting one Monty Hatton-Jones, the star prosecution witness in the trial of a disreputable developer whose prefabs are prone to collapse. The job for the demoted detectives? Keep the whistle-blower safe for one weekend.

The task proves unexpectedly challenging when their unruly charge insists on attending a party at the vast estate Tavistock Hall. With falling stone gryphons, secret passageways, rumors of a mythical beast, and an all-too-real dismembered corpse, the bedeviled policemen soon find themselves with “a proper country house murder” on their hands.

Trapped for the weekend, Bryant and May must sort the victims from the suspects, including a hippie heir, a blond nightclub singer, and Monty himself—and nobody is quite who he or she seems to be.  (Amazon) 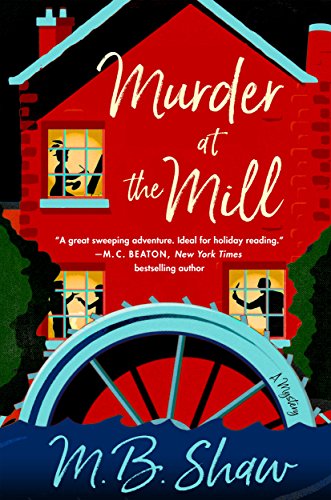 A picture hides a thousand lies… And only Iris Grey can uncover the truth.

Iris Grey rents a quaint cottage in a picture-perfect Hampshire village, looking to escape from her crumbling marriage. She is drawn to the neighboring Wetherby family, and is commissioned to paint a portrait of Dominic Wetherby, a celebrated crime writer.

At the Wetherby’s Christmas Eve party, the mulled wine is in full flow – but so are tensions and rivalries among the guests. On Christmas Day, the youngest member of the Wetherby family, Lorcan, finds a body in the water. A tragic accident? Or a deadly crime? 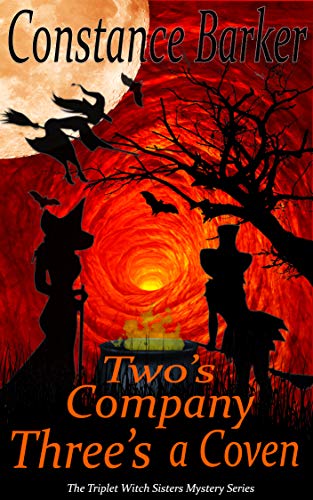 When three sisters reunite, their powers become weapons against evil. Never meeting their mother, and a very absent father, the girls are raised by a grandmother and great aunt who have hidden their parentage. But when a serial murder case is reopened, their adolescent cousin is discovered with bruises, and townspeople begin to act ominous, can the triplet witch sisters fight an evil with gifts they don’t even know they have?

Find out in this new series: The Triplet Witch Sisters Mystery Series  (Amazon) 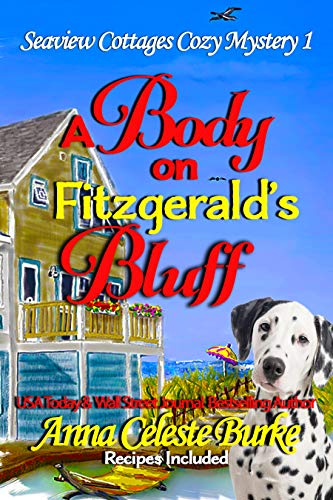 Miriam Webster’s a woman with a few secrets—can she keep them after she and her spirited Dalmatian, Domino, find a body on Fitzgerald’s Bluff?

When Miriam Webster moves into the Seaview Cottages active adult community, the last thing she expects is to find a body on the bluffs nearby. The mystery takes a quick detour when Miriam and her friends return to Fitzgerald’s Bluff with the Deputy Sheriff. The dead woman’s gone, but not for long. Where the body turns up is only one of the surprising twists the mystery takes for Miriam and her friends.

Convinced that the local deputy isn’t up to the task of finding a killer on the loose, Miriam and her gang of Grand Old Lady Detectives [G.O.L.D.] set out to discover the truth about a body on Fitzgerald’s Bluff. Can they solve the mystery without becoming the killer’s next victim?

Free to read with Kindle Unlimted

The surprises keep coming in book 2 when the Grand Old Lady Detectives take on their first client and investigate the mystery behind The Murder of Shakespeare’s Ghost. (Amazon) 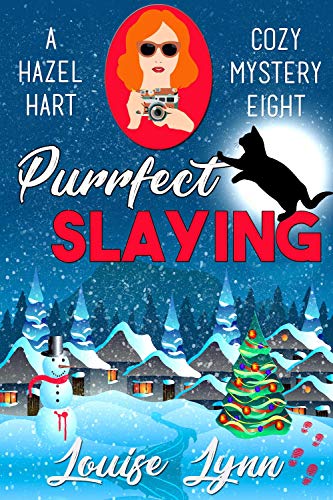 Hazel Hart is having a horrible holiday.

Not only does she have to contend with meeting her boyfriend’s parents for the first time, but she’s also hired as the photographer of the Christmas Fair and the local production of A Christmas Carol. Besides being stuck in the cold all day, she’s trapped between the men playing Santa and Scrooge and their petty rivalry.

When the rivalry turns deadly, Hazel and her feline sidekick are there to solve the case. But the deeper Hazel digs, the larger the list of suspects grows, including some of the most prominent and powerful people in Cedar Valley.

Can Hazel finish her Christmas shopping and stop a killer before time runs out?

A feel-good, cozy mystery series about a quirky photographer and her black cat solving mysteries in Cedar Valley, a small town in the Sierra Nevada mountains. These books do not contain any cliffhangers, gore, graphic scenes, or foul language. They can be read as standalones or as part of a series.  (Amazon) 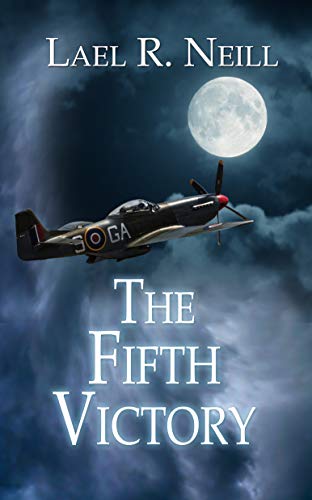 Sam Swift and his partner, Jose Martin, run a fixed base operation at a small regional airport in central Texas. They specialize in the restoration of antique aircraft, and they own a P-51D Mustang and a Mitchell B-25 medium bomber, both from WWII.
When they contract to restore a German Messerschmitt BF-109 fighter of the same era, strange things begin to happen. At first it is only misplaced tools and small items, aircraft mysteriously moved, and the arrival of Messerschmitt parts they had not ordered.
Is it possible that having mortal enemies in the same hangar has roused the ghosts of their wartime pilots, one with a goal of making ace with his all-important fifth victory?  (Amazon) 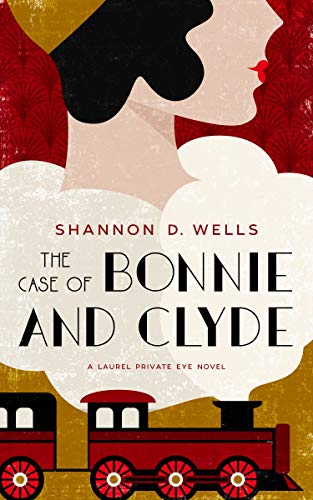 Dallas, 1932
Steel magnolia Laurel just had the worst day of her marriage and career in the Pinkerton office. Fixing either seems unlikely, without a miracle.

In Rome, Texas, the not-yet-famous duo of Bonnie and Clyde have robbed a bank in broad daylight, kidnapping the manager. A mother’s determination to find her son ends up cracking the door for Laurel’s miracle.

Given a second chance, she must team up with a husband she can’t quite trust and his too-quiet Pinkerton partner to find the kidnapped man before the apathetic sheriff does.

As they go on a wild chase through the raucous belly of good time Dallas and quiet little Rome, the trail tangles and the lies pile up. Life, love and livelihood hang on the line, and nothing is as it seems…(Amazon) 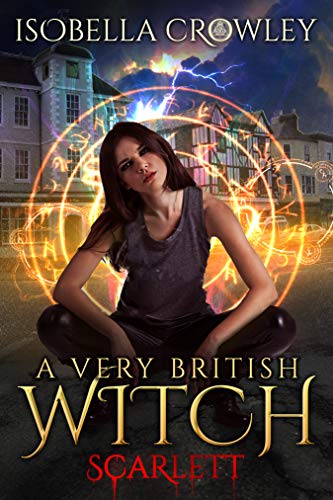 “So exciting. Can’t wait to see what happens next!”

**Set in Bicester (near Oxford) in England, UK, this paranormal cozy mystery is a little darker than most. It’s also more of a thriller than one normally expects from this genre.

Plus, it is also contains the occasional swear word.

(But don’t fret about the British, there is a glossary at the front to help you out!)**

When Scarlett is (seemingly randomly) accused of murder, she has no choice but to take up sleuthing and find a way to clear herself of suspicion.

Her only choice is to find the killer before she is arrested.

Her efforts are further thwarted by having no recollection of the night in question, and to make matters worse, weird things keep happening around her.

Meanwhile, the military police are closing in on her, and what she discovers in her own investigation is far more sinister than she could ever have imagined.

Can Scarlett figure out what’s going on before the charming, emotionally distant soldier Tim takes her into custody?

Read it now, to find out…

If you like your protagonists quirky and hilarious, your mysteries confounding, your vampires secretive, and weres dashing, you’re going to love everything in the Very British Witch series!

Not all paranormal cozy mysteries are made of sugar and spice and all things light.
Some are made of snips and snails and puppy-dogs’ tails.

You have been warned… mwhahahhaha.

Seriously though, it’s not that dark.  (Amazon) 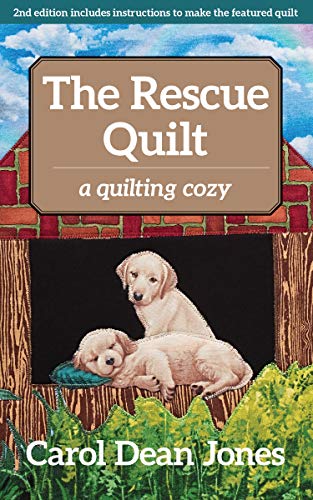 When sixty-eight-year-old Sarah Miller moves into the Cunningham Village retirement community, she is mourning the loss of her husband, her young grandson, and the place that has been home for forty-two years. But Sarah is a survivor. As she reaches out into the retirement community that is to become home, she finds friends, activities, new hobbies, and a possible love interest. The seventh installment of this fun, friendly series of cozy mysteries centers on Sarah’s friend Sophie, as she encounters several major life changes, including two new family members and a job working with abandoned animals.  (Amazon) 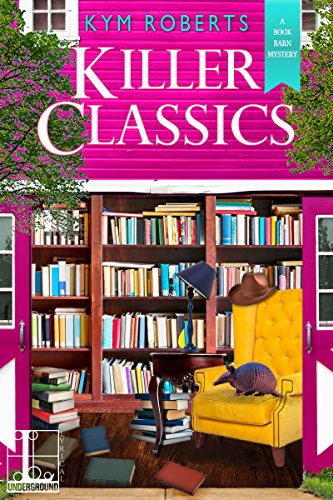 Charli takes great pride in running one of the few independent, family-owned bookstores in
small-town Texas. She vets everything carefully, with an eye to the eclectic tastes of the locals. That includes the Book Barn’s weekly book club selection. This time out it’s a mystery whose characters bear a striking resemblance to local citizens, including Charli’s friend Sugar . . . who’s the prime suspect when her real-life nemesis is found dead in a hotel’s water tank.

With help from her pet armadillo Princess, Charli campaigns to clear Sugar’s sweet name—literally—when the up-for-election mayor becomes a killer’s next target. Murder and politics make scandalous bedfellows as Charli discovers that fiction may be fatal, but reality could be just as deadly . . .

“A well written, fast-paced cozy mystery that has well developed and likable characters with good humor and a bit of romance.” —Fresh Fiction on Perilous Poetry

“An electrifying tale.”—Fresh Fiction on A Reference to Murder (Amazon)