Here is a list of some of the new releases for the week of March 4th, 2018.  I am going to divide the list into 4 days because there are so very many of them this week. Today is third day of my list.  Hope you find some selections for your weekly reading.  Enjoy and happy reading. 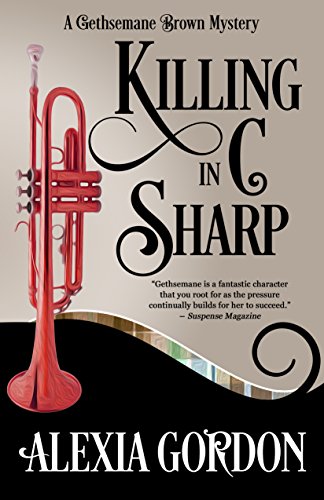 She saved Carraigfaire—but can she save her friends?

Gethsemane Brown fought off an attack by a sleazy hotel developer who wanted to turn her Irish cottage into a tourist trap. Now she must face a vengeful ghost determined to exact revenge for her murder centuries ago.

Proof Gethsemane has to quash to keep Eamon, her resident ghost and friend, from becoming an internet sensation.

As if a spiteful specter wasn’t bad enough, a crooked music reviewer turns up dead in the opera house orchestra pit, a famous composer is arrested for the crime, and Gethsemane must team up with a notorious true-crime author to clear his name.

If she doesn’t, friends will die, a ghost she cares about will never know peace, and she’ll star in a final act gruesome enough for any opera.

KILLING IN C SHARP by Alexia Gordon | A Henery Press Mystery. If you like one, you’ll probably like them all.  (Amazon) 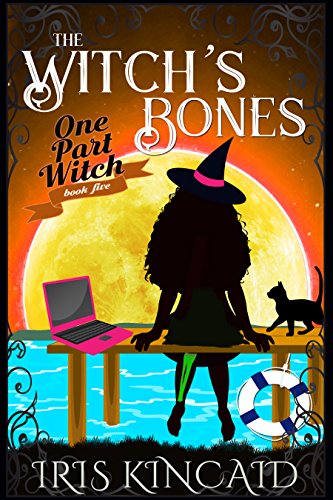 Martine Cadet waited for many years with baited breath, for a bone marrow transplant. Then she waited with a cane. Then she waited with a walker. Now that she’s in a wheelchair, she knows better than to wait. She’s reconciled to living as a hermit, confined to her home, with her computer serving as her closest companion, as well as partner in crime – she has become quite a talented hacker!

In life, Lilith Hazelwood was the most powerful witch in Oyster Cove. In death, she is determined to find and punish her murderer. Once enraged by the fact that her body parts had been used for organ transplant, she now sees the beneficiaries as the best means of avenging her own death. If they would only stop being sidetracked by silly diversions like solving human murders and finding love.

The witch’s bones provide a miraculous match with Martine’s bone marrow. But the changes will far exceed regaining the use of her legs. Lilith’s talents for clairvoyance now give Martine a clear window into future events that she’s not so sure she wants. Especially when that future involves murder. What will prove to be worse – the frustration of being thought a nutcase or the DANGER of being believed?  (Amazon) 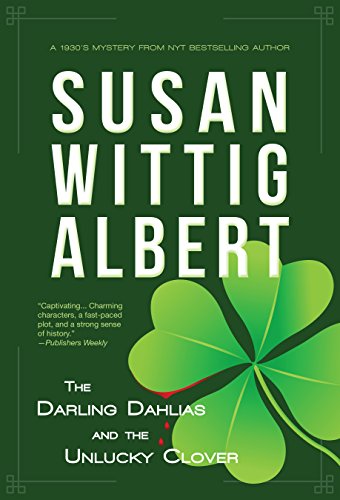 It is 1934. FDR is in the White House, the New Deal is in full swing, and Prohibition has finally been repealed. Bestselling author Susan Wittig Albert returns to Darling, Alabama, where the ladies of the local garden club aren’t afraid to dig a little dirt if that’s what it takes to cultivate a mystery . . .

When the Lucky Four Clovers run into a string of bad luck, it looks like the music may have ended for Darling’s favorite barbershop quartet—just when the Dixie Regional Barbershop Competition is about to take place. To complicate things, there’s a serious foul-up in Darling’s telephone system—and Myra May and Violet don’t have a penny for repairs. The town’s party lines may have to go out of business, which would be bad news for the gossips.

And it doesn’t help that newspaper editor/publisher Charlie Dickens is facing a crisis of confidence in his new wife, Fannie. Or that Liz Lacy (the Dahlias’ president) has to decide whether she’s ready for a do-over in her ill-fated romance with Grady Alexander. And what’s that secret her old friend Fremon is keeping? What does he know about what happened to the unlucky Clover on that dark night on the Jericho Road?

While liquor is legal again, moonshine isn’t, and as Sheriff Buddy Norris discovers when he goes into Briar Swamp to confront Cypress County’s most notorious bootlegger, it helps to have a little luck. But whatever the challenge, the Dahlias know that pie fixes everything. And you will, too, when you hear what they’re baking for Darling’s pie supper.

Once again, author Susan Wittig Albert has brought us a charming story of richly human characters who face the Great Depression with courage and grace. She reminds us that friends offer the best of themselves to each other, community is what holds us together, and luck is what you make of it. 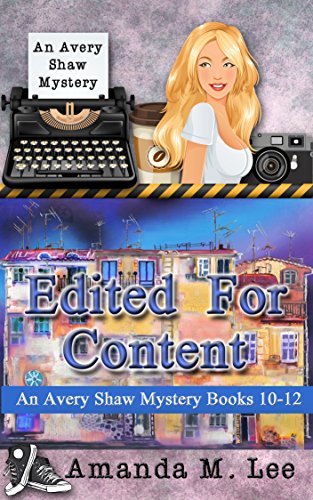 Avery Shaw is a woman on a mission and she’s taking no prisoners.
Macomb County’s favorite reporter is about to take on enemies, politicians and the typical criminals who populate her world. She’s also prepared to win at all costs while going through life with a smile on her face and an insult on the tip of her tongue.
That’s why people love her … and sometimes hate her … and almost always want to gag her.
This omnibus includes three full books: Off The Record, Unwritten & Underwater, and Extra! Extra! Dead All About It.  (Amazon) 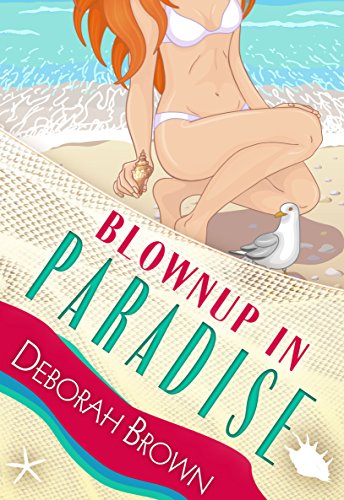 I’ve come a long way since inheriting my Aunt Elizabeth’s Tarpon Cove house and her beach cottages full of quirky residents. I strap a Glock to my thigh as easily as I slip into flip-flops.

Even Fab is going legit… mostly. When she’s hired to investigate some high-end boat thefts in Biscayne Bay, I go along to do what I do best. Chat up the help to get the real story.

Neither of us expected the case to explode—literally—and take out one of Miami’s richest men. And possibly a mistress, though no one’s found her body floating among the bits and pieces.

Somewhere in the Miami upper-crust’s phony smiles and even phonier alibis there’s someone who wanted to see Marshall Sacks dead. Someone willing to ruin Fab’s and my lives to keep their secret. It’ll take calling in every favor I’m owed to keep us out of trouble.  (Amazon) 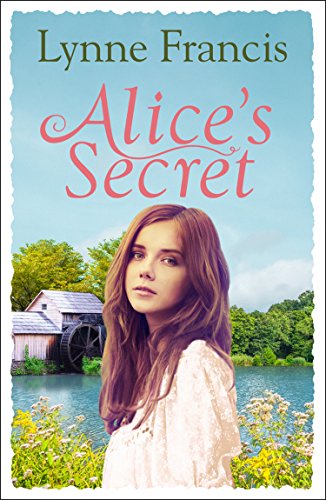 The second saga in Lynne Francis’s wartime trilogy. Prepare to be captured by the story of Alice…

Can uncovering a long forgotten family mystery change your life?

1890 Alice is the sole bread-winner for her family, working at the local cotton mill. But when she suddenly begins to attract the wrong attention, her life begins to spiral out of control…

2018 For Alys, one bad decision after another has left her feeling that her life hasn’t quite turned out the way it should have. But when her aunt is suddenly injured and in need of help baking and running her beloved café, Alys knows a trip to Yorkshire is just the escape she needs.

In lending a hand, Alys stumbles across a long-buried family mystery and quickly finds herself caught up in uncovering the truth of what happened to her great-great-grandmother Alice…

Alys won’t stop until she knows the truth. Will the secrets of her grandmother’s past help her to change her own future?

A beautiful and heart-breaking novel, that brings the past and present together in a gripping story of love, loss and hope. Perfect for fans of Rosie Clarke and Tracy Rees.  (Amazon) 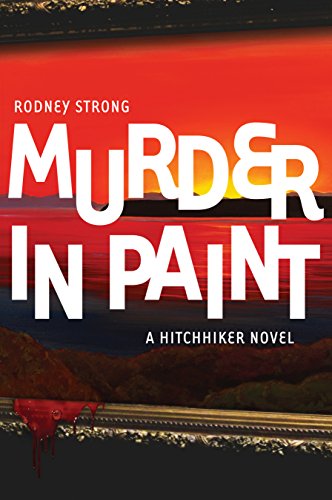 Violet Tumbleton’s name is important to her and someone has stolen it. But it’s hard to act when you’ve been dead for seventy years.

Oliver Atkinson’s life is busy. Between trying to write a book, children, and housework he doesn’t have time for the spirit that’s taken up residence in his head. Only she isn’t going anywhere until she gets her name back.

Central to it all is a stolen painting, that’s gone missing again leaving behind a lot of questions, and a dead body. Oliver must team up with a con artist to solve a murder. Along the way he has to deal with liars, thieves, thugs, and little old ladies.

And he needs to be home in time to do the school pick up.   (Amazon) 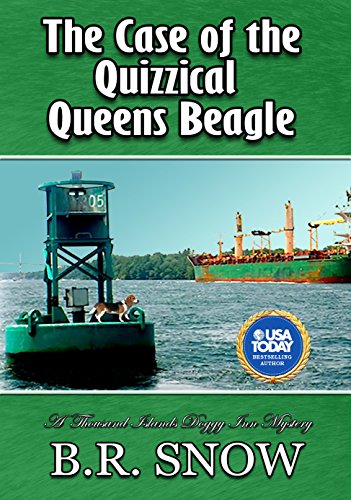 When Suzy and Josie find a beagle perched on a channel buoy in the middle of the River, soon followed by the discovery of an unknown drowned woman, Suzy soon decides that the only logical thing to do is to bring the circus to town.

Feeling overwhelmed having to dealing with her mother’s endless and elaborate plans for her and Max’s wedding, the construction of their new animal rescue center, and Chef Claire’s announcement that she needs an extended break and is planning to take at least a year off, Suzy realizes that the world she has created and come to love is about to implode.

But since nothing takes Suzy’s mind off her problems like a good murder investigation, she soon finds herself distracted dealing with the victim’s mother and her caretaker and a unique group of circus performers who all have interesting and often sordid pasts. And as she and Chief Abrams do everything they can to figure out who threw the troubled woman and her pet beagle off a boat, Suzy comes face to face with her own insecurities and selfishness, not to mention a weapon she just can’t seem to keep her hands off, a couple of clowns, an elephant, and a wild animal trainer she hates at first sight.

By the time it’s all said and done, Suzy is bruised and battered and more than ready for the next chapter in her life to reveal itself. But one thing she does know for certain; a career in the circus is definitely not in the cards.

The Case of the Quizzical Queens Beagle is the latest installment in B.R. Snow’s bestselling Thousand Islands Doggy Inn Mysteries and deals with dogs, food, and the power of friendship set in one of the most beautiful spots on the planet.  (Amazon) 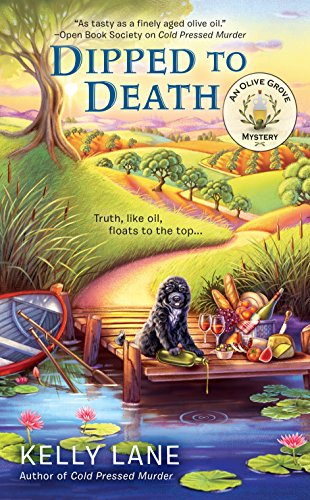 On her family’s South Georgia olive plantation, Eva Knox is on the hook for murder in the third delightful Olive Grove Mystery from the author of One Foot in the Grove and Cold Pressed Murder.

On a sizzling-hot September day, Eva Knox’s ex-boyfriend, Dudley Dexter Codman the Third, along with a bunch of his corporate cronies from Boston, arrive at Eva’s family’s guest inn and olive farm, Knox Plantation. Maps and binoculars in hand, the New Englanders claim they’re on a bird-watching holiday. Only, Eva knows that her ex doesn’t know the first thing about birds. Nor does he care.

Eva can’t fathom why he’d show up after all these years in her off-the-beaten-path hometown–nearly 1,200 miles from Boston. When Dudley’s body is found drowned in the pond, Eva starts fishing for answers. But she doesn’t have much time after authorities determine that her ex was poisoned by one of Eva’s family’s olive oils. She’ll have to find the real killer before her family is caught for murder.  (Amazon) 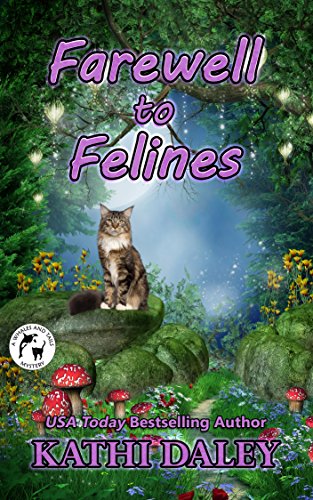 The Hollow is a magical place where the cats of Madrona Island have lived since before the island was developed. When Cait’s witch friend Tansy alerts her to the fact that the cats are leaving the hollow for no apparent reason, Cait sets out to investigate. During the course of her investigation she finds a startling irregularity that is not only causing the cats to leave but is responsible for a human death as well.  (Amazon)