Here is a list of some of the new releases for the week of March 11th, 2018.  I am going to divide the list into 4 days because there are so very many of them this week. Today is the fourth and final day of my list for this week.  Hope you find some selections for your weekly reading.  Enjoy and happy reading. 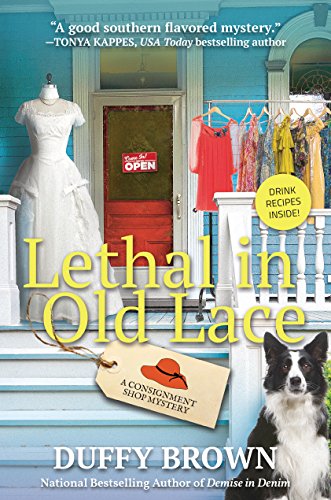 There are two social functions in Savannah guaranteed to get people talking: weddings and funerals. And just as consignment shop owner Reagan Summerside agrees to marry the hunky Walker Boone, her neighbors, sisters Annie Fritz and Elsie Abbot, step up their business as professional mourners. They are so successful that the Sleepy Pines Retirement Center has hired them as a part of their retirement package. But the celebration over good business is cut short when the residents at Pines suddenly begin dying at an alarming rate. And the sisters are the first suspects.

Reagan has her doubts, however, and begins to look into the strange phenomenon. But then something even stranger happens: a body winds up in the sisters’ pink Caddy. The evidence begins to pile up and the suspicious case of Willie Fishbine, who swindled the sisters out of a fortune and coincidentally died prior to the Pines case, is reopened.

Not wanting Willie to be buried until they can find the killer responsible for the murders, Reagan must catch the culprit in time to walk down the aisle. Witty, fabulous, and full of charm, Lethal in Old Lace is perfect for fans of Ellery Adams and Jenn McKinlay.  (Amazon) 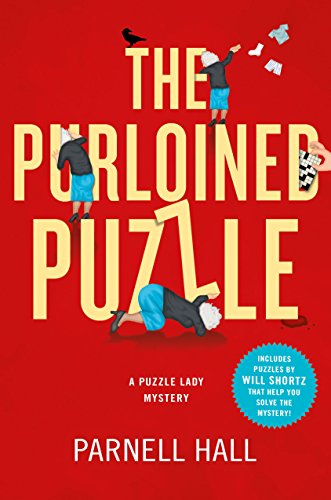 Amateur sleuth and crossword impresario Cora Felton is asked to solve a puzzle, only to find that it’s been stolen—and a murder weapon has been left in its place.

When the obnoxious sixteen-year-old Peggy Dawson asks Cora Felton to solve a puzzle for her, Cora is delighted to find that the puzzle has been stolen. She is less delighted, however, when a blood-stained knife is found in its place.

Soon a body is discovered in the middle of Main Street, and Cora has a murder investigation on her hands. It does not help matters when she hears that her least favorite ex-husband, Melvin, is in town pulling a real estate scam, particularly when she discovers that Melvin may have purchased the knife. Now it’s up to the Puzzle Lady to figure out what really happened.  (Amazon) 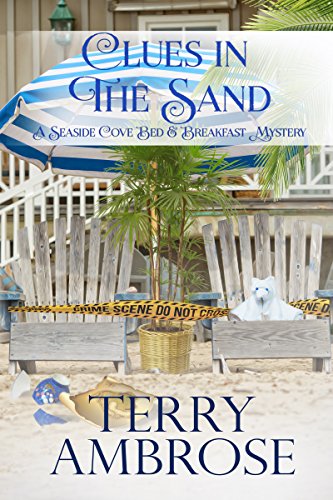 To Rick Atwood’s dismay, the police find a body on the beach near his Seaside Cove B&B. The dead woman held a pottery shard from an ancient rice bowl, which the cops believe is a clue to her murder.

The chief suspect is Flynn O’Connor, a female archaeologist known for her hatred of treasure thieves. Trouble is, Rick’s daughter Alex sees Flynn as a role model and will not believe her friend is a killer.

Alex pressures her dad as only a ten-year-old can to prove Flynn is innocent. The mayor is also making demands—for Rick to stay out of the investigation. With his daughter and the mayor at odds, Rick sees trouble brewing. He knows too well how much Alex loves sticking her nose where it doesn’t belong. Especially when there’s murder involved. (Amazon) 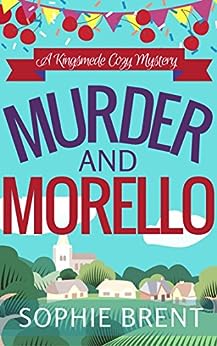 What do you do when the maid of honour is found dead at a celebrity wedding and the wedding cake goes up in smoke?

This book will delight fans of TV shows like ‘Midsomer Murders’ and ‘Murder She Wrote’ who love reading cozy mysteries such as the Agatha Raisin and Peridale Café series.

Lottie Brannigan was thrilled to be asked to make the wedding cake for her friend Zoe’s cousin. But when the maid of honour goes missing just after the wedding ceremony and there is a fire at the hotel wedding reception, the sumptuous three tier cake goes up in smoke.
Murder has come once again to the village of Kingsmede, and Lottie is caught in the middle.
Running an Italian deli in an English country village has never been so deadly! 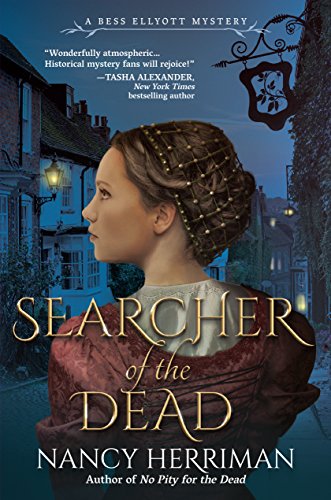 Herbalist and widow Bess Ellyott tries to escape the loss of her husband in Elizabethan London only to find that death is following her, and she may very well be next in Searcher of the Dead, the first in a new historical mystery series by Nancy Herriman.

Living amid the cultural flowering, religious strife, and political storms of Tudor England, Bess Ellyott is an herbalist, a widow, and a hunted woman. She fled London after her husband was brutally murdered, but the bucolic town in the countryside where she lands will offer her no solace. She still doesn’t know who killed her husband, but she knows one thing: The murderer is still out there. This becomes all too clear when Bess’s brother-in-law, a prosperous merchant, is himself found dead—dangling from a tree, an apparent suicide.

But Bess doesn’t believe that for a moment, and nor do her neighbors. Competition is cutthroat in the 17th century, and word around the town holds that the dead man is a victim of rival merchants scheming to corner the wool market. Bess, though, is convinced the killer is out to destroy her family.

Town constable Christopher Harwoode will cross members of his own family to help Bess find the killer—whose next target may very well be Queen Elizabeth I—in this unshakably gripping, devilishly unpredictable series debut that will delight fans of Alison Weir and Philippa Gregory.   (Amazon) 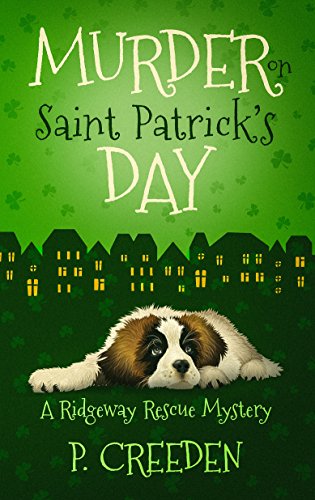 It’s St. Patrick’s Day and 20-year-old Emma Wright is working hard at training five-month-old Molly, her foster puppy, to become a therapy dog. But her training coach and neighbor gets an emergency call, cutting the lesson short, and Emma volunteers to pick up her daughter at a St. Patrick’s Day concert in town.

When Emma arrives, the concert has just finished up, and the teenage girls are visiting with the band. Then the lead singer stumbles and falls to the ground, dead. Emma becomes the only level head in the crowd and calls for help. When the Sheriff and Colby arrive, they investigate it as a potential accident. But Emma finds subtle clues that something more sinister is going on. Did the leader of the band die in an accident, or was it murder?  (Amazon) 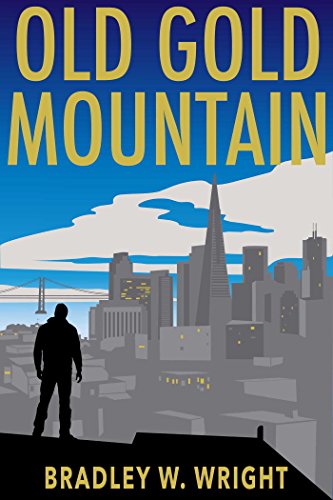 Justin Vincent is a San Francisco based artist who leads a secret double life as a cat burglar. He likes the freedom, money, and self-determination his unusual career provides but also increasingly feels that it is a life he fell into by accident. When a valuable painting is stolen from his lover, Valerie, Justin agrees to use his underworld contacts and knowledge of the black market to help. The search leads him to an antiquities dealer who has fallen on hard times and a mysterious European middle man. With the help of his friend Ashna, a skilled hacker, and Gabrielle, owner of an art gallery in Nice, Justin gathers clues that lead him to a mysterious chateau in the South of France and a dangerous web of secrets and lies. To escape with his life and complete his objective, Justin’s skill, luck, and perseverance will be tested to their utmost limit.  (Amazon)
Editions Available:  Kindle 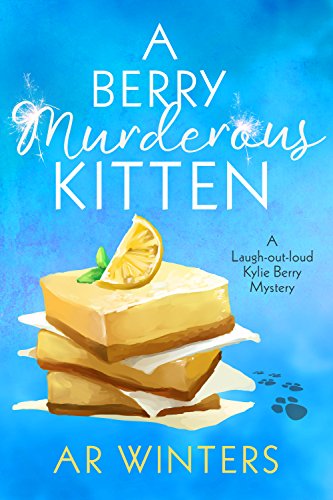 When Cameron Caldwell, infamously bad waiter and known womanizer, is found dead on the doorstep of Sarah’s Eatery, new owner Kylie Berry yet again becomes the talk of the town.

After very publically rejecting Cam’s amorous advances the day before his death, Zoey Jin, Kylie’s regular customer and fledgling best friend, becomes the prime suspect in his murder. To complicate matters, Zoey’s estranged ex, Max, breezes back into town to exonerate the woman he not long ago abandoned…

Is Zoey, who stuck by Kylie thick-and-thin, truly capable of killing Cam? Was the killer a slighted customer, or a heartbroken woman on his path of emotional destruction? A jealous boyfriend whose girl he stole blazing that path?

Kylie learns the basics of the kitchen, while she and Zoey, with some help from her kitten, Sage, sift through the facts to learn the truth about Cam’s murder!

A Berry Murderous Kitten is the second book in the Kylie Berry Mystery Series. Though it can be read as a standalone, it’s best read in series order.

This is a laugh-out-loud cozy mystery featuring a strong female protagonist, some unusual friends and family, and a mystery that needs solving! It has no graphic gore, bad language or sex.

“A cute light read with a final twist at the end.” – Stacey Puleio, Amazon.com  (Amazon) 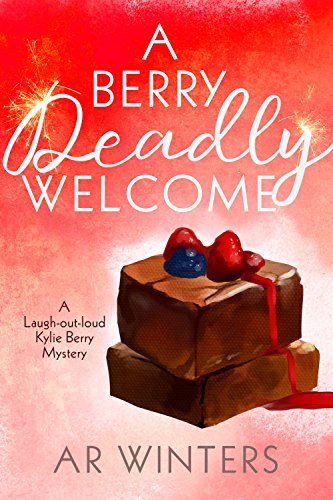 Welcome to Sarah’s Eatery, where the food is to-die-for!

Escaping a dreadful marriage and an angry ex-husband, Kylie Berry moves to the small town of Camden Falls, Kentucky, to run her cousin’s café, Sarah’s Eatery. Only one problem: Kylie can’t cook to save her life, and the longtime chef walks out on Kylie’s first day.

Answering the call for a new chef, in walks lovely Rachel Summers, a friendly local brownie-addict who immediately gets the job. But when Rachel is found dead a few hours later, all fingers point to Kylie and her killer brownies.

Could Kylie have made a major kitchen blunder and poisoned the woman? Did a bitter former employee tamper with her pantry? Or was there more to Rachel than the kind smile and eager-to-please attitude she sported at the interview?

With the help of the few remaining café regulars, Kylie sets out on a journey to uncover the truth behind who killed Rachel Summers!

This is a laugh-out-loud cozy mystery featuring a strong female protagonist, some unusual friends and family, and a mystery that needs solving! It has no graphic gore, bad language or sex.

“A cute light read with a final twist at the end.” – Stacey Puleio, Amazon.com  (Amazon) 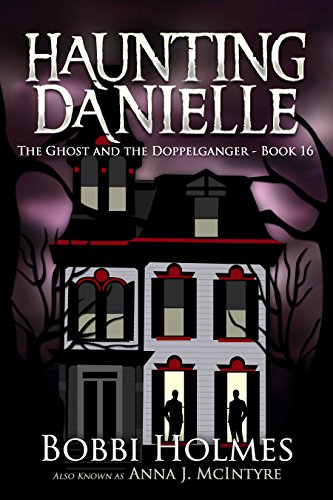 They say everyone has a double. Walt’s distant cousin, Clint Marlow, could be his twin.

When the unscrupulous cousin arrives at Marlow House with his fiancée, he conceals his real reason for being there.

But, unknown to Walt—and his cousin—the Universe has its own plans, and none of them will ever again be the same.  (Amazon)