Here is a list of some of the new releases for the week of March 11th, 2018.  I am going to divide the list into 4 days because there are so very many of them this week. Today is third day of my list.  Hope you find some selections for your weekly reading.  Enjoy and happy reading. 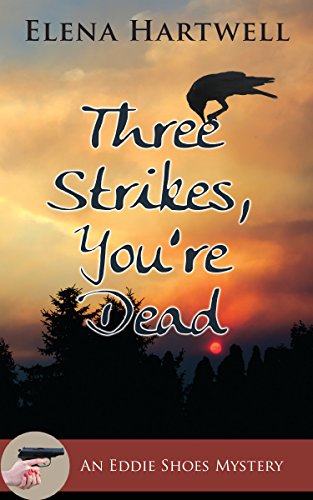 Private investigator Eddie Shoes heads to a resort outside Leavenworth, Washington, for a mother-daughter getaway weekend. Eddie’s mother Chava wants to celebrate her new job at a casino by footing the bill for the two of them, and who is Eddie to say no? On the first morning, Eddie goes on an easy solo hike, and a few hours later, stumbles upon a makeshift campsite and a gravely injured man. A forest fire breaks out and she struggles to save him before the flames overcome them both. Before succumbing to his injuries, the man hands her a valuable rosary. He tells her his daughter is missing and begs for her help. Is Eddie now working for a dead man? Barely escaping the fire, Eddie wakes in the hospital to find both her parents have arrived on the scene. Will Eddie’s card-counting mother and mob-connected father help or hinder the investigation? The police search in vain for a body. How will Eddie find the missing girl with only Eddie’s memory of the man’s face and a photo of his daughter to go on? Book 3 in the Eddie Shoes Mystery Series, which began with One Dead, Two to Go.  (Amazon) 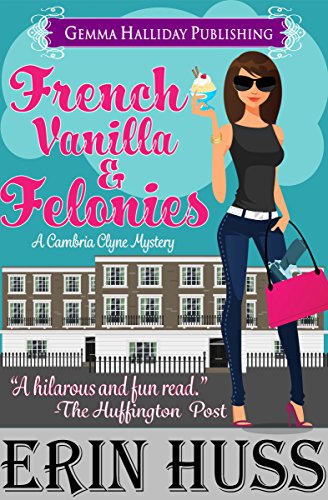 When Cambria Clyne—klutzy, twenty-something single mom—takes the job of an apartment manager at an LA complex, she hopes her run of bad luck is finally coming to an end. She’s got a nice home for her daughter, a steady source of income, and the cute maintenance guy is certainly a nice perk! But her luck takes a bad turn again when a dead body turns up, a crime spree takes over the community, and Cambria finds her complex squarely at the center of it all!

With her dream job suddenly on the line, Cambria dons her detective hat to get to the truth—after all, she’s watched enough crime shows on TV to know how to catch a perp! Or so she hopes as she wades through a streaker in apartment 40, an ex-con with a shady agenda, an overly frisky retired couple, and the suspiciously sneaky dealings of the dentist in apartment 36. But will Cambria be able to catch a killer… or will she get caught up in his game and lose it all? 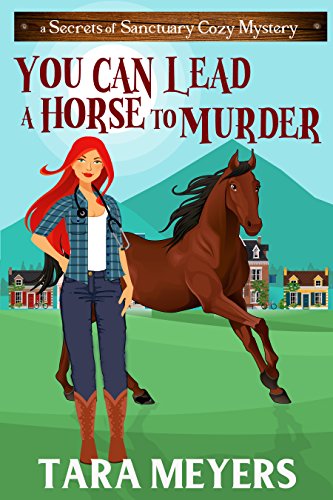 There’s a killer in Sanctuary, and the prime suspect is a horse!

When spirited Ember Burns is led back home to open her own veterinary practice, her first client lands her in the middle of a mystery. It starts as a desire for Ember to clear her name, and turns into a personal entanglement in a rapidly unfolding story of lies and deceit.
The small mountain town of Sanctuary has always had its secrets. Who can be trusted? It’s been ten years since Ember lived there but roots run deep. Discerning friend from foe isn’t an easy task. Relying on her intelligence and instinct, Ember tries to piece the clues together as the town gears up for its centennial celebration.
From the quaint historic shops, to the rugged mountains surrounding them, Ember works to unveil the true culprit before they get away with murder.  (Amazon)
Editions Available:  Kindle 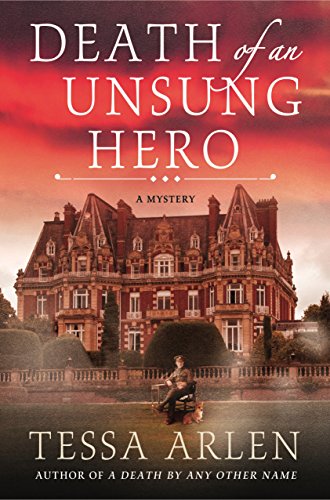 In 1916, the world is at war and the energetic Lady Montfort has persuaded her husband to offer his family’s dower house to the War Office as an auxiliary hospital for officers recovering from shell-shock with their redoubtable housekeeper Mrs. Jackson contributing to the war effort as the hospital’s quartermaster.

Despite the hospital’s success, the farming community of Haversham, led by the Montfort’s neighbor Sir Winchell Meacham, does not approve of a country-house hospital for men they consider to be cowards. When Captain Sir Evelyn Bray, one of the patients, is found lying face down in the vegetable garden with his head bashed in, both Lady Montfort and Mrs. Jackson have every reason to fear that the War Office will close their hospital. Once again the two women unite their diverse talents to discover who would have reason to murder a war hero suffering from amnesia. 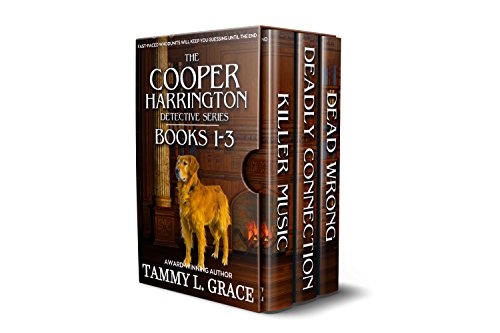 These fast-paced whodunits will keep you guessing until the end.

Coop, a Nashville lawyer turned private detective known for his love of coffee, snarky t-shirts, and talent for solving cases, is entrenched in murders of late. He, along with his faithful dog, Gus, and his right-hand assistant, Annabelle, work together to solve murder cases full of twists and turns.

This trio includes the first three books in the award-winning Cooper Harrington Detective Novels and each book features a new murder case. You’ll find a bit of humor, a dash of southern charm, a dog who is more like a furry best friend, plenty of comfort food, and murder, of course. If you enjoy complex characters with a few quirks and plots that keep you guessing, you’ll love Tammy L. Grace’s detective series.  (Amazon) 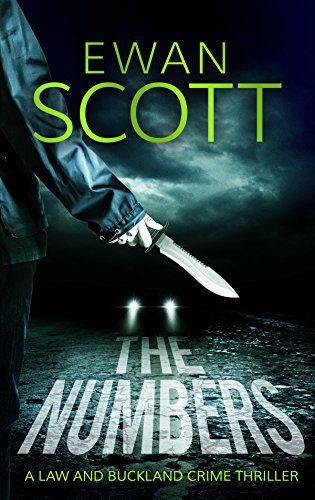 Just another day on the traffic-choked London motorway.

Until a body turns up near the M25 slumped behind the wheel of a car, a bag tied over his head. A list of seemingly random numbers tucked under the wipers. And the killer’s signature: a child’s toy left on the back seat.

The press call him The Road Ripper-a vigilante who hunts reckless drivers on the M25. This is victim number 6.

DCI Arthur Law and rookie DS Ellie Buckland race to decipher the clues before The Ripper strikes again. But he’s always one step-and one murder-ahead. What exactly is this brutal killer trying to say? How many more people have to die? One thing is for sure: The Ripper won’t stop until he gets what he wants.

The Numbers is the first book in a series featuring DCI Law and DS Buckland.

About the Author
Ewan Scott is the pseudonym of a Scottish medical practitioner who lives in the south of England. At various stages of his life, he’s worked as a barman, truck loader, pathologist, and surgeon. He trained in Glasgow and has worked in Glasgow, Dundee, Nottingham, Amsterdam, and London as well as warmer places: the Gold Coast of Australia, Barbados, and Brunei. He loves aviation, scuba diving, and sailing. He has written for medical journals and textbooks throughout his career. THE NUMBERS is his debut novel.  (Amazon) 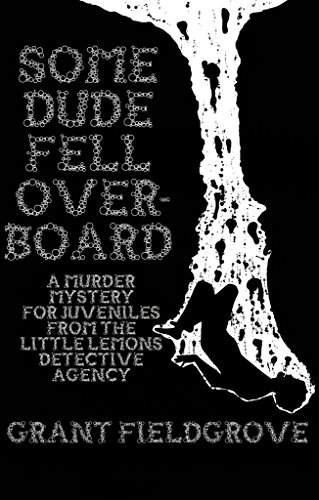 Cruises are the perfect vacation for relaxing in the sun, eating until you’re sick, visiting beautiful islands and…MURDER! A family trip on the high seas leads to danger and another investigation by the Little Lemons Detective Agency…with some help from a couple of real detectives who just happen to be their parents. A man goes overboard and dies. Did he jump? Did he fall? Or did he have a little help? These are just a few of the questions our heroes must answer if they plan on returning to the mainland alive. Some Dude Fell Overboard is a fun and funny murder mystery for grade-school kids and far beyond. So set up your Adirondack chair, stretch out, catch some rays and enjoy the latest mystery from THE LITTLE LEMONS DETECTIVE AGENCY.  (Amazon)
Editions Available:  Kindle, Paperback 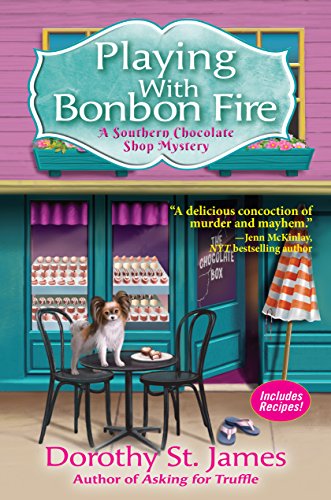 Chocoholic Charity Penn must smoke out the killer to stop her newly inherited beachside chocolate shop from going up in flames in Dorothy St. James’ decadent follow-up to Asking for Truffle.

Chocolate shop owner Charity Penn is finally settling into life in the quirky South Carolina seaside town of Camellia Beach cooking up chocolate treats. She’s even helped organize the town’s lively beach music festival which has brought rollicking crowds eager to dance the Carolina shag. That is, until one of the band’s lead singers is found dead beside a beach bonfire.

While also trying to balance the amorous attention of music star Bixby Lewis, in town for the festival, and her quest to perfect a new hot flavored bonbon, Charity dives into the investigation. Though it’s more spice than sugar when she discovers a threatening note, comes across decades of age-old secrets, and Bixby comes into the line of fire when a gas grill explodes on the deck of a beachfront house.

Now Charity must turn up the heat and catch the killer before her chance melts away in Playing With Bonbon Fire, the delightful second Southern Chocolate Shop mystery served up just right for fans of JoAnna Carl and Joanne Fluke.  (Amazon) 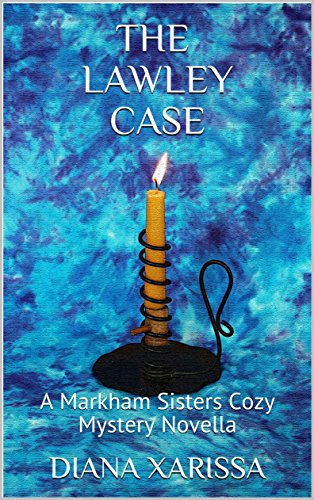 Janet Markham is starting to feel almost settled at the bed and breakfast she owns with her sister, Joan. When their neighbour and gardener, Stuart, tells Janet that he thinks someone might be growing plants for illegal drug manufacturing in Doveby Dale, Janet insists that they go straight to the police. Stuart agrees, but only if they visit the farmer he believes may be providing the land for the operation first.

A visit to Martin Lawley’s farm raises more questions than it answers, though. It seems obvious that something suspicious is going on, but what?

Can Janet work out what Martin’s stepson is really up to? Can Aggie, Janet’s clever kitten, help identify the criminals? And can Janet and Joan deal with their most difficult guests yet? (Amazon)

The national bestselling author of A Churn for the Worse returns to the Amish community of Heavenly, Pennsylvania, where shop owner Claire Weatherly must unravel the perplexing ties between a lost piece of jewelry and the disappearance of a cherished author.

When a mysterious rattling sound confounds the guests at Heavenly’s local inn, Detective Jakob Fisher steps in and cleverly deduces the noise’s source. But the necklace he discovers sparks an even larger mystery when Claire realizes it’s connected to the writing of a popular author who’s vanished and left her fans clamoring for a new book.

Determined to track down the necklace’s owner, Claire vows to follow the clues wherever they lead—even if it means finding someone who might not want to be found . . .

“A fascinating cozy that showcases the culture of the people.” —Gumshoe Review

“Bradford’s characters are some of the best developed, most interesting ones I’ve come across in a cozy mystery.” —Lesa’s Book Critiques  (Amazon)