Here is a list of some of the new releases for the week of March 18th, 2018.  I am going to divide the list into 4 days because there are so very many of them this week. Today is first  day of my list.  Hope you find some selections for your weekly reading.  Enjoy and happy reading. 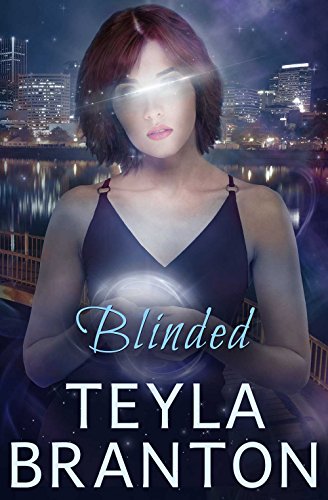 A chilling repeat imprint of a murder and a fiery near-death makes Autumn rethink everything she’s learned about her ability and what she has become.

When a rash of elderly deaths occur in Portland, Autumn Rain is called upon to use her ability to read emotions imprinted on physical objects in an attempt to track down the killer. The antiques shop owner and part-time police consultant is more than willing to go undercover with Shannon Martin, the infuriating detective she might be falling for.

Crime boss Nicholas Russo is also back in town to claim the favor Autumn owes him. If she doesn’t pay, her life and those of her family will be at risk, but helping Russo might mean the deaths of other innocent people.

A chilling repeat imprint of a murder and a fiery near-death has Autumn rethinking everything she’s learned about her ability and what it has made her become.

And then things really get crazy.  (Amazon) 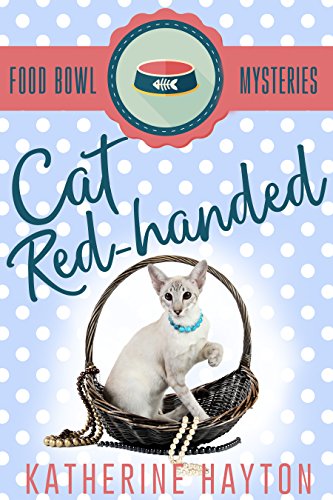 Thor is back on the case again, tracing down the source of his food bowl crisis so life can return to normal. With a rumbling stomach feeding his motivation, Thor must confront his oldest enemy to gain the information that he needs.

But when Thor finds out that he can only sort the problem by traveling to the big smoke of Christchurch, he starts to doubt his own abilities.

Only by conquering his fears and delving deeper into the courage bowl than ever before, can Thor avoid tasteless meals forever.

“Cat Red-Handed” is the second in a new cozy mystery series told from the cat’s POV. Thor’s adventures began with “An Impawsible Situation” and conclude with the third in the series “You’re Kitten Me.”

Scroll up and one-click to solve the food bowl mystery today!  (Amazon) 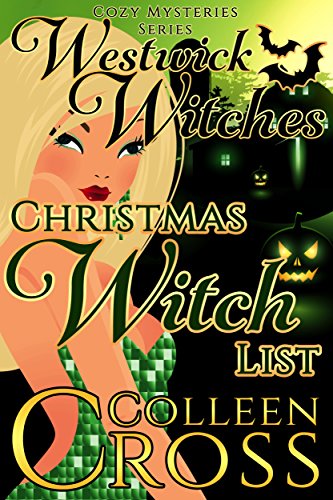 Eat, Drink, and Be Poisoned..

.
Cendrine West is looking forward to a cozy Christmas Eve dinner when a blizzard blows in, bringing with it a flurry of unexpected guests. But tipsy witches and mischievous magic spell a recipe for disaster, especially when a guest turns up dead. Cen’s sleuthing exposes a Santa-sized sack of trouble and everyone’s a suspect, even her hunky sheriff boyfriend.Is it a deadly accident by a drunken witch…or something more sinister? Murder is on the menu and only magic can uncover the truth in this witchy, wacky, Yuletide thrill ride!

The Westwick Witches cozy mysteries are for fans of fun, cozy mystery books with a paranormal twist! If you haven’t already read the first 3 books in the series, Witch You Well, Rags to Witches, and Witch and Famous, get them now in a specially priced Westwick Witches Magical Mystery box set.
“Five stars for my favorite combo of magic, mistletoe, and murder!”

“…One of the best paranormal mystery books I’ve read in ages. An imaginative detective mystery that combines the best mysteries of an Agatha Christie whodunit novel with a Harry Potter fantasy book, this is magic for grown-ups!”

Sign up for Colleen’s new release notifications at http://eepurl.com/bkYx01 or visit http://www.colleencross.com

Witch cozy mysteries are for fans of fun, cozy mystery books with a paranormal twist!

Sign up for Colleen’s new release notifications at http://www.colleencross.com and be the first to know of new releases!

Westwick Corners isn’t your typical small town. Or even a normal ghost town. It’s where people go not to be found, and witches go to work their magic without attracting too much attention. The combination makes from some interesting and humorous mysteries, and the witches are always at the center of the action!

Ruby’s cooking, Cendrine’s amateur sleuth and investigator activities, and Aunt Pearl’s magic school are always looking for that one secret ingredient that will propel the witches to fame and fortune and put the small town of Westwick Corners back on the map again. The witches are forever cooking up new business opportunities like The Westwick Corners Inn, The Witching Post Bar and Grill, and of course, Pearl’s Charm School, where witches go to unravel riddles, spin magic spells, and create their own witch mysteries. Too bad they are forever getting distracted because there are always strange things happening in Westwick Corners, from petty crime to murder.

Witches who unlock mysteries, solve crime, and help those in need. They are collectively a kind of a witch of all trades, because pitching in–or is it witching in– is what you do in a small town. Everyone helps out. Even Grandma Vi the ghost investigates and sleuths. But when everyone pulls together, it’s not always in the same direction! If you like a good puzzle, a good laugh, and a good witch mystery series, you’ll love these cozy mystery books! Available both as ebook cozy mystery books and cozy mystery paperbacks. 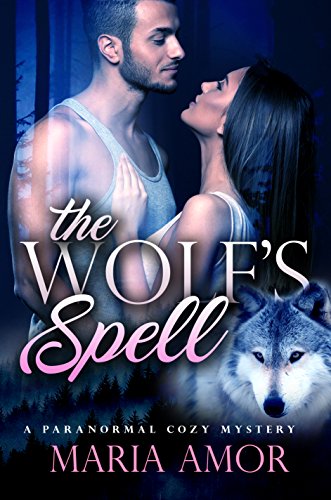 Mary Archer was a witch who liked to keep herself to herself. She definitely did not enjoy drama.

So when a handsome young man named Blake Sawyer turned up on her doorstep asking for help she was hesitant to get involved.

It turns out Blake had been accused of murder and needed her to cast a spell that would help him clear his name.

However, to make matters more confusing, Blake was a werewolf. A werewolf that Mary found herself very, very attracted to.

Can Mary really help Blake be proved innocent? And could the two of them put their differences aside to begin a romantic relationship? Or will unseen forces prevent them from getting what they both want?

This is an EPIC Paranormal Cozy Mystery that features steamy scenes and a SURPRISE ending that will leave you stunned. Escape right now with this extra special novel!  (Amazon) 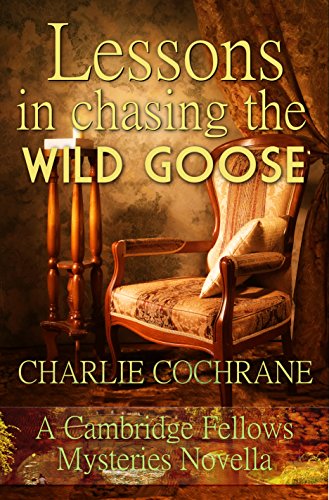 Jonty Stewart and Orlando Coppersmith like nothing more than being handed a mystery to solve. But why would anybody murder a man with no enemies? And was it murder in the first place?  (Amazon) 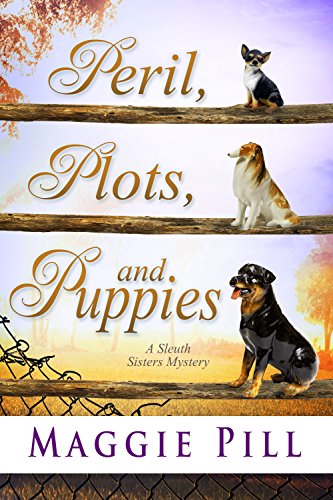 When a midnight murder comes to Allport, Barb is observed conducting one of her “Correction Events” nearby. The police want to question the Grammar Nazi, and Retta insists the only way to save Barb’s reputation is to solve the crime before her secret activities are revealed to the whole town.
The victim was a newcomer to Allport who was engaged to marry a local businessman’s attractive but spoiled daughter. Retta finds Frannie Habedank particularly irritating, since the younger woman commands the attention of just about any man who comes near her. Perhaps rightly and perhaps not, Retta is convinced Frannie killed her fiancé.
As the Sleuth Sisters probe the mystery, they learn that Frannie’s father wasn’t completely happy with his prospective son-in-law. Many back in his home town considered Steve Deline a “slug,” and even the man’s own brother hasn’t got much good to say about him. It’s difficult to eliminate any suspect, but who would take violent action and end his life with a blunt metal object?
On a different case the sisters uncover a puppy mill, which results in the seizure of two dozen neglected and pitiful dogs. Faye’s whole-hearted plunge into helping with their recovery means she’s distracted from other events.
As Faye re-homes dogs and Barb frets about being exposed as the Grammar Nazi, Retta wrestles with a question of her own. She has a life-changing decision to make by the end of the year, and it’s already December. She’d like some advice, but when everyone she knows is involved, where can a woman get objective input?
Though personal issues get in the way, the sisters know that when the situation takes a perilous turn, they can count on each other. Combine resources. Stand together. Sister power!  (Amazon) 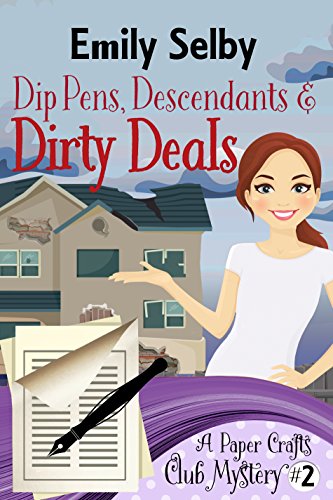 Katie has just returned from a weekend away, only to find… another dead body right under her window and the beautiful ring missing from her drawer. Yes, that ring!
Is the missing ring a clue to solve the murder mystery? Why was the victim killed using Katie’s dip pen? And most importantly, will Katie find out who has been on a killing spree this time around? 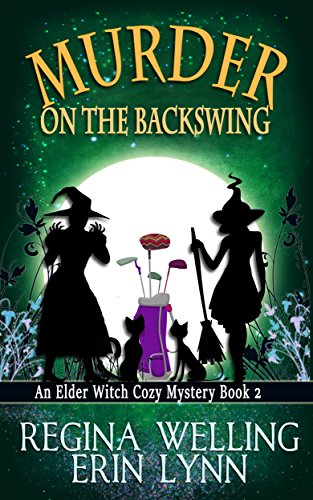 Sister witches Magaret and Clara Balefire are starting to wonder if they should have opened a detective agency instead of an antique shop.

For the second time since moving to the sleepy coastal village of Harmony, the pair find themselves involved in a murder investigation–only this time, finding the killer also means clearing the Balefire name.

As if that weren’t enough drama, the thousand-year-old coven leader Mag and Clara are supposed to be keeping tabs on seems intent on exposing magic to the entire town.

If you like wise witches, perilous pixies, and solving murders, you’ll love this humorous magical story full of chaos and intrigue.

Murder on the Backswing is the second book in theElder Witch paranormal cozy mystery series.

This is a full-length, humorous paranormal cozy mystery novel.  (Amazon) 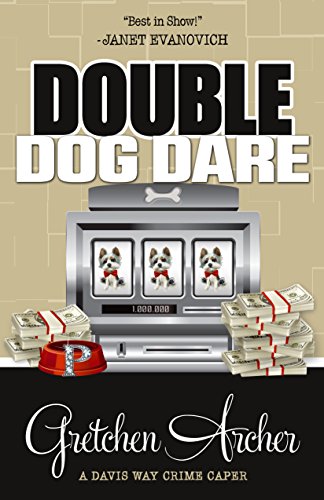 Davis Way Cole lives a (relatively) quiet, (somewhat) simple, and (completely) witch-free life with her husband and twin daughters on the 29th floor of the Bellissimo Resort and Casino in Biloxi, Mississippi. Until Bootsy Howard shows up demanding a million dollars.

What was marketing thinking when they booked the Southern Canine Association’s annual dog show at the Bellissimo? And what was Davis thinking when she agreed to let a dog stay with her? For a week? In her home? The home where she lives a (fairly) quiet, (reasonably) simple, and (totally) manicotti-free life?

The last thing Davis needs is an unsolicited house call from Pine Apple, Alabama’s latest excuse for a doctor. But since he’s there, considering she has a dead body on ice, she might as well have him determine the cause of death. Which he doesn’t. Nor is he any help finding the body when Davis loses it.

On top of all that, he won’t leave, further disrupting Davis’s (more or less) quiet, (to a certain degree) simple, and (utterly) seersucker-free life. A life that’s about to go to the dogs. Unless Davis can learn a few new tricks. Fast.

Guaranteed woofs, the best thing since the bone, take Double Dog Dare for a walk and you’re sure to unleash a treat.

DOUBLE DOG DARE by Gretchen Archer | A Henery Press Mystery. If you like one, you’ll probably like them all.   (Amazon)